Portraits and objects in three dimensions 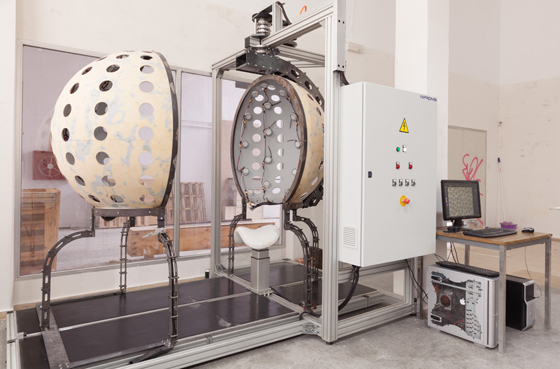 What is the Veronica?

The Veronica Chorographic Scanner (referred to as the Veronica) is a bespoke 3D scanner designed by Manuel Franquelo Jr. and built in Factum Arte to record faces and objects within a 50 x 50 x 50 cm range. Originally conceived for the anti-ageing industry, the Veronica is specifically designed to capture the fine surface detail of the human face. The technology is not limited to faces - any object that fits within the range of focus and can remain still for 4 seconds may be captured as well. There are currently two versions of the scanner; a 'mask' scanner and a 'bust' scanner.

The high-resolution 3D recording system was developed through the contributions of artists, artisans and technicians working under one roof at Factum Arte in Madrid. It is based on the emerging technologies behind composite photography and photogrammetry. These techniques have now enabled the possibility within photographic portraiture of quickly recording 3D form as well as 2D, which can then be viewed on screen or re-materialised through a range of 3D printing and prototyping systems. 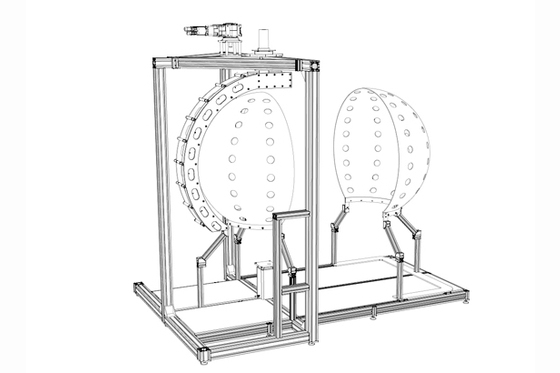 Drawing of the Veronica scanner design 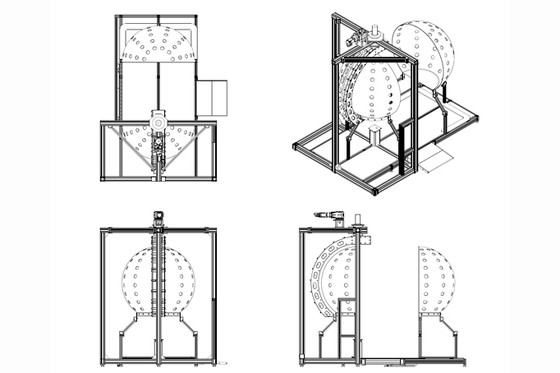 Elevation plans of the Veronica scanner 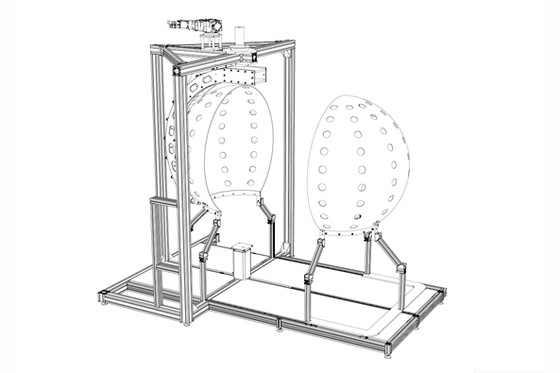 Drawing of the Veronica scanner design

Veronica: A portmanteau of the Latin word Vera (truth) and the Greek word Icon (image), the name Veronica is reflected in the Christian legend of Veronica’s Veil, the story of a Jerusalemite who wiped the sweat and blood off Jesus’ face as he bore the cross to Calvary. Through no human intervention, Jesus’ likeness was imprinted on the veil. This image – made without the subjective distortion and inaccuracies resulting from human touch - became the model for all icons: the Vera Icona or true image.

Chorography: In Ptolemy’s text Geographia (2nd C AD) he writes that Geography is the study of the world we inhabit but Chorography is "an impression of a part, as when one makes an image of just an ear or an eye”. The term Chorography refers to a specific point - a place, region or district as opposed to the whole world. As a graphic technique, its importance lies in the fact that it is an additive process based on drafting multiple views rather than plotting cartographic measurement – an approach that is conceptually similar to photogrammetry. 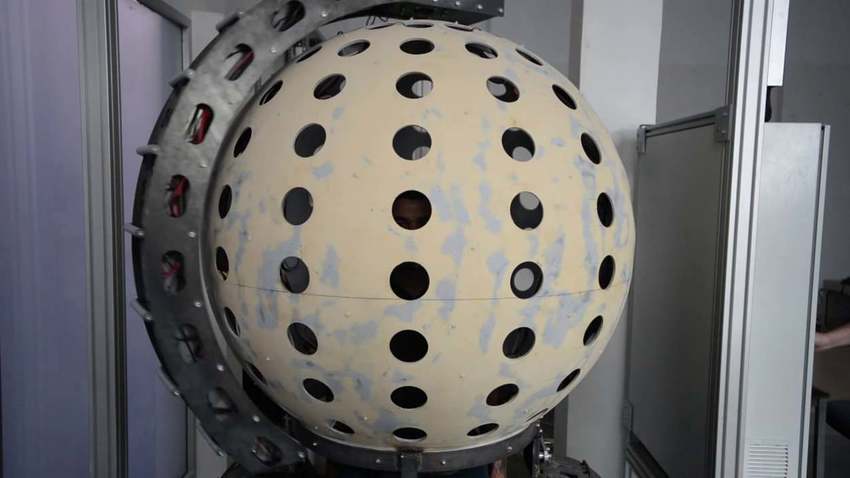 The video shows the Veronica scanner in action

The theory behind the Veronica is based on multi-view photogrammetry. Photogrammetry has existed since the birth of modern photography in the 19th c. and is the science of making measurements from photographs. Technically speaking, it is the process of capturing a subject from multiple angles, then subsequently collating and aligning these images based on similar points of reference processed using a range of different visual computing algorithms, in order to create a three dimensional representation of the subject. Photogrammetry has long been in use to record topographical form using aerial photography and has developed alongside advancements in the fields of photography, digital technologies, electronics and computer vision. The invention of digital photography has allowed the development of digital photogrammetry. Vast amounts of data can be processed at high speed and for the first time photogrammetry can now compete with many other forms of 3D recording in terms of resolution. The main advantage in practical terms is that all that is needed is a camera and image processing software. The Veronica scanner works by generating a 'feature map' through aligning fixed points from many different high-resolution images of a subject taken with commercially available cameras. The points to be aligned are extracted from the colour data of the photographs. It is important that the object being scanned is still and that the lighting is even and diffused in order for the software to accurately identify similar points. Once the ‘features’ have been fixed, they are built into a 3D map that relates each point to every other point. This process facilitates the acquisition of vast amounts of high resolution colour and 3D data. The Veronica can record surface detail down to the pores in the skin whilst also capturing the shape of the head with metrological accuracy. 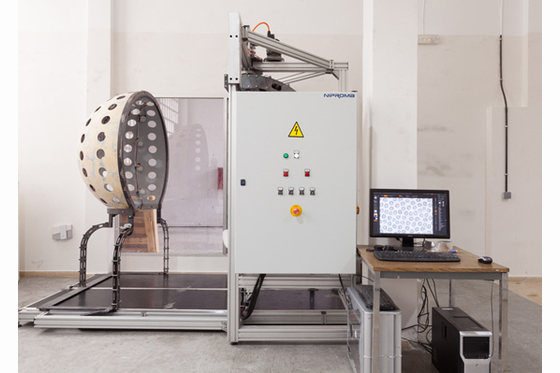 The Veronica scanner installed in the Photogrammetry section of Factum Arte 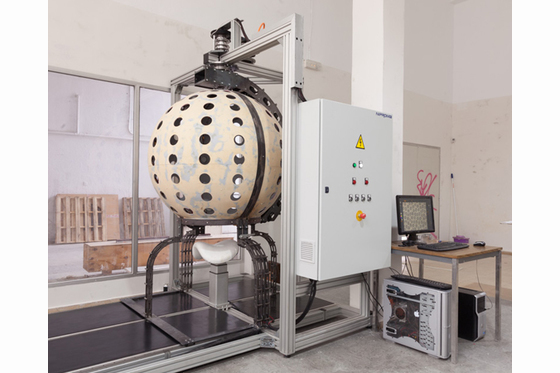 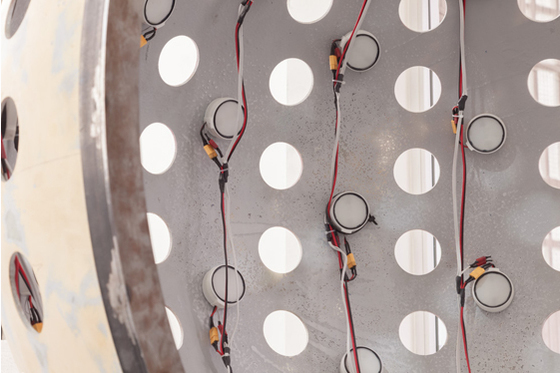 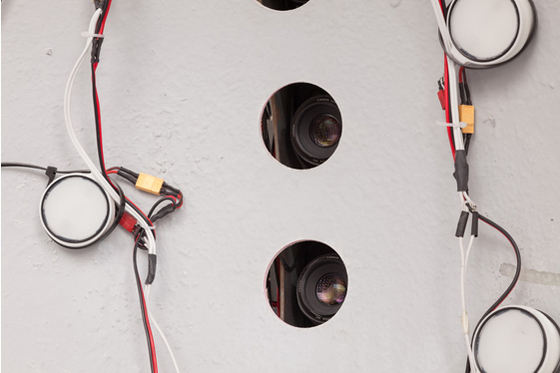 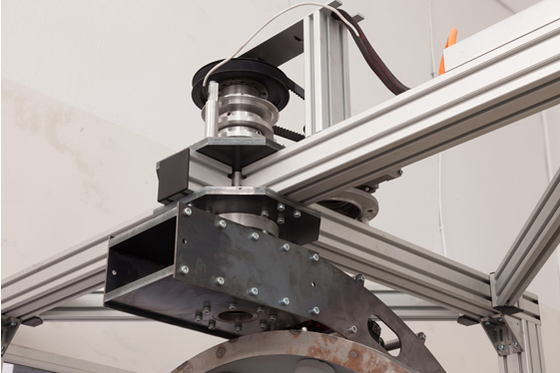 Specialised 3D software is used to process the data from a colour image and map it onto the 3D form. This approach results in high-resolution 3D and colour information being recorded at the same time. This can be used for for screen-based visualisation and for physical re-materialisation. The resolution of this information is dependent upon the number of cameras, the image quality and the algorithms embedded in the software. The data can be prepared as a dense point cloud or as a triangulated mesh of many millions of polygons.

What can you do with the data?

The Veronica scanner has evolved over a period of two years into a fully integrated package that can go from the portraiture sitting to a processed 3D file in a matter of hours. The resulting 3D file can then be materialised at any size and in many materials. Some uses include:

1) Documenting and recording artistic and cultural objects with the purpose of archiving the data for further study or for re-materialisation.
2) Portraiture - from the recordings of celebrity, royalty, aristocracy, and politicians to every day characters.
3) Annual recordings of children as they grow.
4) Recording for statistical analysis to monitor change (e.g. comparing a plaster cast to its original).
5) Recording for medical purposes.
6) Recording for anti-ageing purposes.

The Veronica's data can be used by a host of output devices that print in layers, harden liquids, carve or use other methods to materialise volume from a mesh of polygons. The data can be materialised in an array of materials, for example alabaster, marble, resin, wax (then to be used to cast bronze), silver or gold, Murano or crystal glass and laser etched blocks of glass up to 15 x 15 cm. For more ephemeral applications it is possible to print in chocolate, ice, salt and sugar and many other edible or transient materials.

For computer gamers it may be a game-changer, for artists it is the raw material to model in virtual or physical form, for parents it can be a record of their children in specific moments in time, for loved ones it can create keepsakes, for those changing their looks it can be an objective record against which to compare anti-ageing treatments and for surgeons it can be an invaluable guide. The Veronica is an adaptable scanner, the uses of which are limited only by the size of the subject to be recorded and the creativity of its users.