Factum Arte uses different scanning systems and approaches to meet different requirements. Though many of these recording systems are now obsolete and have been replaced by systems such as the Lucida Scanner, they have been of great use for many years.

The SETI and YABBA scanner

The scanners developed by Factum Arte in the early 2000s were designed to scan in high-resolution the surface of the tomb of Seti I, a majestic but fragile tomb in the Valley of the Kings. At the time, the laser scanner industry was far removed from the art world and the equipment was unsuitable for scanning for conservation purposes.

Built in collaboration with 3D Scanners (UK), the Factum Arte SETI Scanner used a Class 3A red light laser similar to bar-code readers. The laser does not generate any ultra-violet light and only contacts the surface of an object for a fraction of a second. Factum Arte carried out tests demonstrating that laser scanning does not visibly alter the surface of an object. This system has been used for a variety of projects including the recording of the surface of a 10th century manuscript from the Biblioteca Nacional in Madrid and for recording objects for Marc Quinn. 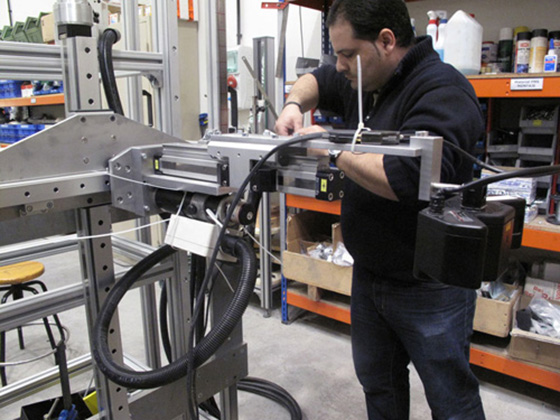 Javier Ortiz from IPREM modifying one of the different numeric controlled robots design for our scanners. 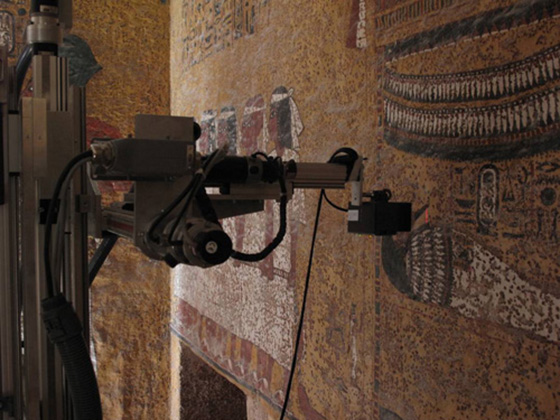 Surface scanning the tomb of Tutankhamun 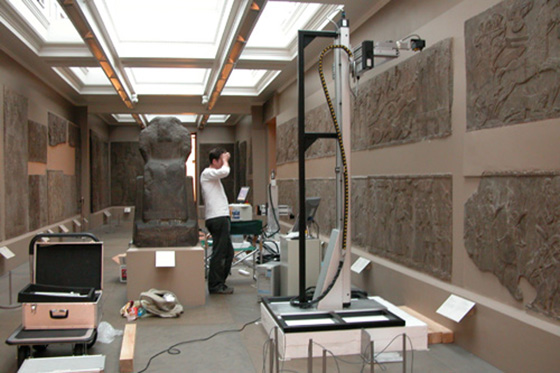 Factum Arte has also used the Zaphyr 50 scanning system, designed by French company Kreon to record large-scale sculptures or reliefs. The recording system´s resolution should be as high as the SETI scanner, but being mounted on a 7-axis SimCore arm, its resolution significantly lowers. 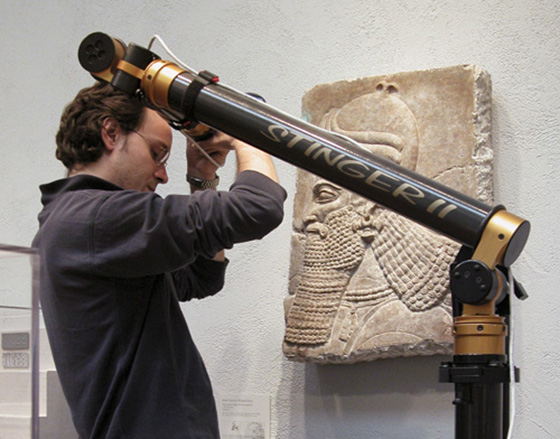 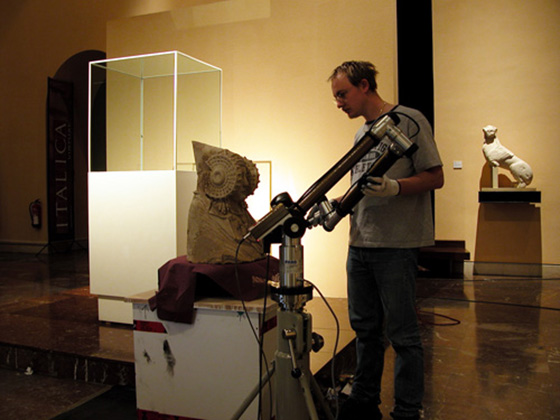 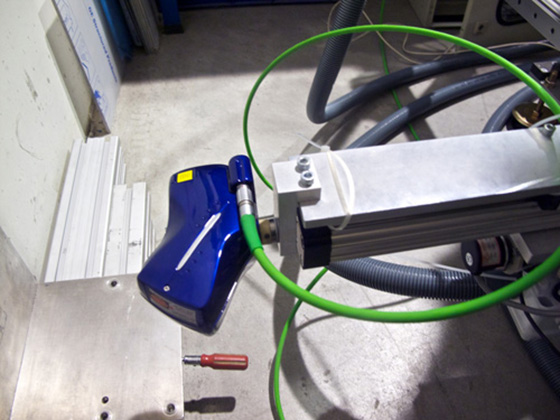 We tried to mount one of these systems onto a robot but the level of precision required for this kind of scanning demands a huge investment in heavy guides which prevent it becoming a portable system.

A scanning system developed especially for scanning the Wedding at Cana painting by Paolo Veronese in the Musée de Louvre. The special conditions of the job requiered scanning at night during closing times of the museum, for this colossal painting is displayed in the same room as Leonardo's iconic Gioconda. 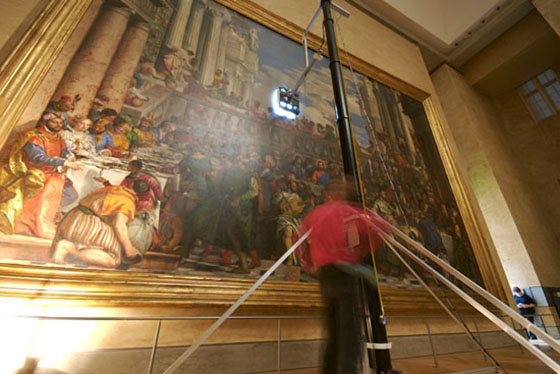 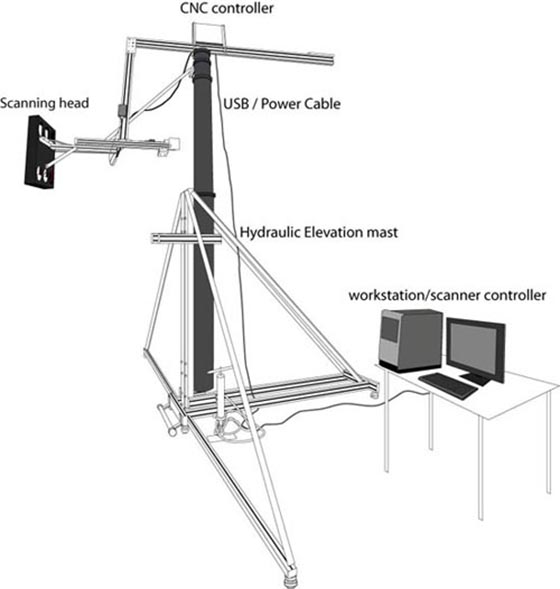 A diagram of the Cana scanner setup.

Go to Wedding of Cana project.