What do we mean when we talk about digital conservation and restoration?

By contrast, digital conservation does not change the object, or even involve physical contact with it. Any interventions take place entirely in digital space, although the processes and findings can also be used by traditional conservators to inform physical conservation.

At its simplest, digital conservation can mean the creation of a digital record of an object. A high-resolution recording provides an authoritative record of the work’s appearance at a given point – a vital document given the extent to which objects change over time. Conservators may wish to create a record like this before conducting physical conservation on an object, allowing them, and their successors, to subsequently look back at what the object looked like prior to intervention. Because conservation techniques change with every generation, preserving a record of the pre-conservation state of objects has become an indispensable part of the conservation process, and 3D digital recordings offer a more complete visual representation of an object’s surface than any other method.

In the case of Fra Angelico’s Annunciation, scanned at the Museo del Prado in 2019, a recording was made just after a major restoration of the painting. 3D and colour were recorded by Factum Foundation using the Lucida Scanner and panoramic photography, while the museum performed infra-red reflectography and x-ray radiography. The results are helping conservators and curators at the Prado to better understand the painting’s current condition and past restoration history.

Digital recordings can also form the basis of digital restoration: lost elements can be reinserted into the model, or a fragmented artwork can be reassembled.

For the 16th-century map of Bologna scanned in 2011 at the Apostolic Palace in the Vatican City, Factum’s digital restorer Anna Paola Ferrara used photoshop to remove cracks and discoloration to the original map, and in close consultation with Francesco Ceccarelli, lecturer at the Alma Mater Studiorum (the University of Bologna), used contemporary maps and drawings to restore buildings which have been lost due to damage to the fresco – most notably, the Basilica di San Petronio and the Castello di San Martino in Soverzano.

As the map had been altered in certain places by earlier restorers, decisions also had to be made about whether to keep these restorations or whether to attempt to return the fresco to its original state; in the end, two digital versions were prepared, one with the restorations present on the original object, and one without them. This is one of the great advantages of digital restoration: where a traditional conservator only has one object to work with, a digital conservator can produce multiple copies reflecting different stages in the life of an object. In the case of the Bologna map it is a moot point which of the two digital restorations shows the truest version of the object: one preserves elements of the original as it is today, while one reconstructs more closely the appearance of the original fresco painted by the workshop of Lorenzo Sabatini.

One of the most ambitious digital restorations undertaken by Factum is that of a colossal equestrian statue sculpted in plaster by Antonio Canova. The sculpture was broken up by the museum's director (with the permission of the cultural authorities) in 1969, and the original artwork in its current state consists of a series of large plaster fragments, which for a long time were stored in crates in a basement of the Musei Civici in Bassano del Grappa. Approached in 2016 by the new director of the Musei Civici, Chiara Casarin, Factum Arte took on the task of scanning and digitally reassembling the statue.

Each fragment of the horse was individually scanned using photogrammetry and structured light scanning before being imported into the 3D sculpting program ZBrush, where Factum’s 3D sculptor Irene Gaumé reassembled the parts in virtual space into their original configuration. Although the puzzling together of the different parts was largely possible on screen, however, in order to ensure correct posture and weight distribution it was decided to print out the parts at a reduced scale and to assemble them as a maquette; this was then itself scanned and used as a basis for adjusting the digital model. Finally, the gaps between the fragments were digitally filled in, creating a 3D model of Canova’s horse at sufficient resolution to allow rematerialisation at a 1:1 scale.

The digital restoration of Canova’s horse allows visitors to visualise this sculpture as a whole for the first time in 50 years, offering an entryway into the complex histories both of this extraordinary object and of the Musei Civici. It also opens new routes for scholarship, as for example by enabling comparison between Canova’s plaster composition and the final bronze, which was cast after his death in altered form when the commission was taken on by another sculptor. Finally, the restored digital model opens up the possibility of a future rematerialisation of the statue in bronze as a civic monument for Bassano del Grappa, the closest city to Antonio Canova’s birthplace.

The following video shows some of the steps involved in the digital restoration of the horse, as well as the casting of a bronze model at a scale of 1:10. 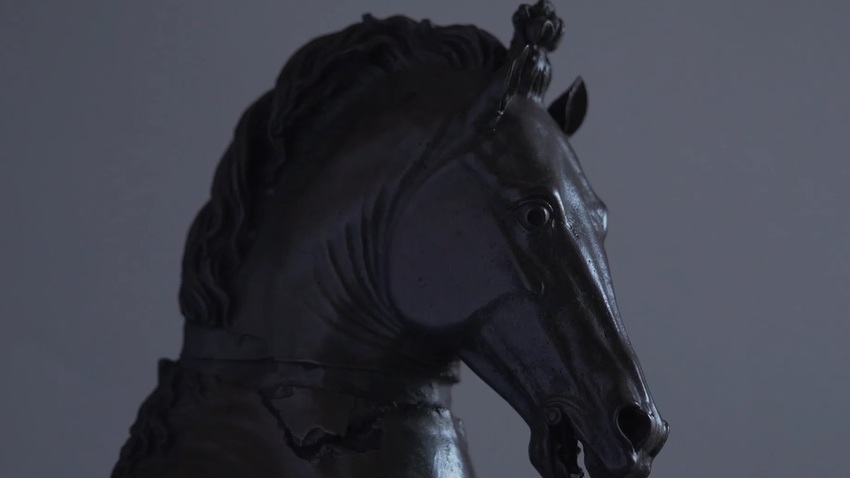 Digital restoration as a prelude to making a restored facsimile

In the case of one 18th-century tapestry fragment, digital restoration has already led to the re-creation of the original. The tapestry, which measures 283 x 437 cm, had had to be taken down from its location in the stove room of the Museo Cerralbo in Madrid due to its poor condition, but as a major artwork and a vital element of the room, it was decided to install a restored facsimile in its place. Following the cleaning of the original and its recording using panoramic photography, damaged areas were digitally repaired and where previous restorations had resulted in fading, lost colours were restored. Following extensive tests, the altered file was then printed onto a fabric with a similar appearance to the original weave.

In this instance as in many others, the process of digital restoration encouraged conservators to examine the work in the same meticulous manner as they would have for a traditional conservation procedure – but with more leeway for exploring and visualising different options without the pressure of commitment to a single one.

The recreated tapestry also contributes to the ongoing preservation of the original work: it allows the Museo Cerralbo to take the fragile tapestry off display while providing visitors with an identical alternative to admire and learn from. In an age where global footfall to cultural institutions is higher than ever before, facsimiles have a vital role to play in taking pressure off vulnerable originals. 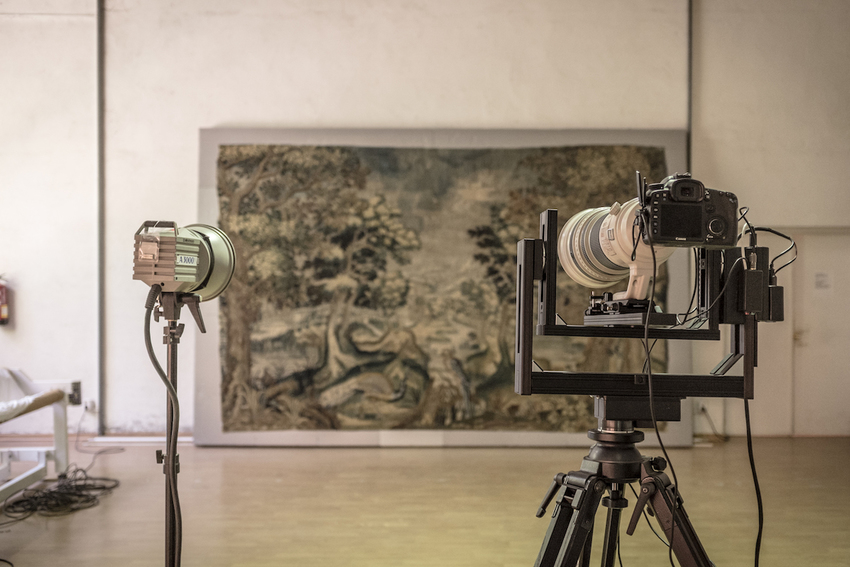 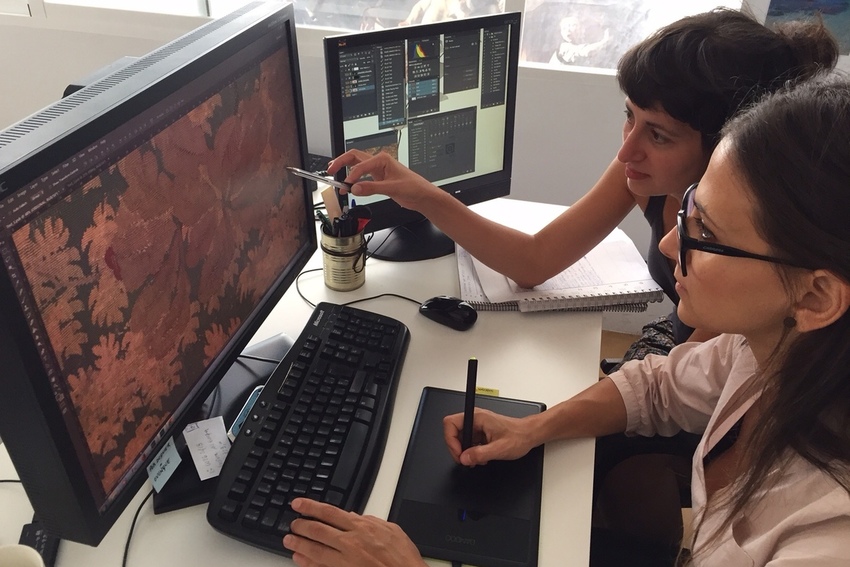 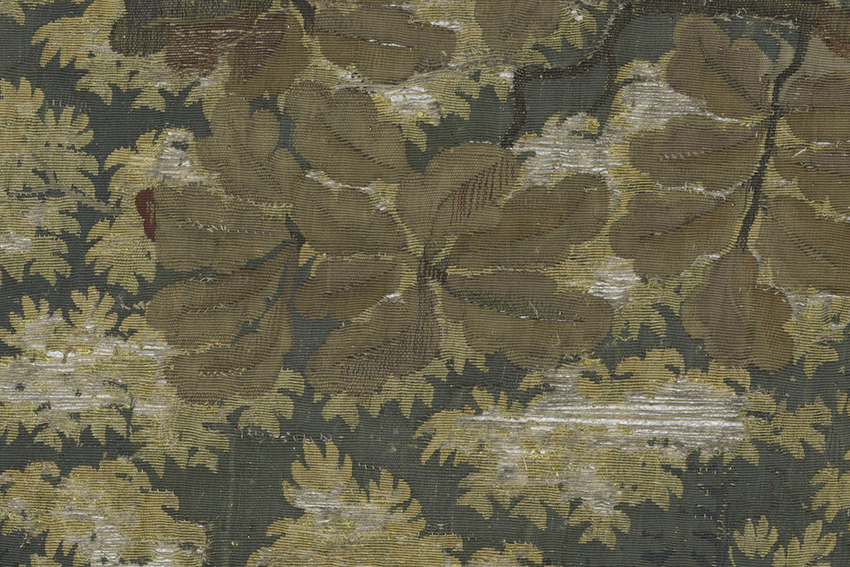 A section of the tapestry prior to digital restoration © Factum Foundation 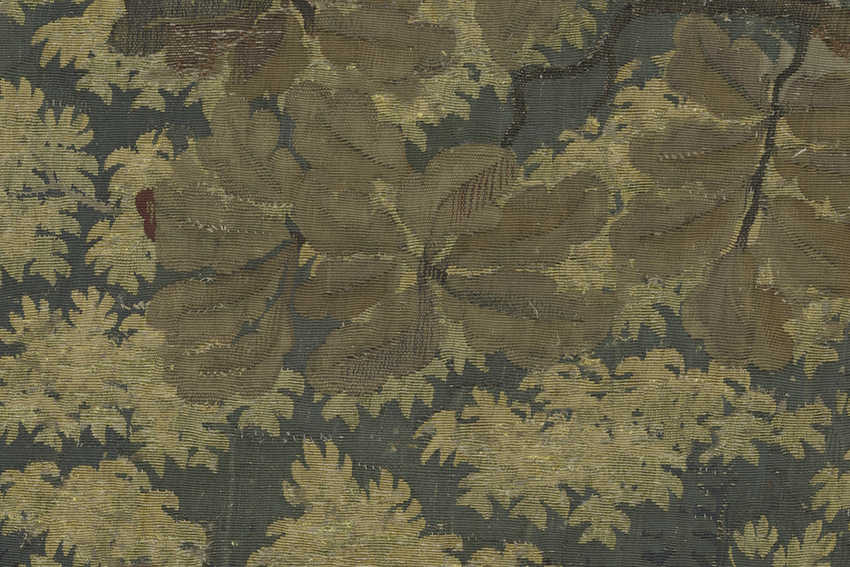 The finished facsimile in situ in the Museo Cerralbo © Factum Foundation 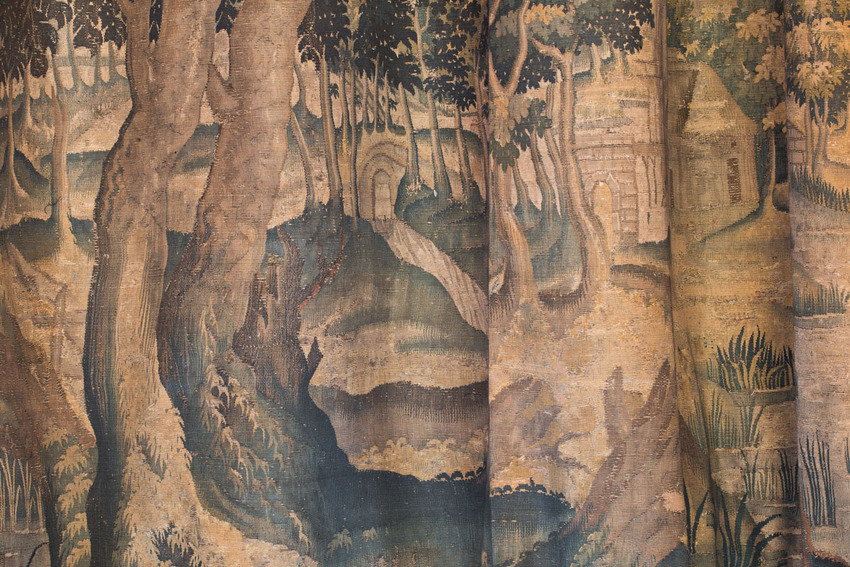 A detail of the facsimile © Factum Foundation

Digital conservation in the Valley of the Kings

This potential of facsimiles to protect against the depredations of excessive tourism is most fully demonstrated in the case of Tutankhamun’s tomb, recreated by Factum Foundation in 2009 as part of a partnership with the Egyptian Ministry of Antiquities and Basel University. Now on display next to Carter House in the Valley of the Kings, the facsimile provides tourists with an alternative to the fragile, deteriorating original, and alerts them to the dangers of our collective fascination with ‘authentic’ historical artefacts.

Perhaps the most ambitious digital conservation project embarked on to date, however, is the work of the Theban Necropolis Preservation Initiative to record all fragments – over 8000 are known – from the Tomb of Seti, one of the largest tombs in the Valley of the Kings. Such walls and ceilings of the tomb as are still in situ have already been recorded, and the fragments are being scanned by an Egyptian team. They will be studied and reassembled by a team from the University of Basel led by Susanne Bickel. Future facsimiles of the Tomb of Seti will be able to incorporate those of the fragments for which precise locations have been identified - meaning that the facsimiles will in some sense be more complete than than the original, damaged tomb.

For projects like this it is vital that digital modelling experts work together with historians, archaeologists, and conservators. It is inevitable that these professions will increasingly come to employ the techniques of digital restoration, and in many cases they are already doing so. To such partnerships, Factum Foundation brings a profound understanding of materials and their properties, excellent digital skills, and the ability to propose projects and solutions which are at once creative and meticulous. If you want to read more about Factum’s digital conservation and restoration projects, click here for an article on the Polittico Griffoni, a 15th-century polyptych whose 16 panels have been brought together from across the world, rematerialized as facsimiles, and reassembled in what is thought to be their original configuration. Click here to read about the recreation of Monet’s Waterlilies, a painting whose surface had been ravaged by fire. Or click here to read about one of Factum's most far-reaching digital restoration projects to date, the digital reconstruction and restored facsimile of the sacred cave of Kamukuwaká.