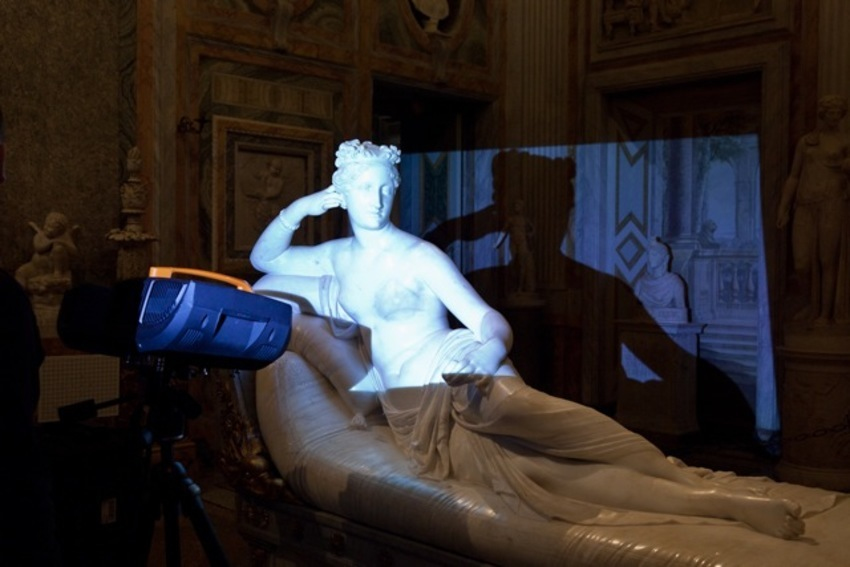 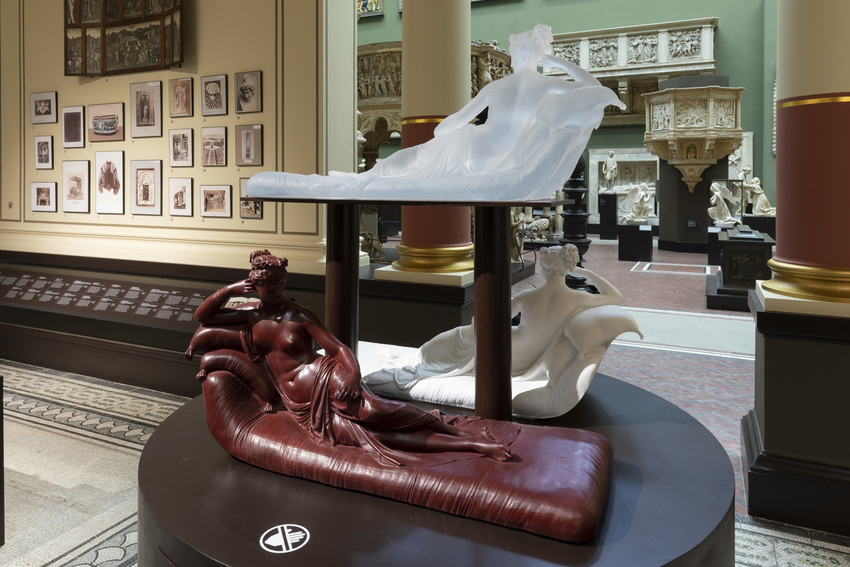 Structured or ‘white light’ 3D scanners work by analysing the way projected light behaves on the surface of an object. User-friendly and accurate, they are widely used in cultural heritage conservation to produce 3D models of sculptures and other objects. Over the years, Factum has employed a range of white light scanning systems to produce 3D models for its conservation and contemporary art projects.

The Breuckmann SmartScan 3D, for example, captures high-resolution 3D data that reveals much of the subtle texture of an object’s surface. The scanner projects patterns of white light onto an object and a camera records the deformations created in the light by the three-dimensional surface. With a combination of digital image processing and triangulation algorithms, the integrated scanner software uses images taken by the camera to extract the 3D (xyz) coordinates of the object’s surface. The software automatically generates a ‘point cloud’ – a dataset comprising sometimes millions of points plotted in 3D space – and then a ‘geometric mesh’, a 3D model made of vertices, edges and flat planes which describes the shape and texture of an object. The relative simplicity of post-processing means that Factum often use Breuckmann and other structured light data for rapid prototyping via CNC milling or 3D printing as well as for screen-based visualisations.

However, limitations in data capture and maximum resolution, including issues with translucent, glossy or very dark surfaces, have lead us to search for and develop alternatives for recording 3D objects. Factum more often employs photogrammetry to record 3D objects, a technique which is cheaper and faster than most other commercial scanning options whilst producing 3D and colour data of similar or higher quality to that produced by white light scanners. Nevertheless, structured light scanners such as the Breuckmann or SIDIO Nub 3D retain a number of advantages over photogrammetry, including the potential to cut down on post-processing times and complexity. Structured light data can also complement a complex photogrammetric recording by providing an accurate scale for the 3D model.

The following images show the process of recording the Statue of Idrimi at the British Museum, an object that was recorded using photogrammetry and white light scanning in parallel. The Breuckmann data replaced noisy photogrammetry data in the rematerialisation: 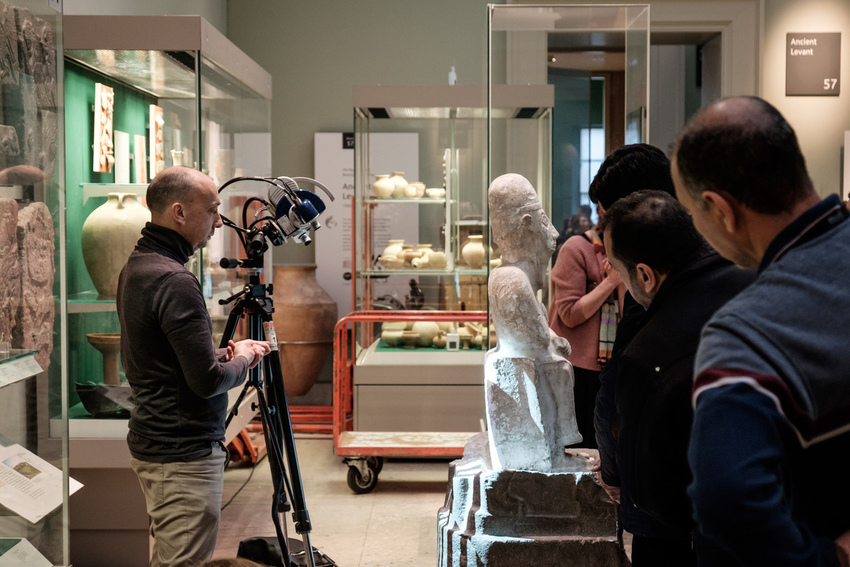 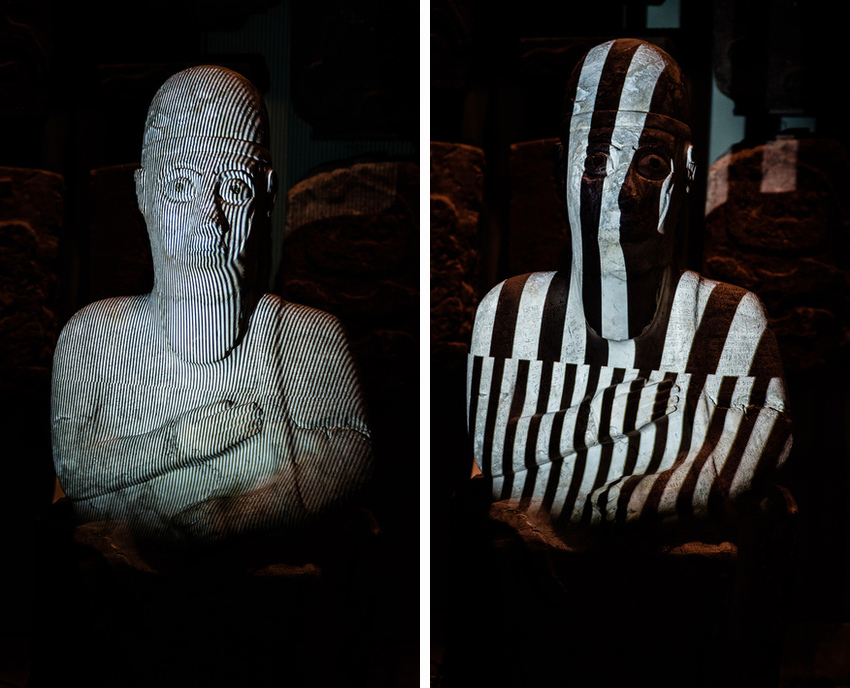 Projected patterns of light on the Statue of Idrimi © Factum Foundation 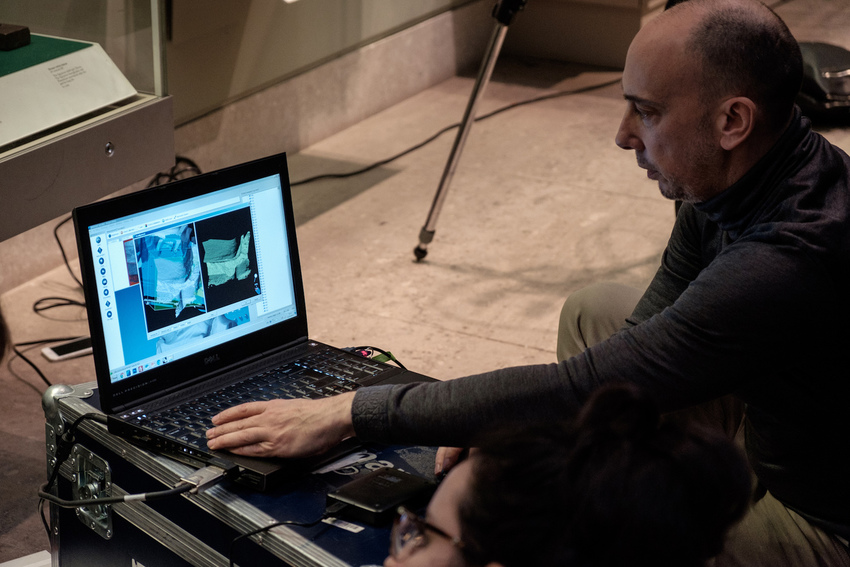 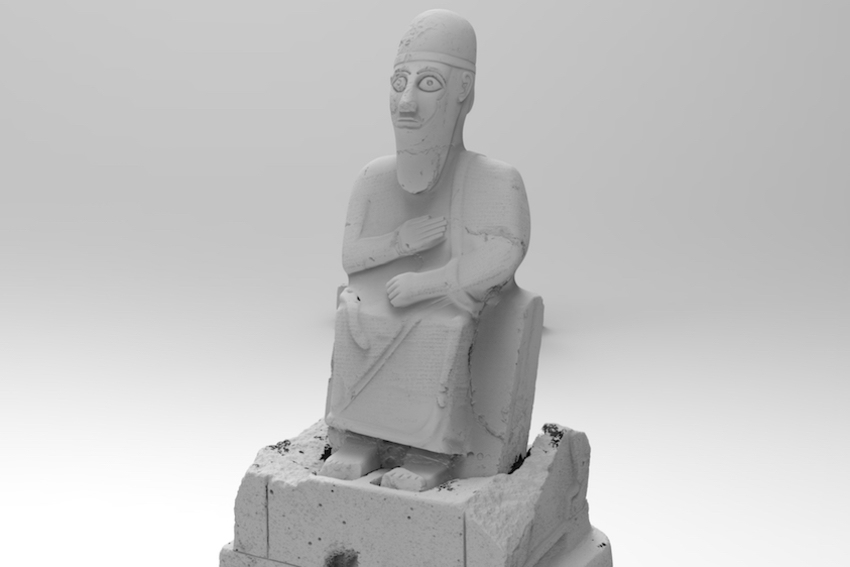 Render of 3D model of the Statue of Idrimi, produced with photgrammetry © Factum Foundation 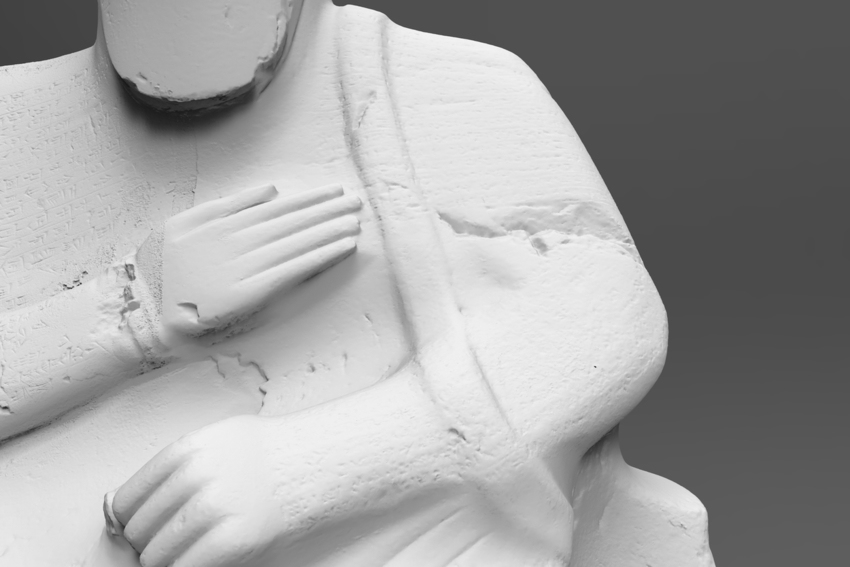 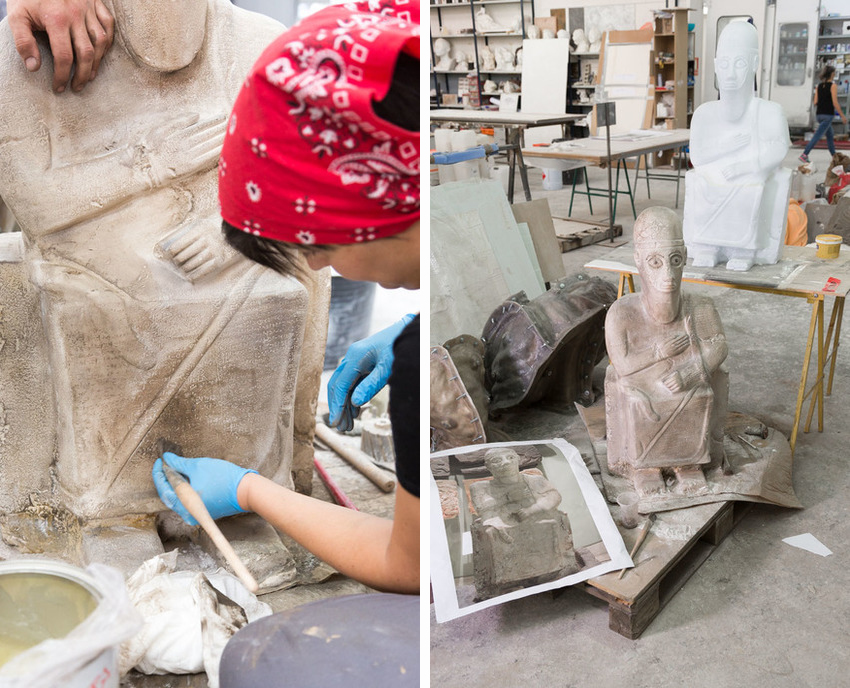 In this case, the Breuckmann data was used to re-print the arm of the Statue of Idrimi for the facsimile where the photogrammetry data was too noisy © Factum Foundation