Since 2017, Factum Foundation has been developing a new surface scanning system and workflow designed specifically for the fine surface texture of flat or semi-flat surfaces such as paintings, murals or sculptural bas-reliefs. The objective is to produce a fast and portable scanner that is capable of recording high resolution 3D surface texture for both digital visualisation and material output.

The scanning system will be based on a technique known as photometric stereo. The method uses computational methods to extract very detailed information about the surface of an object using 2D images taken under differing lighting angles. Factum’s scanning system will integrate data from other 3D recording techniques - such as photogrammetry or time of flight cameras (TOF) – with photometric stereo derived depth maps.

The scanner is in development. 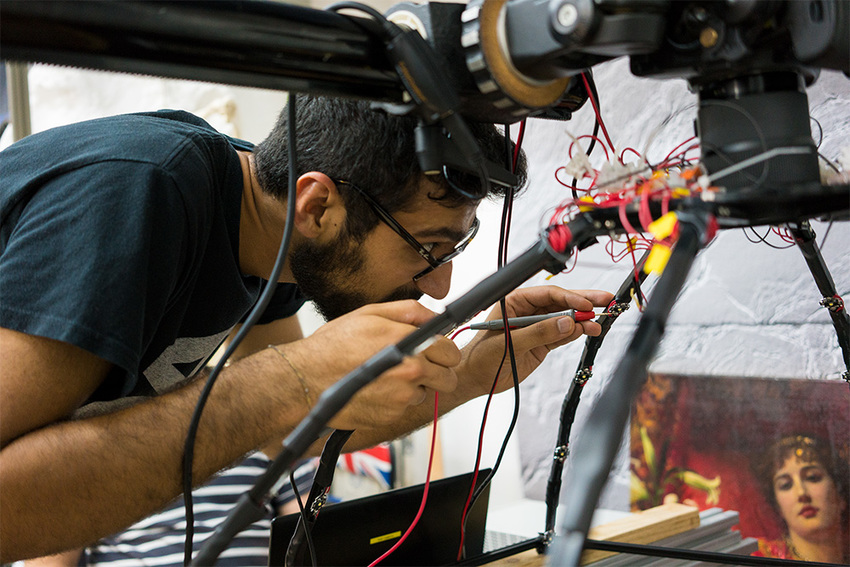 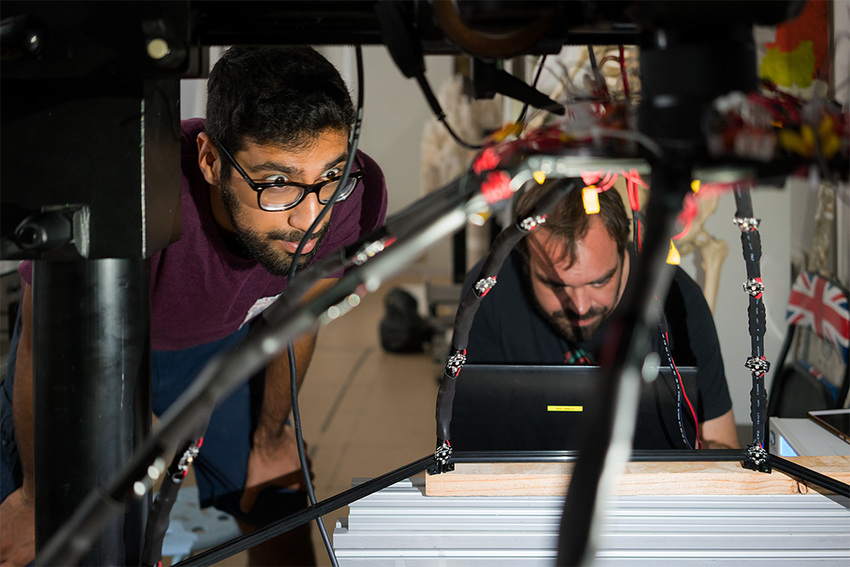 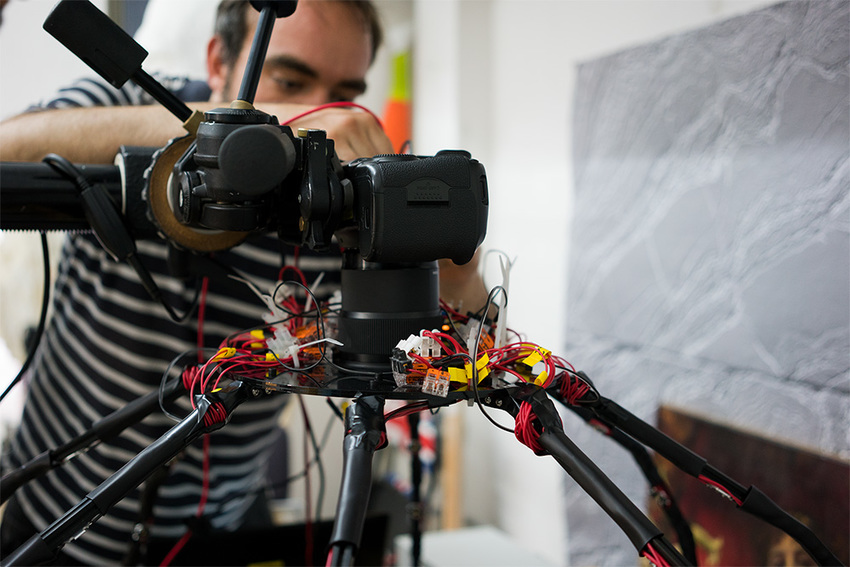 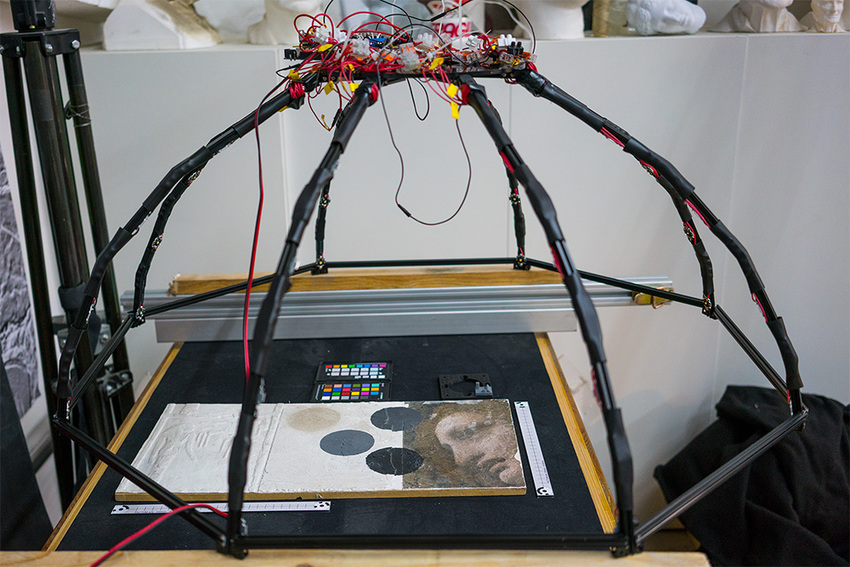 Recording tests with the 'standard board'. It contains types of surfaces that commercial 3D scanning systems find difficult to capture © Otto Lowe for Factum Foundation

For more information about our new technologies for cultural heritage digitisation contact info@factumfoundation.org

The project is being developed by Jorge Cano and Enrique Esteban from the Engineering Department at Factum Foundation and Abhijit Dhanda from the Carleton Immersive Media Studio (CIMS) at Carleton University, Canada. Adam Weigert from CIMS has also made significant contributions to the development. Funding from the Carleton side has been supported by the NSERC Create Heritage Engineering and New Paradigms New Tools grants.