Digitization of the Borsano Map of Catalonia

In December 2015 Factum Arte completed the digitization of the Borsano Map at the Biblioteca Nacional de España. The manuscript map of Catalonia by Ambrosio Borsano, a large work dedicated to King Carlos II, is held in the Department of Fine Arts and Cartography of the BNE. Dated 1687, it is the oldest known large-scale representation of the Principality of Catalonia's geographic area.

The high resolution color digitization of the map has been carried out with the Clauss panoramic composite photography system.The final image, resulting from the stitching of more than 500 shots, has been used to substitute the current image at the BNE's virtual gallery (Biblioteca Digital Hispánica), which is now accessible online. The captured data could be eventually used for creating a physical facsimile of the map. 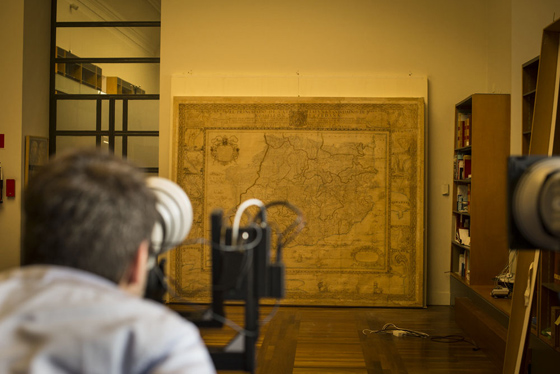 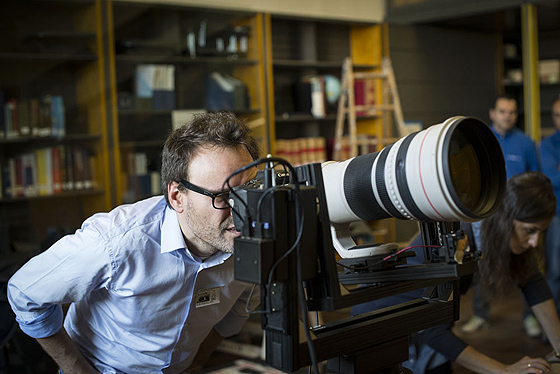 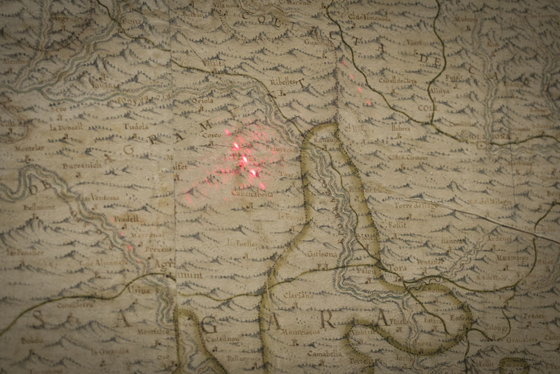 Detail of the map during the recording

Control points verification in the stitching process of the panorama 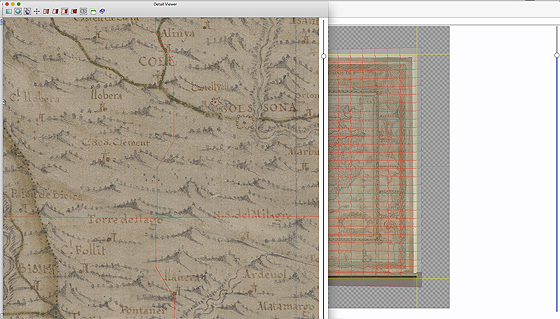 Screenshot of the software used to stitch the panorama. The red lines represent the delimitations of each take.