Scanning the Gough Map and the Selden Map
at the Bodleian Library , Oxford

The Gough Map, at the Bodleian Library in Oxford, is renowned internationally as one of the earliest maps to show Britain in a geographically recognizable form. But still questions remain of how the map was made, who made it, when and why 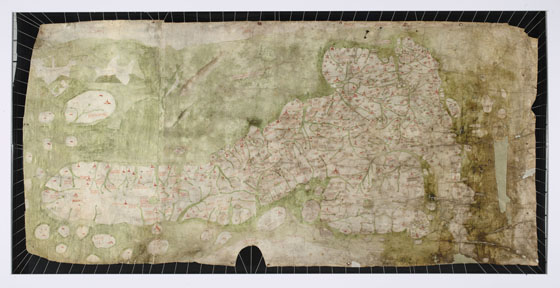 Factum Arte is currently involved in a new initiative involving the Bodleian Library in Oxford and Queen Mary University to scan this precious map.

The Gough map is a mid-fourteenth century map of the British Isles, formerly and mistakenly regarded as the earliest road map of the country. Its dating, authorship and function are unknown and the scanning process hopes to shed light on these and many other aspects of its creation.

Factum Arte is committed to demonstrating the importance of digital technology in the analysis and documentation of our cultural heritage. Non-contact, high-resolution 3D scanning will provide valuable data of the subtle relief of the map, which can then be combined with other layers of information such as colour in order to monitor its condition and understand its biography. 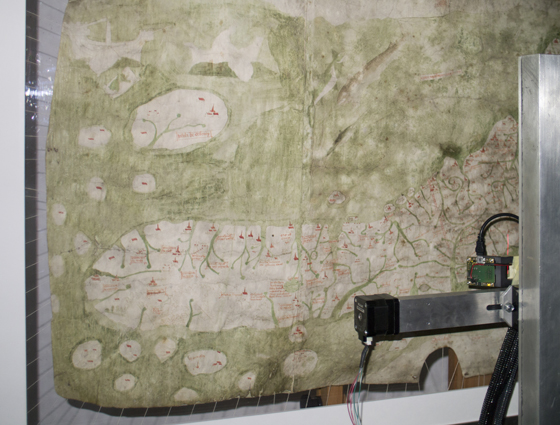 Scanning the Gough Map at the Bodleian Library in Oxford, February 2014 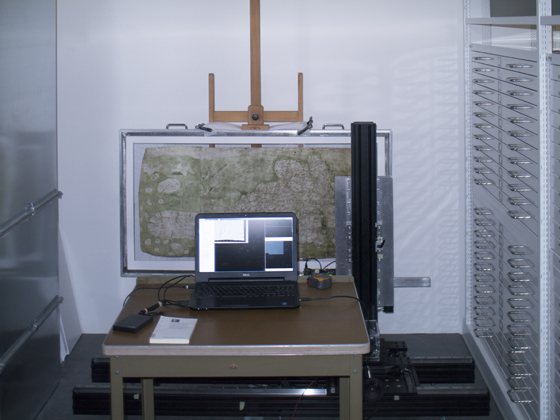 The Lucida Scanner during the recording at the Bodleian Library 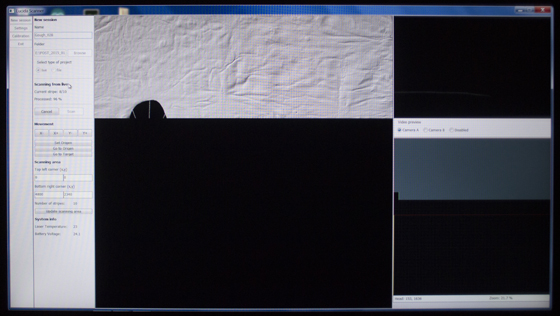 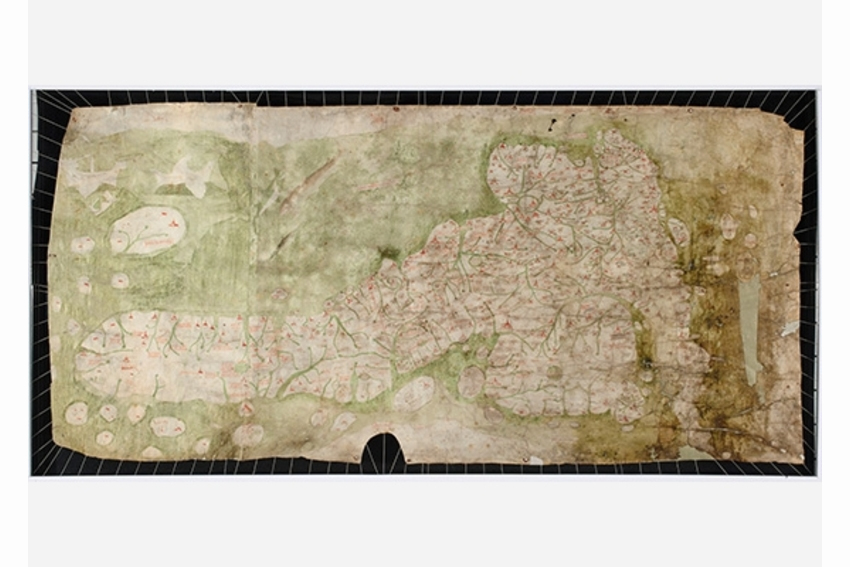 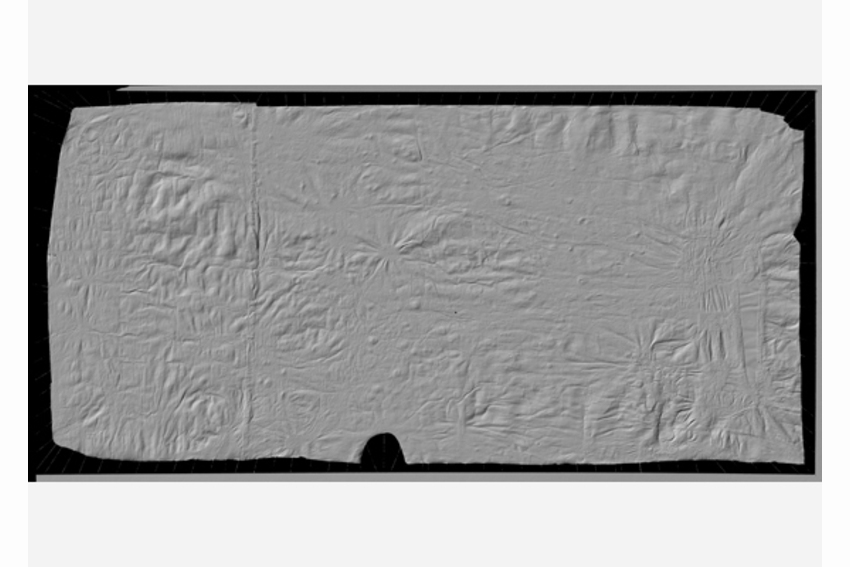 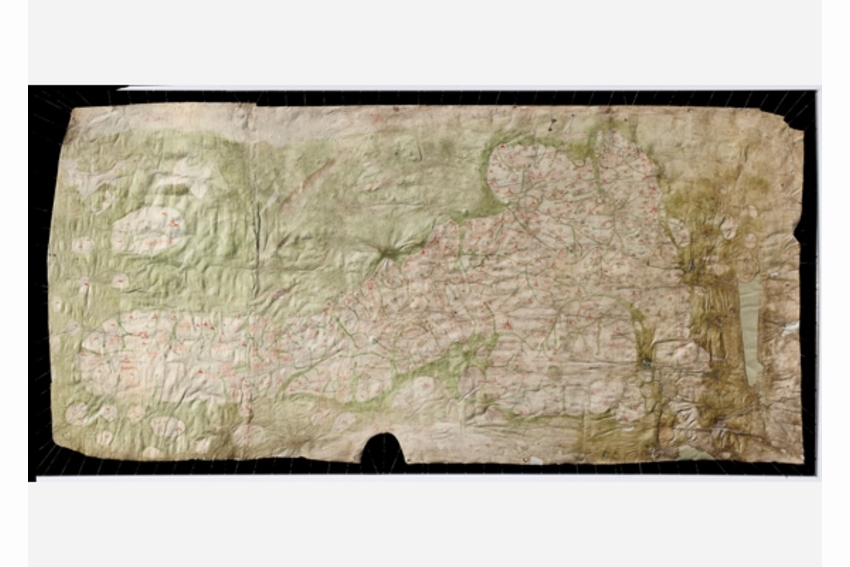 The Factum Foundation also scanned the Selden Map of China with the Lucida 3D scanner. The Map is another one of the Library’s most important but enigmatic maps. Only recently rediscovered, it is also anonymous and dated to the early seventeenth century. It is believed to have been made by a Chinese mapmaker as it shows Southeast Asia and its maritime sea routes.

Factum Arte and the Factum Foundation, working with the Bodleian’s Map and Conservation departments as well as in collaboration with other companies, hopes that it may unearth the secrets of two of the history of cartography’s most prized maps. Comparing 3D data from Lucida with multispectral recording Damien Bove said: “(...) I’m finally getting around to adding my own marks to yours - to identify both the pinholes and the other features that have left a 3D trace. (...) From all this you can see that your scan has done pretty well - showing a few things we couldn’t see before and supporting a few of our assumptions.” 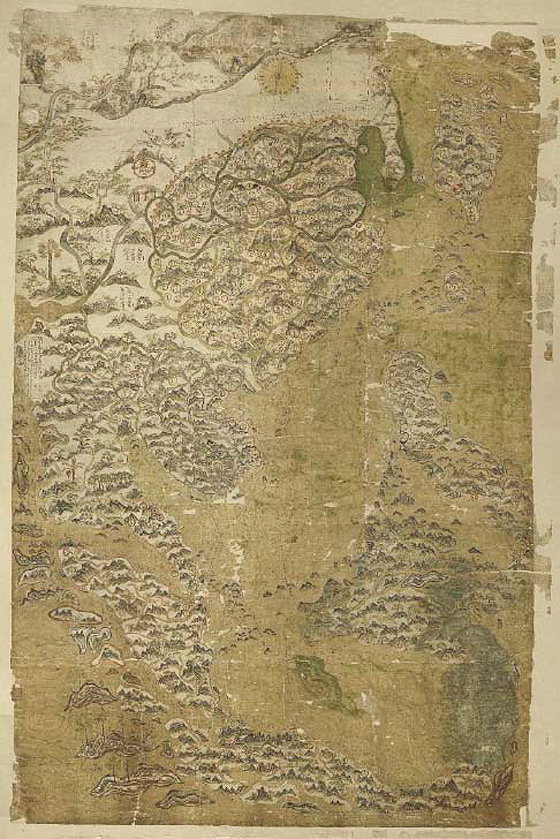 The Selden Map of China after restoration, color data provided by the Bodleian Library