The Authorized Facsimile of the Burial Chamber of Tutankhamun

The facsimile of Tutankhamun's tomb in the Valley of the Kings in Egypt is accompanied by an exhibition about the tomb, its contents and the reason it looks as it does today. 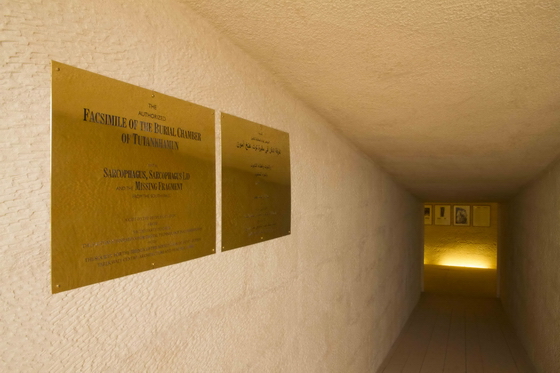 The entrance to the facsimile of the Burial Chamber from the Tomb of Tutankhamun. The facsimile is an exact replica of the the burial chamber as it was in June 2009 when it was recorded. The rest of the space is exactly the same size and layout as the original tomb but it is set out as an exhibition to explain why the tomb looks as it does and communicate the problems of preserving a site that was built to last for eternity but never to be visited. 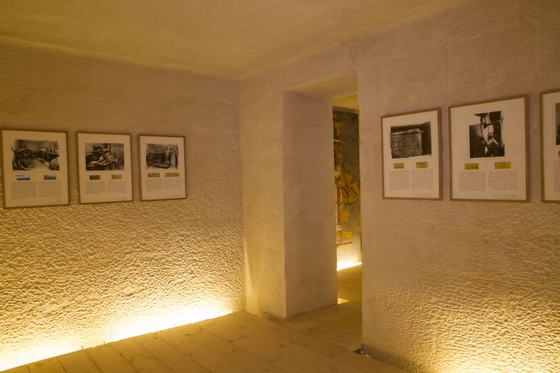 The display contains text by Jaromir Malek Nicholas Reeves, and Adam Lowe. The photographs by Harry Burton that were printed by Rafa Rachewsky at Factum Arte from files provided by The Griffith Institute, Oxford. The design of the display was done by Blanca Nieto. 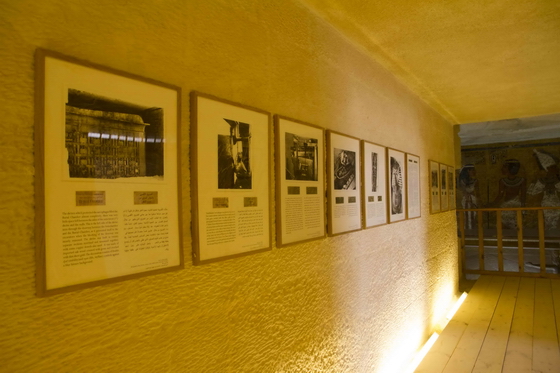 The walls are made from limestone blocks chipped by hand by Ahmed and Mohamed. The floor is made by the same craftsmen who made the wooden floor in the original tomb. The metal work and doors are also by the craftsmen who work in the Valley of the Kings. 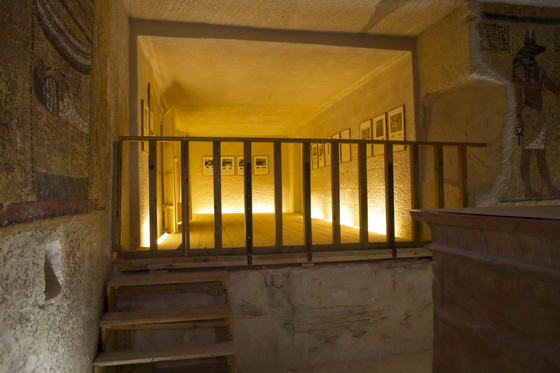 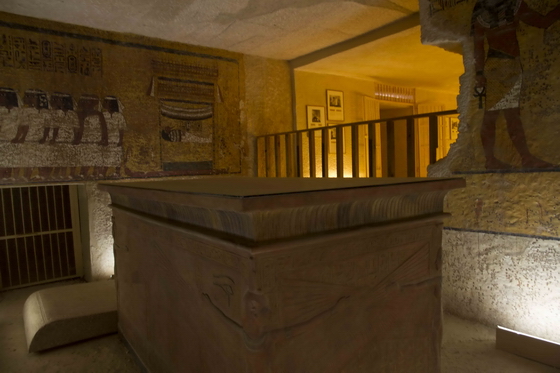 A view from the North West corner of the tomb looking towards the exhibition area. The gated door to the treasury can be seen on the left behind the lid of the Sarcophagus that lies on the floor. Due to the conservation work in the original tomb the floor is currently covered with wood and the lid is not currently visible. 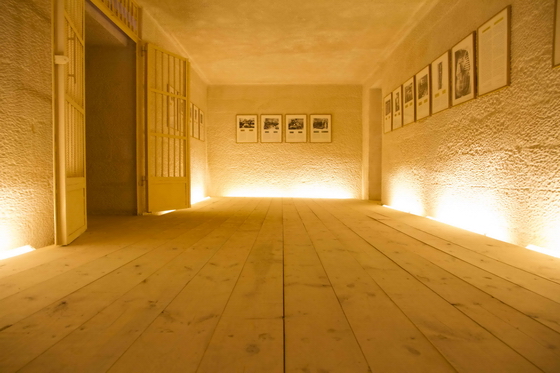 The view from the facsimile into the antechamber housing the images from the Griffith Institute and the text by Jaromir Malek and Nicholas Reeves. The view from the East wall looking West. Jaromir Malek’s text about the removal of the south wall can be seen on the left. 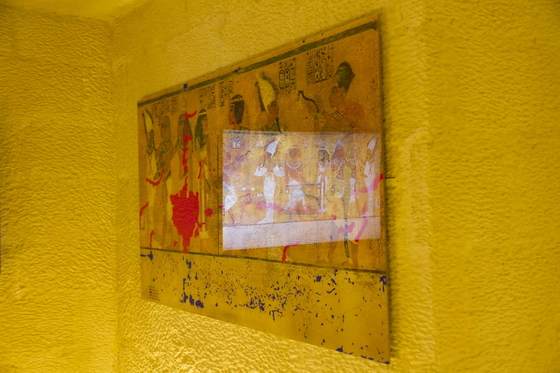 A reflection of the video showing high-resolution information of each of the walls is reflected in the plan of the damage on the North Wall. A detailed observational survey of the entire tomb was carried out by Anna Paola Ferrara using the photographic data recorded in the tomb in 2009. 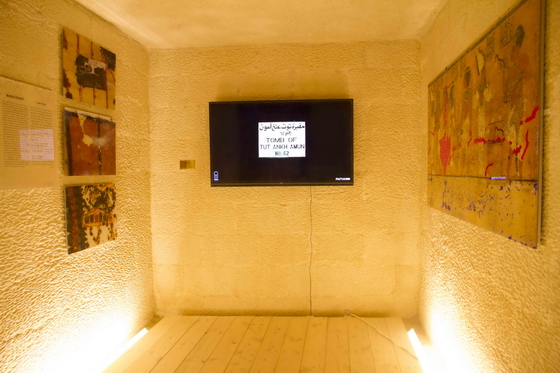 The 58inch LED screen on the end wall of the annex with a text by Adam Lowe about Material Fragility on the left (with some details of some of the problems inherent in the paint surface) and the map of damage on the North wall on the right. 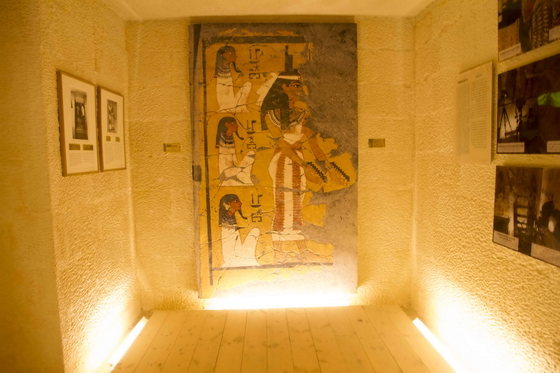 The view of the facsimile of the missing fragment made from one of Harry Butron’s photographs now in the Griffith Institute. This section of the South wall was removed by Howard Carter in order to take out the objects. It was carefully preserved and stored for many years in the Treasury - its current whereabouts is unknown. 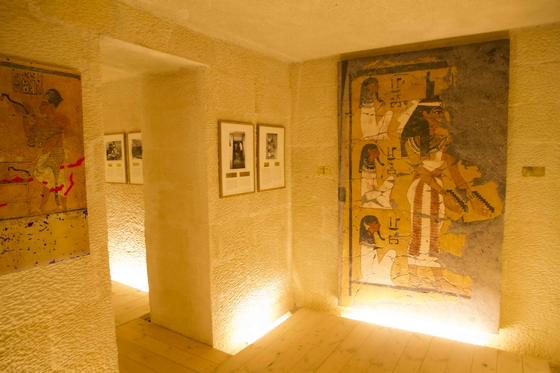 The view from the annex back into the Antechamber.