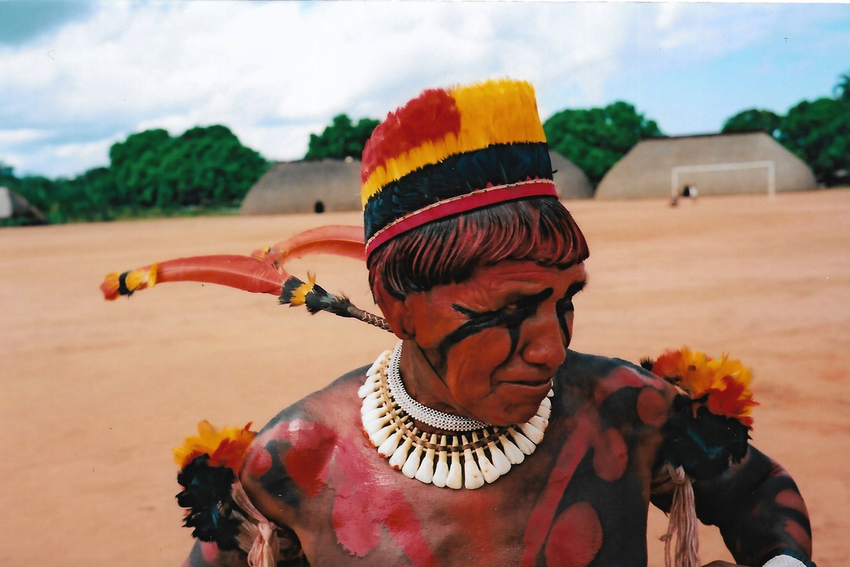 In May 2017, Factum Foundation for Digital Technology in Preservation was invited by People’s Palace Projects to participate in their collaboration with the indigenous filmmaker Takuma Kuikuro, in the village of Ipatse in the Xingu region of Mato Grosso, Brazil. Unlike the majority of Factum Foundation’s projects where a specific subject or set of subjects is identified for digital recording in three-dimensions in advance, the project in Xingu was intended to emerge from a collaborative spirit in which Takuma and the community would direct the areas of focus. This was aimed at contributing to their already extensive efforts to document and communicate aspects of Kuikuro culture, evident in films such as Takuma’s As Hiper Mulheres (2012). 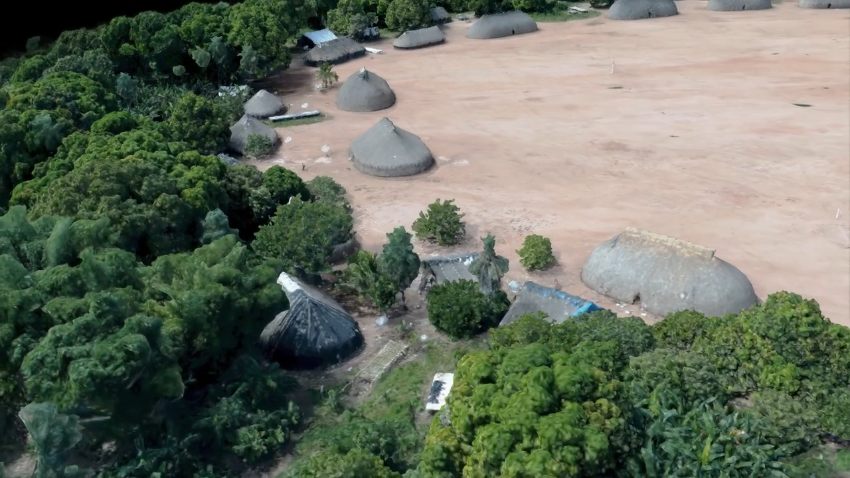 In preparation, Factum Foundation assembled a number of different recording technologies aimed at capturing three-dimensional information at different scales: from the high-resolution capturing of surfaces using photogrammetry to the mapping of natural or human environments using LiDAR laser scanning. In addition to this, a number of sound recording methods were assembled: from ambisonic microphones that capture 360-degree sound environments to hydrophonic microphones that capture sound underwater.

Following the team’s arrival in Ipatse and an initial dialogue with Takuma and other senior members of the community, it was established that since the entire village was about to begin the process of moving to an adjacent site, the most valuable use of Factum Foundation’s expertise and time would be to document the current state of the present village using LiDAR technology (Faro 3D X130). It is a traditional Kuikuro practice to move the site of the village approximately every 30-40 years, with families transferring gradually from one to the other. However, multiple lightning strikes on one of the ocas (the name for the distinctive vernacular buildings inhabited by the Kuikuro) had led to the acceleration of this process. 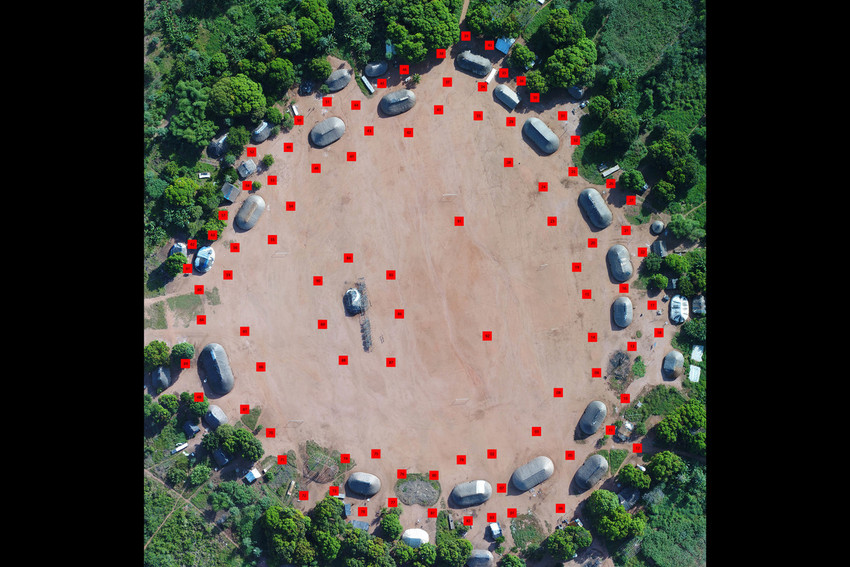 To achieve the complete recording of Ipatse, Factum Foundation's team first carried out a drone survey of the village and some of the surrounding environment, using a Phantom 4 Pro to produce a 1.25 gigapixel image that enabled the planning of the necessary number of stations for the Faro scanner to capture the ocas of the village. The team also draft-aligned a low-resolution photogrammetric model of the whole village, using images gathered from the drone, to communicate the kind of results that were to be expected from LiDAR. The number of Faro scanning stations plotted numbered 92 in total, including 10 stations within one of the ocas. Draft processing was carried out alongside the recording of the data, taking three days to complete and capturing a total of 3,082,485,760 points. 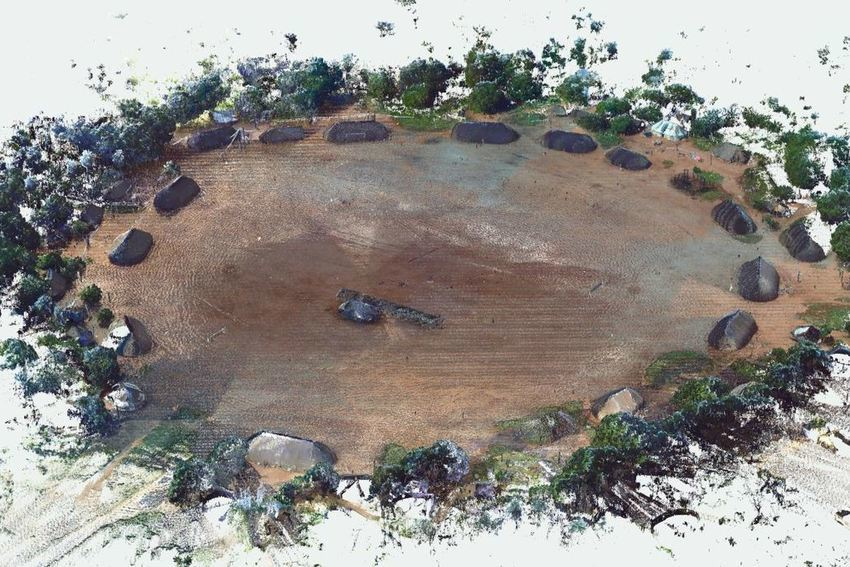 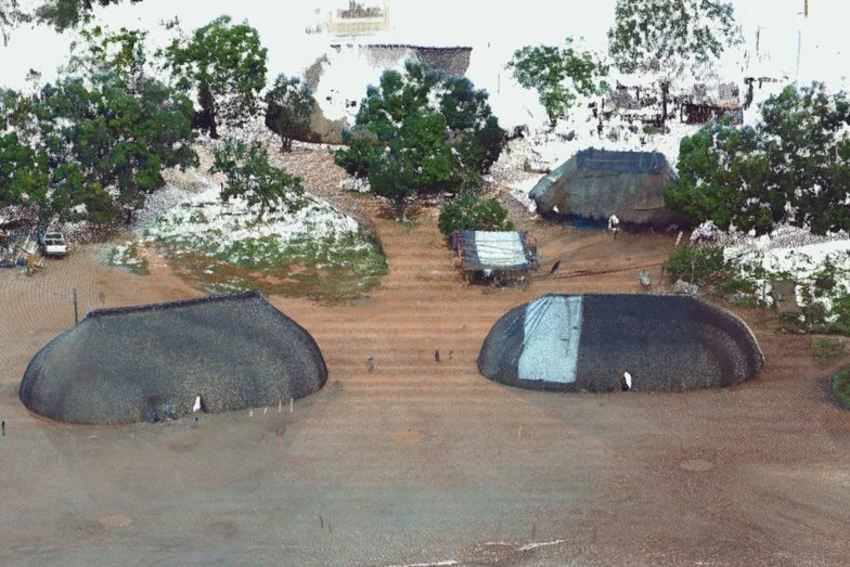 Following the LiDAR mapping of the village, the Foundation’s team ran an introductory workshop for Takuma and other interested members of the community in photogrammetry. The subject chosen for this demonstration was a pair of masks normally used in the Kuarup (the Xingu funerary ritual), where they are adorned with grasses and paints. The Foundation’s team also recorded a pair of termite hills and generated a low-resolution model of one of the nearby lakes using images taken from the drone to indicate the potential application of the technology in a natural environment. It is hoped that in the future that Takuma and other interested persons could gather images to be processed by the Foundation in Madrid, thereby continuing the collaborative relationship.

People’s Palace Projects followed up the first residency in Ipatse with another in September 2017. The Kuikuro are currently building an oca as a cultural centre in the nearest town, Canarana, and Factum Foundation and People’s Palace Projects are working together to develop virtual reality experiences of Xingu that will draw upon the data recorded on these two residencies. These projects will highlight the importance of Kuikuro culture to Brazil and the world. 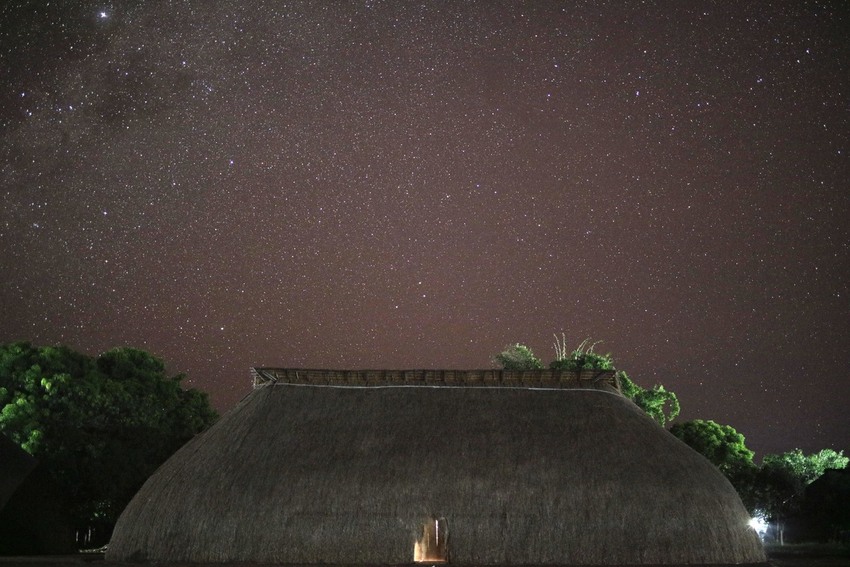