The painting "The Family of Henry VII with Saint George and the Dragon" is a work of the Flemish School, of the 16th century which is part of the Royal Collection Trust. Factum Arte recorded the painting of the Queen's Collection at Hampton Court Palace in autumn 2014 both with Lucida 3D scanner and Clauss composite photographic system in order to make a facsimile for Strawberry Hill House. It is one of a number of works that Factum Arte have been asked to re-make as part of the restoration of the house. 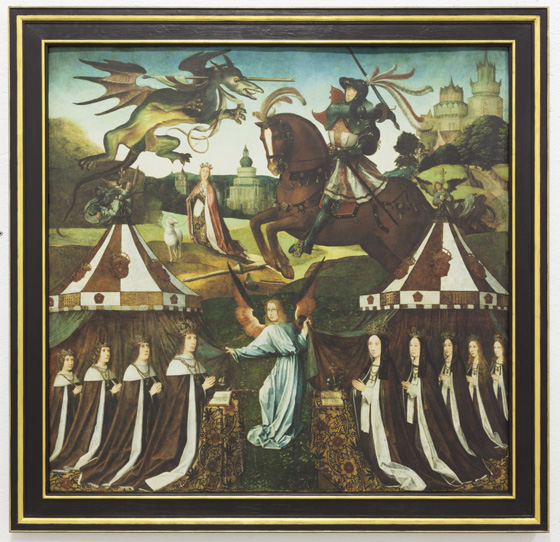 Horace Walpole, a politician, writer, collector, and the son of Britain’s first Prime Minister Sir Robert Walpole, created Strawberry Hill House between 1748 and 1790 as his summer villa. It is one of the earliest and finest examples of the Gothic revival and established the style now known as Strawberry Hill Gothic. The painting originally adorned the staircase at Strawberry Hill House before becoming part of the Royal Collection. Factum Arte produced the facsimile of the painting which has been returned to its original location in Strawberry Hill House in January 2015. In conjunction with Michael Snodin a frame was also designed and made - It is the type of frame that Walpole used as he presented works like this painting in an C18th setting. 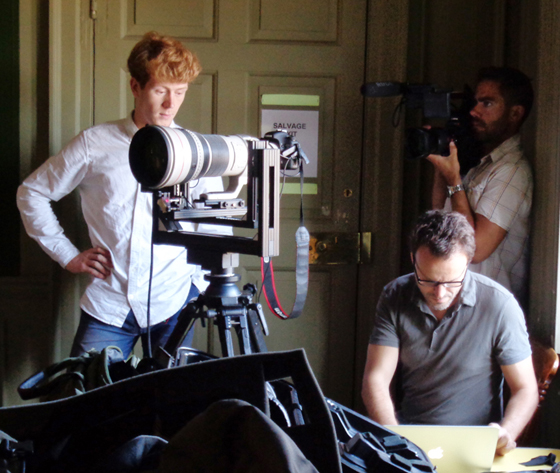 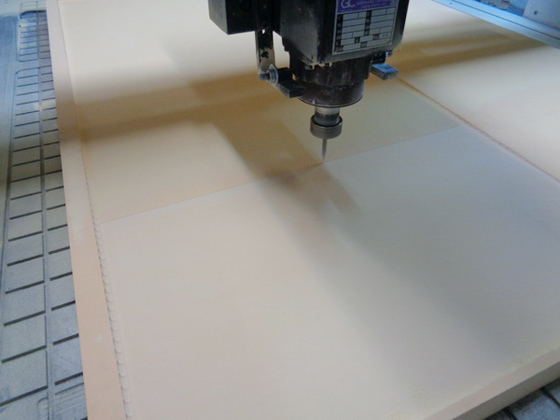 The router cutting the surface. 3D data of the surface have been obtained thanks to the Lucida 3D Scanner 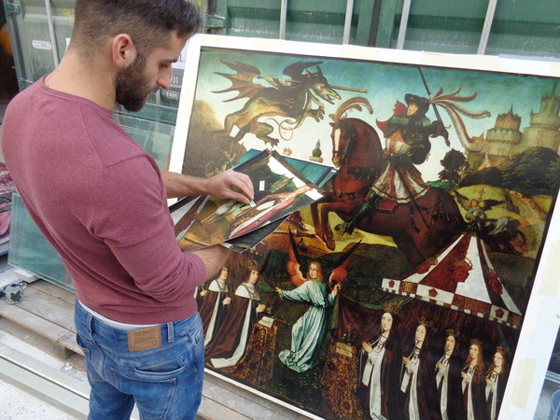 Cross-referring of the colour 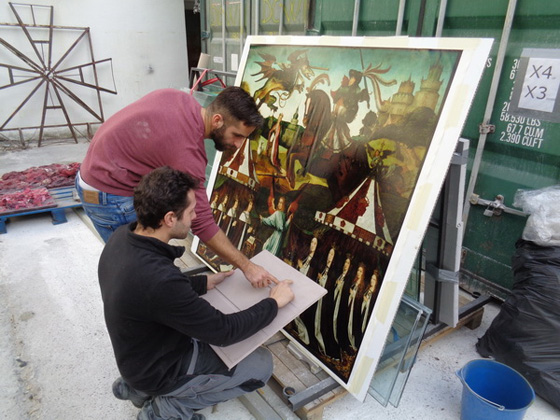 Comparing the surface and the colour 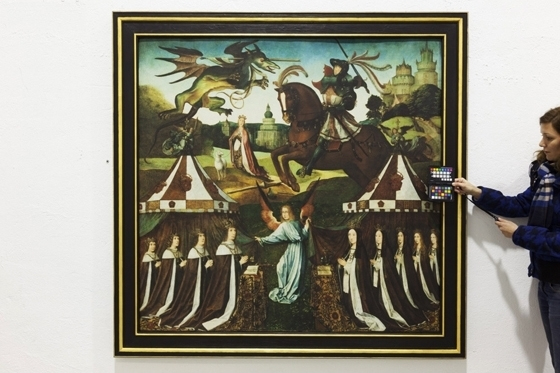 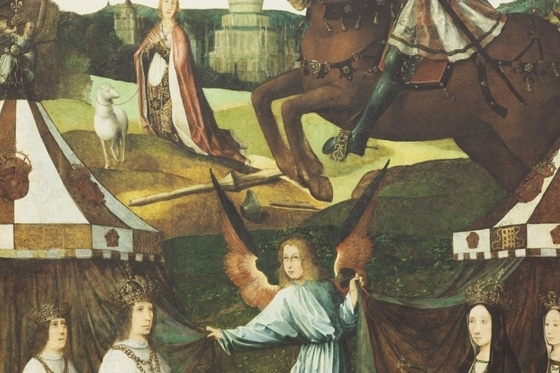 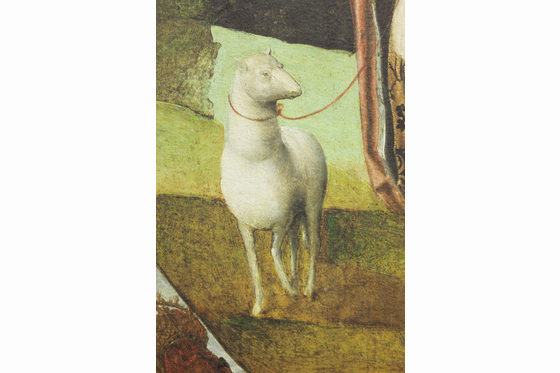 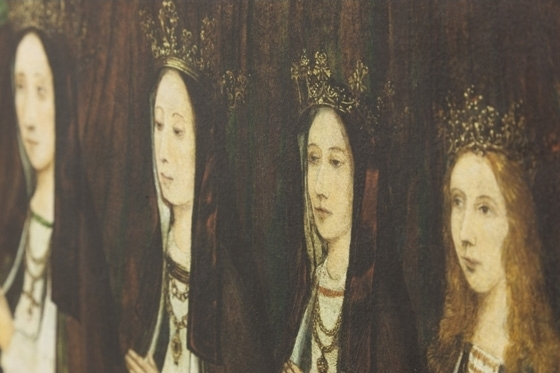 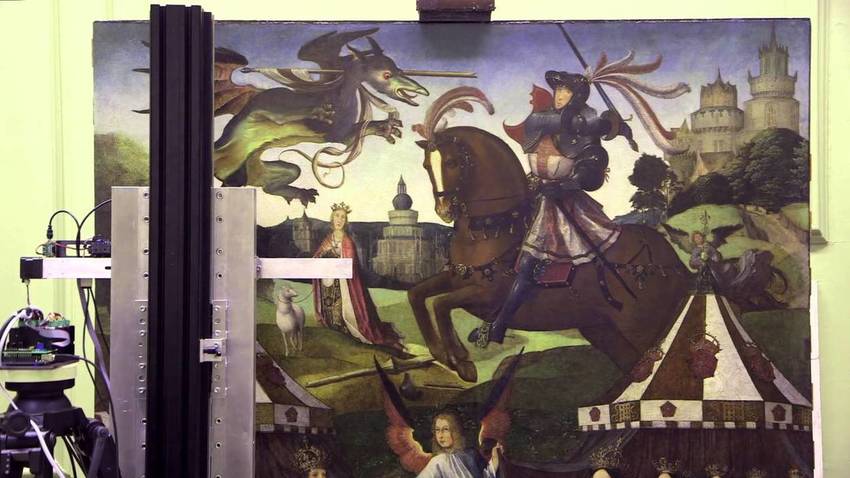 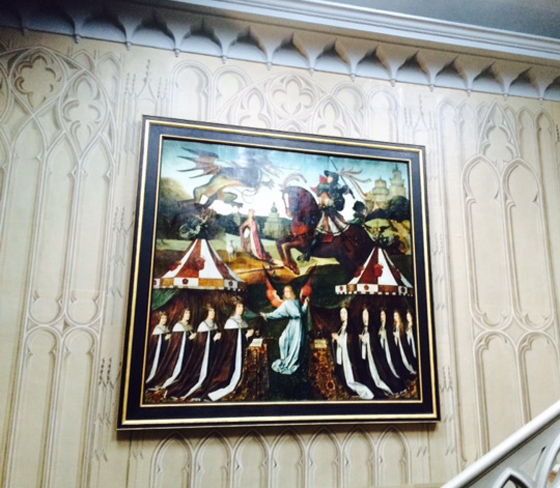