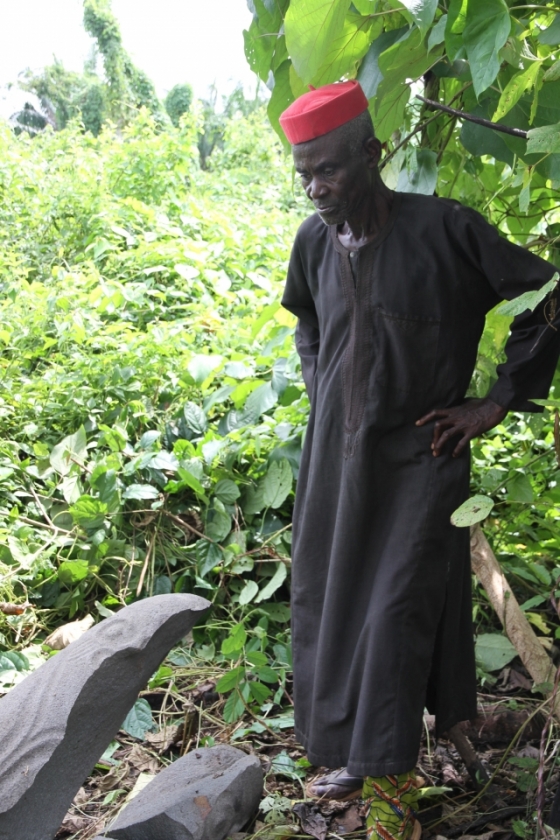 The Chief of Neberokpa contemplates a damaged monolith

In October 2016, Factum Foundation for Digital Technology in Preservation travelled to Cross-River State in Eastern Nigeria, collaborating with the Trust for African Rock Art (TARA) and the University of Calabar (UNICAL) on a project aimed at exploring, documenting and raising awareness of the Bakor monoliths, also known as the ‘Cross River’ or ‘Ikom’ monoliths. These monoliths are one of the most important parts of the story of African art, but through fire, theft and negligence have become one of the most threatened.

The project was made possible by a generous donation from James and Paula Crown.

TARA’s work was made possible by a generous donation from the Prince Claus Fund.

The first period of fieldwork predominantly focused on monolith sites of the Nnam clan. Over a period of six days, the team visited a total of ten sites, documenting the monoliths using photography, aerial photography, GPS and photogrammetry. For examples of 3D models of the monoliths, see the dedicated page: 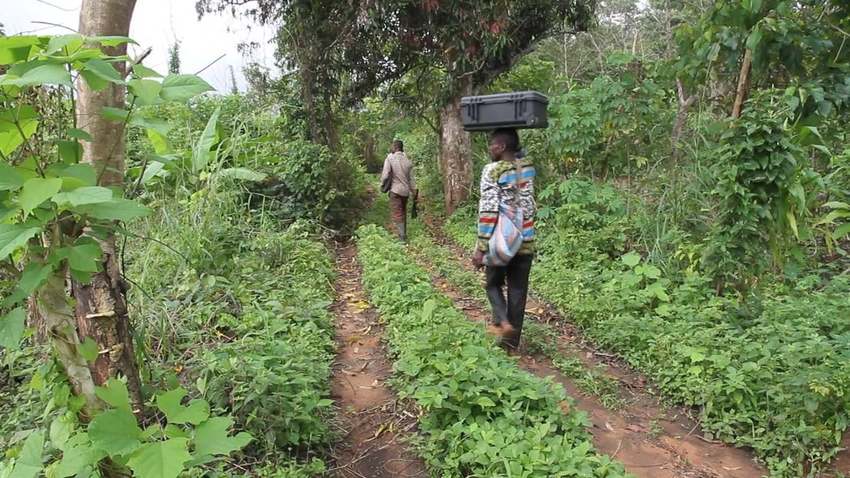 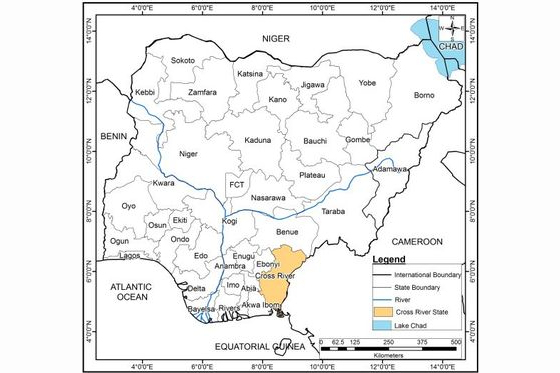 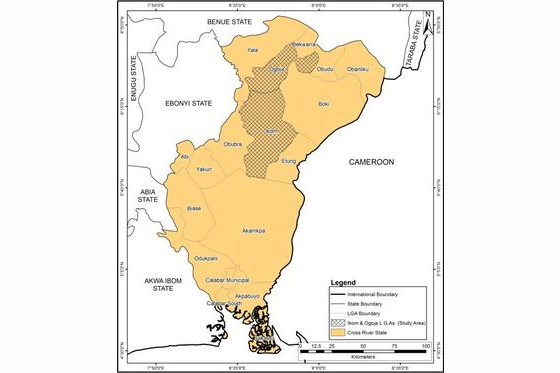 The sites visited on the project can be roughly divided into three categories.

These tended to exhibit the following features:

Fire: Slash and burn farming practices, which cause the stone to heat up and then crack with rapid cooling, have caused immense damage to the condition of the monoliths.

Theft: According to local accounts, the majority of the monoliths were stolen in the 1970s following the Biafra Civil War, although theft continues to be a problem. It is thought that the illegal removal of the monoliths was connected to deforestation, since heavy equipment would be required to remove larger examples. The illegal trade route goes through neighbouring Cameroon (the border of which is approximately 50km away) before ending in the international market. Theft can also be linked to the issue of fire, since the split from the heat often occurs around the middle of the monolith (around the navel) thereby making the upper section, with the valuable carved face, a more manageable size to be transported.

Loss of context: The original context for the groups of monoliths was within the forest that once covered southern Nigeria, but persistent logging and bush clearance to make way for farmland has caused this habitat to disappear for the majority of the sites. A further loss of context is caused by well-meaning efforts to protect the monoliths by moving them into a prominent position within a village; this prevents theft but destroys the ability to understand the objects from an archaeological perspective.

Fallen or partially buried: Many of the monoliths found in this category of sites tended to be horizontal and partially buried. This encourages a further lack of care, for example, in a couple of cases witnessed the surface was used as a wet stone for machetes. 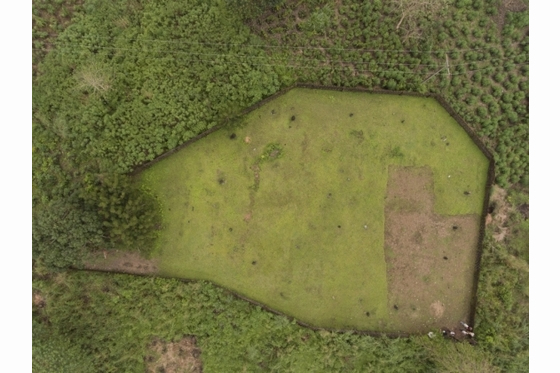 The characteristic circular formation of the monoliths seen at Emangebe 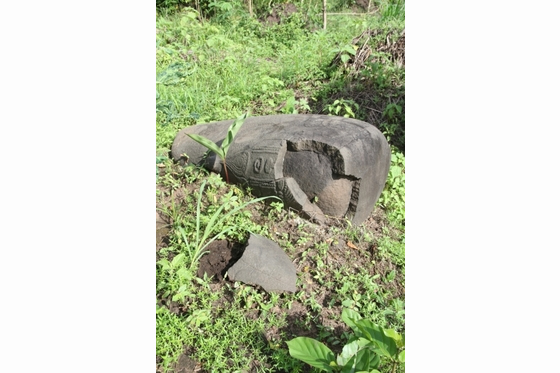 Burnt, cracked and neglected: one of the monoliths at Edamkono 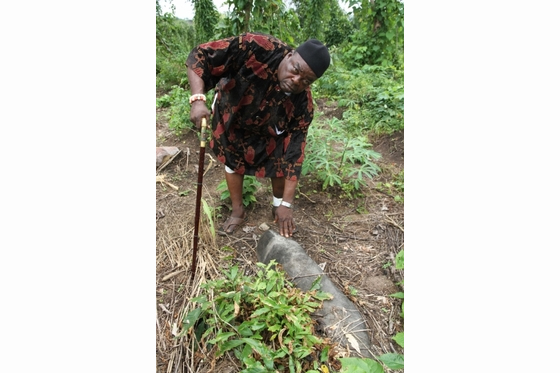 Enclosure: Alok and Emangebe are two sites that were officially listed by the Nigerian government and as a result have been encircled by a perimeter wall, which protects the land from use by farmers. Sadly, this measure has not succeeded in stopping the practice using fire to clear the grass, and the monoliths continue to be damaged even in a supposedly 'protected' context.

Erosion Damage: This is particularly apparent at the site Emangebe, where even though the circle is intact, the complete removal of tree cover from it has made the conditions for extreme degradation of the surface of the carvings. This is likewise a problem as Alok, although less pointed as a result of the retention of some tree cover. 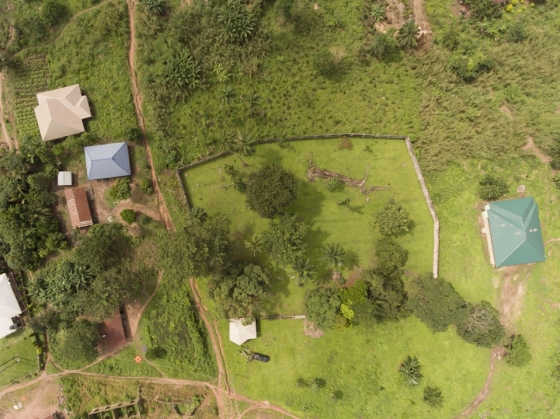 Original context: The sites in which the monoliths can be found in something closest to their original setting are the hardest to access, on tracks only accessible via motorbike. These are also the most rewarding in terms of the quality of the monoliths and the atmosphere of their surroundings.

Well-preserved carvings: Tree cover prevents the negative effects of fire in the first category and erosion damage in the second.

Protection from theft: On the one hand, the difficulty of access provides a form of protection for the monoliths, since heavy equipment is required for removal. But it also poses a challenge to the successful monitoring of the sites. 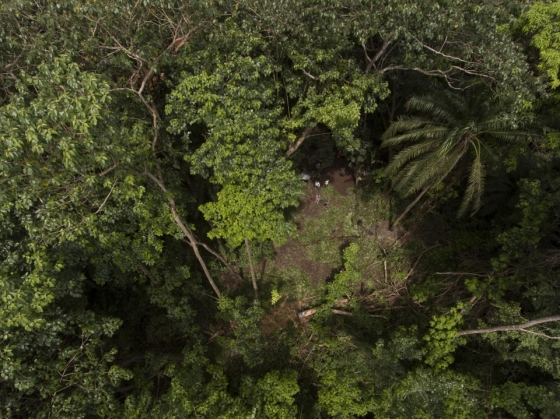 Nkrigom: one of the most difficult to access sites, but that rewarded with exceptional examples of the monoliths 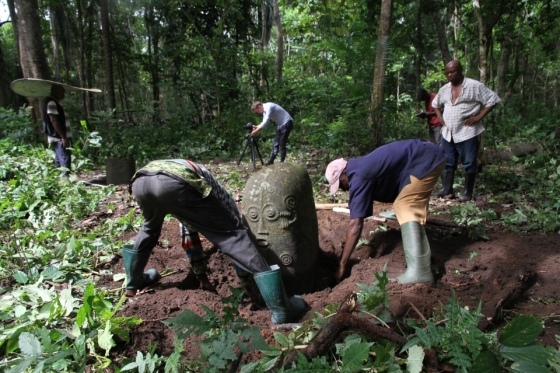 Clearing and recording at Nkrigom 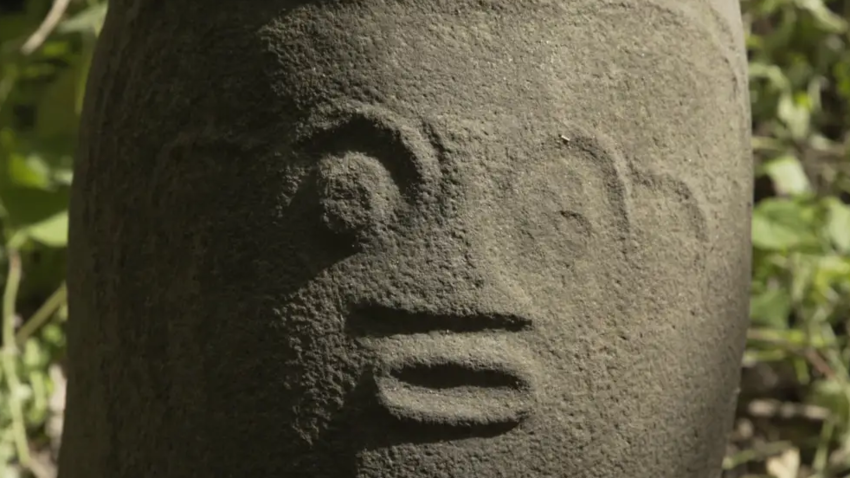 The recording of the Nkrigom site © Luke Tchalenko for Factum Foundation 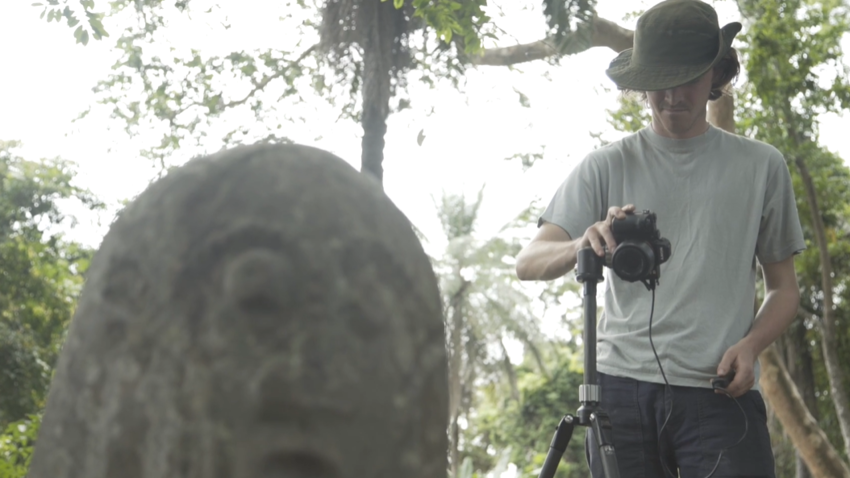 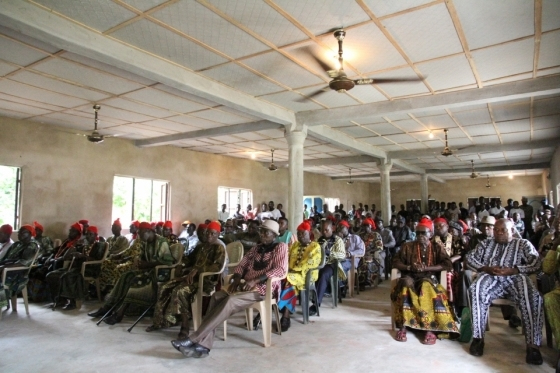 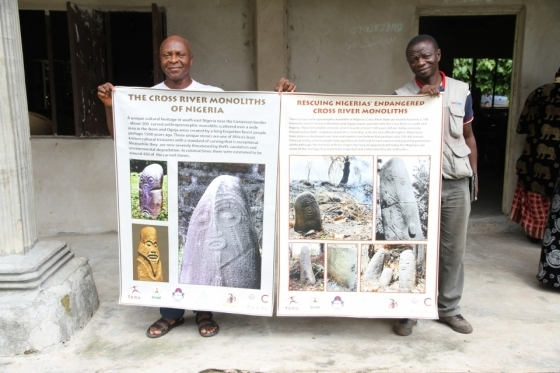 Dr Abu Solomon Edet and Joshua Bako pose with TARA?s posters outside the meeting of the Chiefs 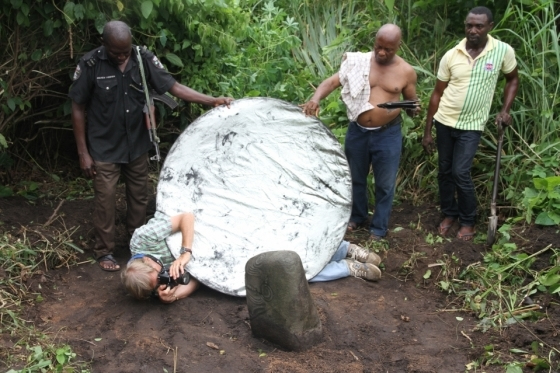 David Coulson photographing one of the monoliths at Nlol 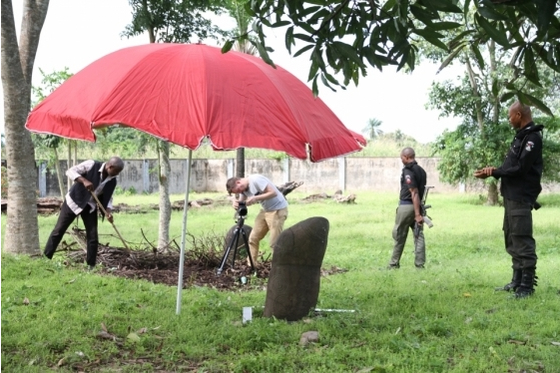 The October 2016 trip was intended as preliminary research intended to establish priorities and methodologies for a subsequent and more extensive project in the area. The shocking condition of many of the sites indicates the necessity for immediate action to halt the progressive degradation of these important monuments. Factum Foundation’s immediate steps toward this aim are to raise awareness about the monoliths through a creative demonstration of the potential uses of the 3D data already recorded.

Factum Foundation would like to extend its warmest thanks to all those people that helped in making the project a success: 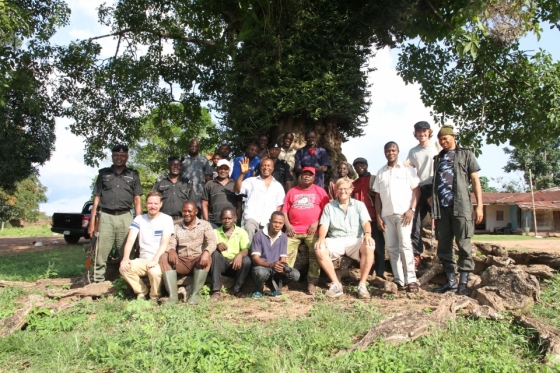