During the 1st days of May 2014 the facsimile of the Eastern End of the Throne room of Ashurnasirpal II was delivered to Iraq, to the Ashurbanirpal Library - the new Institute for Cuneiform Studies at the University of Mosul - where it will be displayed close to where the original panels were found and removed by Austen Henry Layard in the mid C19th. All the fragments from the eastern end of the throne-room of Ashurnasirpal II in Nimrud are now re-united (in facsimile form) including the routed sections in scagliola- after a meeting with the British Museum. Sebastian Beyro managed a perfect match for the complex grey green Mosul Marble. See the progress at Factum Arte.

This project started in 2004 as a collaboration with the Danish exhibition company United Exhibits Group. This exhibition company was working with the Council of Ministers and the Ministry of Culture of Iraq to curate an exhibition 'The Gold of Nimrud' that was planned as a touring exhibition to raise urgently needed funds for the preservation of Heritage in Iraq. In 2006, with UEG in serious financial difficulties, work on the exhibition stopped. At that time Factum Arte, working with Julian Reade (formerly assistant keeper of Near Eastern Archaeology the British Museum) and Mogens Trolle Larsen (professor of Assyriology at University of Copenhagen) had completed most of the work required to make a facsimile of the eastern end of the Throne-room of Ashurnasirpal II. 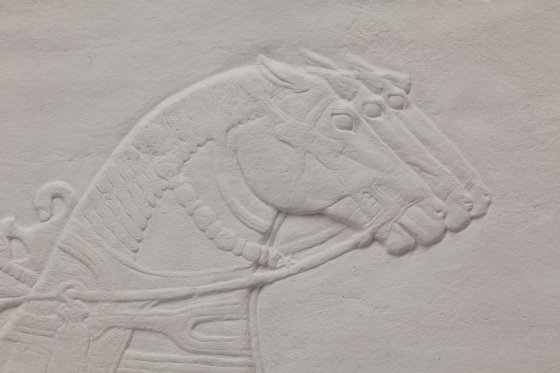 These plaster-casts are used to ensure that the detail on the surface of the scagliola is as perfect as possible. 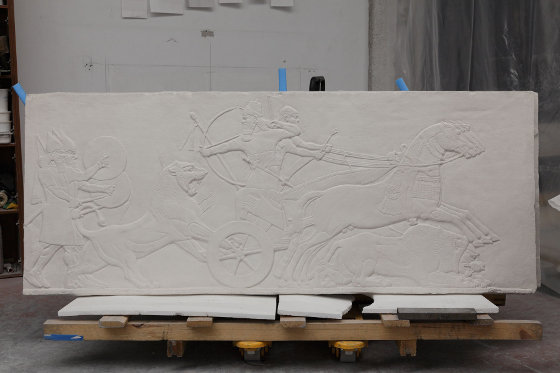 In addition to making the panels in scagliola they are also cast in plaster.

Some of the recording systems were specially designed for the work and have major implications for the study of relief surfaces – particularly the merging of 3D information with high resolution photography. Factum Arte's obsession with high resolution recording in colour and 3 dimensions can be seen in all the conservation projects they have realised. New scanners are constantly being designed and built for increasingly specific tasks.

The ability to render the 3D data with different light sources also has major implications for the study and dissemination of cuneiform tablets. Many of the cuneiform tablets that exist have never been read or studied. A systematic programme of scanning and reading with optical character recognition software could lead to some exciting new discoveries. 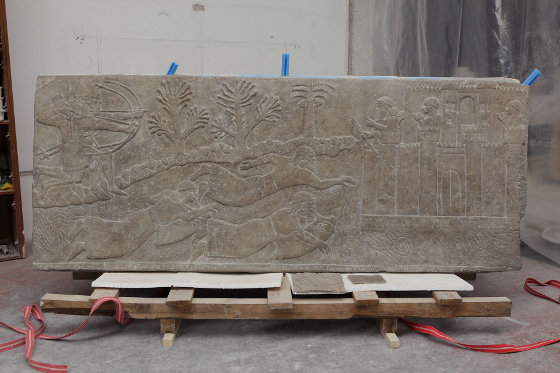 A finished panel made in scagliola matching the character of the Mosul marble of the original in The British Museum.

Increasingly a number of facsimiles are being used in cases of repatriation. The work carried out by Factum Arte on Veronese's Wedding at Cana is a good example of this. However in the case of the facsimiles of the relief panels from Ashurnasipal II's throne-room there is another interesting aspect - that of re-uniting different parts from the same site that are now displayed as discrete objects in different museums around the world. The friezes from Nimrud were once part of a complex narrative that mixed polychrome relief carving and text. The impact of this has been lost. It is hoped that the work to reunite all the known parts of the Eastern end of the throne-room will lead to new insights and understandings about both Assyrian art and life. Revealing the biography (or career) of each of the fragments is an important part of the work - one that shows how attitudes to the preservation of culture are both constantly changing and geographically conditioned.

The Northwest Palace was discovered in 1849-50 by Austin Henry Layard. He wrote: We may wander through these galleries for an hour or two, examining the marvelous sculptures, or the numerous inscriptions that surround us. Here we meet long rows of kings, attended by their eunuchs and priests,- there lines of winged figures, carrying fir cones and religious emblems... Some, who may hereafter tread on the spot when the grass again grows over the ruins of the Assyrian palaces, may suspect that i have been relating a vision.

With extraordinary skill Layard removed the carved polychrome friezes and sculptures with the majority being sent to the British Museum in London. In the C19th there was as much interest in the Assyrian Culture as there was in Egypt and these works were of great importance to the British Museum as it built its collection. The panels have a complex biography after they arrived in London; some were cast, some were shown at the Great Exhibition (from where they were sold to the Pergamon), others were allowed to go elsewhere and Layard also gave some away. As a result a once coherent narrative cycle ended up in museums around the world. Parts of the palace not removed by Layard remain in Nimrud and are in urgent need of documentation and preservation. 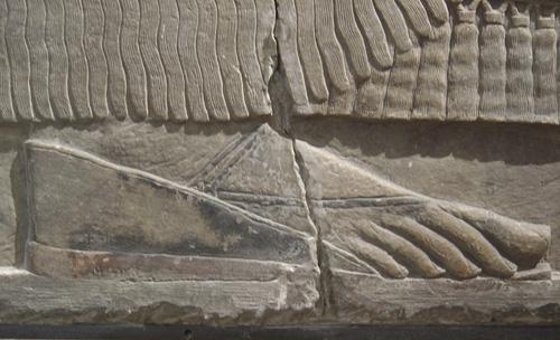 The Throne-room was originally painted but since its removal in the 19th century all the paint (except for small traces, mostly visible on the feet of the Dresden panel) has been removed. This either happened during the process of plaster casting at the British Museum or during subsequent cleaning. 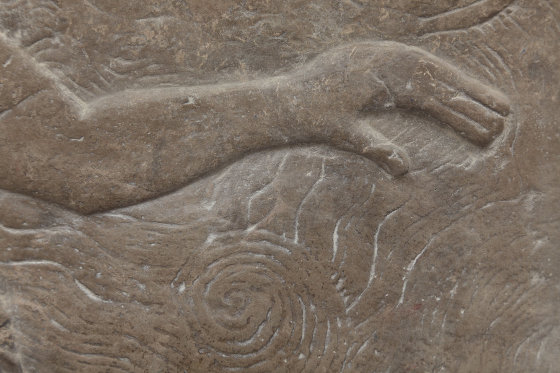 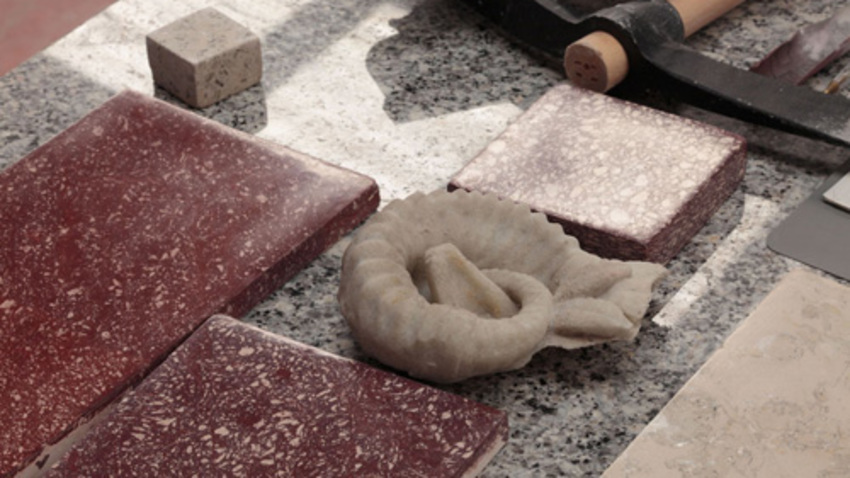 This video shows the process of making scagliola in Factum Arte's workshop. Sebastián Beyro has worked for many years perfecting the skills required to make a variety of marble-like surfaces from a dough of gypsum, pigment and animal glue.