Shipment to Cairo and Installation in Luxor

On November 4th 1922, Howard Carter discovered evidence of the existence of a tomb near the entrance to KV9. Throughout the month of November he cleared the way to a sealed doorway. On 25th November, the sealed doorway at the entrance of the tomb was photographed. News spread rapidly and the discovery caught the imagination of the world. A few days later the Antechamber was opened revealing "wonderful things". It took until the 17th February 1923 before they had accurately recorded all the objects in the antechamber and were ready to open the next sealed door. Within minutes of opening a hole in the wall it was clear that Lard Carnarvon and Howard Carter had discovered an unrobbed royal burial chamber. In that moment the young Tutankhamun emerged from obscurity and captured the public imagination. 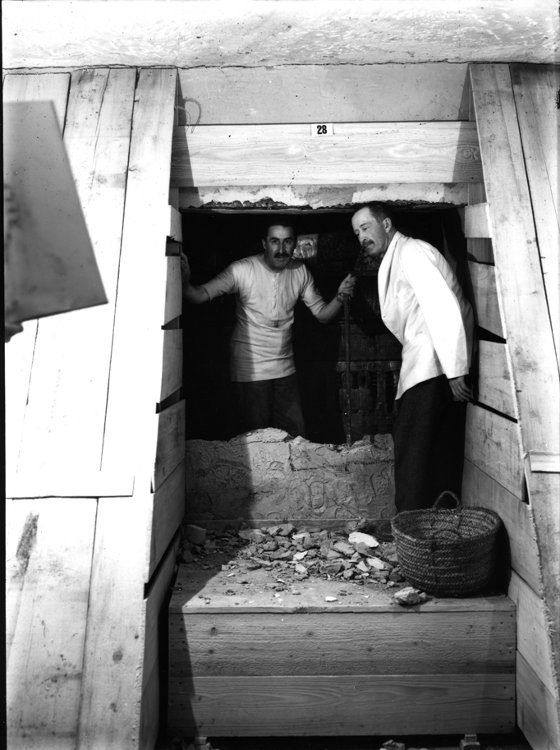 The 4th of November 2012 marked the 90th anniversary of the discovery of the first signs that would lead Howard Carter to discover the Tomb of Tutankhamun. Baroness Ashton – the then EU Higher Representative for Foreign Affairs - and the Egyptian Minister for Tourism, Mohammed Zaazou, arranged a Task Force Business and Tourism Summit in Cairo to define a programme of support for Egypt, following the events of the Arab Spring. Factum Foundation sent the facsimile of the burial chamber to Cairo to be unveiled at the EU event.

The cases containing 4 tons of facsimile left Madrid on November 3rd bound for Ostend in Belgium, a port from which they could be shipped to Cairo. A team of 7 worked tirelessly during three days to assembled the facsimile. 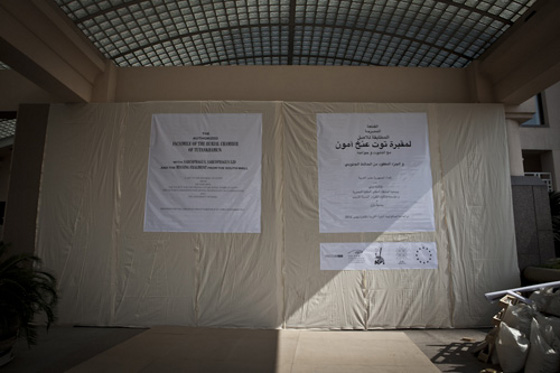 The calico covering on the outside of the structure. 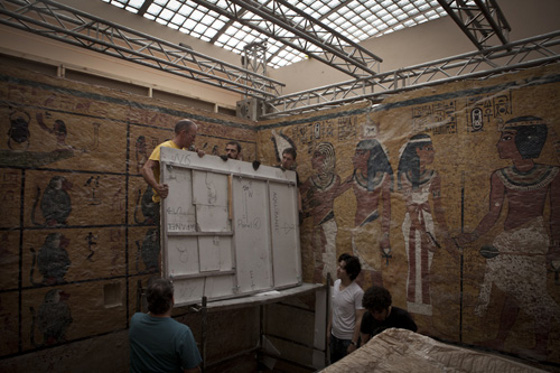 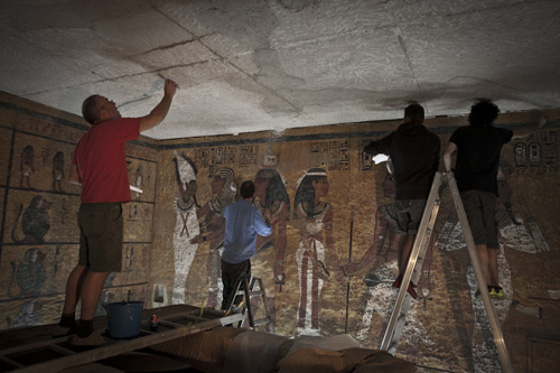 At 8.00 a.m. on the 13th November Baroness Ashton made a speech, standing at the door of the facsimile of the Tomb, in which she pointed out the gift of the facsimile as a token of the friendship between Europe and Egypt.The Minister of Tourism enthusiastically agreed to support a new tourism in delicate environments. Adam Lowe briefly told the story of the facsimile and it importance in the preservation of the Valley of the Kings and his personal journey - ending up in Cairo and with Luxor in sight. 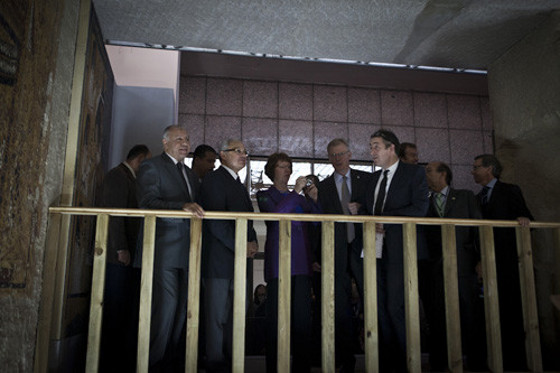 Baroness Ashton taking a photograph of the facsimile. Mohammed Zaazou, the Egyptian Tourism Minister, James Moran, EU Ambasador, and Theo Abt from Society of Friends of the Royal Tombs of Egypt also assisted the event

The burial chamber and sarcophagus in the tomb of Tutankhamun were fully recorded in the Spring 2009. The facsimile was completed in 2011 and installed at the entrance of the Valley of the Kings near the Carter House in 2014. The facsimile is installed below ground using natural ventilation and climate control.

The gift and installation of the facsimile has very specific objectives to:

The building hosting the facsimile also contains an exhibition about the opening of the tomb and the removal of the South Wall. The goal is that this installation will give visitors an opportunity to understand the history of the tombs since their discovery, encourage conservation of the original site and establish Egypt as a world leader in this application of technology and manual skill. 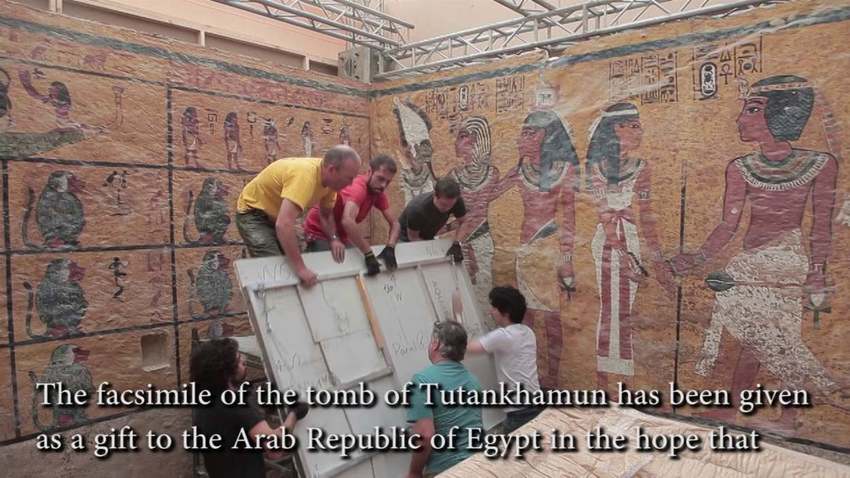 A four minute video of the facsimile arriving in Cairo.