Recent research in the Tomb of Tutankhamun carried out by the SCA, Factum Arte and the Getty Conservation Institute suggests that the damage caused by the visitors and conservation attempts is more critical than previously assumed. How can sustainable cultural tourism be developed in the Theban Necropolis?

The solution is to carry out an ambitious and systematic high-resolution survey in colour and 3D of these three tombs. The data will be held in the Documentation Centre at the Supreme Council of Antiquities and will be used as a central resource to monitor the decay in the tombs. The data will also be stored in a secure archive where it will be prepared and posted on the internet making it available through a Creative Commons licence to conservationists and to raise public awareness of the state of the tombs. Using the data exact facsimiles will be made that will form the central display in a new museum/visitor centre that will be built at the entrance to the Valley of the Kings. 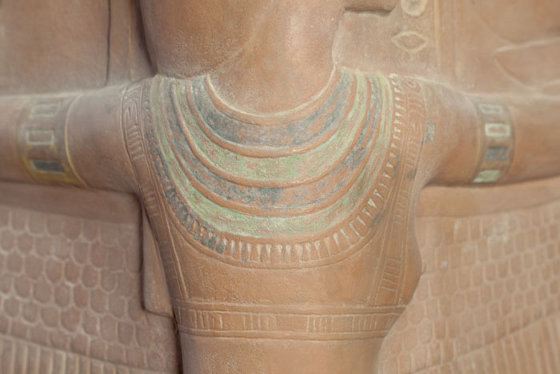 Final facsimile of the Tomb of Tutankhamun

The Theban Necropolis Is In A Critical Position

The Supreme Council of Antiquities (SCA) has often been quoted as saying that the tombs of the pharaohs in the Valley of the Kings could be completely destroyed by modern activities. Recent research in the Tomb of Tutankhamun carried out by the SCA, Factum Arte and the Getty Conservation Institute suggests that the damage caused by the visitors and conservation attempts is more critical than previously assumed. The original tomb of Tutankhamun is visited by up to 1000 visitors per day. The effect of the temperature changes, the humidity levels and the dust is serious problem. Previous restoration and consolidation treatments are adding to the problems of preserving the tomb in a sustainable and sympathetic way.

While Tutankhamun needs to be closed, there are other tombs, central to our understanding of Pharaonic culture that have already been closed to the general public to preserve them. The most important of these, for the texts they contain and their beauty, are the tombs of Seti I and Queen Nefertari. 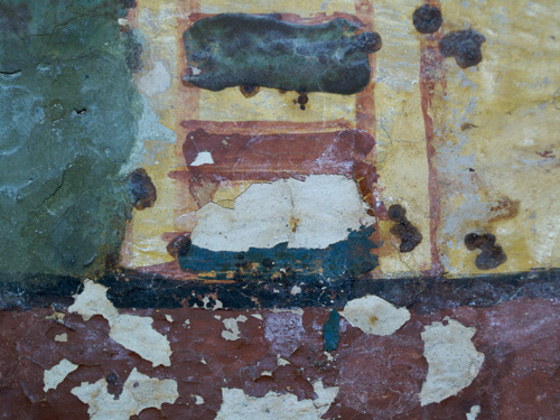 The fragility of the surface of the Tomb of Tutankhamun. 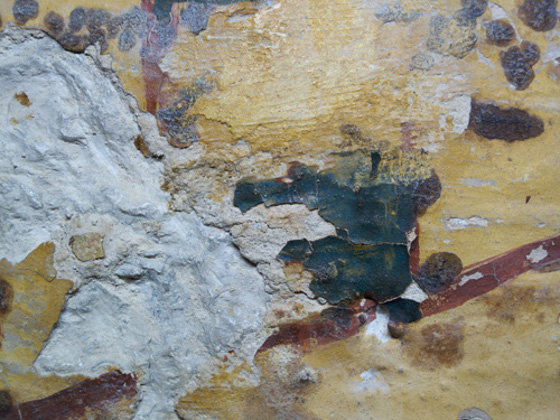 The fragility of the surface of the Tomb of Tutankhamun.

The driving logic for this project is to turn the interest of the millions of visitors into a force that will ensure the preservation of Egypt's cultural heritage. Only with a wide range of co-operation and sponsorship from all over the world can these important testimonies to the past be permanently protected and recorded for posterity. The Supreme Council of Antiquities is committed to ensure that innovative approaches and new technologies are used to preserve and protect the sites in Egypt so they can be passed on to future generations in good condition.

Thanks to Factum Arte and the Society for the Friends of the Royal Tombs of Egypt this work has already started. The facsimile of the tomb of Tutankhamun has proved the validity of the idea. Focused action is now required – action that will result in a sustainable and carefully managed approach to the conservation of the Theban Necropolis that will also bring new skills and employment to Luxor.

Financial support is needed to turn this vision into a reality - demonstrating that imaginative solutions can both help to preserve our shared cultural heritage and provide an enhanced visitor experience – and most importantly, a deeper understanding of the dynamic relationship between the present, the past and the future.

In November 2008 the SCA approved a major project to document and create exact replicas of these three tombs. In 2009 the burial chamber and sarcophagus in the tomb of Tutankhamun were fully recorded at the highest resolution ever achieved on such a large-scale. The exact facsimile of the tomb is now complete. The data has been prepared and is being used to monitor and accurately record the decay that is taking place in the tomb. The intention is to make it public so everyone will be able to study it in great detail.

This work has been realised by Factum Arte in Madrid. The results achieved so far are remarkable. They are helping to preserve and communicate the cultural importance of the tombs and to allow conservationists to better understand the objects themselves. This initiative concerning sustainability and knowledge transfer is dependent on newly developed technology. A high-resolution 3D laser scanner, capable of recording 100 million measured points per square meter, has been specially developed for this work. Meetings have taken place with the Laser Scanning Department at The Supreme Council of Antiquities and a commitment has been made by Factum Foundation to find the way to supply equipment and train an Egyptian team to record the tombs of Seti I and Nefertari. 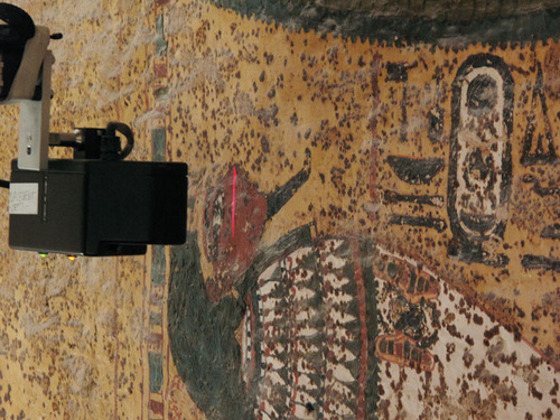 Various recording systems in the tomb of Tutankhamun. 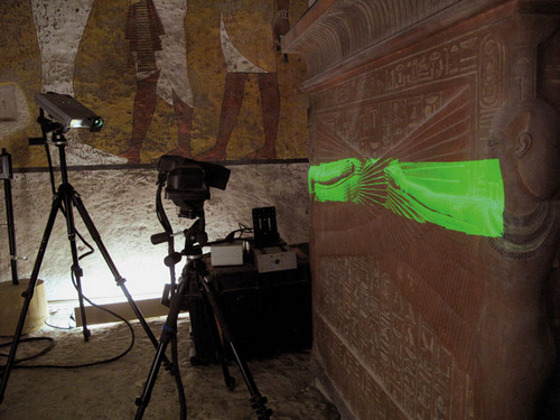 In the Tomb of Tutankhamun all the walls were recorded with the white light scanning system at three different resolutions: 200 microns, 400 microns and 700 microns. 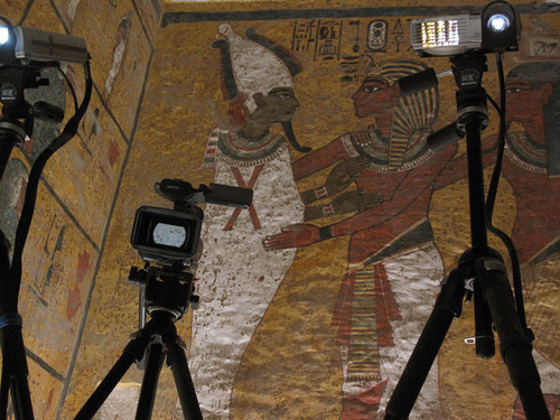 Photograph of Factum Arte's facsimile of the Burial Chamber of Tutankhamun seen from the door of the treasury during assembly in Madrid.

The finished facsimiles will form the core of a new visitor centre that will be located near the Valley of the Kings giving access to the public to tombs whose originals are closed to the public to save them for future generations while generating revenue that will be used to document these and less famous but equally important tombs.

An initial survey was undertaken in the tomb of Nefertari in 2009 and work on the recording of the tomb can start as soon as the finance is available. Plans are being finalised for the complete recording of the tomb of Seti I. Both of these tombs are large and intricately decorated. The work will take time and costs can be reduced by setting up workshops in Luxor under the management of Factum Arte - where local skilled and less skilled labour will be required and where it is estimated than 100 new jobs would be created if this project is realised in full.

The Supreme Council of Antiquities, the Ministry of Tourism, The Society of Friends of the Royal Tombs of Egypt and the Factum Foundation are seeking a way to raise international interest and support in order to realise this work without compromise and to ensure the success of the project. 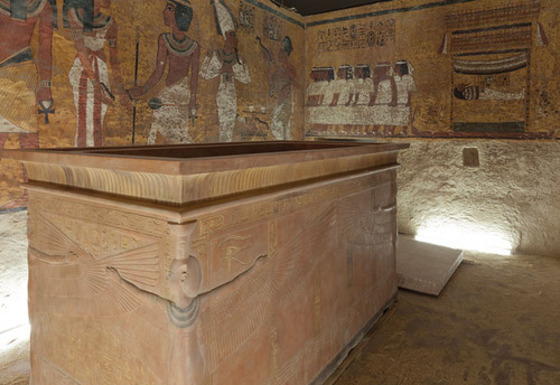 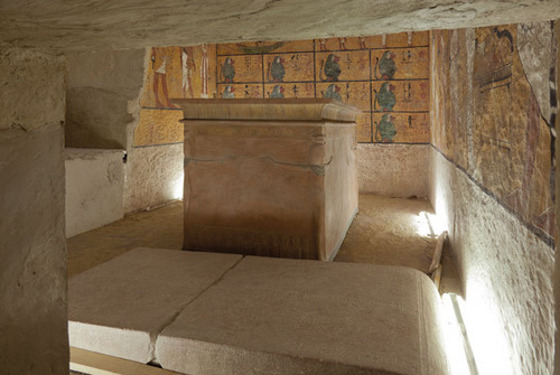 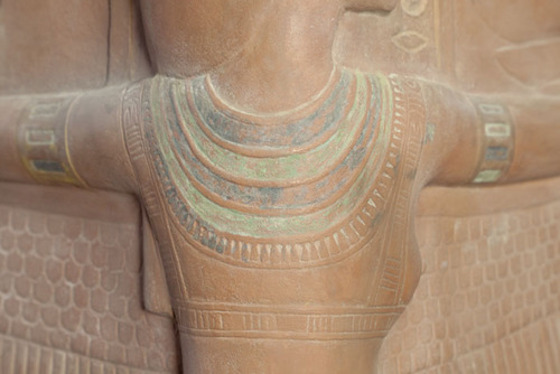 Final facsimile of the Tomb of Tutankhamun. 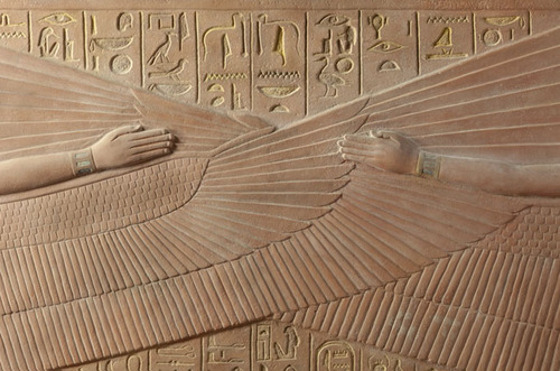