Factum Foundation is carrying out a new digitisation and training initiative focussed on the unique series of Romanesque wall paintings removed from the Church of San Juan de Ruesta (Huesca) and other churches that form part of the ‘French route’ of the Camino de Santiago.

The aim of the work is to obtain high-resolution records of the current condition of the paintings (both in colour and 3D) as the base for digital restoration, and hopefully, facsimiles.

In the 20th century, the removal of paintings from churches in north-eastern Spain using the strappo technique was a normal part of their preservation. The wall paintings originally covered the apse of the Church of San Juan de Ruesta, and after their removal, the church lost its function and its meaning and fell into near-total disrepair. An extensive restoration project carried out by Sergio Sebastián Arquitectos has recreated a new space from the old ruin. The apse is still there with traces of original paint – the production of a facsimile will allow the painting to be seen in its original context once again.

A team from Factum Foundation worked with a group of graduate students from the Universidad de Zaragoza's Máster de Gestión de Patrimonio Cultural to record the wall paintings, now within the collection of the Museo Diocesano de Jaca.

As part of Factum's 'learning by doing' educational model, the students recorded in the museum and in the church, employing different recording methodologies to understand the strengths and limitations of each. They are now merging and processing the data and carrying out a digital restoration of the damaged paintings.

The project is a collaboration of Factum Foundation with Universidad de Zaragoza, Sergio Sebastián Arquitectos and Confederación Hidrográfica del Ebro. 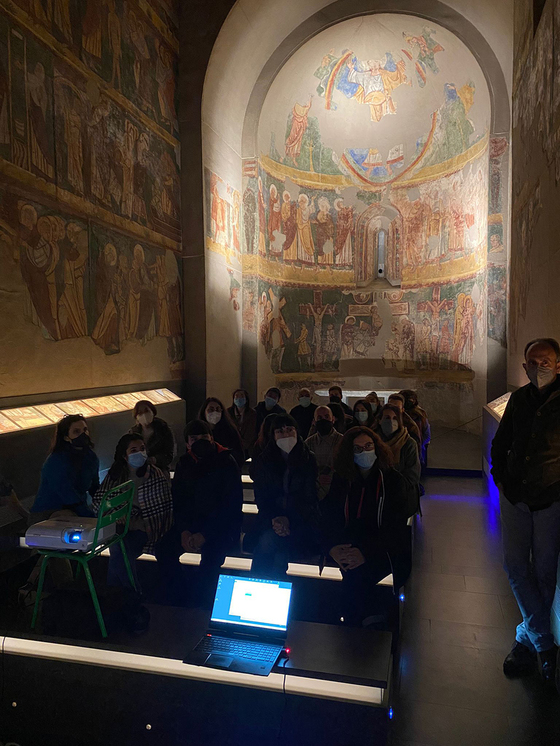 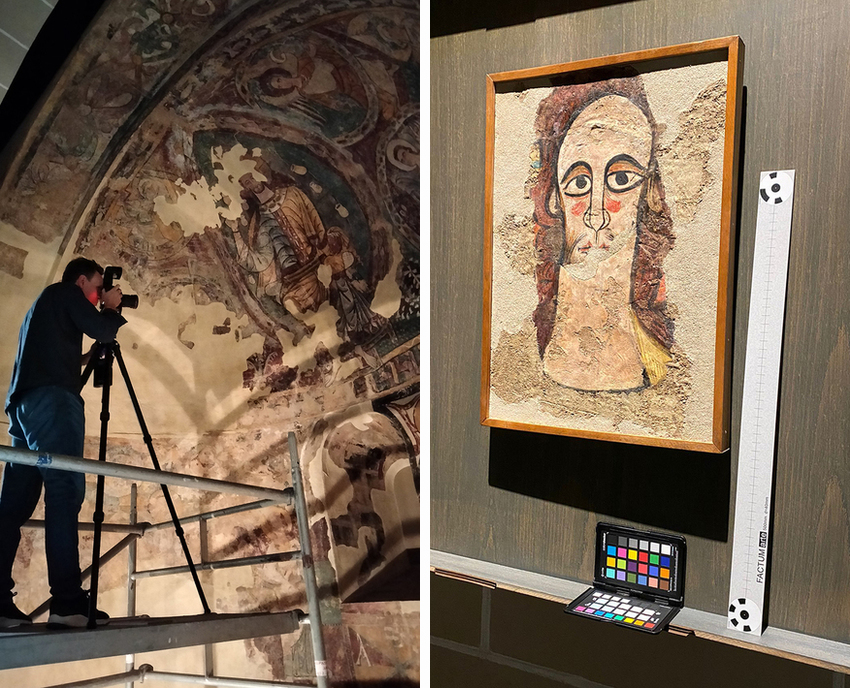