Facsimile of a Neo-Assyrian relief 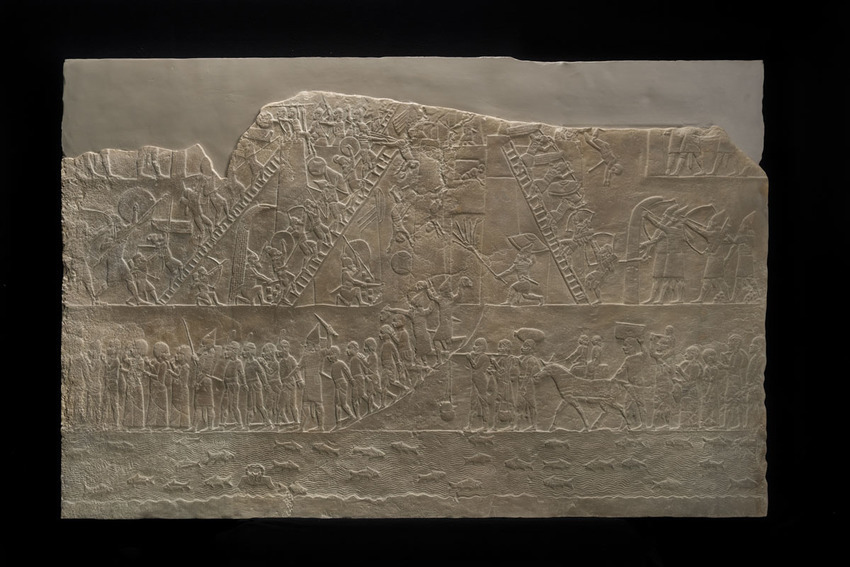 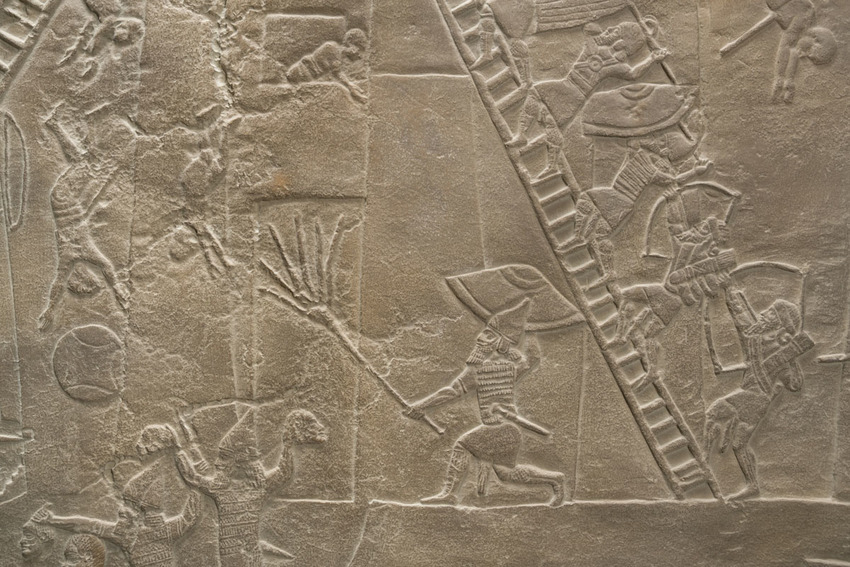 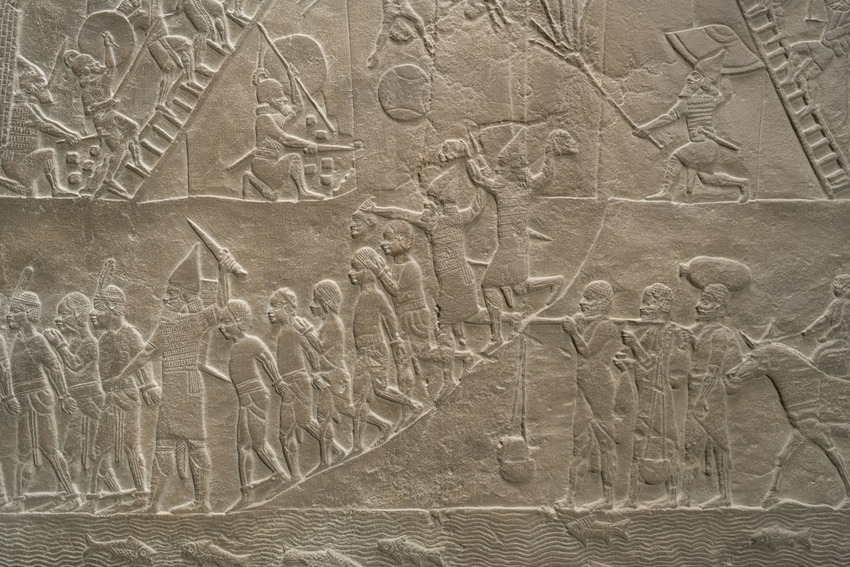 After the recording of the two monumental lamassu in 2004, a team from Factum Foundation travelled again to the Middle East Department of the British Museum to record in high-resolution the Neo-Assyrian relief (BM n.124928) depicting the Assyrian capture of a fortress in Egypt. This gypsum panel, excavated from Nineveh and acquired by the Museum in the 19th century, was part of the low-relief decoration of the palace of King Ashurbanipal.

Ahead of the loan of the original panel to the exhibition 'Pharaoh of the Two Lands. The African Story of the Kings of Napata' at the Musée du Louvre (28 April – 25 July, 2022), Factum Foundation worked with the British Museum on the recording and the making of a facsimile. The high-resolution recording was carried out at the beginning of April 2022 by Celestia Anstruther and Gabriel Scarpa, using the Lucida 3D Scanner and composite photography to acquire accurate surface and colour information. A facsimile of the relief panel was produced for display inside the British Museum for the duration of the loan.

It is estimated that Nineveh contained over fifteen kilometres of wall reliefs, with the king often featured as the heroic protagonist in military campaigns, royal hunts, and more domestic and ritual scenes. Both the city and the royal palace were destroyed in 612BC - only legends mentioned their existence before their rediscovery in the 19th century.

In addition to the lamassu and other reliefs from the palaces at Nimrud and Nineveh, Factum Foundation previously recorded fragments in the Pergamon Museum, the Staatliche Kunstsammlungen Dresden, and the Princeton University Art Museum. New technologies and the use of facsimiles will hopefully allow for cultural institutions to collaborate in bringing the fragments together inside innovative exhibitions or as an instrument of cultural mediation – such as the donation of the facsimiles of the two lamassu sculptures to the University of Mosul in 2019. 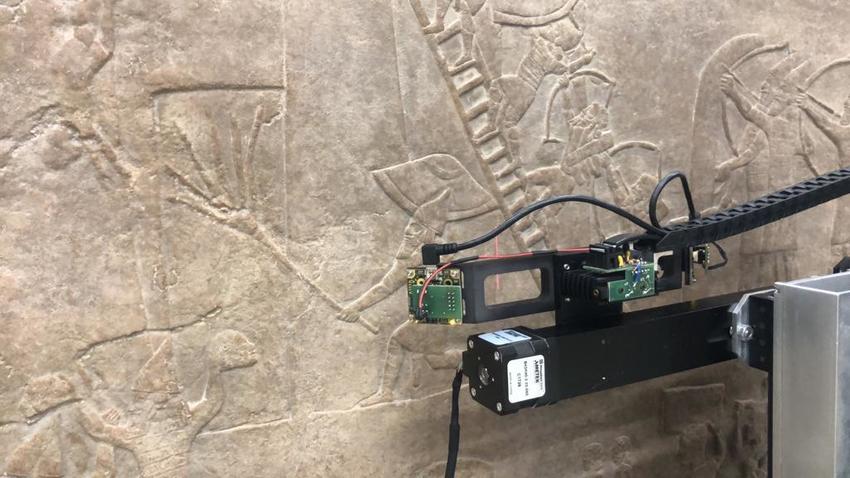 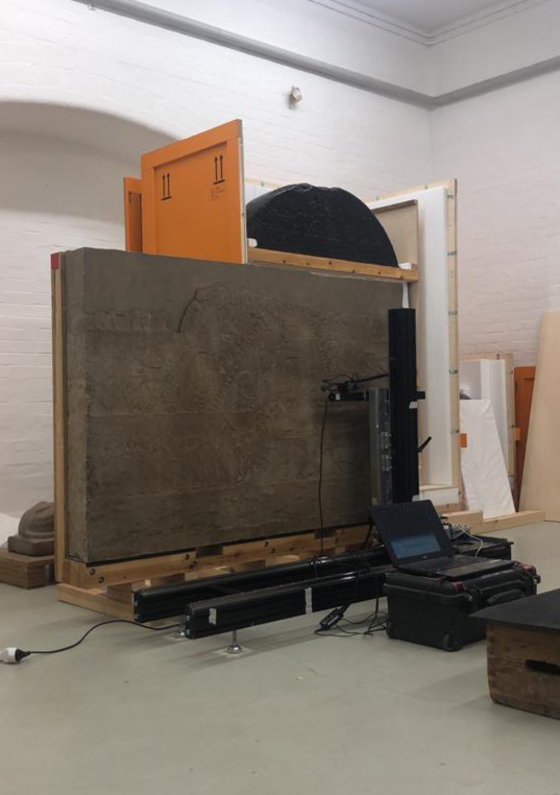 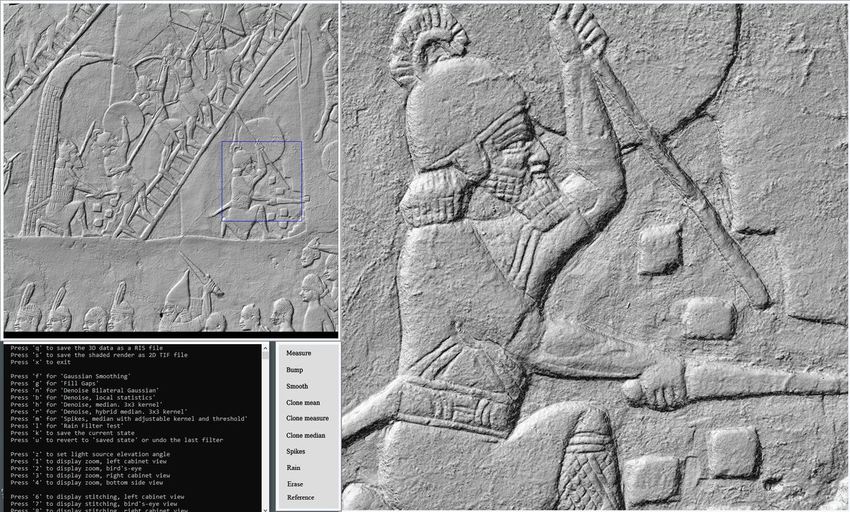 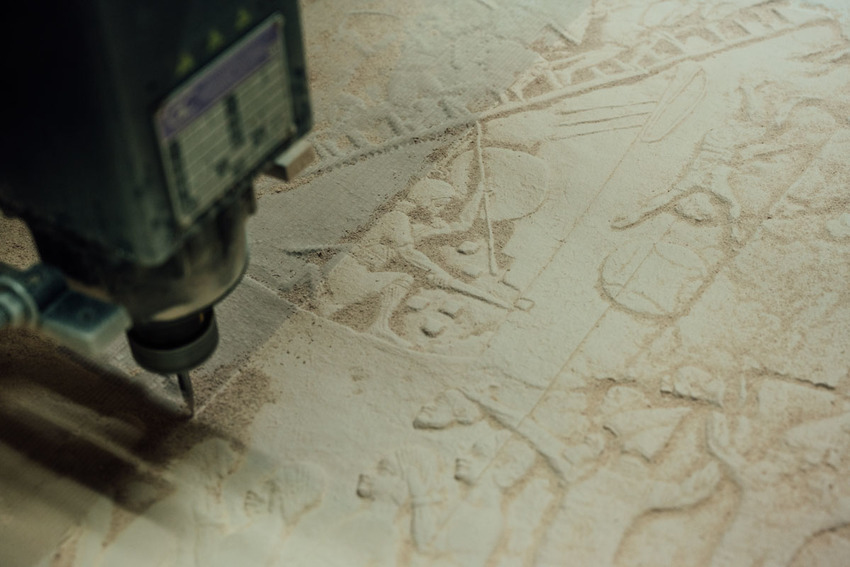 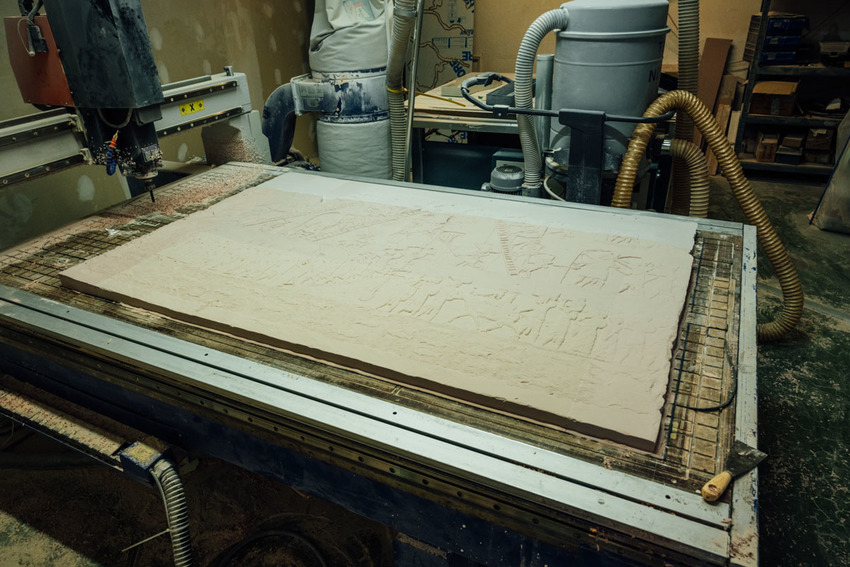 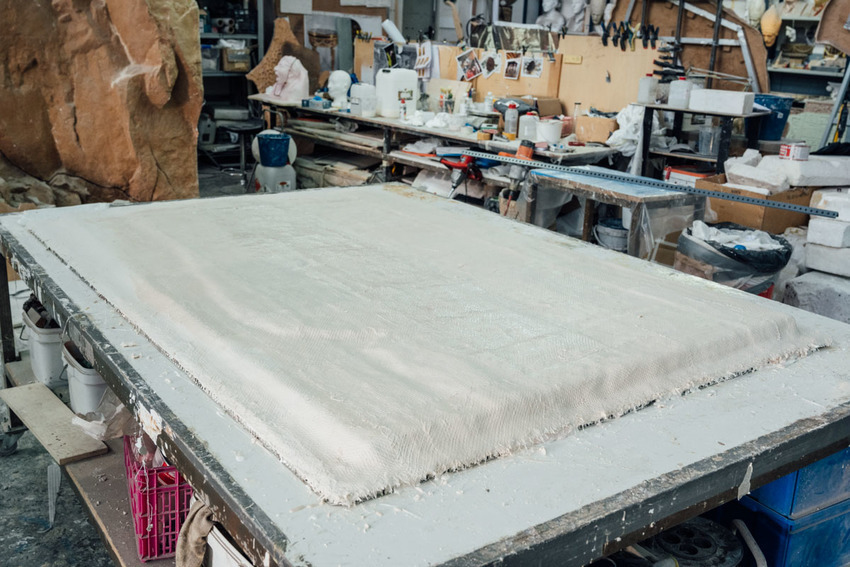 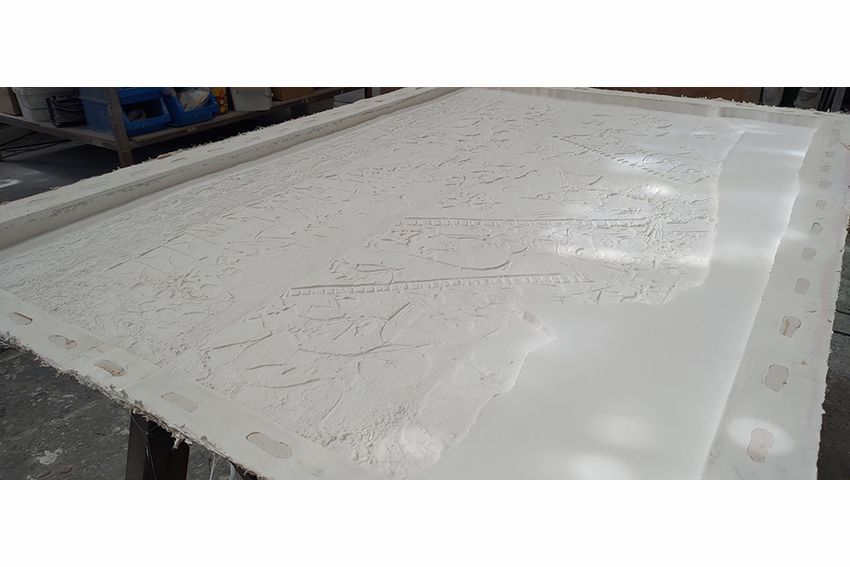 The fiberglass mould before casting in plaster © Factum Foundation 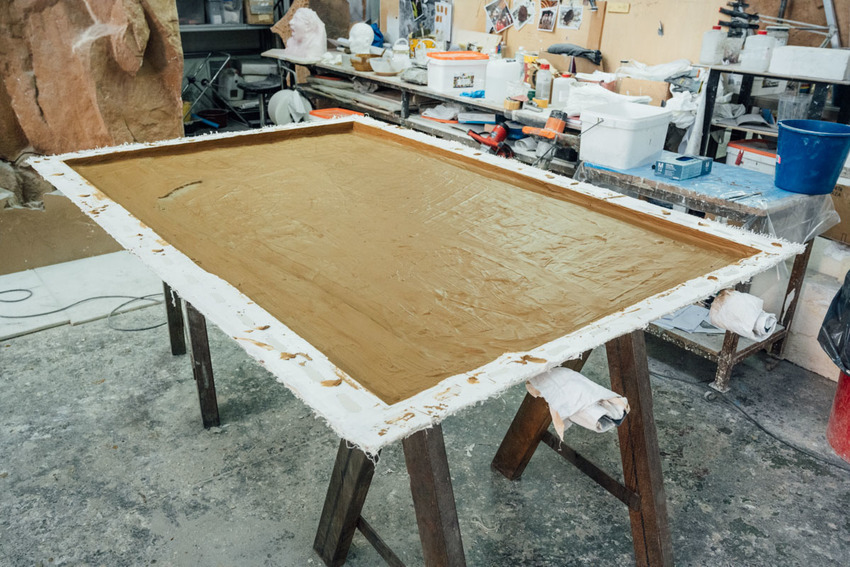 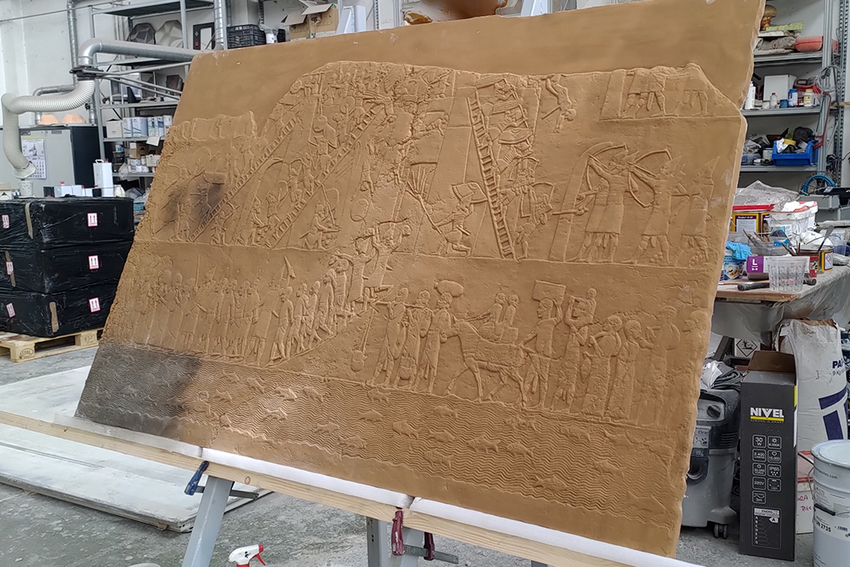