Young Knight in a Landscape 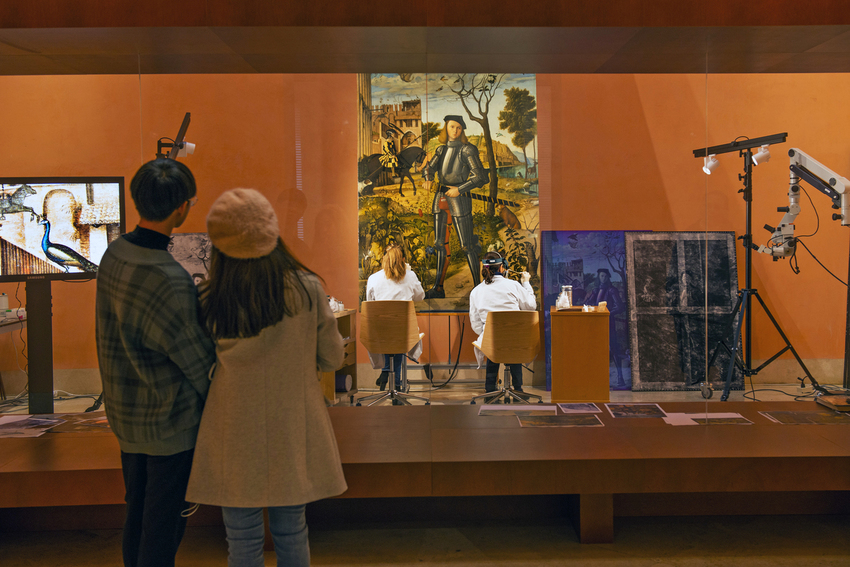 The original painting on display in Room 11 of the Thyssen-Bornemisza Museum, undergoing cleaning and restoration © Hélène Despléchin

As part of a new collaboration between the Thyssen-Bornemisza Museum and Factum Foundation, a team from Factum Foundation recorded the Young Knight in a Landscape (1510) by Vittore Carpaccio. The painting is one of the most celebrated works in the museum’s collection and, if considered a portrait, is the first known example in Western painting in which the sitter is depicted full-length.

The Young Knight underwent a cleaning and restoration process that formed part of the exhibition ‘Carpaccio’s Knight: Restoration and technical study’ (17 May - 1 November 2021). The Thyssen-Bornemizsa’s conservation team showed great interest in pushing the analysis of the painting further using Factum’s high-resolution recording methods, and the Young Knight in a Landscape was digistised in 3D and colour in May 2021, along with its frame.

The surface and colour data were merged by a team of 2D and 3D specialists in Factum’s studios into a multi-layered viewer, which will act as a ‘digital passport’ of Carpaccio’s painting, providing information on its material state at the highest degree of accuracy. The dataset was handed over to the museum’s team and will serve as a point of reference for any current and future analysis and research, while the museum will retain full ownership of the data recorded by Factum Foundation. 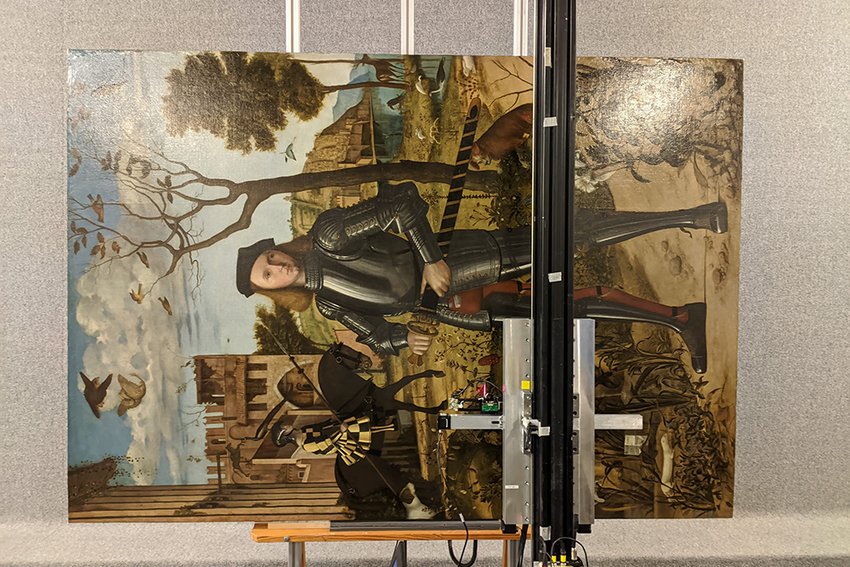 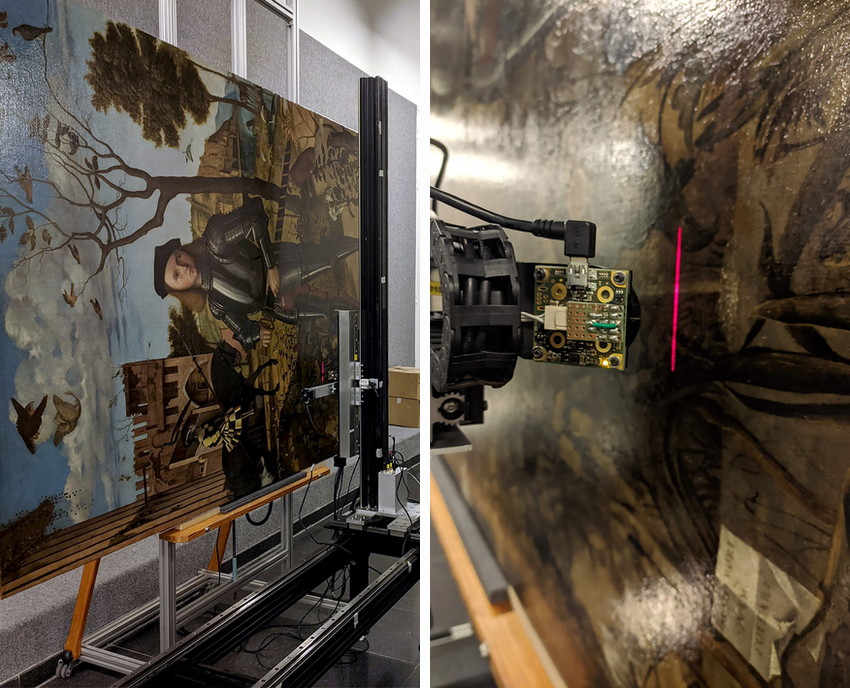 Botanologist Eduardo Barba recently worked with Factum Foundation to propose a digital restoration, made by Eduardo Lopez, of the colour of the yellow irises on the bottom left side of the painting. The opacity and colour of the pigment has been lost due to oxidisation and previous restoration attempts. Digital restoration using non-contact technology was able to reveal new layers of information without imposing on the original. As the yellow irises reappear, the spatial complexity is transformed. 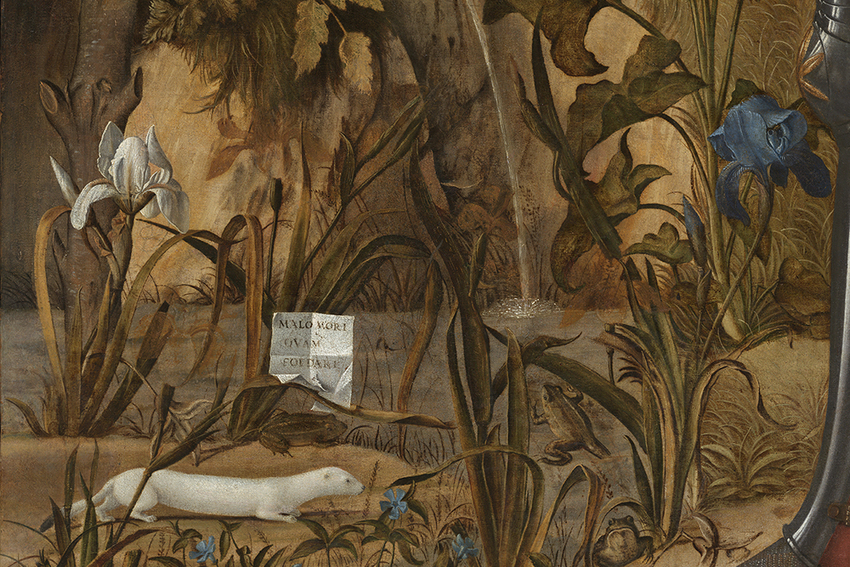 Detail of the original area with the irises 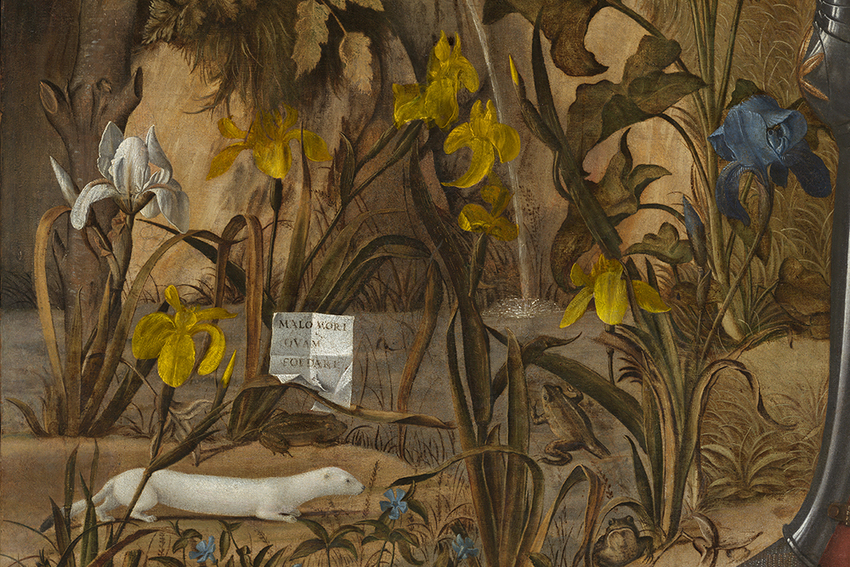