On October 19th a team from Factum Foundation started the high-resolution recording in 3D and colour of Velázquez’ Saint Thomas at the Musée des Beaux-Arts in Orléans. St. Thomas, painted around 1618-1620 and part of Velázquez’ early works, was documented using panoramic composite photography and the Lucida 3D Scanner.

The data gathered during this recording was handed over to the Musée des Beaux-Arts and it has been used to create an exact facsimile for the Casa Natal de Velázquez, due to open its doors in 2021 in Seville. 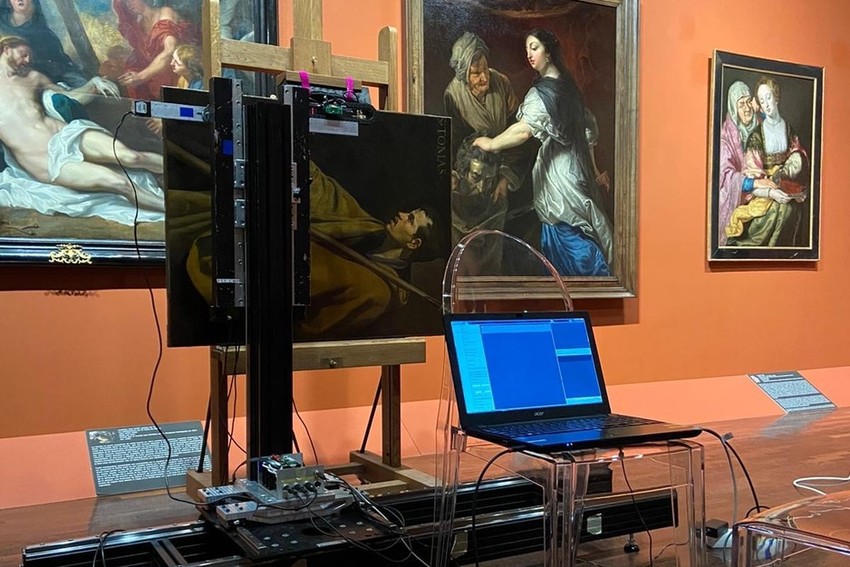 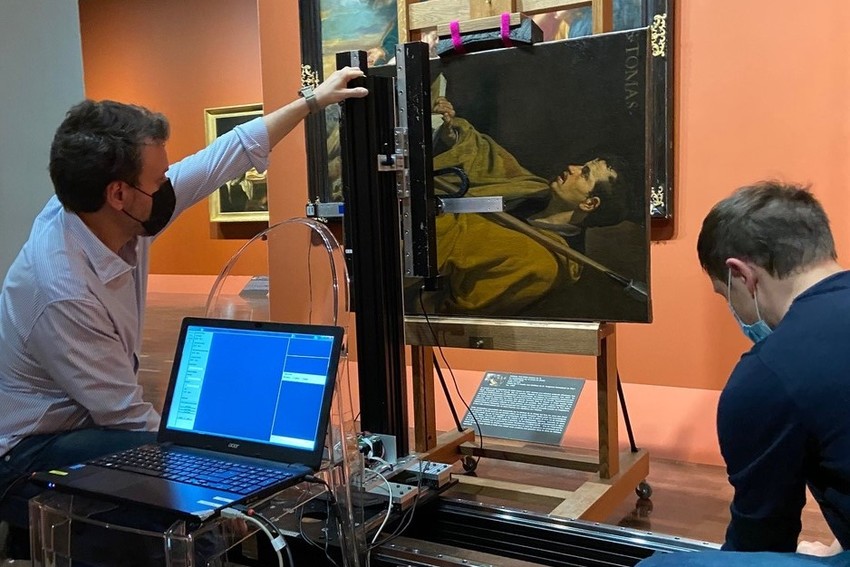 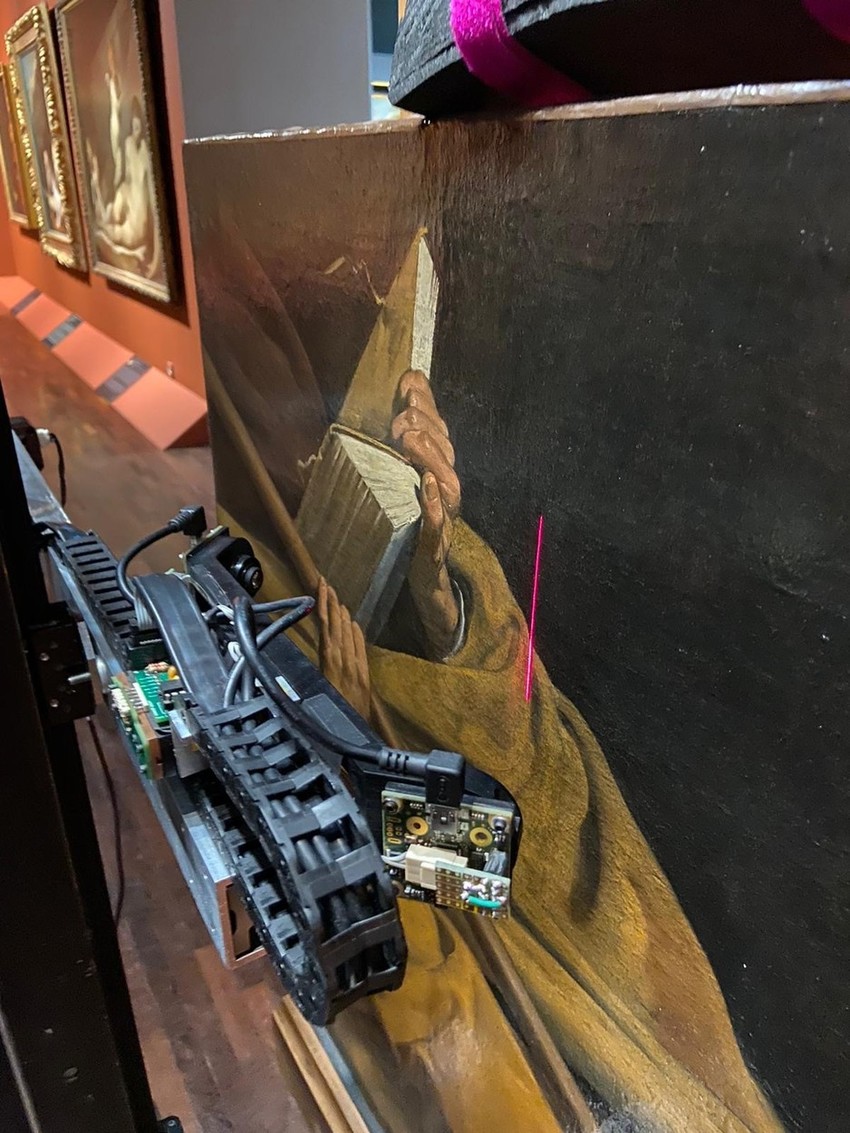 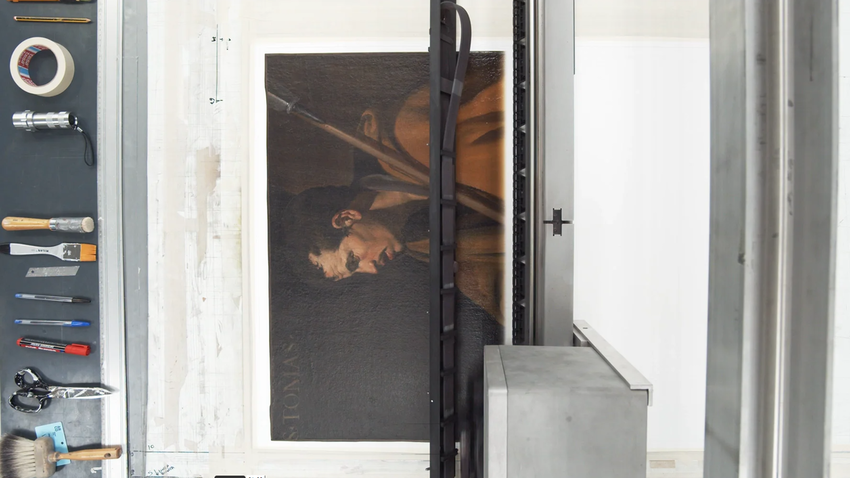 In this video, Factum's custom flatbed printer prints the colour of Diego Velázquez' Saint Thomas, in perfect registration over the 3D surface of the painting, created using a specially-prepared acrylic gesso mix. This ‘skin’, which forms the base surface of the final facsimile, will be then fixed to a backing canvas in a process that is similar to re-lining a painting. © Óscar Parasiego for Factum Arte