© Filmed and edited by Oscar Parasiego

On 21st September 2020, Otto Lowe and Pedro Miró from Factum Foundation arrived in AlUla to begin the largest high-resolution 3D recording project in the Kingdom of Saudi Arabia. This resulted in the production of a high-resolution 3D model of the Nabatean archaeological site of Hegra (also known as Mada’in Salih or Al-Ḥijr) as well as Dadan, Jabal Ikmah and Abu Ud.

The data from the recording of the historic landscape at AlUla (Hegra is a UNESCO World Heritage Site), will be processed by Factum’s experts and will be handed over to the Royal Commission for AlUla. The RCU will own the data for all current and future applications. Extensive work is currently underway to find an aesthetically beautiful way to view the data so it can dynamically respond in real time.

This information will be critical for the preservation of this extraordinary site as it becomes the focus of the country's drive to attract cultural tourism. High-resolution recording will not only help attract visitors but it will be essential to record a site that has been overlooked for many years. Condition monitoring and conservation mapping will provide a detailed framework for the archaeologists working on the site.

Factum Foundation is delighted to collaborate with the Royal Commission for AlUla on this ambitious project. The recording will prove essential for the dissemination, condition monitoring and conservation of the heritage landmarks and cultural legacy of the Nabataean, Dadanite and Lyhanite cultures in and around the AlUla oasis. 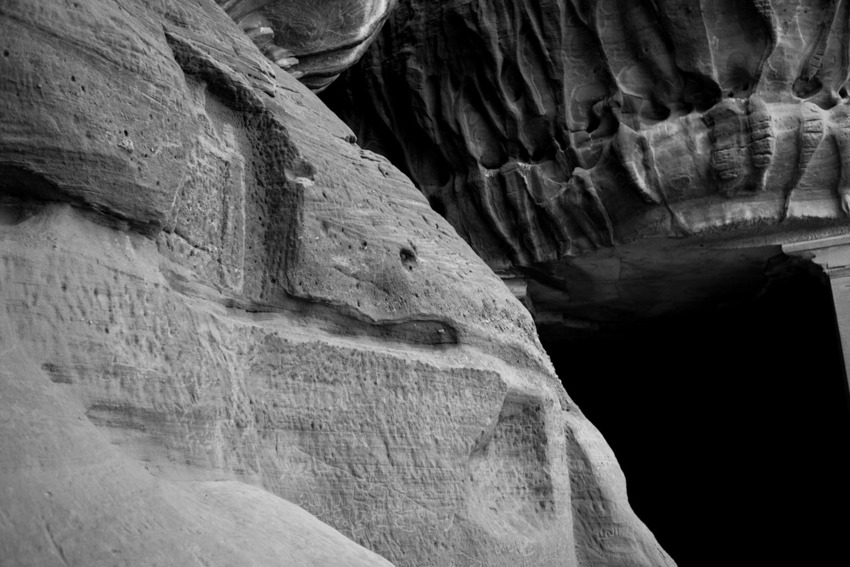 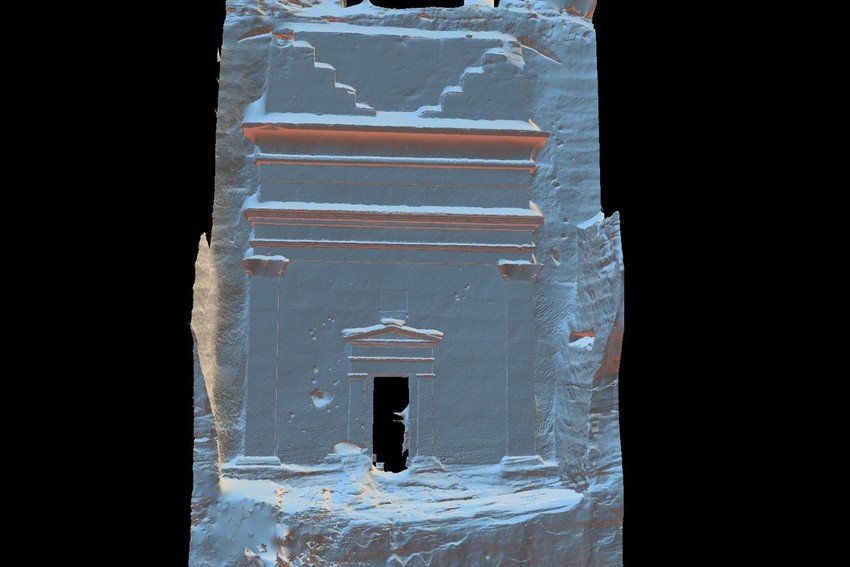 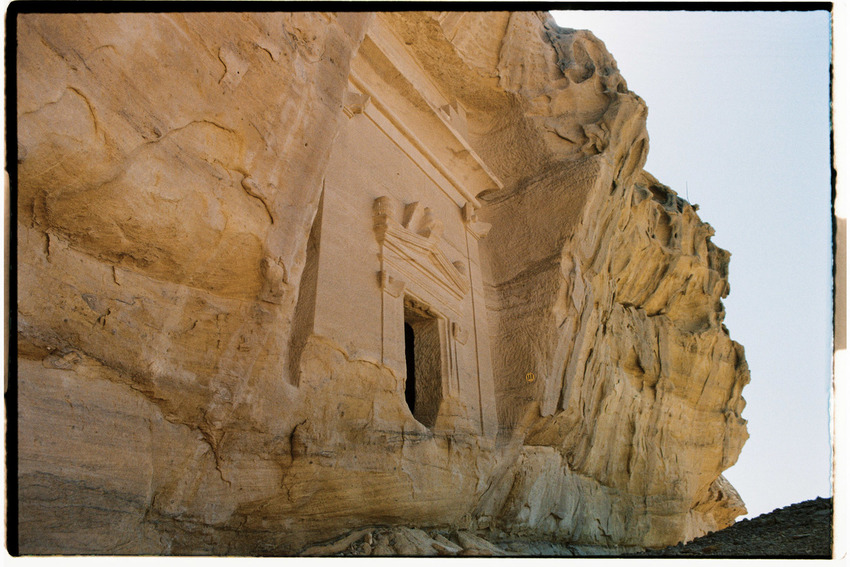 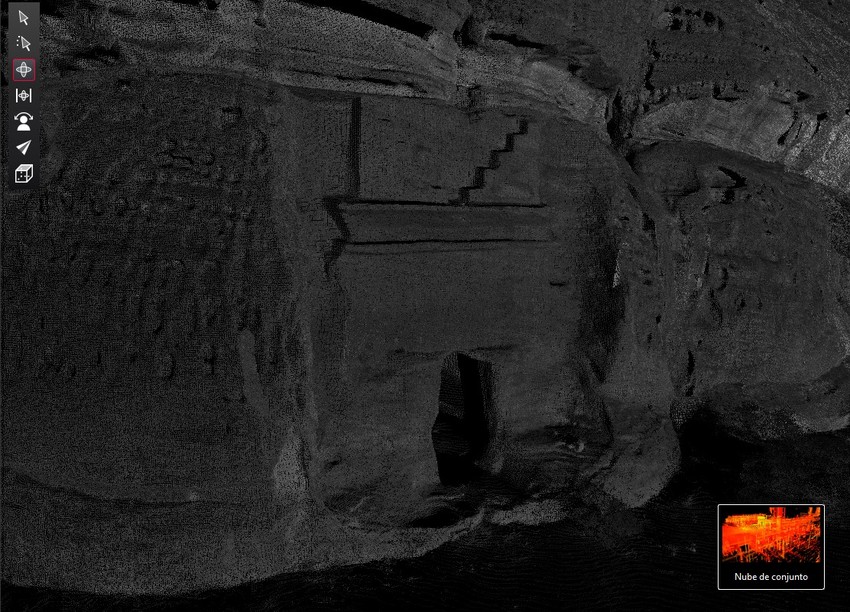 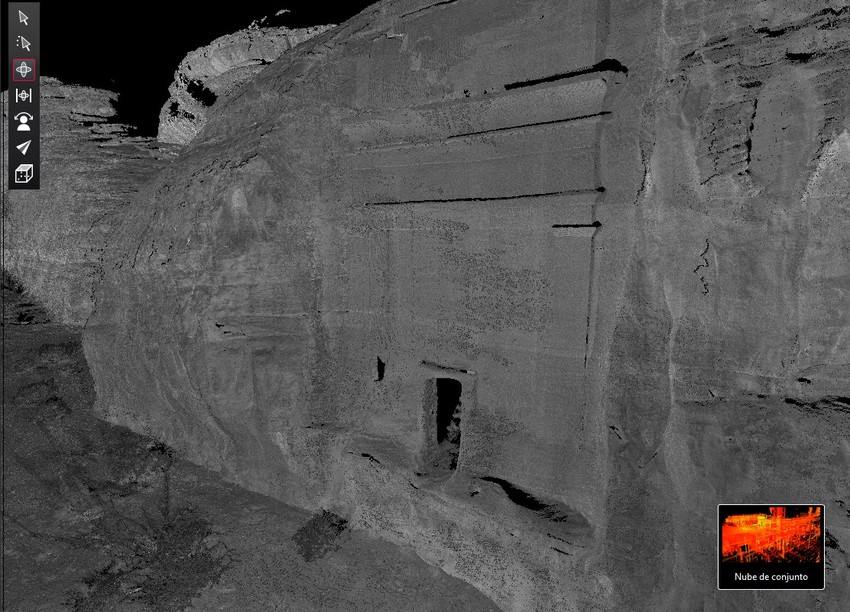 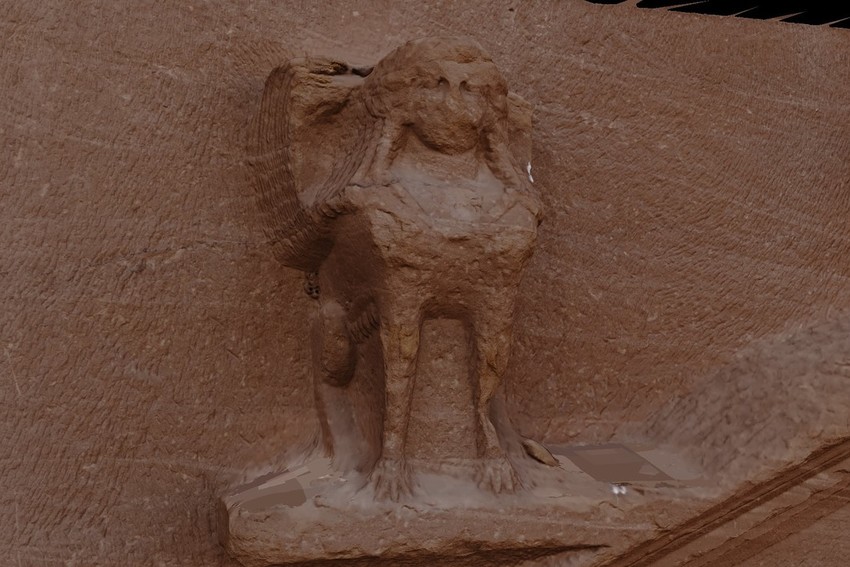 Render from the unfinished 3D model of a harpy decorating one of the entrances, created after merging the data gathered from LiDAR and photogrammetry © Factum Foundation for RCU

Following the first trip to Saudi Arabia in October, a second team (Osama Dawod from Factum Foundation and Robert Kesak from Columbia University) travelled to AlUla in November 2020 to continue the recording at Hegra and begin work at Dadan. Meanwhile, the first team was at work processing the data captured during the previous trip. 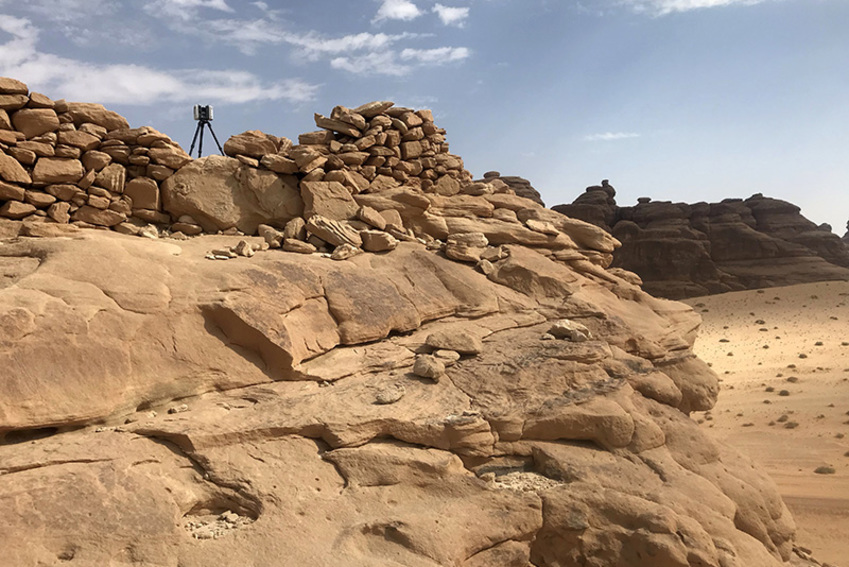 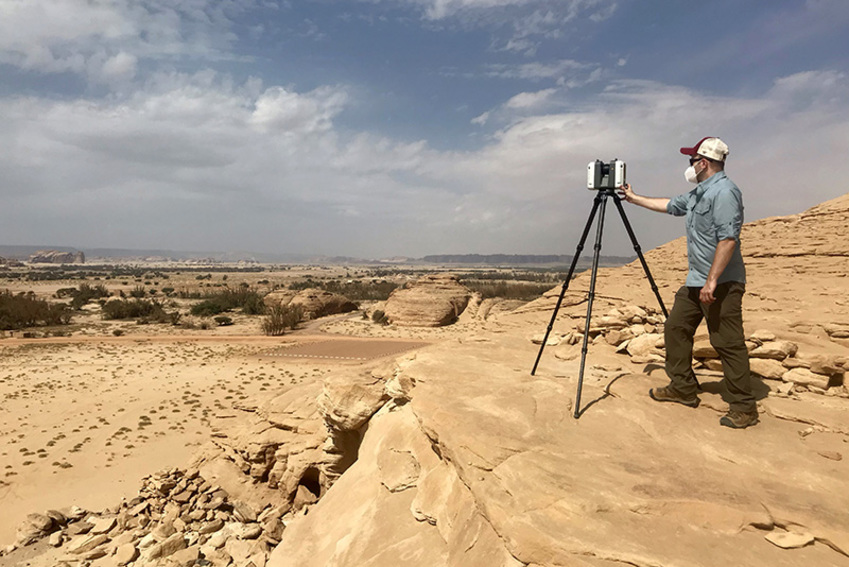 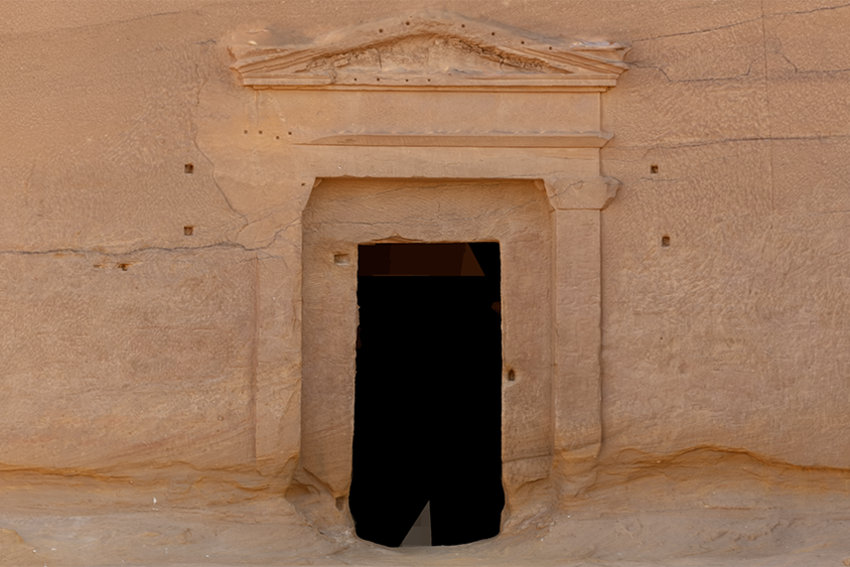 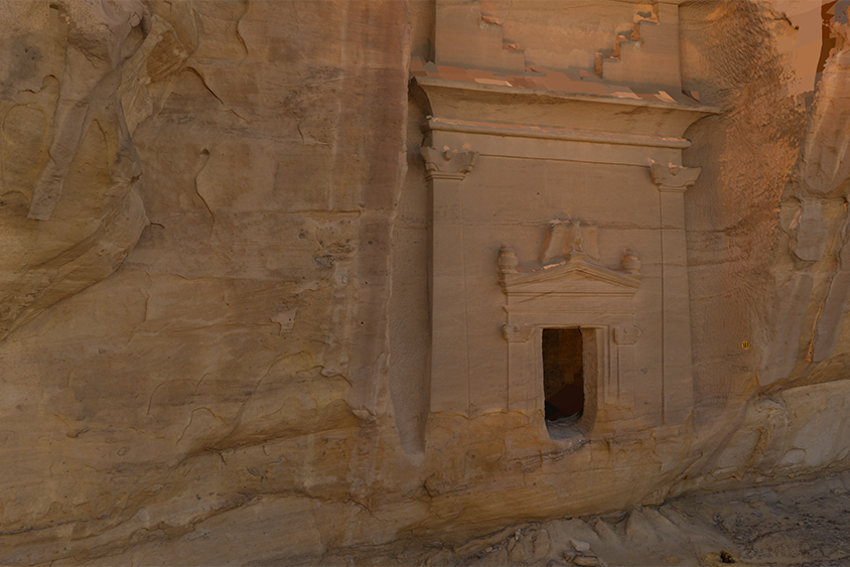 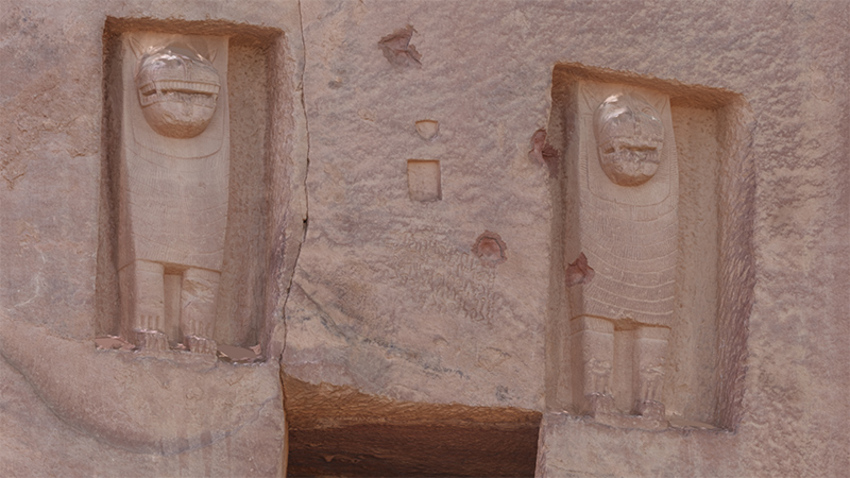 Between May and June 2021, the project entered its final phase: the focus moved away from the tomb façades and inscriptions and towards the environments in which they sat, using a drone. The outcrops from which the tombs were carved in Hegra were recorded in their entirety using photogrammetry, operating only at sunrise and sunset due to the high temperatures in the desert in the middle of the day. 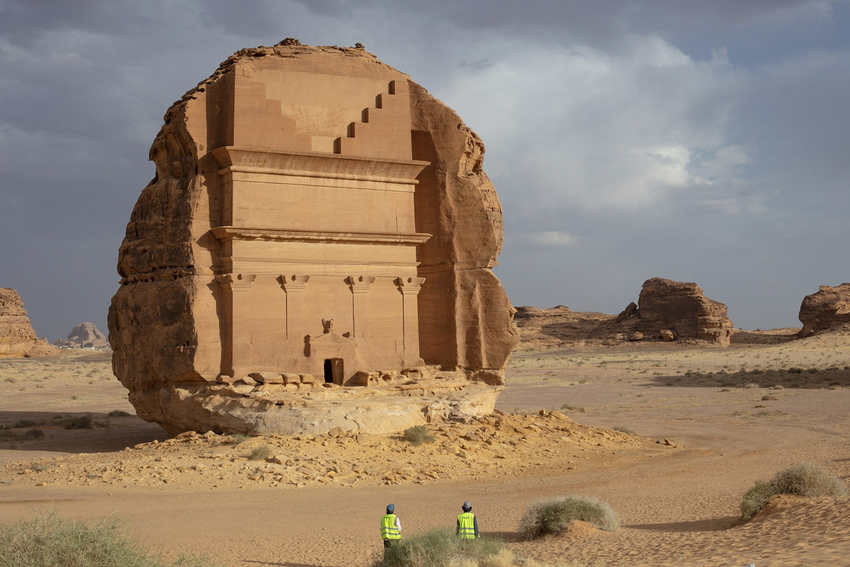 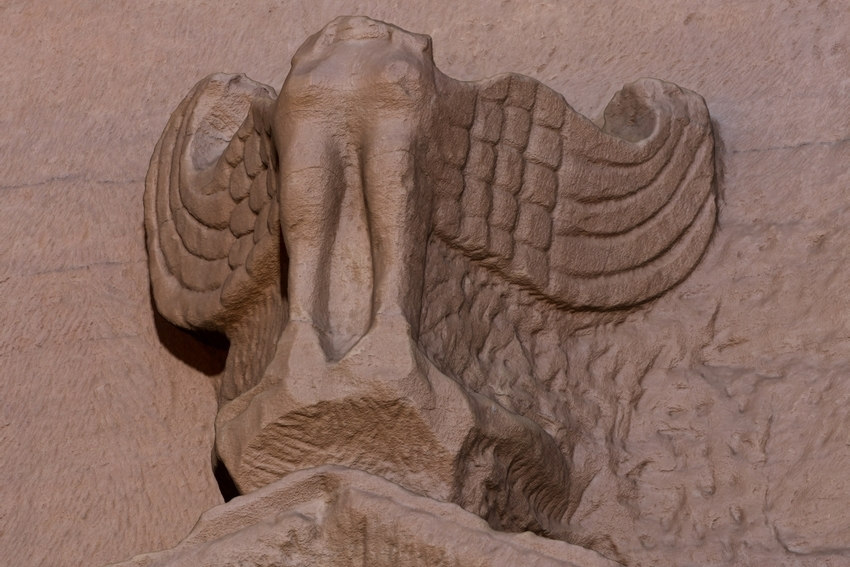 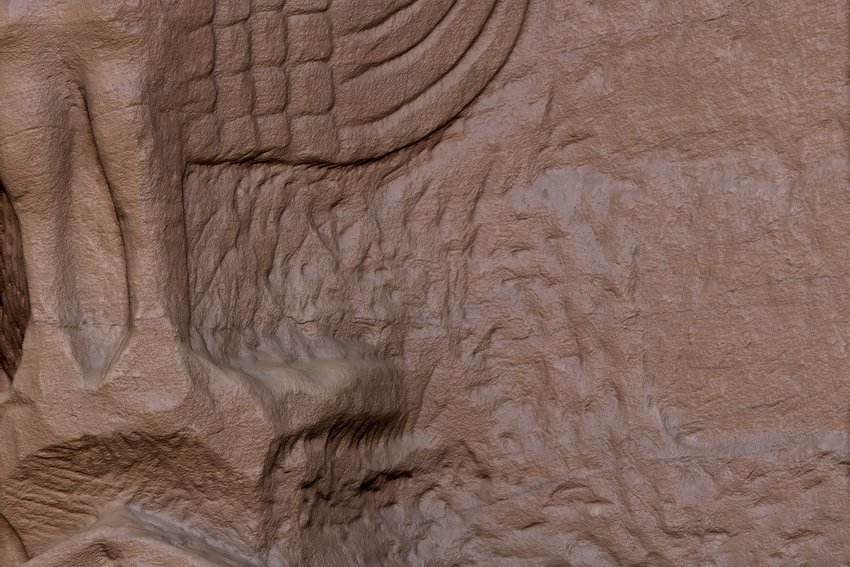 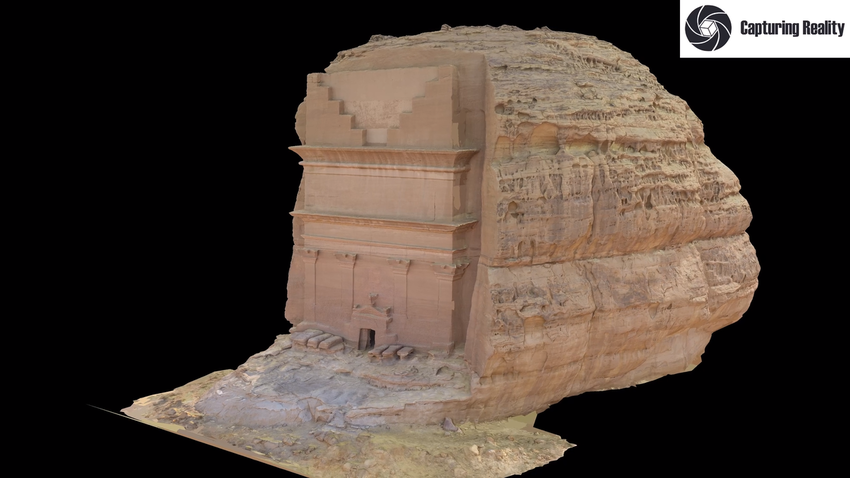 The first phase of the collaboration was completed in December 2021. During the six trips which were necessary to fully record all four sites, many new areas of interest were discovered at Hegra, Dadan and around the province - all in need of recording, mapping and preserving. Plans are currently being defined for the second phase of the project, which will see the partners’ original effort expanded to include these newly discovered features at Dadan and rock art sites across the province.

The data from the recording is currently being processed and will be handed over to the Royal Commission for AlUla in the first months of 2022. 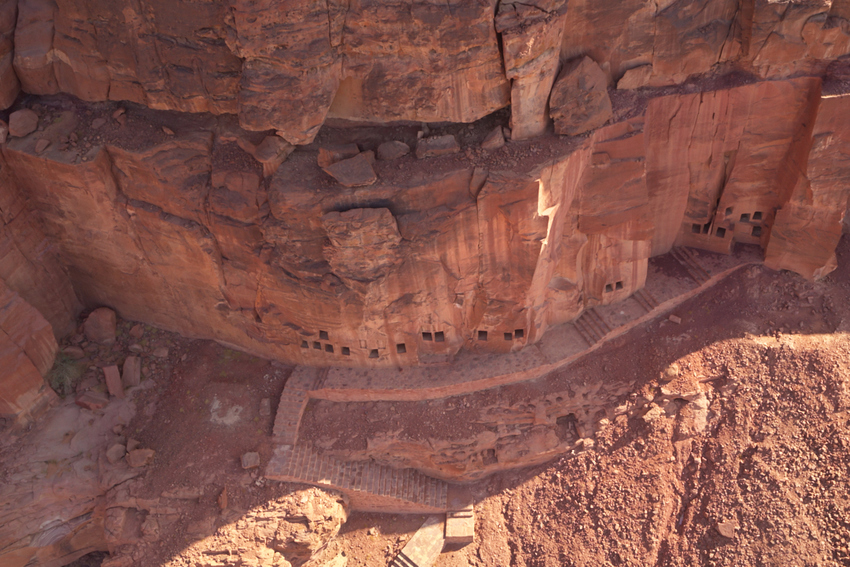 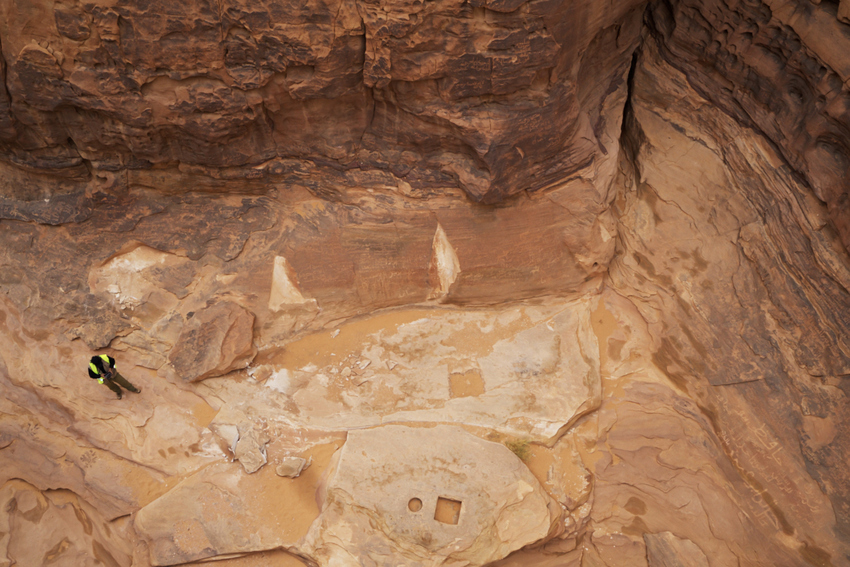