In collaboration with the Fondazione Giorgio Cini, EPFL and Iconem
2020 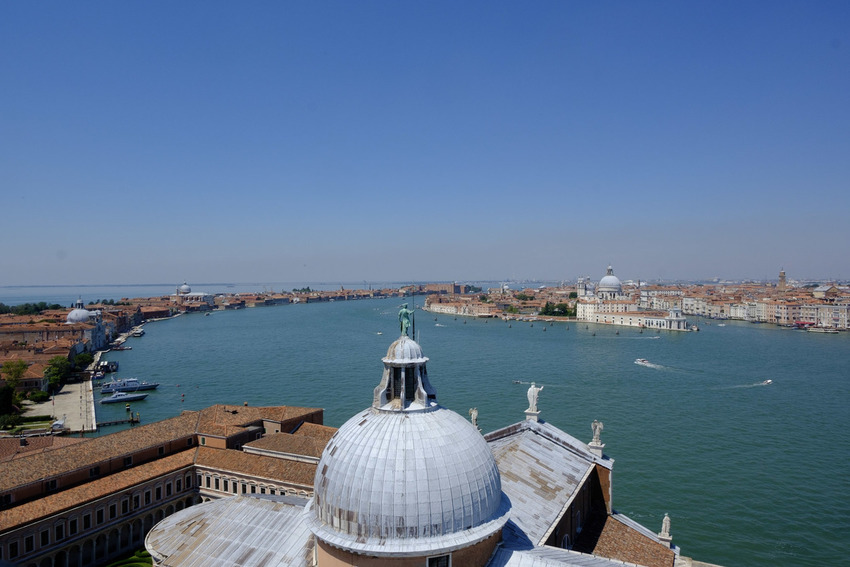 From 6th to 17th July 2020, a team from Factum Foundation spent twelve days in Venice recording the Island of San Giorgio Maggiore in its entirety.

This ground-breaking ARCHiVe project, linked with EPFL's Venice Time Machine, involved the collaboration of Factum Foundation, the Fondazione Giorgio Cini, Ecole Polytechnique Fédérale de Lausanne (EPFL) and Iconem. The aim was to demonstrate that technologies such as aerial and ground-based photogrammetry and LiDAR recording could eventually be used to record the whole of Venice.

After the acqua alta of November 2019 reached the highest recorded level in fifty years, ARCHiVe's aim of efficiently and effectively aiding the preservation of Venice's fragile cultural heritage acquired a new note of urgency. Swiftly convened discussions between the partner institutions led to this project being undertaken as soon as the COVID-19 emergency allowed for the respective teams to travel once again.

The first phase of the project involved recording the Basilica of San Giorgio Maggiore. To do this, Factum Foundation's Pedro Mirò and Otto Lowe, aided by Emanuele Zampieri during the first week, employed LiDAR scanning (using a Leica RTC360) and ground-based photogrammetry (using a Sony A7Riv camera). The first day saw the recording of the interior of the Palladian church, the apse and the inside of the bell tower, while the following days were dedicated to the exterior of the church and the crypt. 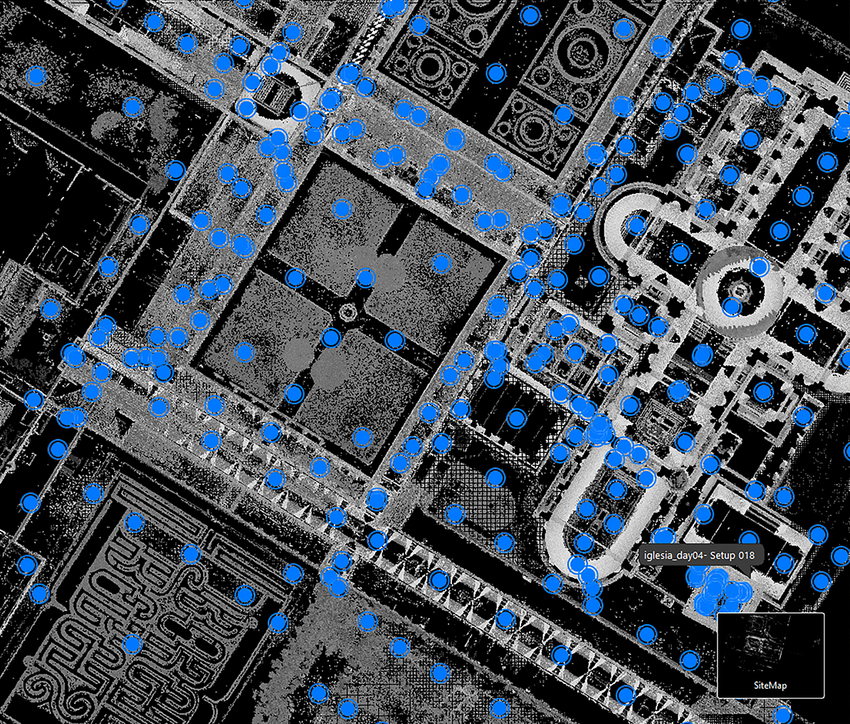 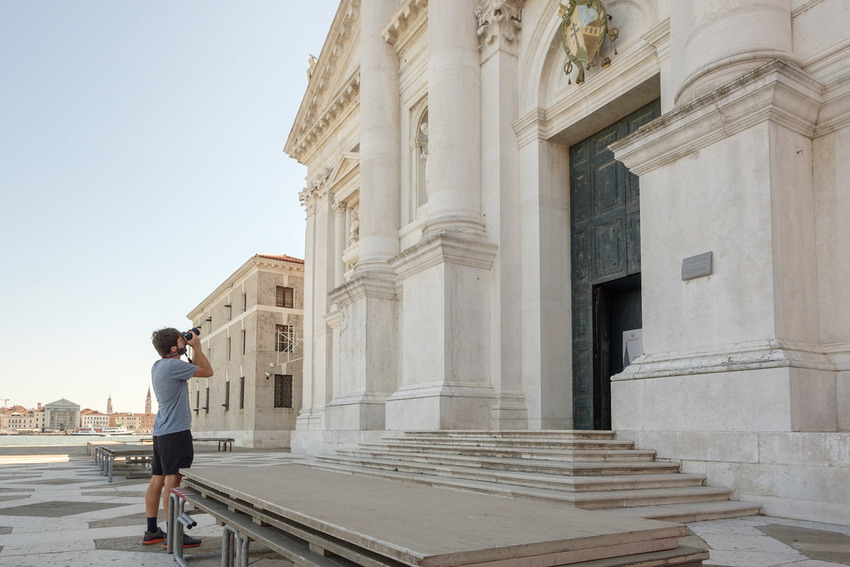 The island was recorded from more than 600 different recording spots, from which a massive 60,000 million-point cloud was generated. The data acquired through photogrammetry is currently being merged with the point-clouds - with the aim of creating a 3D model of the whole island. 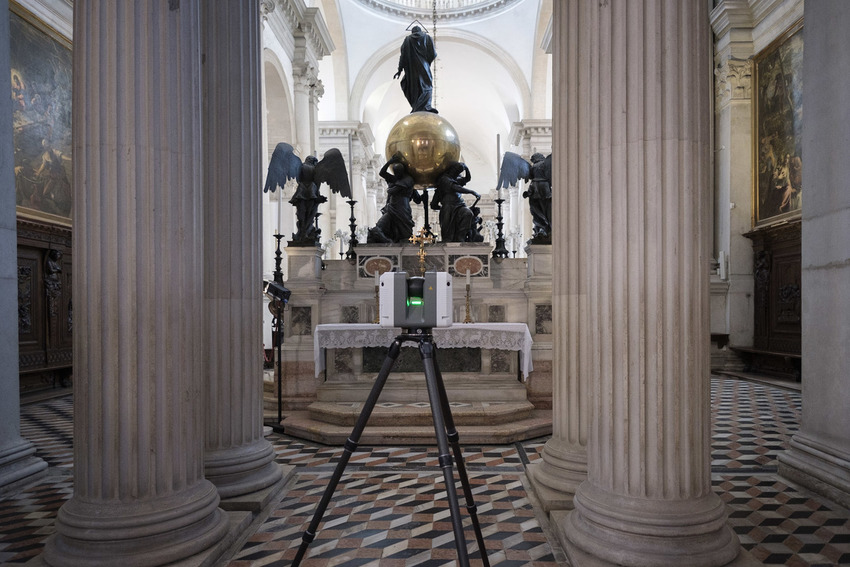 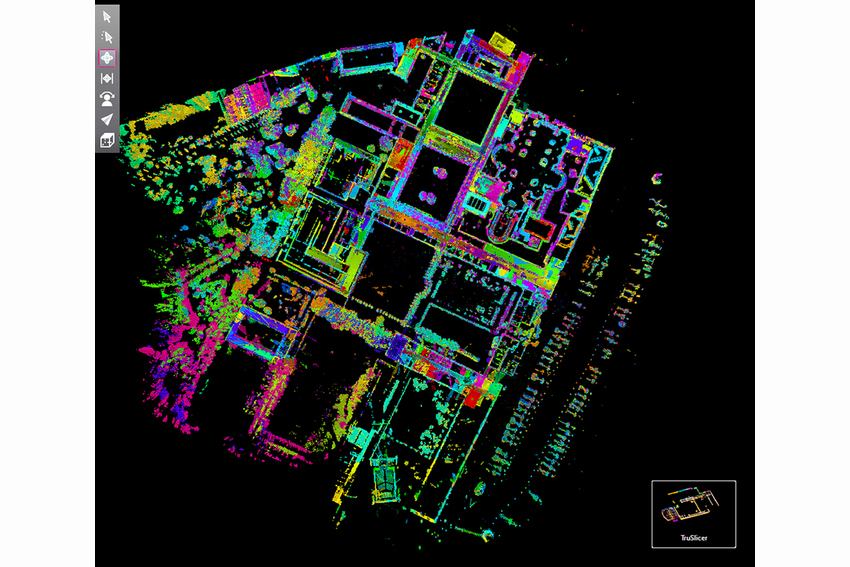 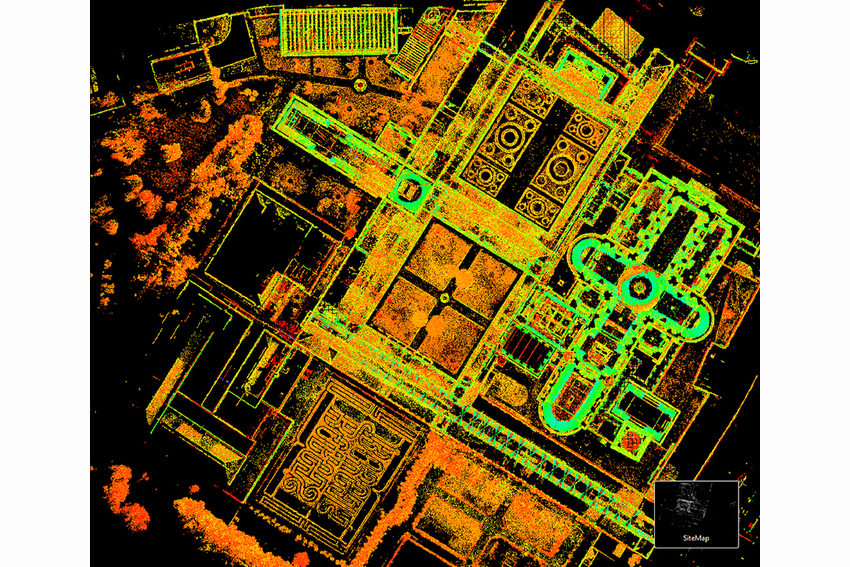 Tonal map image of the island © Factum Foundation for ARCHiVe 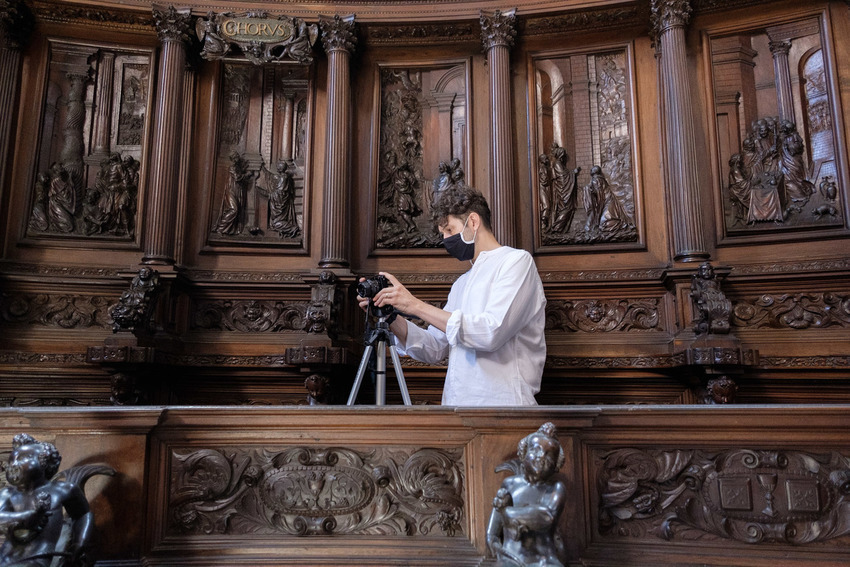 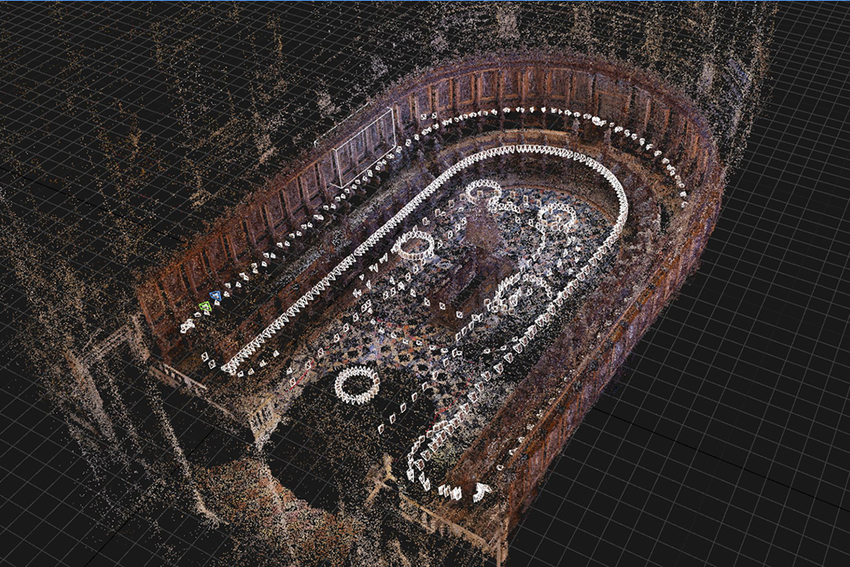 Point-cloud render of the apse © Factum Foundation for ARCHiVe 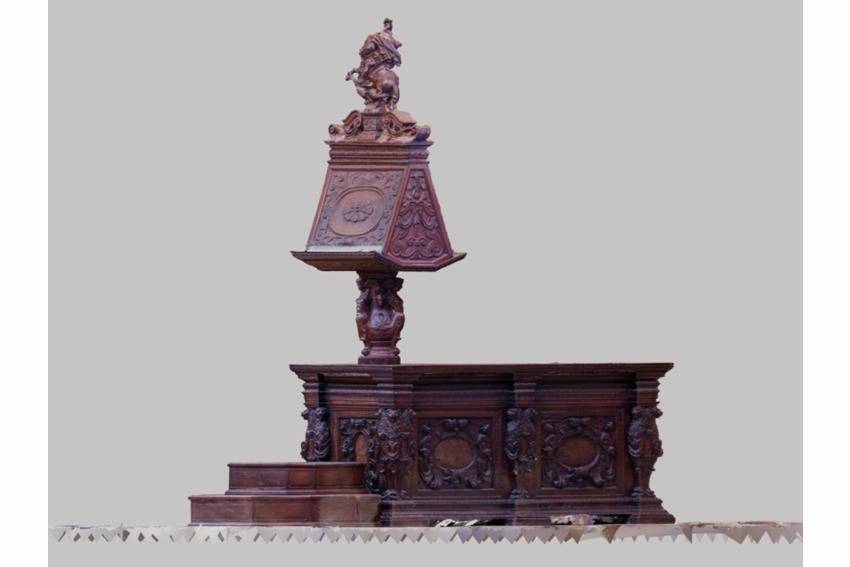 3D model of the lectern © Factum Foundation for ARCHiVe Point-cloud render of the Longhena Stairs © Factum Foundation for ARCHiVe 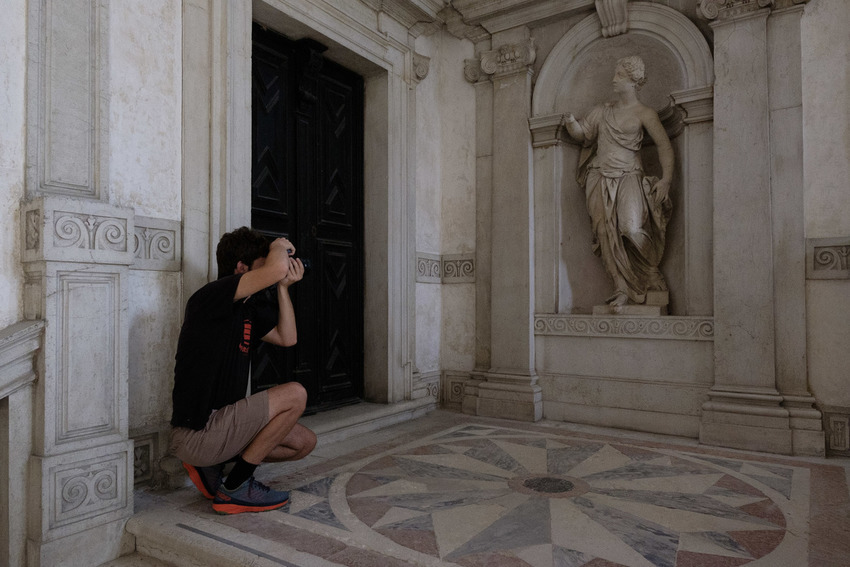 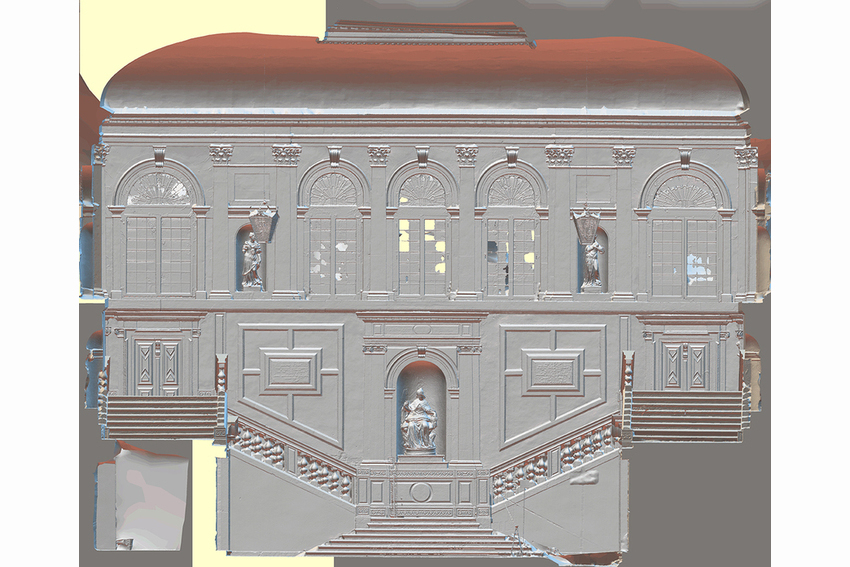 The data acquired using photogrammetry was merged to the LiDAR dataset, creating a 3D model of the Longhena Stairs © Factum Foundation for ARCHiVe 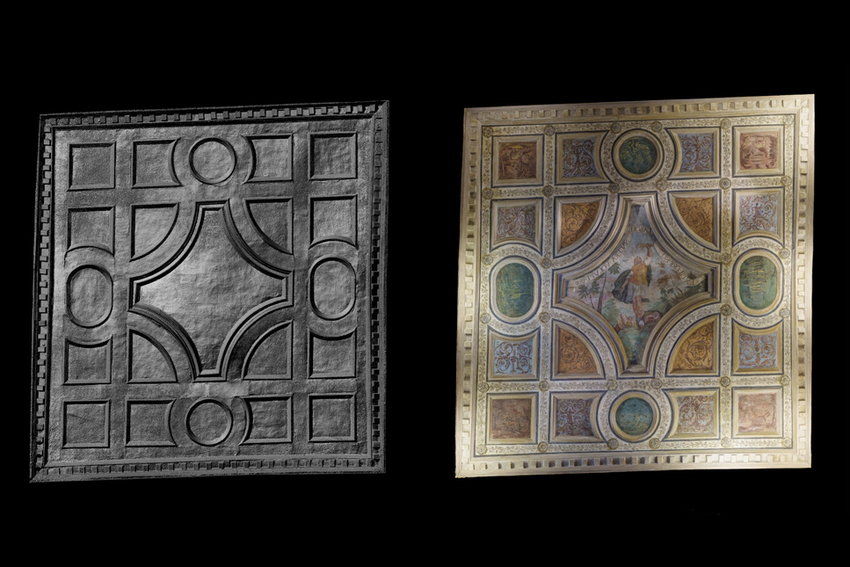