The Golden Stain of Time

(…) it is in that golden stain of time, that we are to look for the real light, and colour, and preciousness of architecture; and it is not until a building has assumed this character, till it has been entrusted with the fame, and hallowed by the deeds of men, till its walls have been witnesses of suffering, and its pillars rise out of the shadows of death, that its existence, more lasting as it is than that of the natural objects of the world around it, can be gifted with even so much as these possess, of language of life.
(Ruskin, 1912, p.234)

In August and September 2018, a team led by GSAPP Historic Preservation graduates Halley E. Ramos and Travis B. Kennedy visited ARCHiVe to carry out the central part of their international research project: a photographic exploration of Ruskin's concept of the "golden stain of time" in Venice.

Inspired by Ruskin's Venice daguerreotypes, "In search of the 'Golden Stain of Time'- A documentary investigation into Ruskin, Viollet-le-Duc and the long-term effects of restoration on the built environment" explores the relationship between restoration and Ruskin's "golden stain of time", an aesthetic ideal that serves as a basis–consciously or unconsciously–of many contemporary standards for Historic Preservation.

Taken to document what he saw as the wholesale destruction of Venice's "golden stain of time" in an era dominated by the kinds of idealized restorations made famous (and often infamous) by Viollet-le-Duc, Ruskin's daguerreotypes document a pivotal moment in the life of Venice's built environment. This project revisits the subjects of Ruskin's daguerreotypes, using 21st-century digital technologies to both continue Ruskin's project of "watching old buildings with an anxious care" through documentation while also interrogating the enduring relevance of Ruskin's 19th-century ideals as a basis for 21st-century preservation. 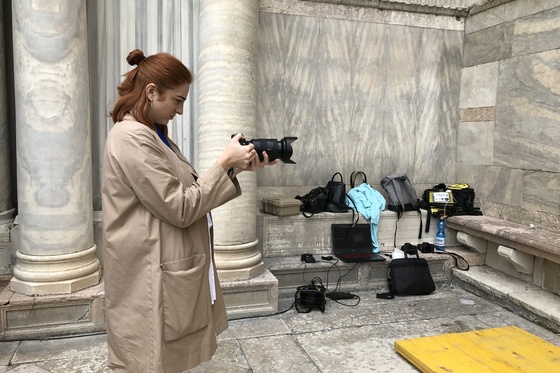 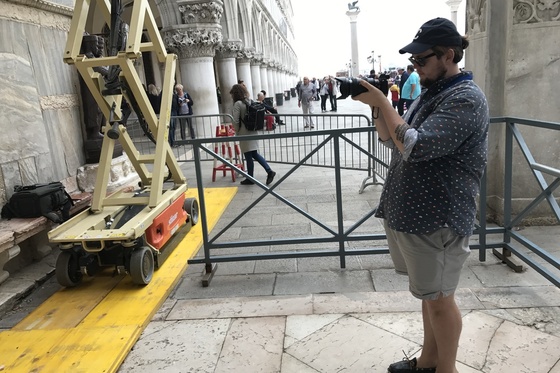 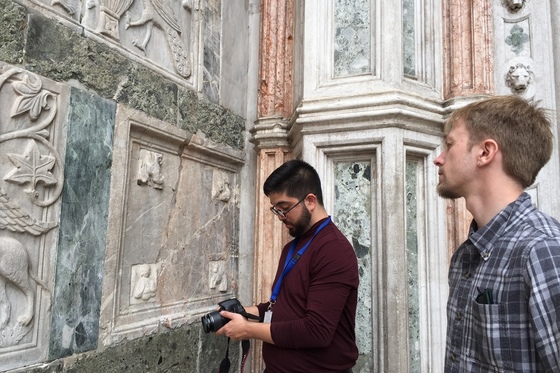