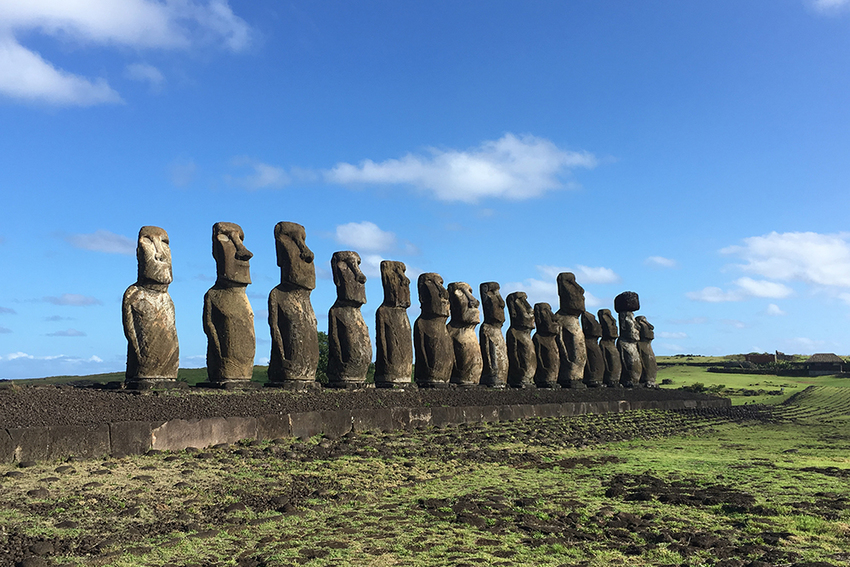 In early March 2020, a team from Factum Foundation travelled to Easter Island to collaborate on a series of projects with the Museo Antropológico Sebastián Englert. The first items to be recorded were a collection of painted stone panels from the Birdman Cult period that were removed from their original location at a site called Orongo by the Thomson expedition in 1886. The team also recorded the only female Moai on the island of Rapa Nui, some petroglyphs and an unusual object that is believed to be the eye of one of the giant Moai. 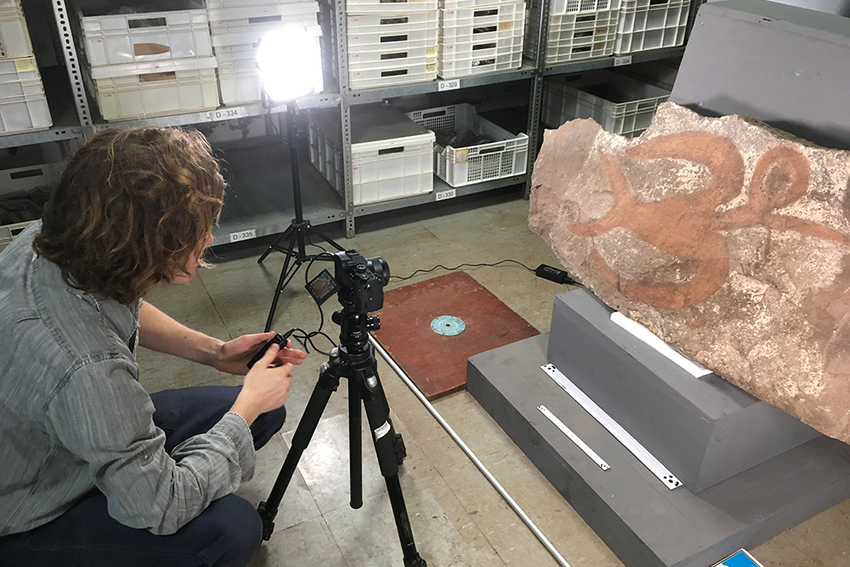 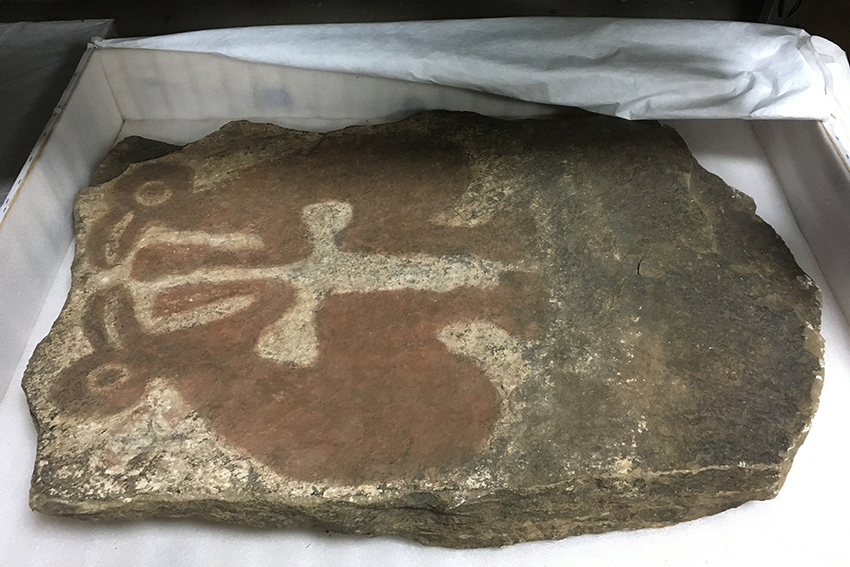 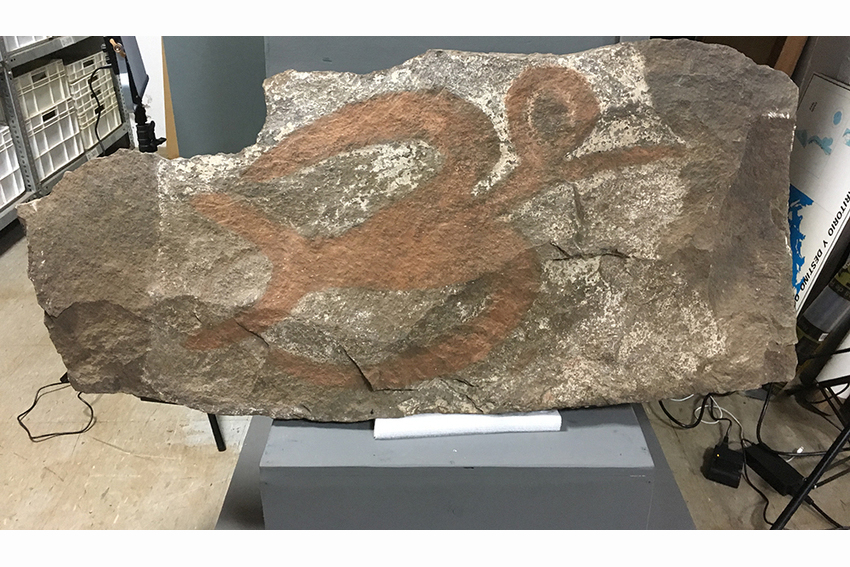 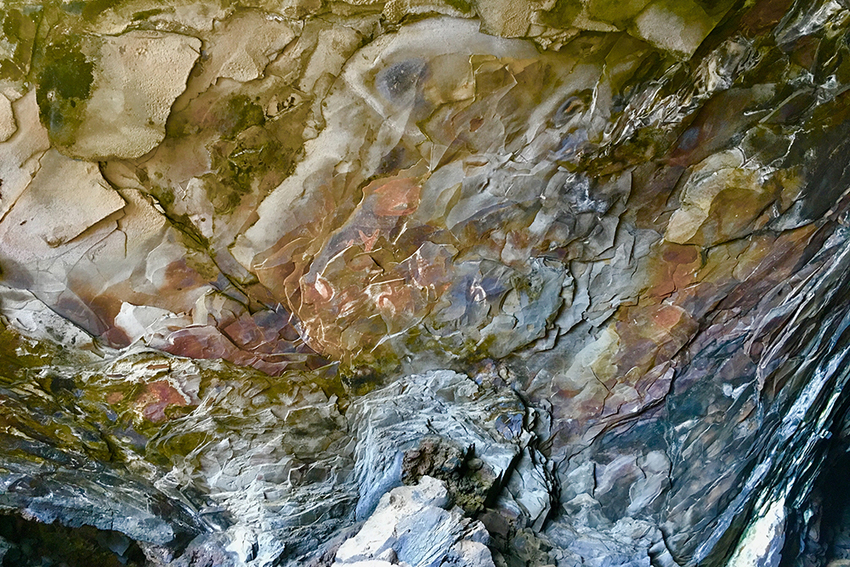 The fragile petroglyphs of the Ana Kai Tangata cave, which is currently at risk of irreversible damage due to time and erosion © Ferdinand Saumarez Smith for Factum Foundation

Following the trip, made possible by a generous donation from Sir Paul Ruddock, further projects at various sites around the island are under discussion with Francisco Torres Hochstetter and members of the Indigenous community who care for the cultural heritage on the island. Training and transfer of skills and technology are also under discussion. In line with Factum Foundation’s policy, all the data recorded belongs in full to the custodians of the objects for all current and future applications. 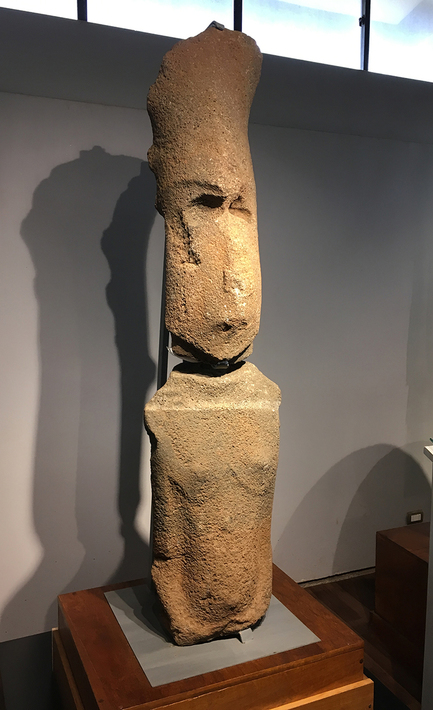 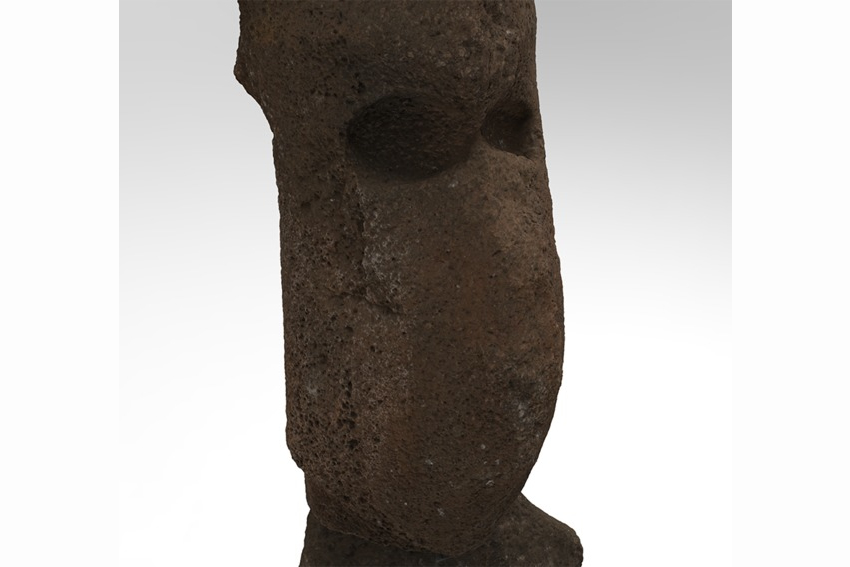 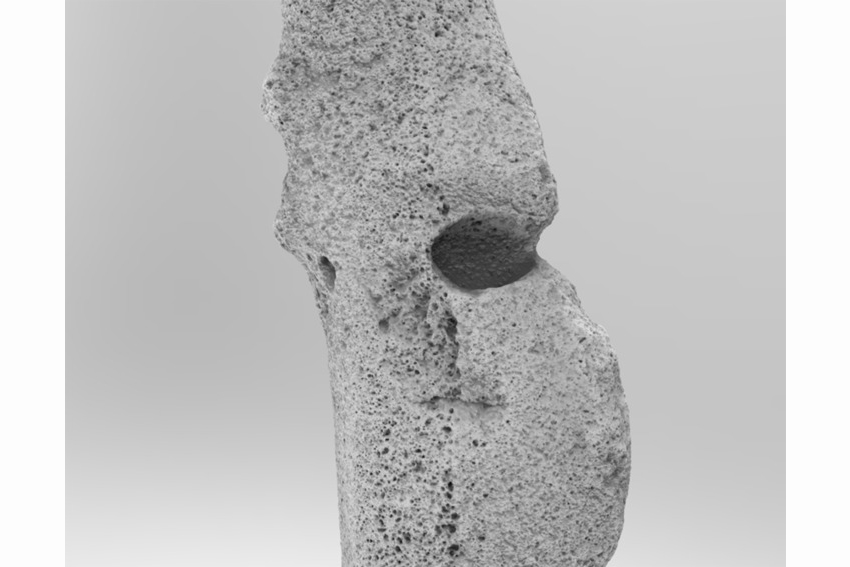 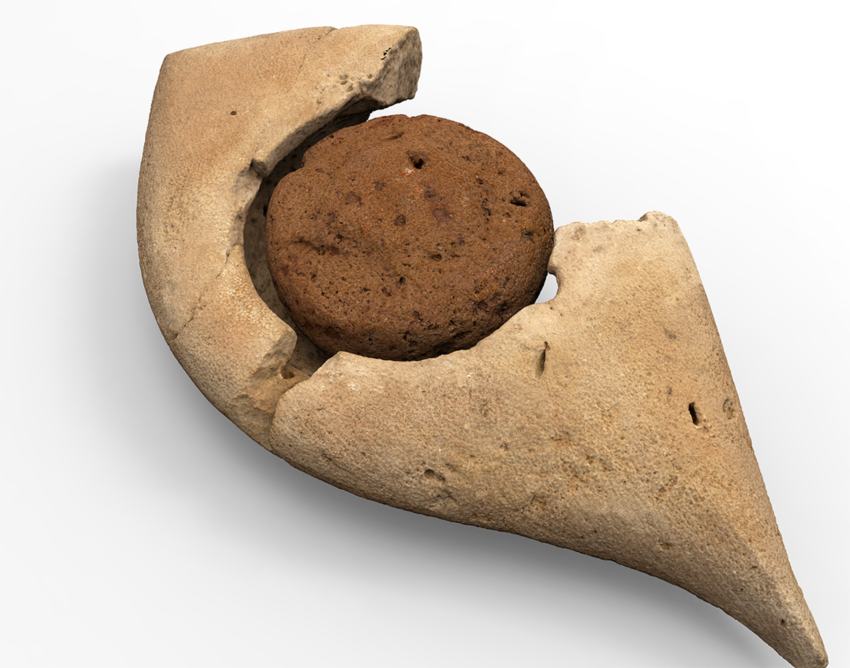 The 3D model of the "eye" © Factum Foundation

In 1978, during the restoration of Ahu Nau-Nauat Anakena, one of the Moai from Easter Island, an archaeological team found an oval object made of white coral. With a hole in the centre, a piece of polished red scoria would fit as the iris. This focused the debate on the existence of eyes made for the Moai on Rapa Nui. There had never been any substantial evidence that the sculptures had eyes but this find suggested it was possible.

Since then, several other "eyes” have been found during excavations during the 1980s and 1990s. The debate over their exact meaning and purpose is ongoing.

During the trip, Pedro Miró and Ferdinand Saumarez Smith recorded the "eye" in the Museo Antropológico Sebastián Englert. The data has been processed into a 3D render that can be shared with experts to help with further studies. Will it be possible to match the "eyes” to specific Moai in the future? High-resolution recording and new technologies are making many things possible.