The Tomb of Seti: recording and facsimile 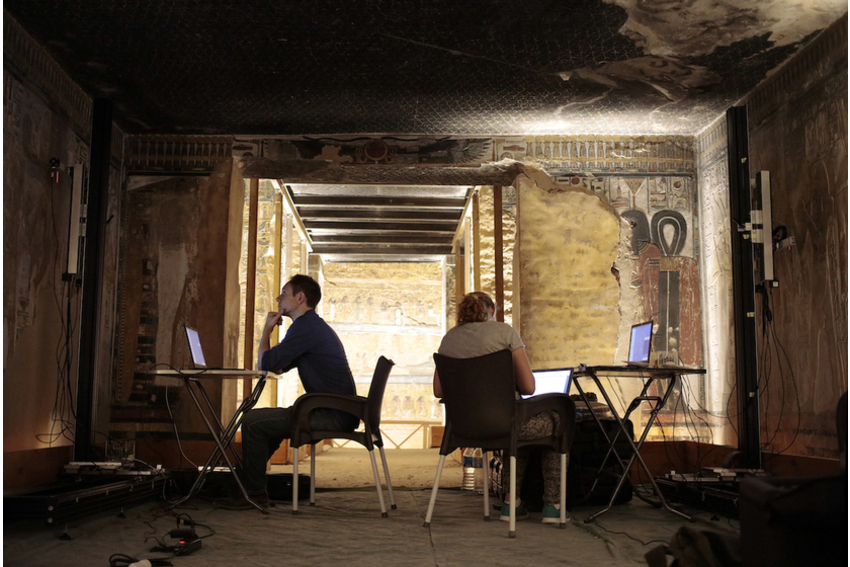 Scanning in the Tomb of Seti © Factum Foundation 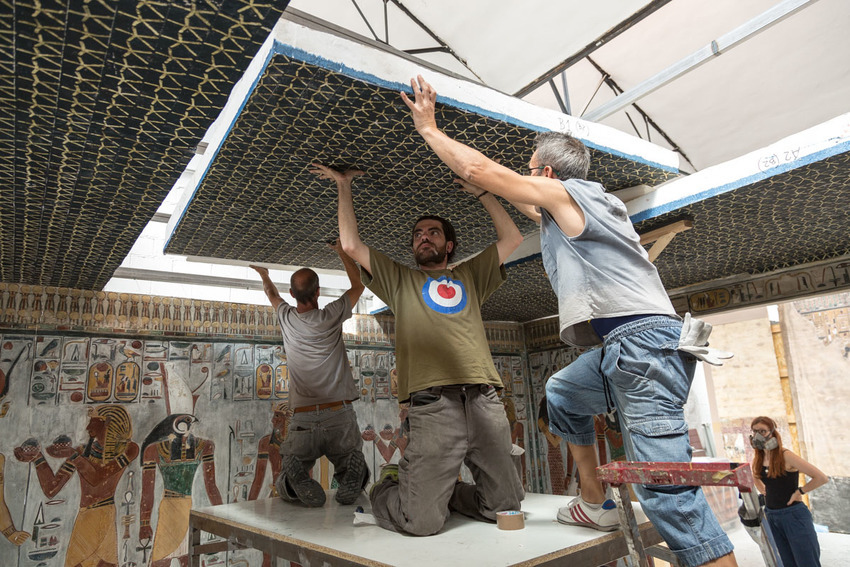 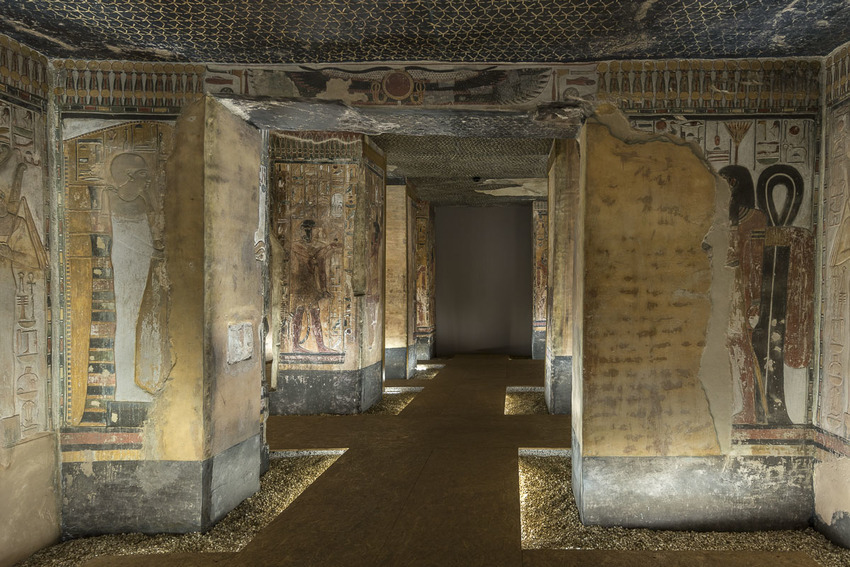 The completed facsimile of the Tomb of Seti, on display at the exhibition 'Scanning Seti' at the Antikenmuseum Basel © Factum Foundation

The Valley of the Kings is one of the world’s major tourist destinations. But while the tombs in the Theban necropolis were built to last for eternity, they were never intended to be visited. Since the “discovery” of the tomb of Seti I in 1817, when it was shown to Giovanni Battista Belzoni by a local, the tomb has undergone considerable changes. Nineteenth-century visitors took damaging plaster “squeezes” of the reliefs or hacked them out as souvenirs, while mass modern tourism has given rise to dangerous levels of humidity and disturbance within the tomb.

The copy of the Lascaux cave (1983) and the reconstruction of the cave of Altamira (2001) have proved that facsimiles can become major visitor attractions if people understand the conservation issues involved in visiting originals, and in 1988 the Society of Friends of the Royal Tombs of Egypt suggested that a facsimile of the tomb of Seti I would be the best way of ensuring the tomb's survival and accessibility. Since 2001, Factum has been working to develop the techniques needed to scan the tomb, and in 2017 facsimiles of the first two rooms, the Hall of Beauties and Pillared Hall J, as well as a facsimile of Seti’s sarcophagus, were exhibited in the exhibition Scanning Seti: The Regeneration of a Pharaonic Tomb. When complete, Factum Foundation’s re-materialised Tomb of Seti will be the largest and most detailed facsimile ever made.

By some measures, Foundation’s facsimile will in fact be even more complete than the original as it now stands, integrating within the reproduction all the fragments removed from the tomb in the 19th century. The fragments will be shown in their current condition, focusing attention on the dynamic nature of originality: over the course of two centuries, different fragments have aged, and been restored, in very different ways. The facsimile will also incorporate painted fragments discovered in recent excavations by the University of Basel.

As technology develops, the relationship between originality and authenticity requires rethinking. It is time we question our prejudices about what we value and why we attribute value; what we expect to experience and what we actually experience. In an age that holds so many threats to our cultural heritage the new facsimile of Seti I can help to preserve, protect and communicate the importance of this remarkable tomb. It will offer future visitors a choice: they can either choose to understand the tomb in depth, to grasp the complexity of its biography and why it looks as it does, or they can insist on visiting the original and contributing to its destruction.

You can find out more about the different aspects of this project by clicking on the links below.

The 3D virtual model of the tomb of Seti I

Making the facsimile of the Tomb of Seti I

Facsimile of the Tomb of Seti I

Exhibition:
'Scanning Seti. The regeneration of a Pharaonic Tomb'

'Verum Factum Arte: Scanning Seti and the afterlife of a Pharaonic Tomb'