Factum's work in the Valley of the Kings: an overview

Baroness Ashton, EU High Representative, on the occasion of giving the facsimile of the Tomb of Tutankhamun to Egypt; Cairo - November 14th 2012.

Stppelaëre House in the Valley of the Kings © Factum Foundation

Factum has been working in the Valley of the Kings since 2001; since 2016, this work has primarily been carried out through the Theban Necropolis Preservation Initiative (TNPI), a collaboration with the University of Basel under the aegis of the Egyptian Ministry of Antiquities.

In 2001, when a pilot recording project was undertaken in the sarcophagus room (Room K) of the tomb of Seti. The 2001 data can be seen on Factum's high-resolution browser for the east wall of Room K, where it compares favourably with the data recorded in 2019 for the same wall.

Following a project in 2002 to build a replica of the tomb of Thutmose III for a touring exhibition starting at the National Gallery of Art in Washington D.C, Factum Foundation was formed to record the Tomb of Tutankhamun in 2009. This recording was carried out with the University of Basel as our academic partner and in collaboration with Erik Hornung and Theodor Abt from the Society of Friends of the Royal Tombs in Egypt. 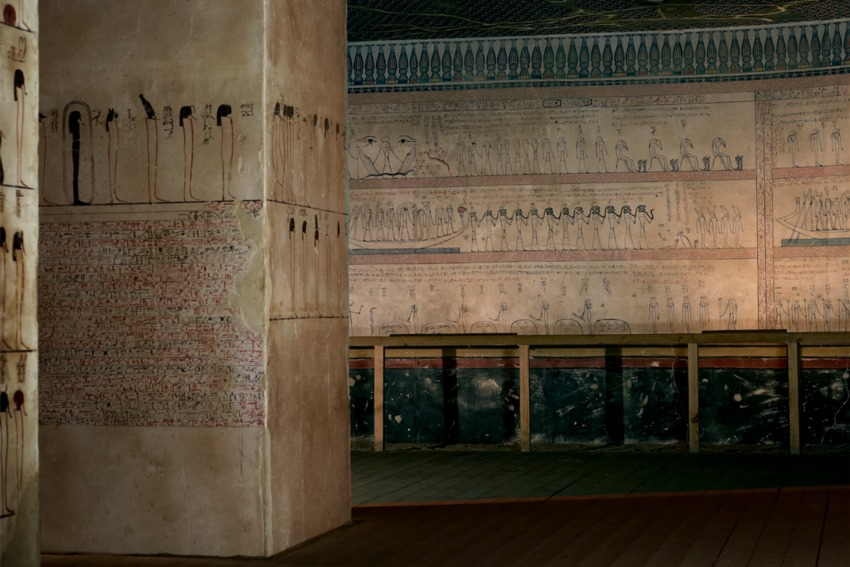 Facsimile of the Tomb of Thutmose III, © Factum Arte 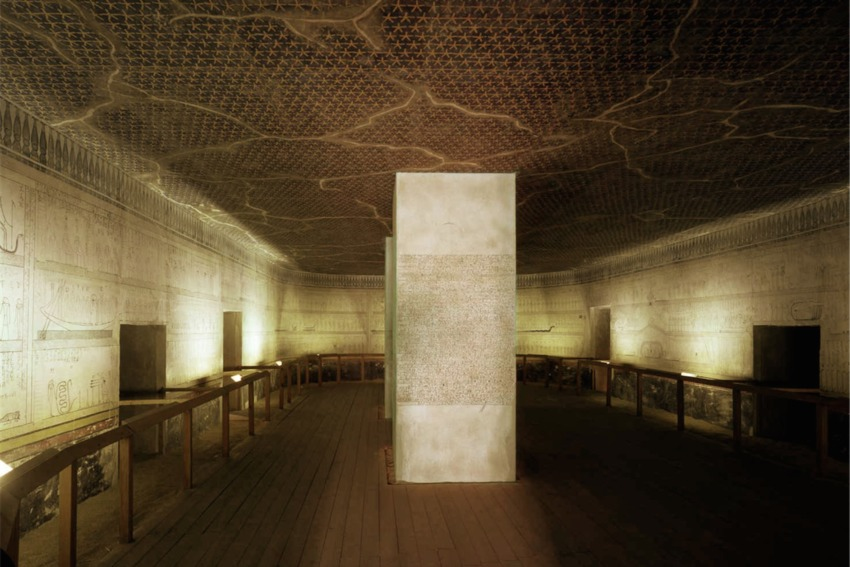 Facsimile of the Tomb of Thutmose III, © Factum Arte

In 2012, a physical facsimile of the burial chamber of Tutankhamun was given to the people of Egypt by the EU High Representative Baroness Ashton. It was presented to the Prime Minister of Egypt at a special event at the Conrad Hotel in Cairo, organized by the European Union.

In 2014, the facsimile was installed in an underground building designed by the Tarek Waly Center for Architecture & Heritage next to Carter’s House at the entrance to the Valley of the Kings, an ambitious development funded by Factum Foundation. Tutankhamun’s burial chamber and the associated exhibition have been open to the public since 2014, allowing many tourists to see both the original tomb and its facsimile and understand the problems of preserving sites that were never meant to be visited. In 2016, the complete recording of the tomb of Seti I began and the first local Egyptian operators were trained. In parallel with this the recording of painted wall fragments and other objects removed from the tomb was undertaken – at the Museum of Fine Arts in Boston, the British Museum and Sir John Soane’s Museum in London, the Musée du Louvre in Paris, the Museums of Archaeology in Florence and Bologna, the Pergamon Museum in Berlin and in private collections.

From October 2017 to April 2018 a 3D digital model of Seti's sarcophagus was displayed at the exhibition 'Egypt Uncovered' at Sir John Soane's Museum in London.

In October 2017 the exhibition ‘Scanning Seti: The Regeneration of a Pharaonic Tomb’ opened at the Antikenmuseum in Basel, revealing the first results of the partnership between the University of Basel and Factum Foundation and marking the bicentenary of the discovery of the tomb. 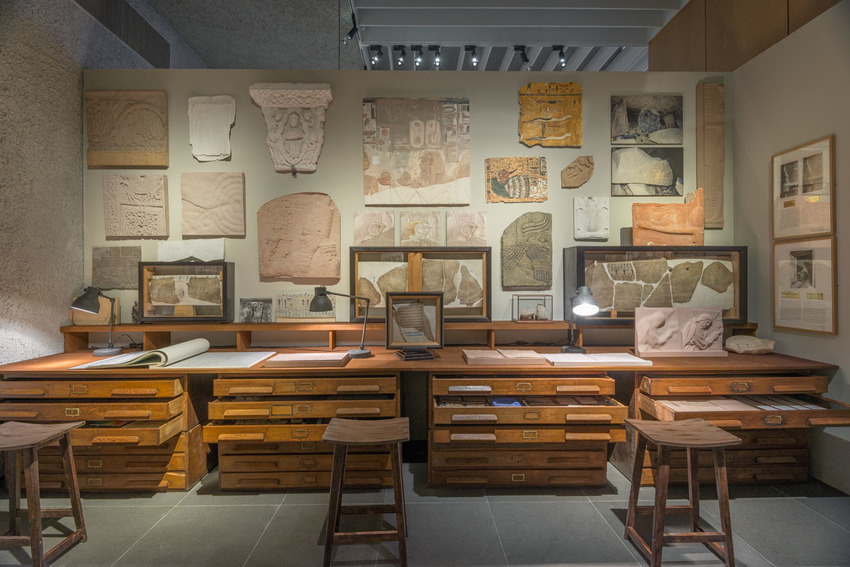 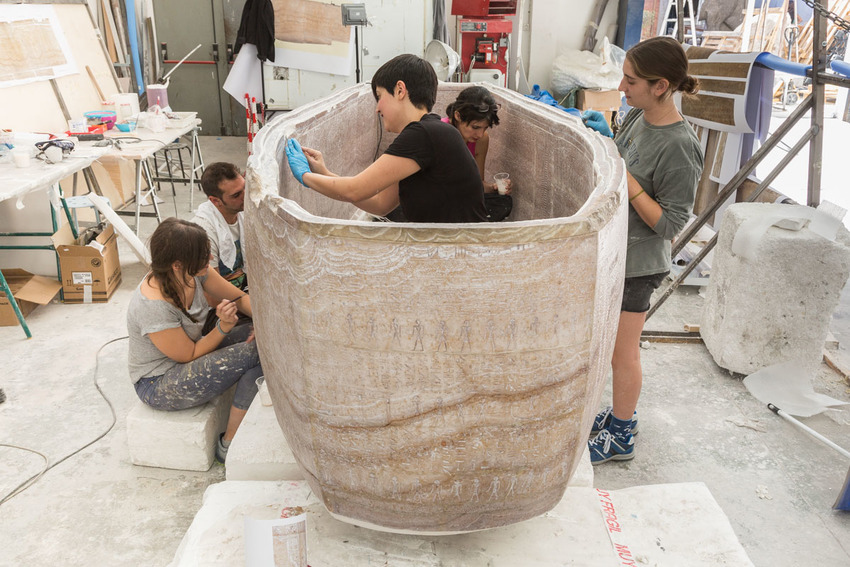 Also in 2017, the restoration of Stoppelaëre House was completed, providing a new base for the TNPI in Luxor. This prominent building at the entrance to the Valley of the Kings was designed by architect Hassan Fathy and the restoration was carried out by Tarek Waly with traditional local builders. This restoration was funded by Factum Foundation in exchange for free use for 10 years. It was inaugurated in February 2017 by Irina Bokova, Director-General of UNESCO, the Egyptian minister of Antiquities, Dr. Khaled El Enany and the Swiss ambassador to Egypt. 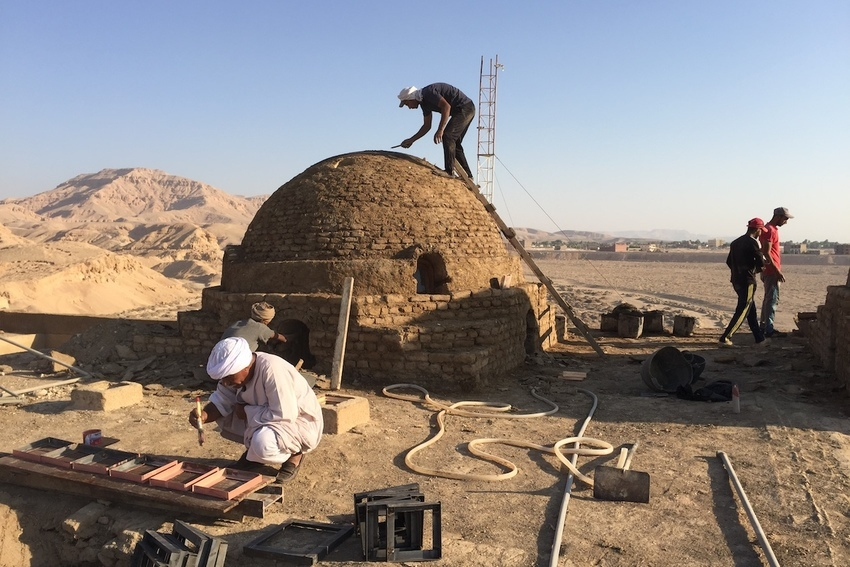 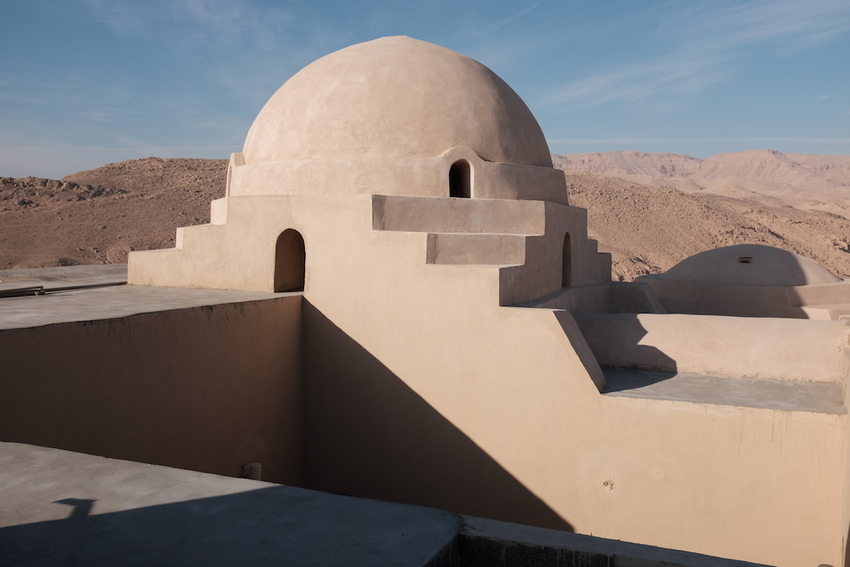 In 2018, Factum Foundation began equipping the new 3D Scanning, Archiving and Training Centre in Stoppelaëre House with state-of-the-art scanning, data processing and archiving equipment. This work is ongoing and the server to store the data will be installed in October 2019.

In February 2019, the Theban Necropolis Preservation Initiative team moved into Stoppelaëre House and recording work restarted in the Sarcophagus room within the Tomb of Seti I. A training program began at the Centre which by 2022 will see ten students complete training in a range of recording technologies, providing them with skills which can be transferred to other projects within the Valley of the Kings and beyond. The first two trainees, employees of the Ministry of Antiquities selected by the Ministry in conjunction with Factum Foundation and the University of Basel, began training in February, and two more trainees will begin in October.

In 2019, the Initiative received the official patronage of the Egyptian National Commission for UNESCO.

The TNPI’s work will continue until the high-resolution recording of the tomb of Seti has been completed. The 3D Scanning, Archiving and Training Centre will also offer services to the Ministry of Antiquities and other foreign Missions working in the area. This will provide a sustainable work flow and economic security for the locals who are trained in the documentation of cultural heritage. 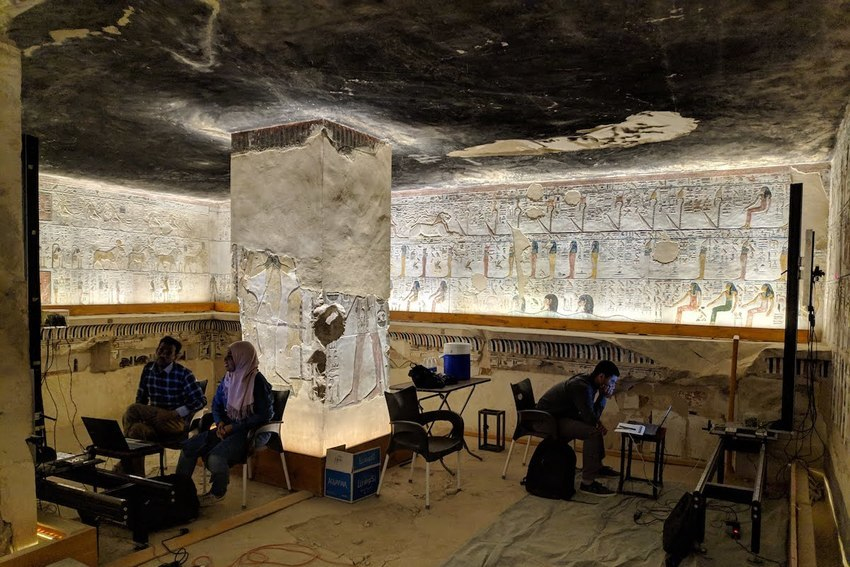 Trainees at the 3D Scanning, Training, and Archiving Centre working in the Tomb of Seti © Factum Foundation 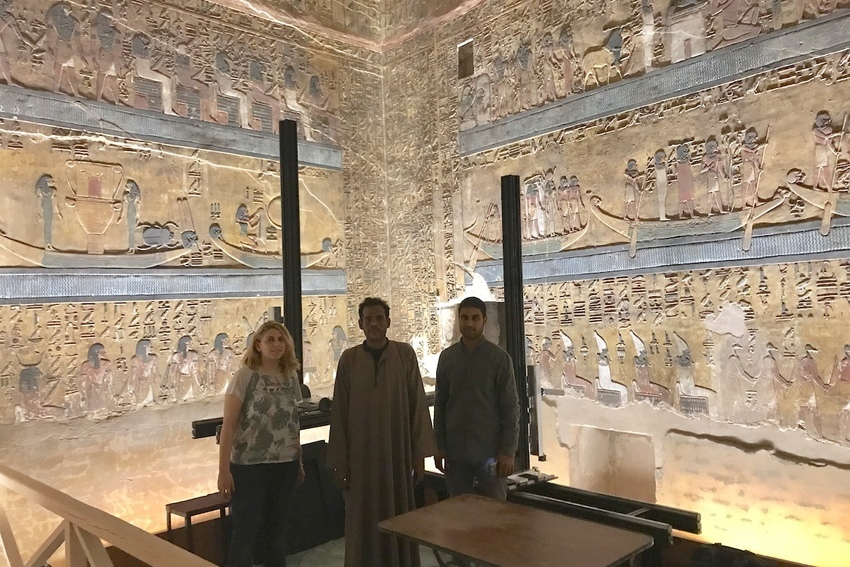