In the years following the discovery of the tomb, sections of the decoration were removed and there are now many fragments of varying sizes in museums and collections around the world. The largest are in the Musée du Louvre in Paris and the Archaeological Museum in Florence. There are also a large number of smaller fragments that were found in, or near, the tomb in recent excavations by the University of Basel.

The complete recording of all of these fragments is a fundamental part of the effort to record the Tomb of Seti I. Since 2016 fragments have been recorded at the Boston Museum of Fine Arts, the Louvre in Paris, the Ägyptisches Museum und Papyrussammlung in Berlin, the British Museum and Sir John Soane’s Museum in London, the Griffith Institute in Oxford, the Archaeological Museums in Bologna and Florence and in a private collection. These fragments will be integrated into Factum Foundation’s final facsimile, resulting in a copy which is in some respects more complete than the original tomb itself.

Recent research in the Valley of the Kings has also expanded our knowledge of Seti’s tomb. The excavations carried out near the adjacent tomb of Ramesses X (KV 18) between 1998 and 2005, by a team led by Susanne Bickel (Basel) and Dr Florence Mauric Barberio (Institut Khéops, Paris), brought to light roughly 8,000 decorated fragments from the Tomb of Seti I. Larger fragments were found inside Seti’s tomb where they had been stored for more than a hundred years. The recording of these fragments is an important goal of the Centre for Scanning, Training, and Archiving in Stoppelaëre House.

Factum Foundation is committed to assisting with the computer visualisations that will help with the study and re-integration of the fragments. Recording hardware and analytic software are changing the way academia and conservation function, and digital restoration is a fast-growing area of digital humanities. In recent years, Florence Mauric Barberio and the team from Basel University have used digitised models to piece together many fragments from the tomb.

Factum Foundation is also seeking to record any existing squeezes (casts) from the tomb; wax squeezes are thought to exist at the Museum of Fine Arts, Boston, the Griffiths Institute and in the British Museum. These objects contain vital evidence about the surface of the tomb and also help us to understand the damage that can be found there. 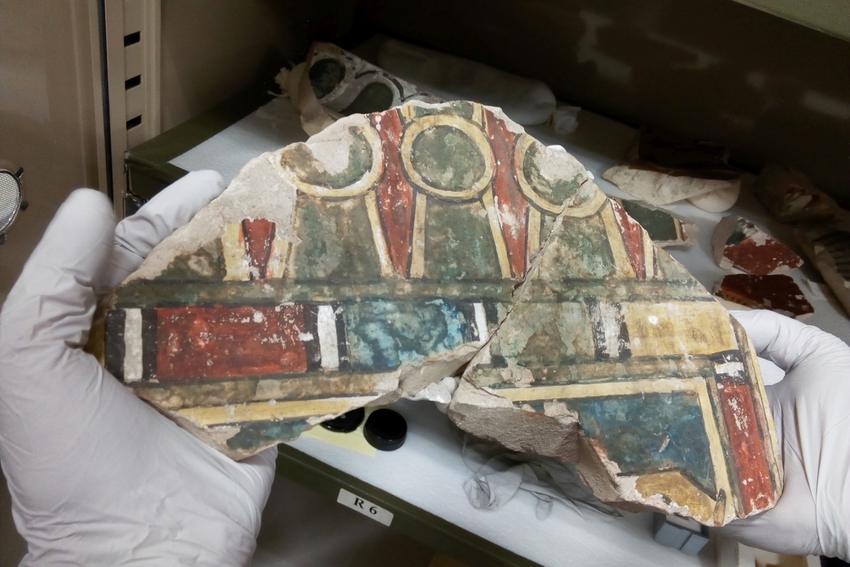 A fragment now in the Museum of Fine Arts, Boston © Factum Foundation 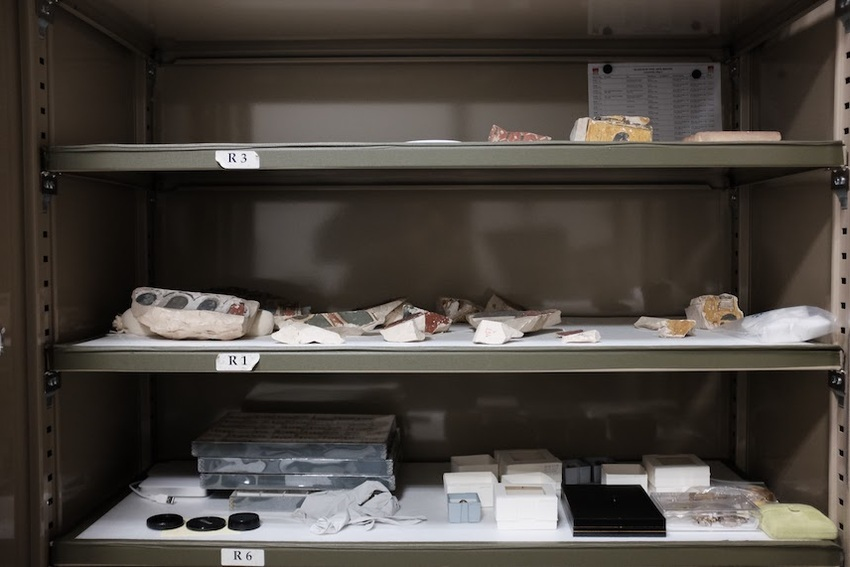 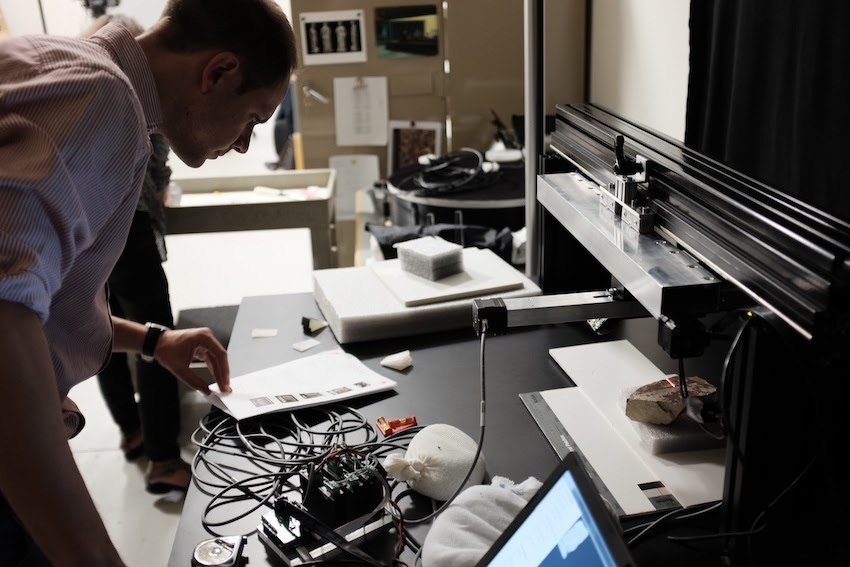 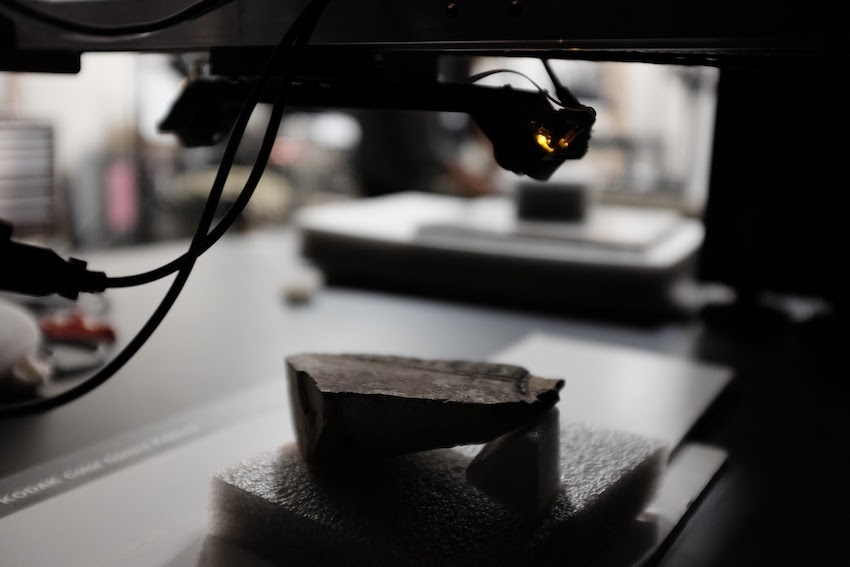 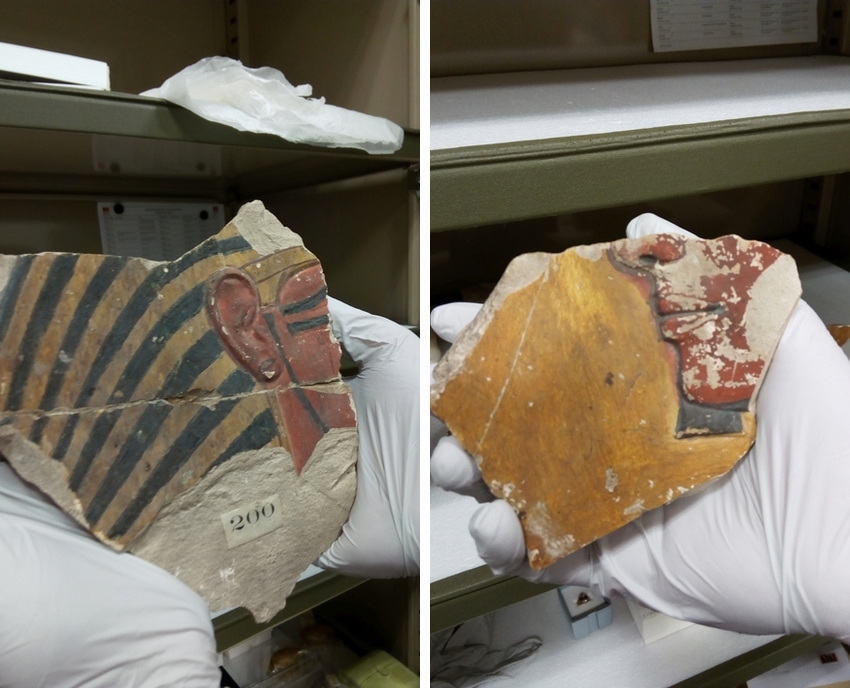 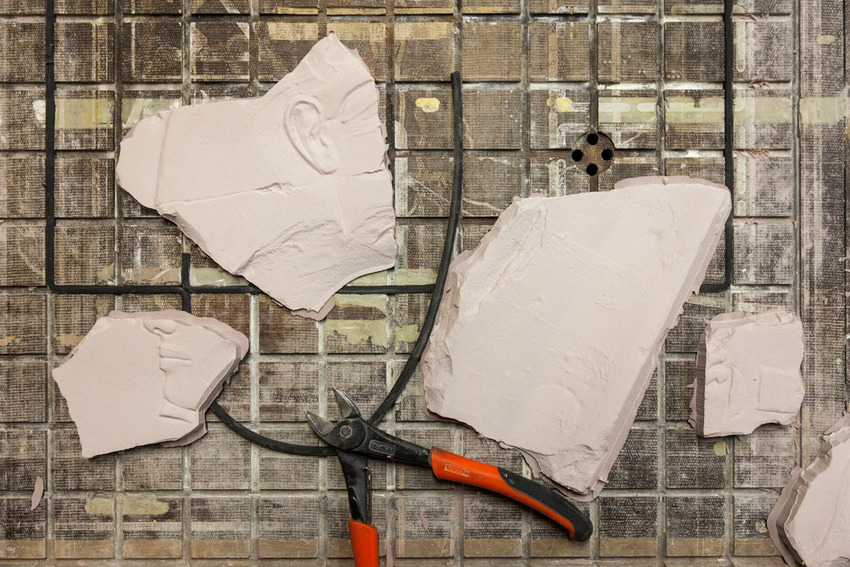 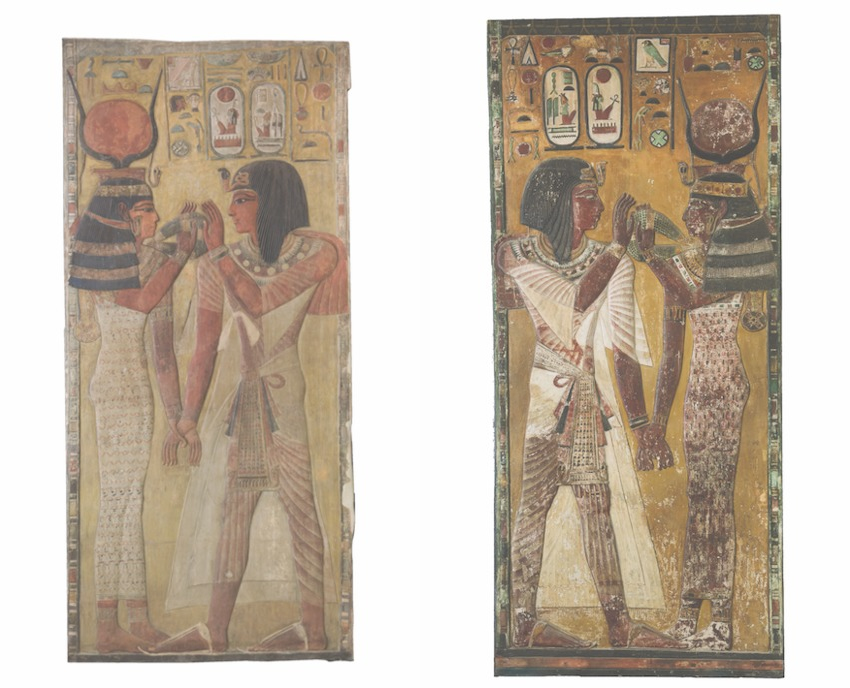 Face of a pillar from room J, now in the Louvre

Another face from the same pillar from Room J, now in the Florence Archaeological Museum. In the years since they were excavated by Belzoni the two pillars have undergone differing conservation treatment, and now look different both from one another and from the remaining pillars in the tomb itself.

In addition to fragments of painted plaster, Factum Foundation used photogrammetry to record eleven ushabti statuettes from the tomb, now in the Museo Civico Archeologico di Bologna. Ushabti, literally ‘answerers’, are placed in the tomb as substitutes for the deceased in the agricultural labour required of them in the afterlife. Those from Seti’s tomb were modelled with a small hoe in each hand and a basket of seeds on their back, while hieroglyphics on their bodies taken from the Book of the Dead would ensure their resurrection after the pharaoh’s death. Ten of them are made of painted wood and one is made of faience, coloured with cobalt blue on a ground of lapis lazuli. 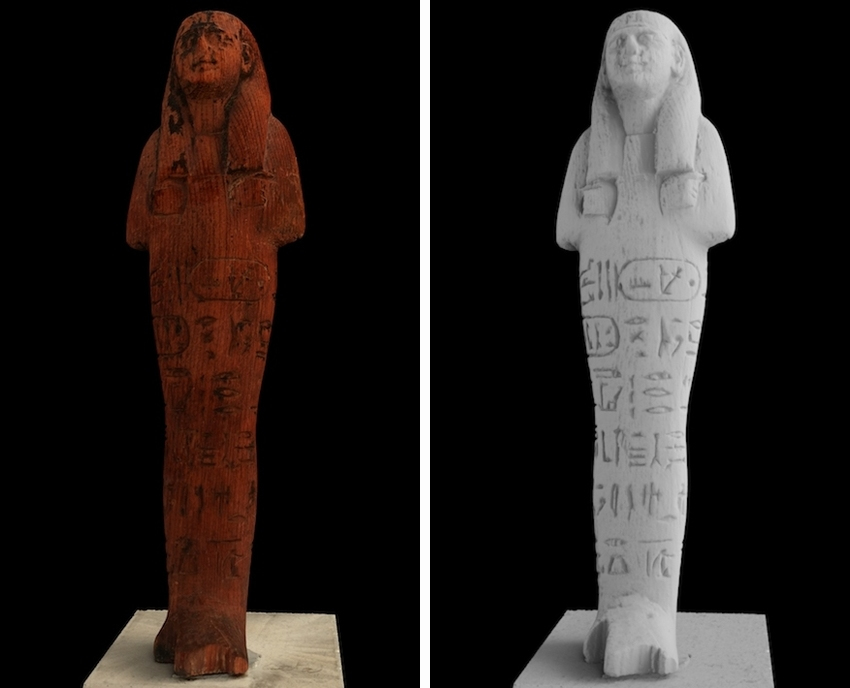 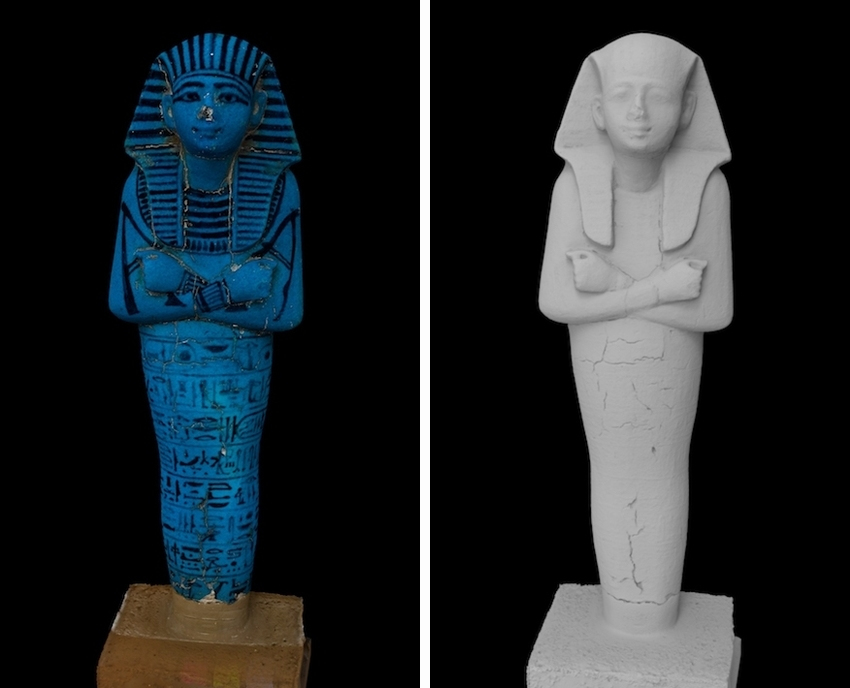 You can download a PDF with details of the scanned fragments here.