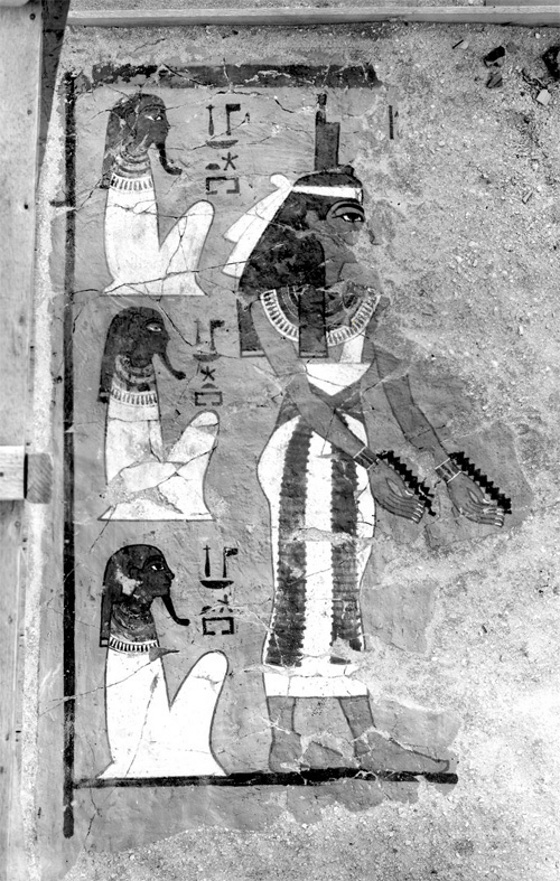 Burton's photographs, part of the collection of the Griffith Institute in Oxford, were used to reconstruct a full-colour replica of the missing fragment. 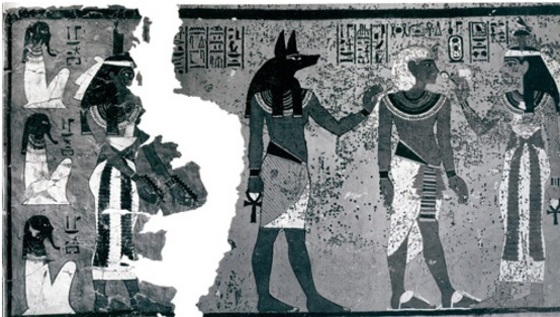 The colour information for the reconstruction was extracted from the high-resolution photographs of the remaining south wall. 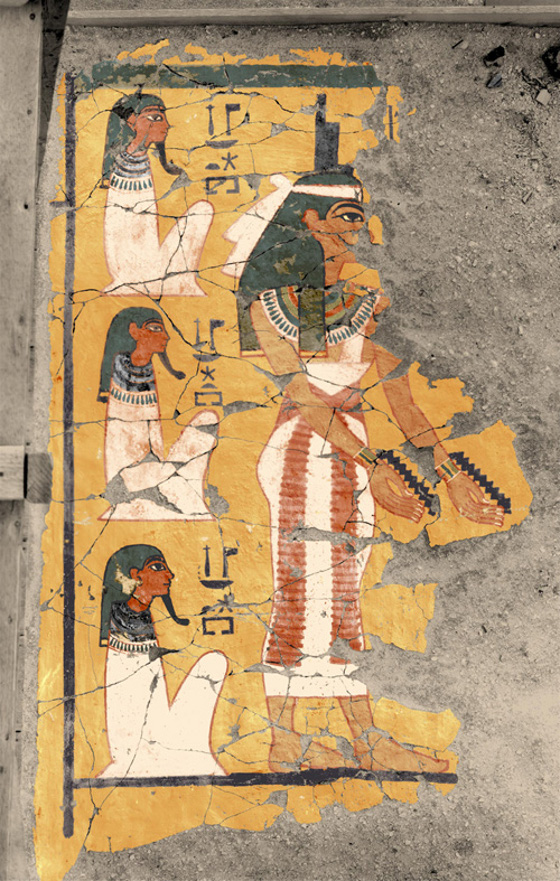 Digital reconstruction of the colour of the South wall

The colours of the figure of Isis were determined on the goddess's iconography. The three gods on the left side of the panel are unknown and were left in monochrome. The surface was carved by hand, prepared with plaster and gesso and printed on the flat bed printer. 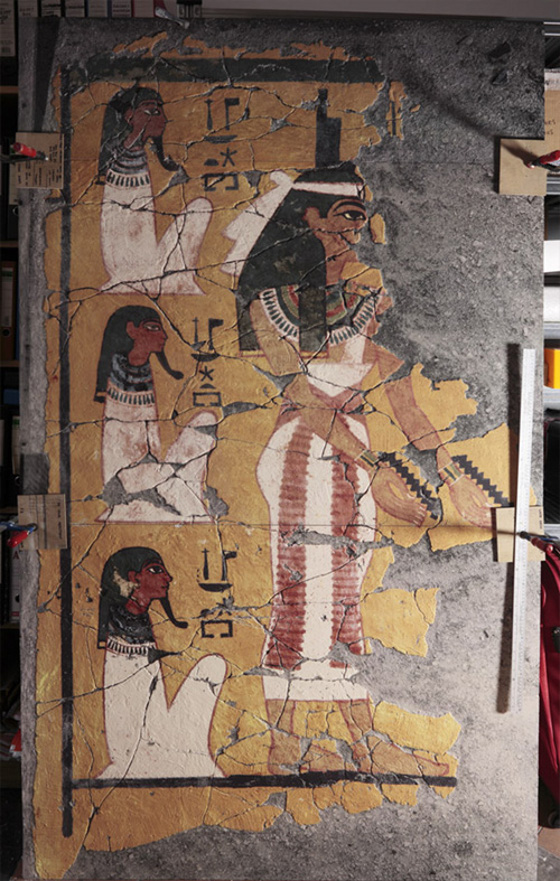 The reconstruction of the South wall materialised 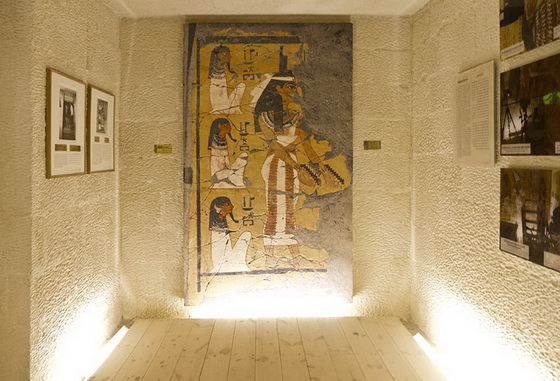