Tudela
the fragile capitols in the cloister

Work on the Romanesque cloister in the Cathedral of Tudela to establish clearly the condition and future of the capitols started in early 2012, funded by the Foundation and a small grant from Obra Social la Caixa.

Luis Durán and Javier García Ullate, from the Asociación de Amigos de la Catedral de Tudela, invited Factum Arte to visit the Cathedral. The plan was to look at the cloister and discuss the problems posed by the accelerating decay of the stone capitols and to decide on the best method for understanding their condition.

It was clear that the capitols were in a very vulnerable state and that the rate of deterioration was significant. The decision was made to take an initial high resolution scan of selected capitols which would provide what evidence was needed to evaluate potential problems and work out exactly what would be required to scan the complete series of capitols as fully as possible. 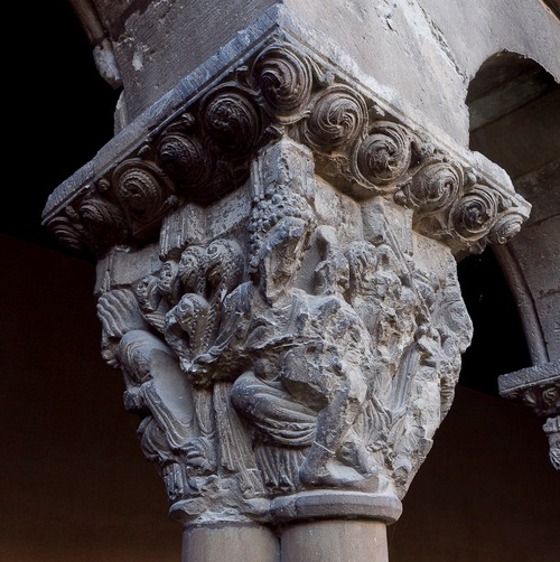 One of the capitols that was recorded. This one representing David and the musicians

A team lead by Pedro Miró, Factum Arte's director of 3D scanning recorded the complete capitol de David y los Músicos and one side of the capitol de la Virgen. Working with Pedro were Carlos Bayod, Bianca Marchioro and Francesco Cigognetti; they used a NUB 3D Triple system to record the relief at a resolution of 240 microns. The work was done during night hours because the daylight affected the quality of the recorded data. 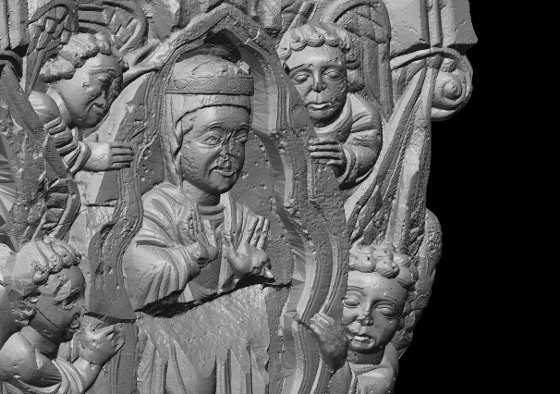 A 3D scan of one of the capitols.

The 3D scans were then painstakingly stitched together in Factum Arte using Polyworks Software. A detailed 'conservation survey' was carried out to compare the findings with historical photographs and images taken over the past 15 years by Javier García Ullate - this revealed the gravity of the current position and the alarming speed at which these Romanesque capitols are falling apart. Routing tests had been completed and a section of the routed data was been given to the team in Tudela charged with preserving the Cloister. This was one of the clearest examples where 3D scanning is absolutely essential - if recording is not done very soon these works will decay beyond a point where they are meaningful - we will be left with various photographs from different times – nothing that can demonstrate and reveal the importance of the capitols. 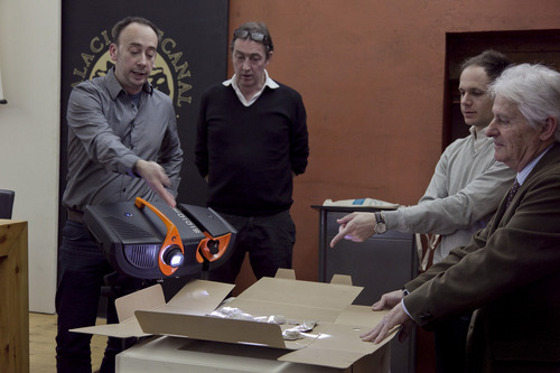 Pedro Miró demostrating the Nub3D scanner with fragments from the capitol.

In January 2013 a team from Factum Arte and Factum Foundation for Digital Technology in Preservation gave a presentation titled Documenting, Monitoring, Preserving at the Palacio Decanal, Tudela. The audience was made up of academics, journalists and those simply interested, invited by the Asociación de Amigos de la Catedral. 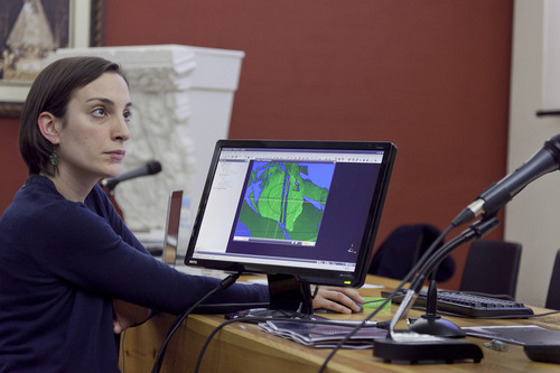 Bianca Maria Marchioro demostrating the images from the Nub3D.

At this meeting the talks covered the work to record and study the cloister that has been done and the conclusions were simple and clear. A full colour and 3D recording must take place as soon as possible. View the project on Factum Arte page. 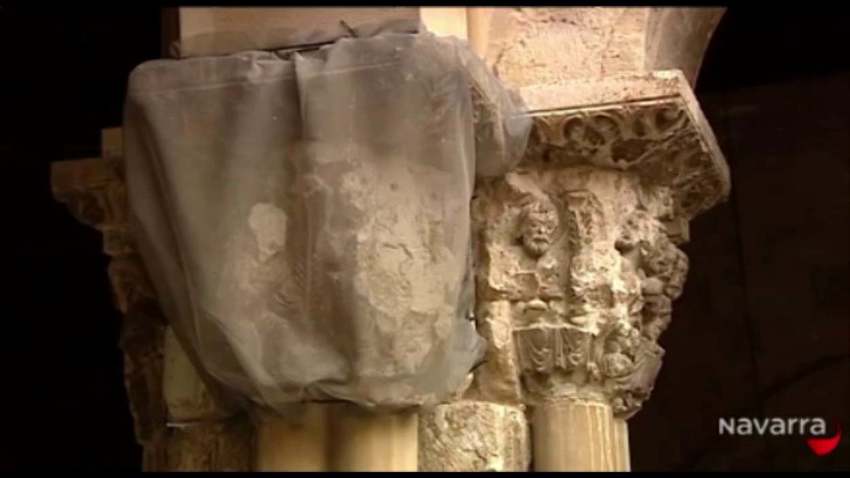