Four paintings from the Dutch Golden Age in the Rijksmuseum Twenthe

All recorded at the Rijksmuseum Twenthe, Netherlands 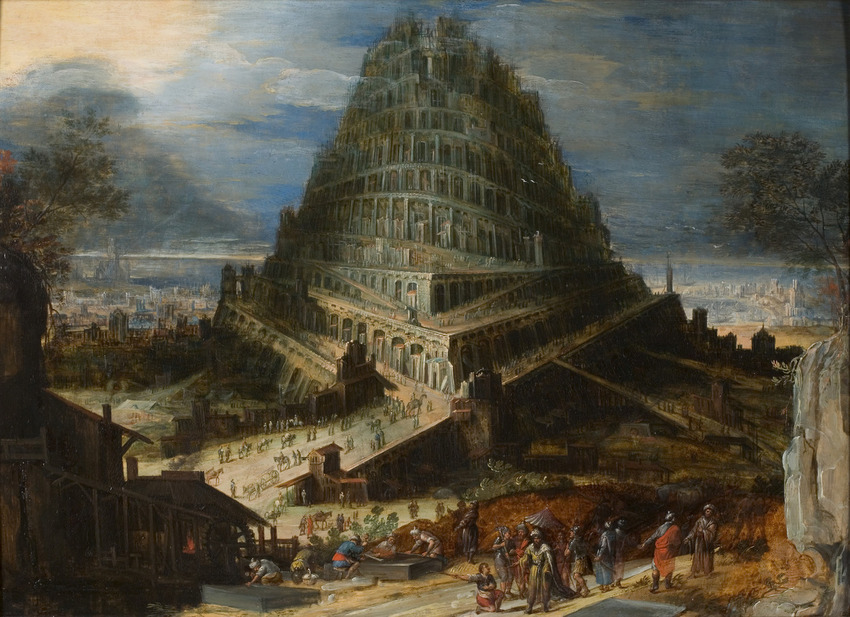 Paradoxically, one of the most valuable qualities of facsimiles and replicas can be that they are not as valuable as the original objects – meaning that there is much greater freedom to handle them or to move them from one place to another.

The project to record four 16th- and 17th-century Dutch paintings in the Rijksmuseum Twenthe in the Netherlands will allow replicas of the paintings made by Canon Production Printing (CPP) to take the place of the originals in the Rijssens Museum, the institution to which the paintings belong. The digitised paintings show the Tower of Babel, Skaters on the IJssel near Kampen, a Landscape with Farm, and a Steep Riverbank. This project is also an exciting step in Factum Foundation’s ongoing collaborative relationship with Canon Production Printing.

Factum Foundation recorded the 3D surface data for the paintings using the Lucida 3D Scanner, and the colour data using panoramic photography. The Lucida 3D Scanner, made by Manuel Franquelo in collaboration with Factum Foundation, uses two cameras to record the distortions of a laser as it passes over a low-relief surface, transforming this 3D information into a depth map which can later be used to replicate the surface’s topography. Colour is notoriously difficult to reproduce accurately using photography, but Factum Foundation has perfected the use of panoramic photography as a tool for assessing the ‘true’ colours of an artwork: we use digital tools and the human eye to compare the colours of the work’s surface with both industry-standard X-Rite ColourChecker Passports and a much larger range of Pantone swatches of known RGB/CMYK value. 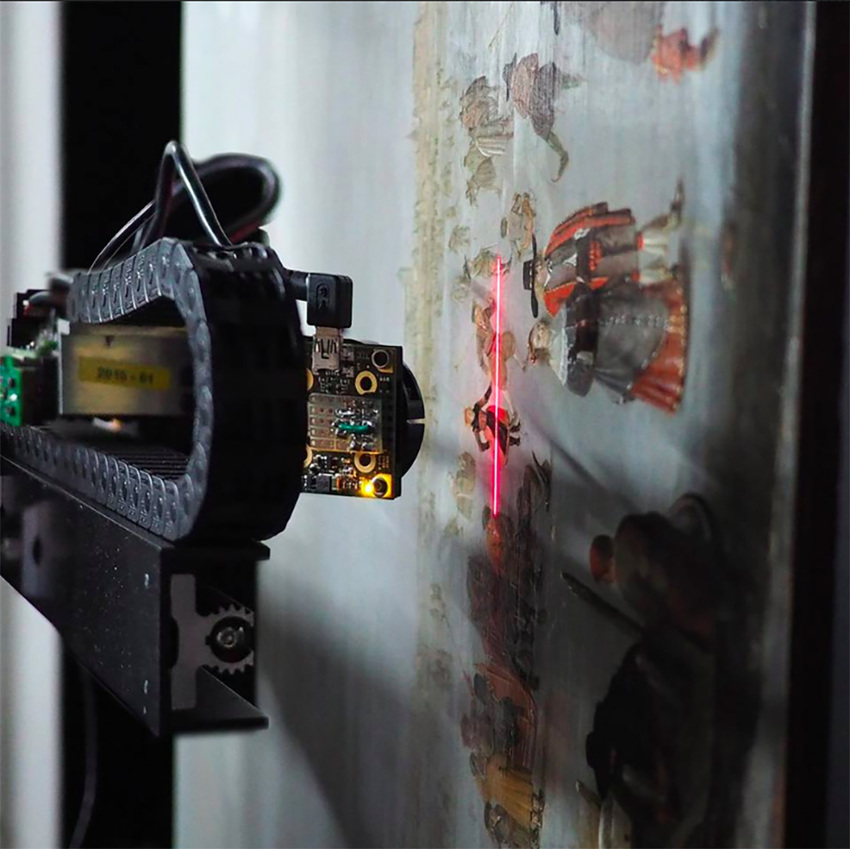 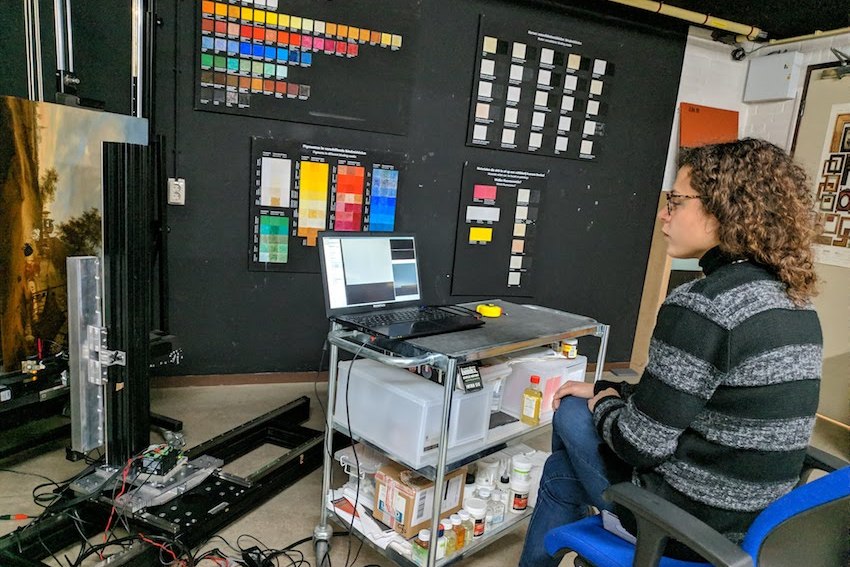 The data from the Lucida and panoramic photography recordings was processed at Factum Foundation’s Madrid studio before being sent on to Canon Production Printing in the Netherlands. The files sent by the Foundation contained the information required to precisely register the colour data to the relief data, allowing CPP to use its elevated printing technology to print out full colour reproductions of the four paintings. The data was fed into their Elevated Print Raster Imaging Processor, which created a stack of image files to be printed one on top of the other, resulting in a relief surface whose top layers reproduced the colours of the original paintings. CPP’s printer deposits pigment in layers of 2-40 µm, curing the pigment on deposition using UV light to produce relief surfaces of up to 5mm in height.

Reproducing the paintings in the Rijksmuseum Twenthe 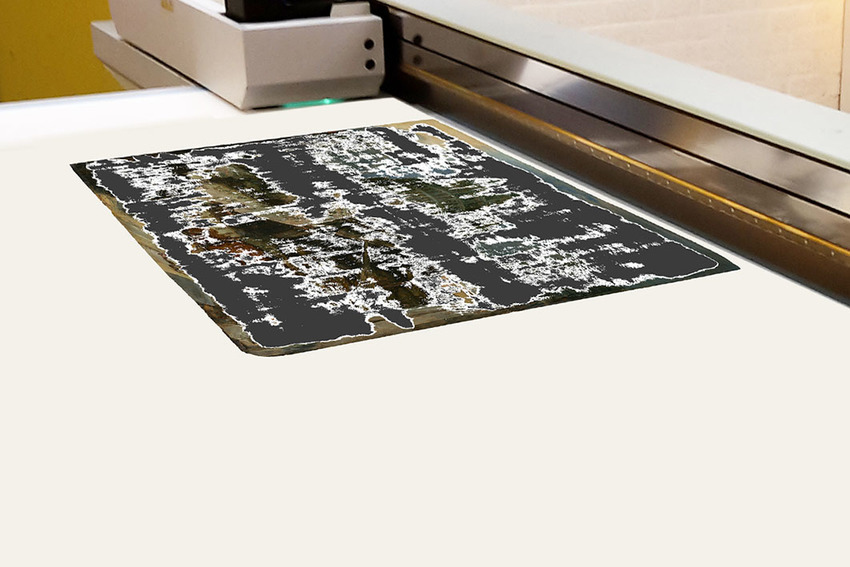 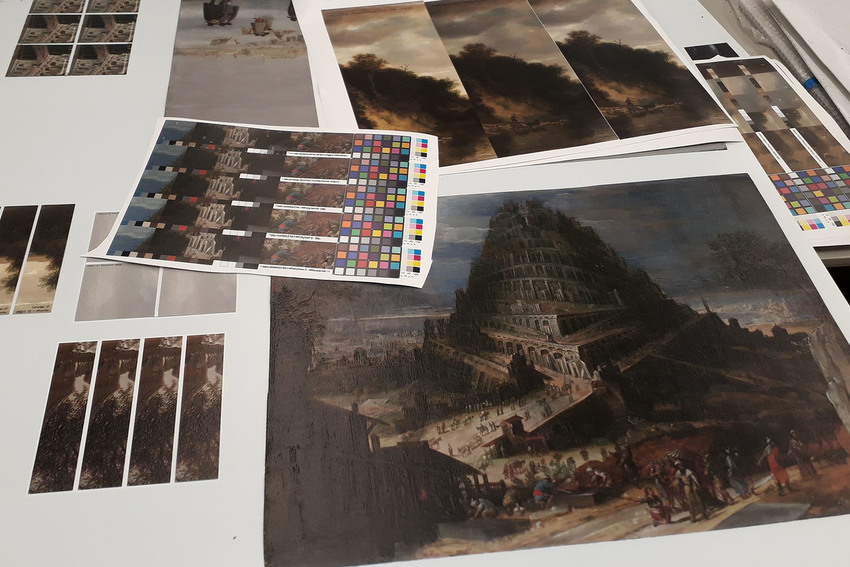 Exhibiting the paintings in the Rijssens Museum

The finished reproductions will be sent to the Rijssens Museum, where they will join other objects from the Van Heel Collection, left to the museum by the jute manufacturer M.G. van Heel (1876-1950). While the collection has been under the guardianship of the Rijksmuseum Twenthe since the bequest was made, a new initiative has seen many of the objects left by van Heel exhibited as part of the permanent display in the Rijssens Museum. The reproductions made by Canon Production Printing with Factum Foundation's data will set the pace for more vital parts of this puzzle to be fitted into place.

With thanks to Gerrit Dannenberg at the Rijssens Museum, Ingeborg Smit at the Rijksmuseum Twenthe and Clemens Weijkamp, Joachim Lamers and Raymond op het Roodt at Canon Production Printing.