Some of the ongoing and upcoming activities ran by ARCHiVe include:

The Replica project, coordinated by Isabella di Lenardo and Frederic Kaplan, actually began before the launch of ARCHiVe, as a preamble to the initiative. It consists in the digitisation of the rich documentary heritage of the Fondazione Giorgio Cini and paintings of the Veneto in collaboration with its institutes of history, literature, music, stage design and other arts as well as similar archives.

For this specific project, Factum Foundation with support from EPFL, built the Replica 360 Recto/ Verso Scanner. The scanner is capable of recording over 3000 double sided A3 images a day and automatically downloading and archiving the resulting images. The configuration for the Cini uses two 50mp Canon 5DSR Cameras producing a 1:1 image of 700 DPI. It has already recorded and archives over one million double-sided documents that can be accessed and analysed by EPFL’s software. 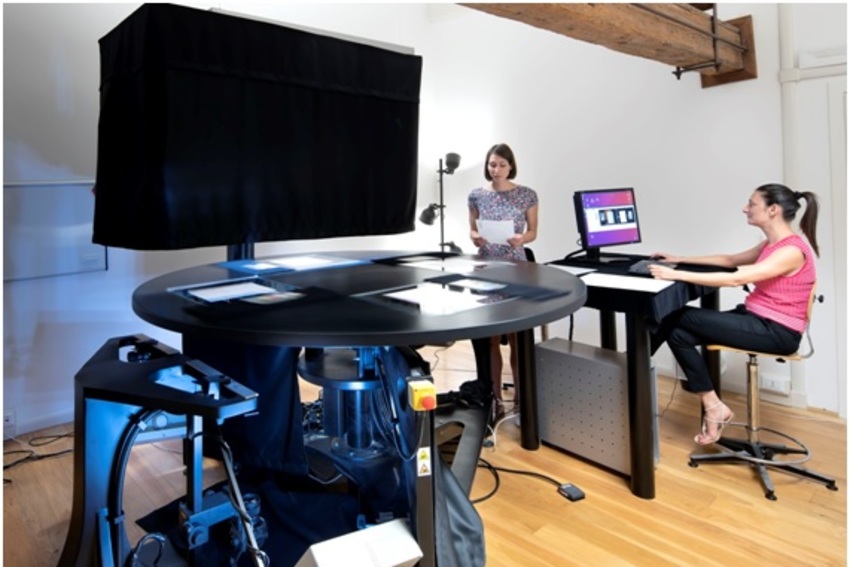 Developing new recording technologies is at the heart of Factum Foundation’s work. Some of these innovative tools are:

The Replica 360 Recto/Verso Scanner was designed by Adam Lowe and Dwight Perry and built by the team at Factum Arte with support from DHLAB-EPFL specifically to record the Cini's extensive photographic archives. It is a high-resolution image capture system that records front and back of a document at the same time. Replica is a rapid capture system for double-sided A3 documents. It is a rotary table that moves continuously whilst recording both sides of the document. In 2016 it was installed at the Fondazione Giorgio Cini.

While the system requires an onsite presence, it can be operated from Madrid using remote access and most practical and technical issues can be solved at a distance.

In the period July 2016-August 2017, operators at the Cini recorded and processed over 700,000 items, resulting in more than 940,000 image files – or 52TB of RAW data. 470,000 double-sided images were processed by the DHLAB at the École Polytechnique Fédérale de Lausanne to build a detailed database of images. 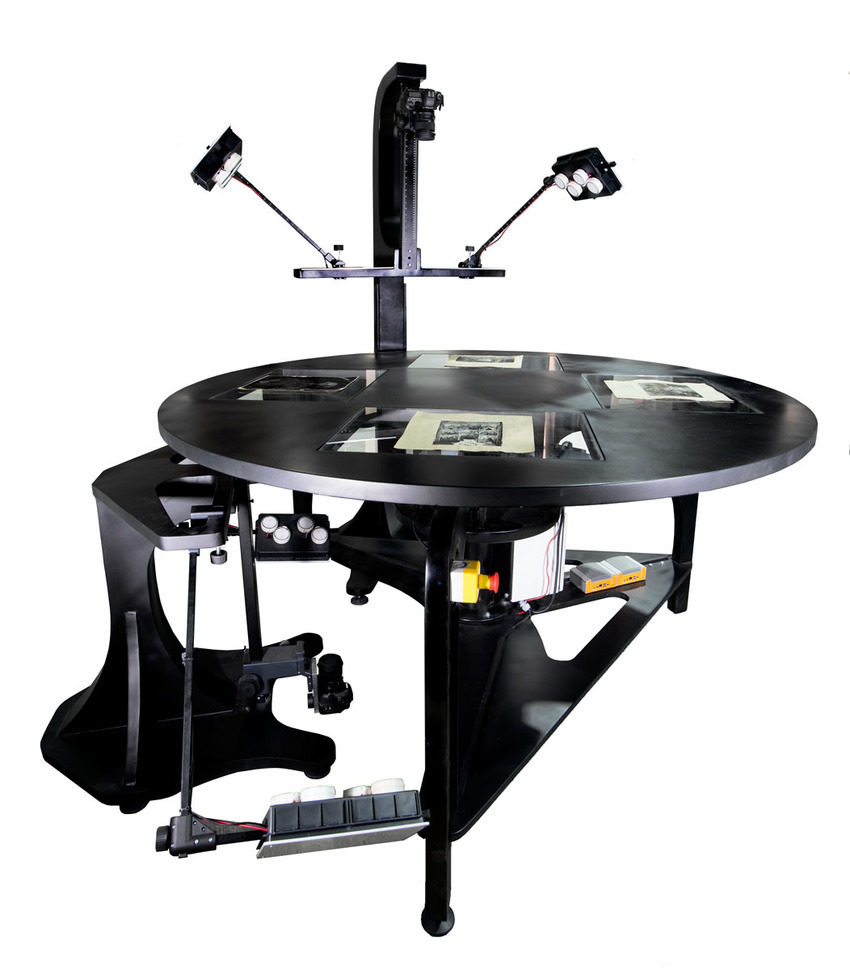 Designed and developed by the artist Manuel Franquelo and custom built by Factum Arte, the Lucida scanner allows to obtain high-resolution recordings of the surfaces of works of art and low relief objects.

The Lucida Scanner was first used to record items in Fondazione Giorgio Cini’s collection back in 2012. Three small Ercole de’Roberti’s panels (Saint George, Saint Catherine of Alexandria and Saint Jerome), part of the Polittico Griffoni altarpiece, were scanned in Palazzo Cini at San Vio for a research and facsimile production project involving international institutions. Between 2012 and 2016 all sixteen panels that form the PolitticoGriffoni were recorded in nine museums in Europe and US. The facsimile is now in San Petronio, Bologna and an exhibition about the project is being planned for Palazzo Fava in late 2019. 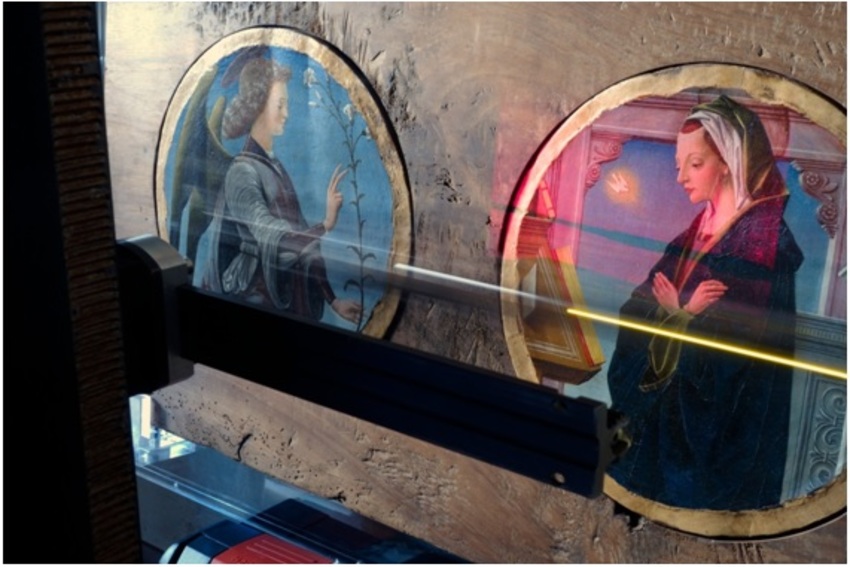 Designed by Enrique Esteban, this manuscript recording system captures, downloads and corrects the image. It has been in use at the State archives in Daghestan for over a year and can be controlled by remote access from Madrid. It has been designed to record fragile manuscripts without damaging the binding. 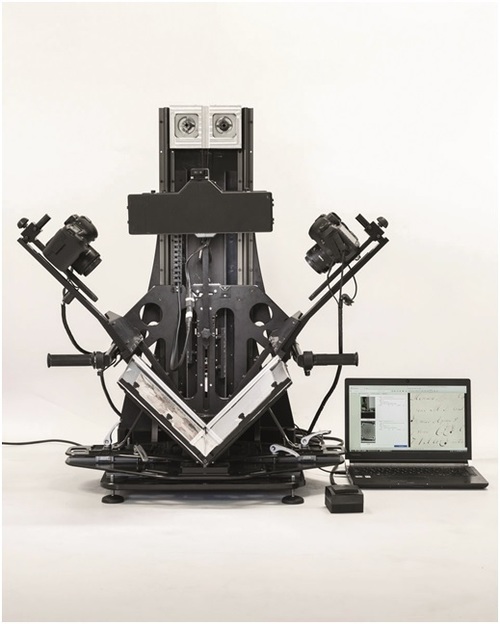 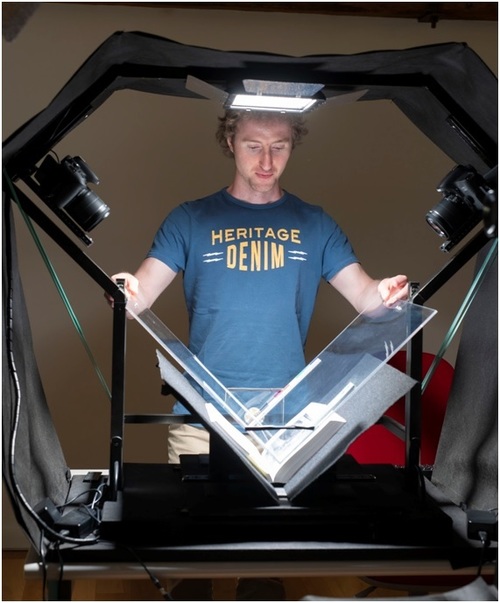 A portable book scanning system specifically designed for use in the mountainous region of Daghestan. 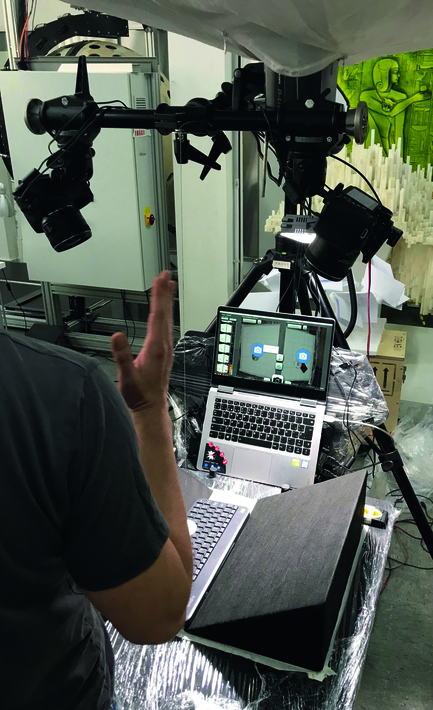 Since 2017, Factum Arte has been developing a new surface scanning system for materialisation of high quality facsimiles based on Reflectance Transmission Imaging. This work has been led by Jorge Cano and Enrique Esteban from the Engineering Department at Factum Foundation. In recent months Adam Weigert and Abhu Dhanda from Carleton University have significantly added to the team. The basic idea is to integrate 3D data from photogrammetry, RTI and photometric stereo. 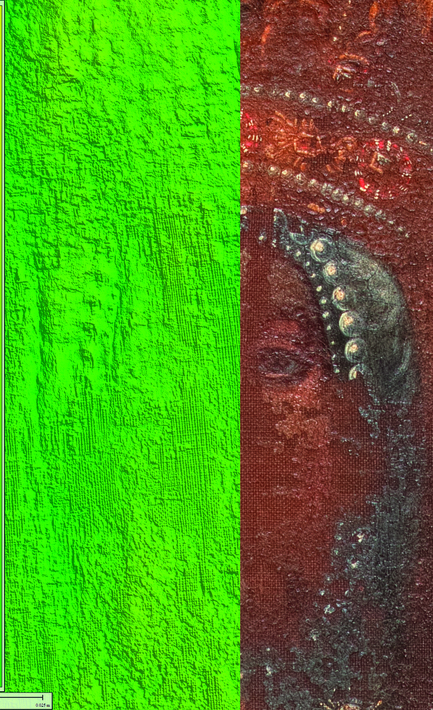 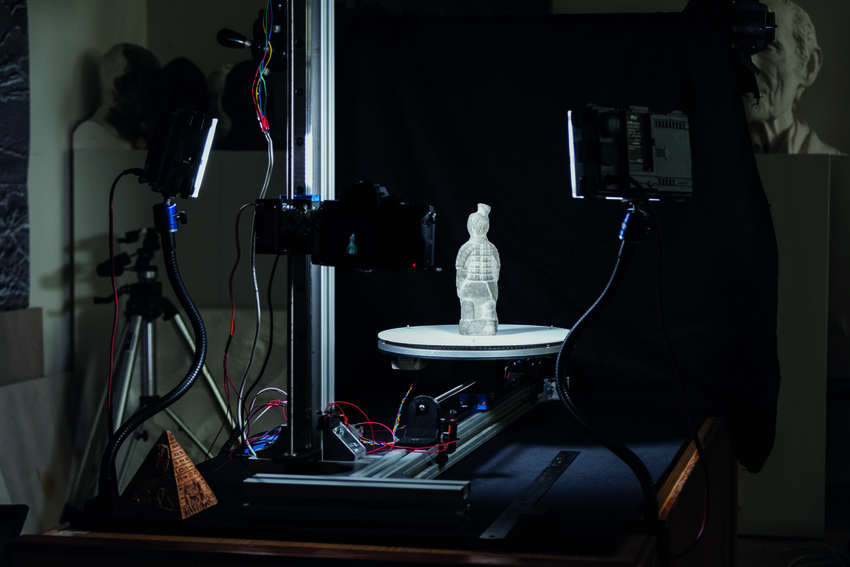 Photogrammetry is an increasingly important tool in the 3D recording of sites and objects. Multiple camera positions allow an object to be recorded in three dimensions. If done correctly this method can produce high-resolution data. Factum Arte is working closely with Capturing Reality to improve their Reality Capture software.