The 'Cimera de Jaime I'

A rampant winged golden dragon proudly adorned the helmets of the knights of the Crown of Aragón for centuries, becoming a symbol for the monarchy that controlled much of present-day eastern Spain, and parts of what is now southern France and Italy, until 1469. This is an example of a crest: a decorative heraldic element that was placed on top of the helmet that eventually took a solely pictorial form following the 16th century; this form of ornamentation holds a deep historical link to the Aragonese kings.

As part of their exhibition ‘Memory of the Kingdom, 600 years of Generalitat Valenciana’, the Generalitat Valenciana commissioned Factum Foundation to reproduce the ‘Cimera de Jaime I’, an extraordinary 13th century example of the famed Crown of Aragon crest dating from the reign of the legendary conquering king. This took centre stage in the second part of the exhibition, installed in the Generalitat’s Gothic Court, that explored the historical evolution of the shields of the Kingdom of Valencia, beginning with Pedro el Ceremonioso; the origin of this particular crest. 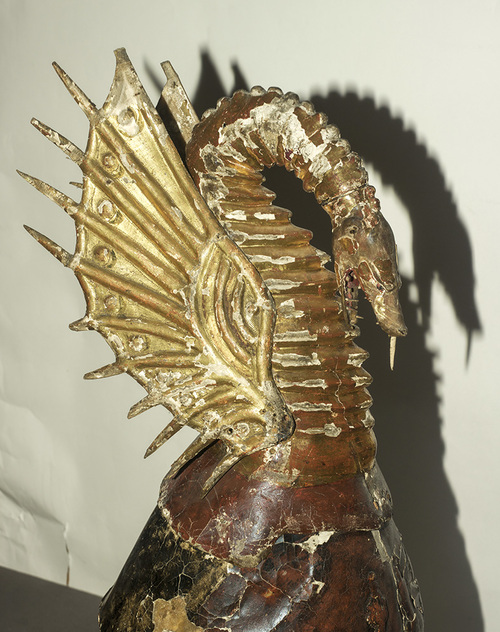 The 'Cimera de Jaime I' therefore stands an object of great historical and artistic value, belonging to the Spanish Royal Collection and guarded in the Royal Armoury of Madrid where the digitisation process was carried out by a Factum Foundation team. Incredibly delicate due to the nature of its materials, the polychromatic crest is formed of embossed leather with a wooden armature, and gilded with gold leaf.

According to historical documentation, the position of the wings was modified sometime between its creation and its current state whilst the crest was part of the Patrimonio Nacional collection.

The archive images provided by the Royal Armoury displayed the wings placed perpendicular to the axis of the dragon, extending horizontally behind the helmet, whilst in its current state the crest’s wings are vertically positioned in the direction of the dragon's axis. After conversations with restorers, and at the request of both the Head of Royal Armoury’s collection and a historian from the Generalitat Valenciana, it was decided that the wings of the facsimile would recreate the original positioning. 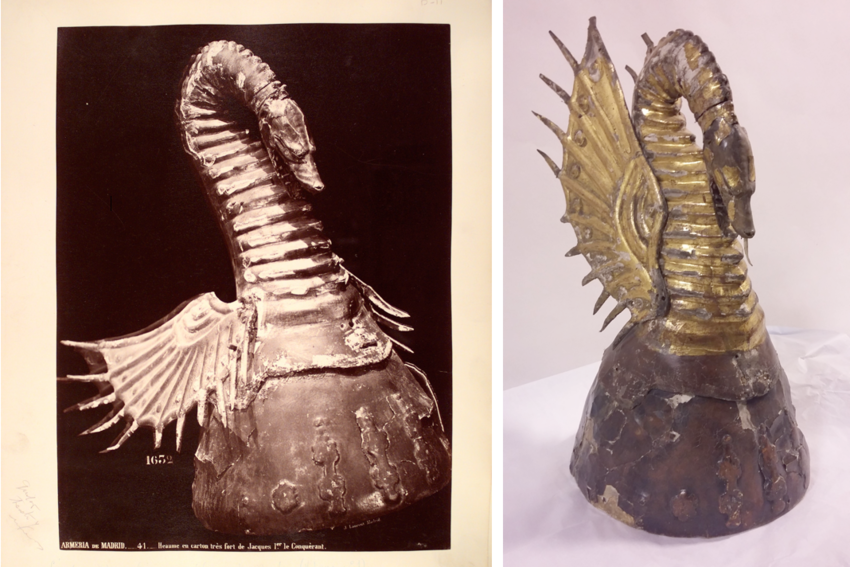 The piece was recorded using photogrammetry in the warehouses of the Royal Armoury, with a polarised light being utilised to minimize reflections from the large golden sections of the crest, thus easing the data processing stage back at Factum. The capturing of the colour data was done using high-resolution photography with the aid of colour charts, which were in turn complemented by the taking of colour references manually on cotton paper with watercolours. Both the physical and colour data were recorded in a completely non-contact procedure to avoid any risk of deteriorating the original. The resulting data files were then processed, obtaining a 1: 1 scale model of the Cimera de Jaime I in which all the volumetric data of the piece was collected perfectly. Besides picking up the small decorative details of the wings composed by a fine graining, together with the subtle details of the polychromy of the head of the dragon complete with fierce eyes painted on gold, all the various detachments, cracks, fissures, and scratches can be observed in high-detail. Therefore, the file stands as one of great historical and artistic value particularly in relation to the current state of the piece, as it allows the careful study and analysis for future interventions related to the conservation and restoration of the object as part of the wider dissemination of the Spanish historical heritage. 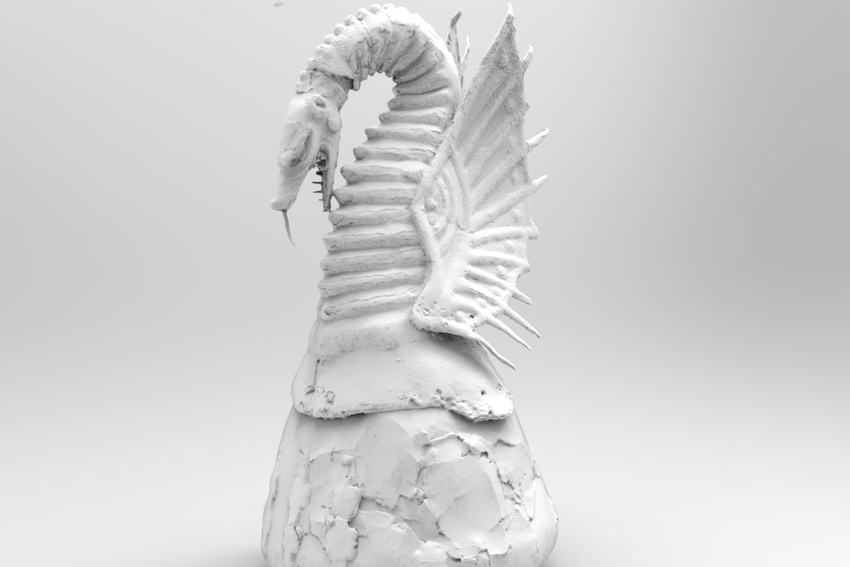 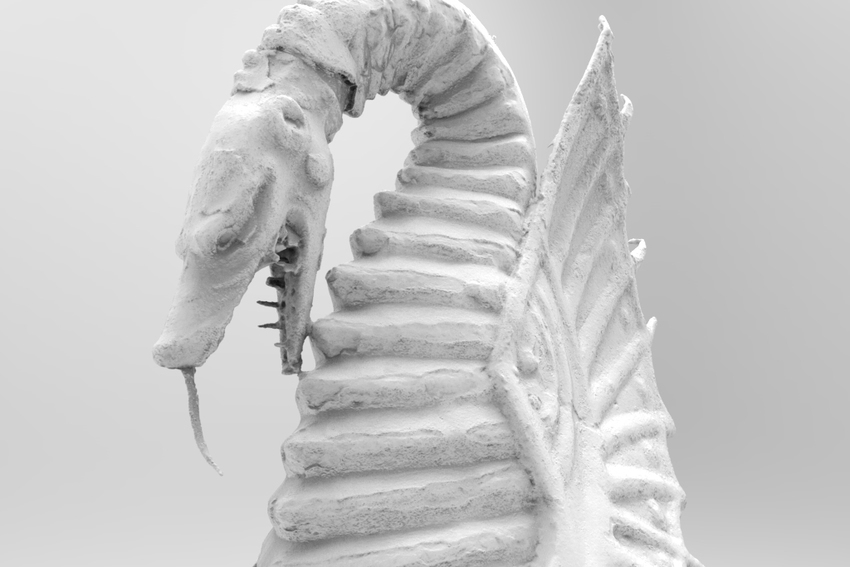 The rematerialisation of the 3D data was carried out at Factum Arte, Madrid using 3D jewellery printers that generated a model in ABS plastic. This captured all the details of the original perfectly, facilitating the creation of a silicone mould from which two copies were obtained in resin. An epoxy resin, known commercially as a wooden axon, was used owing to its unique characteristics being incredibly suited for the painting process, carried out using traditional techniques. The 3D printed base being pieced together. © Oak Taylor Smith 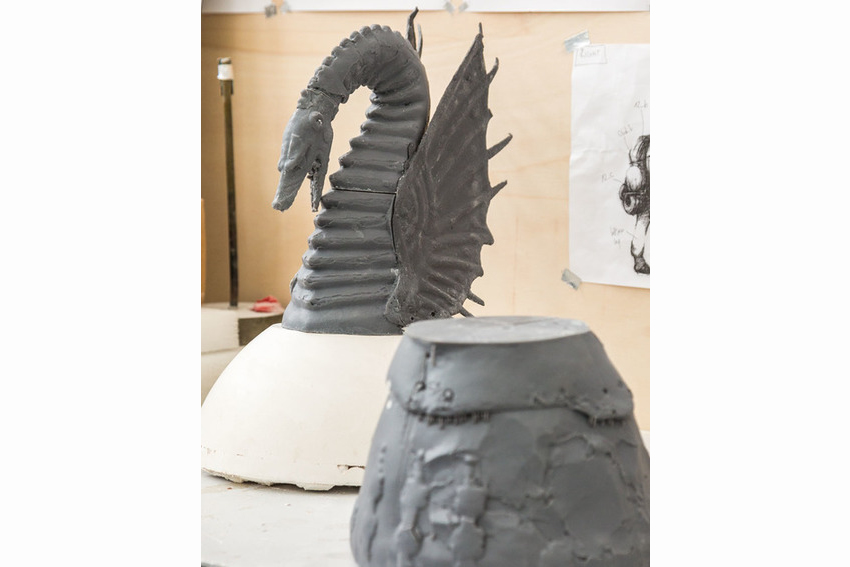 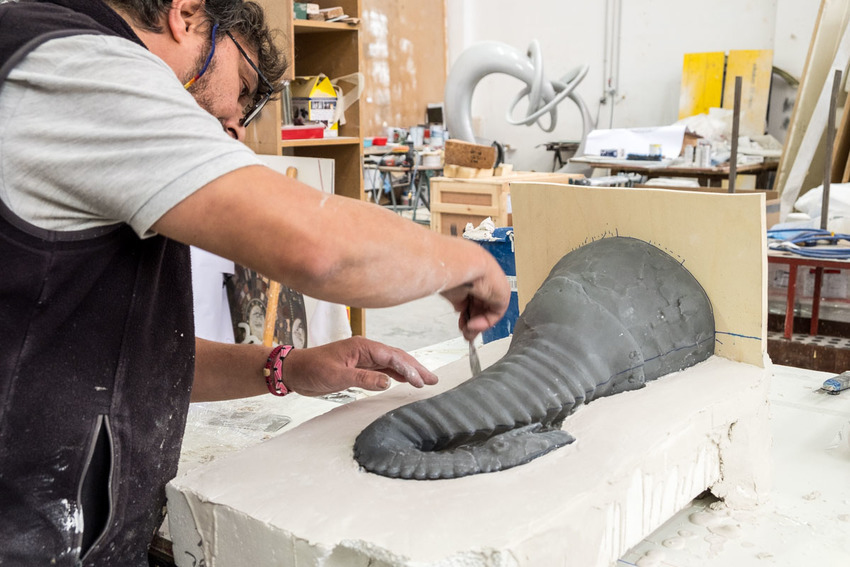 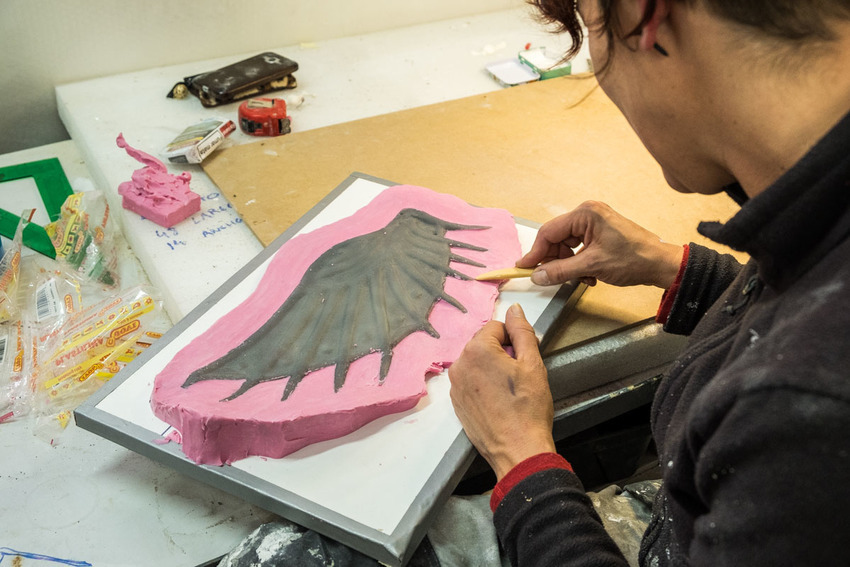 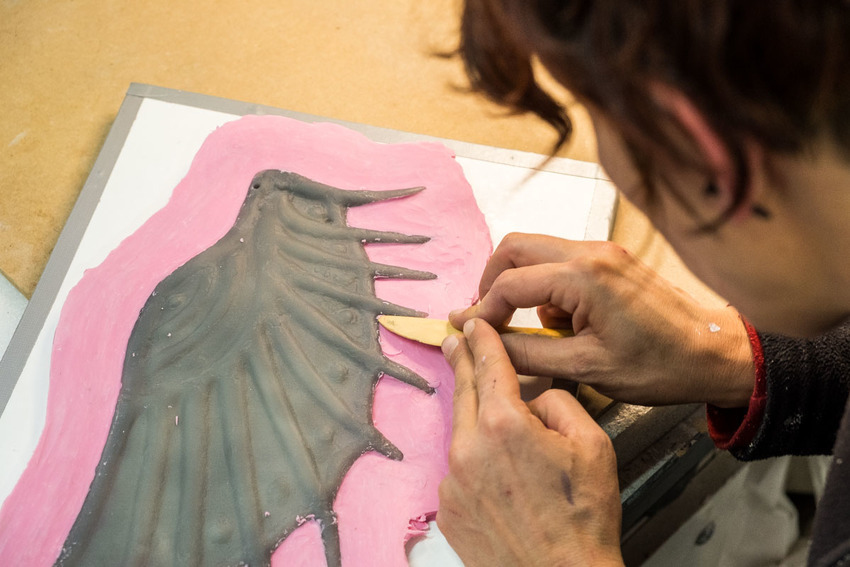 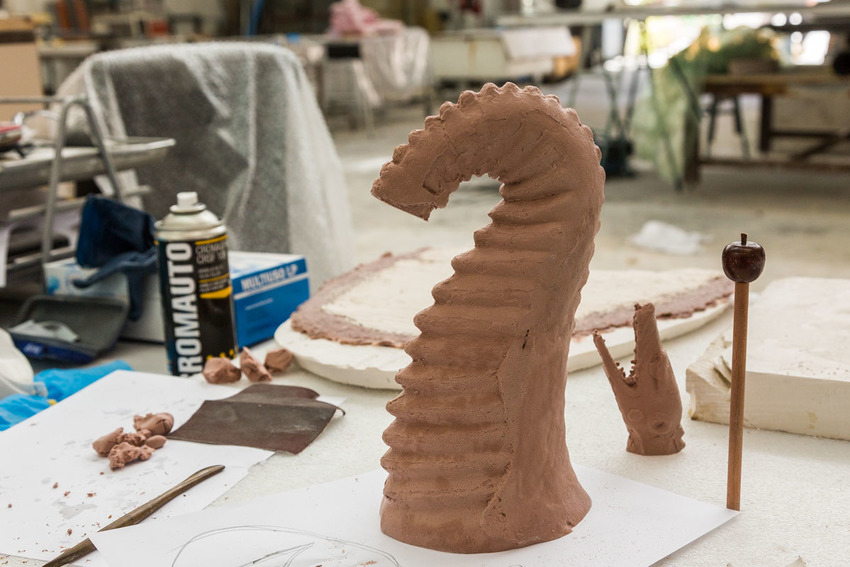 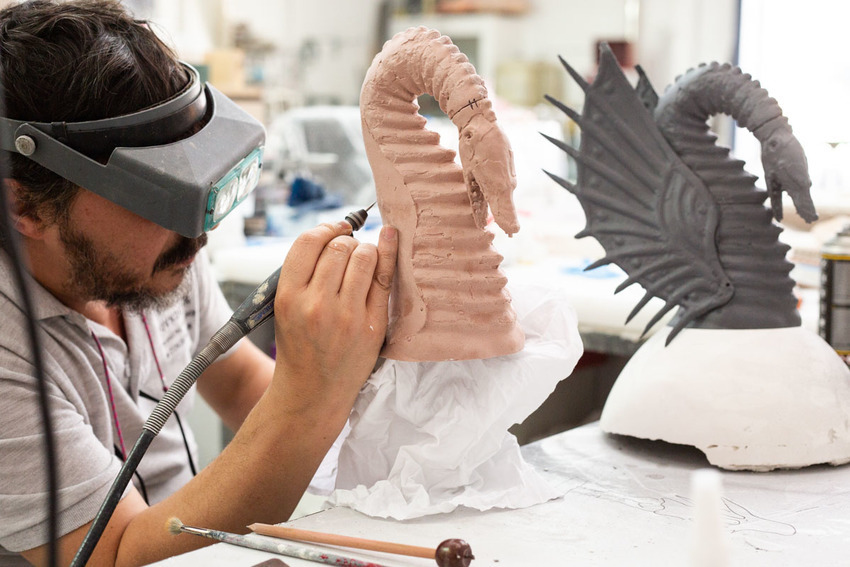 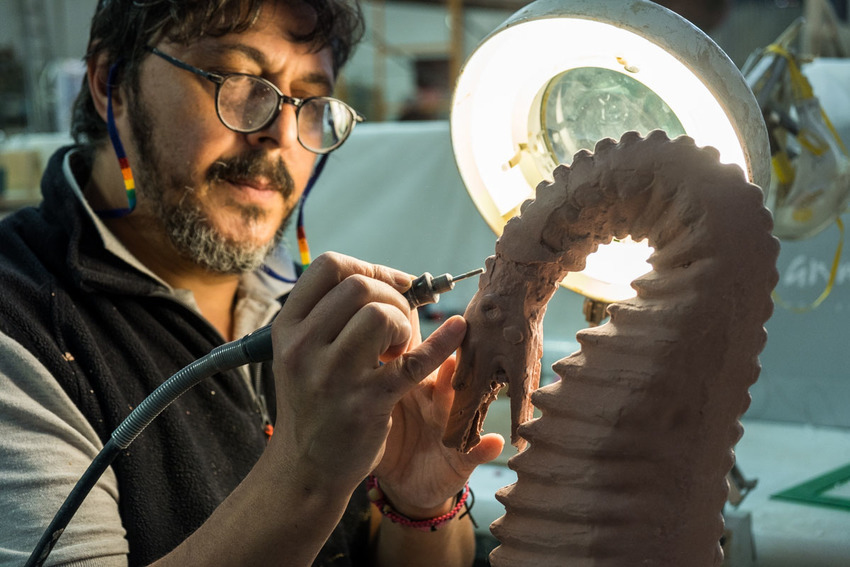 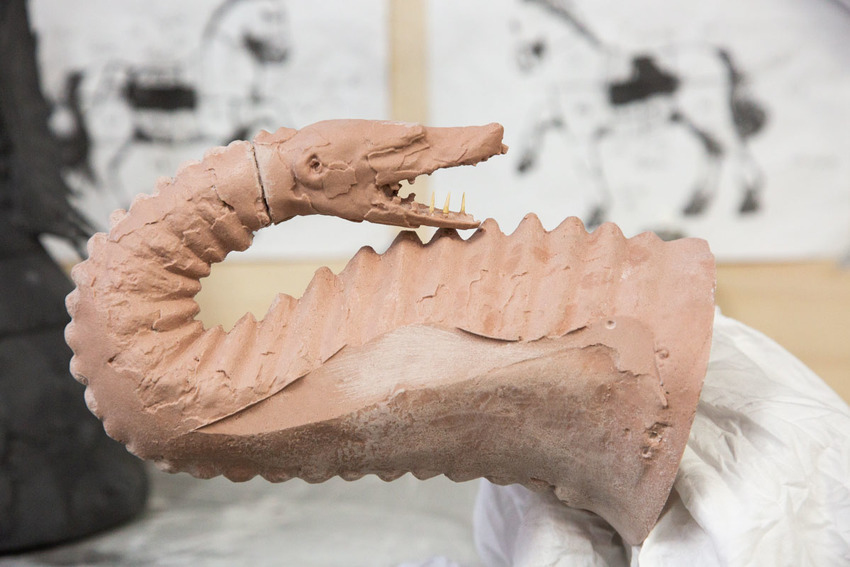 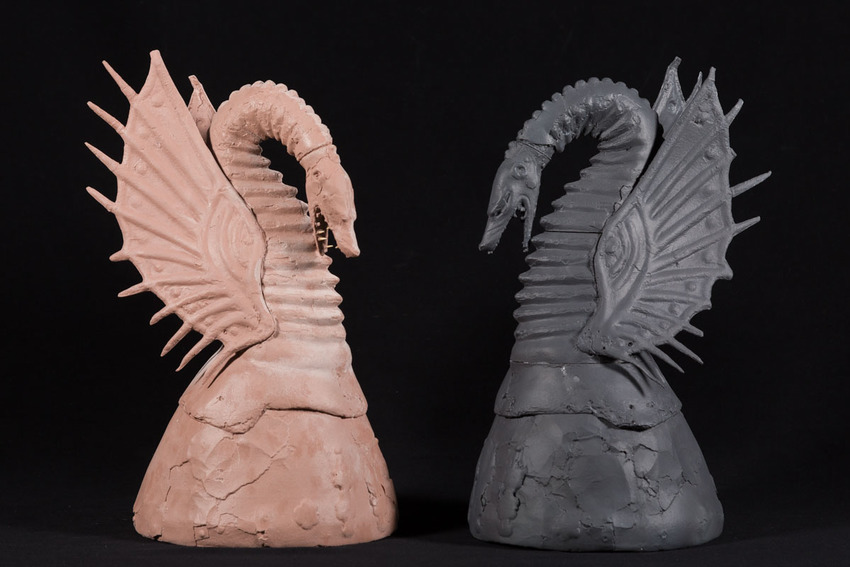 The base of the final facsimile alongside the 3D print. © Oak Taylor Smith 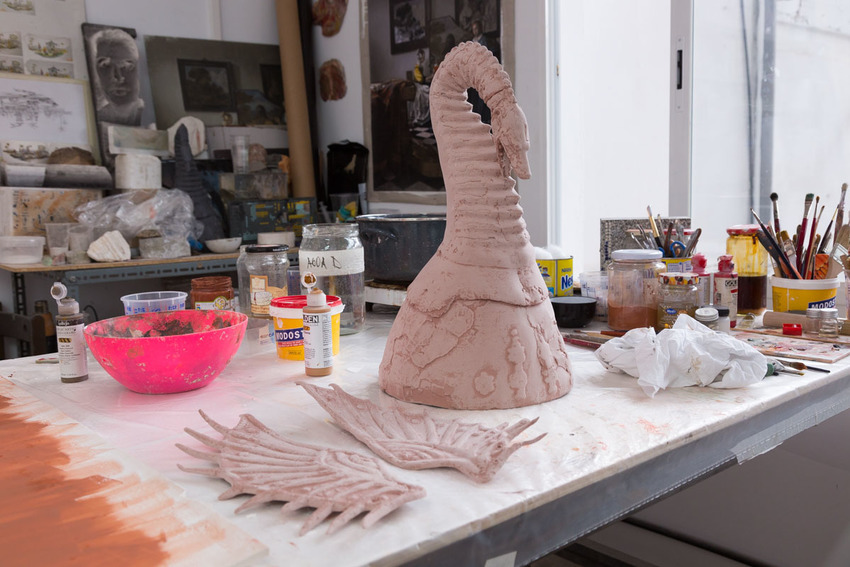 The facsimile ready to be painted © Oak Taylor Smith

A combination of traditional materials such as natural glue based on rabbit tail, Armenian bowl and gold leaf were used together with natural and temperate lacquers, with more contemporary materials of acrylic base incorporated for the initial primers and in the final varnishes. The polychromatic process was structured in three phases: first, a general tone was applied to the resin by imitating the leather on which the polychrome is based using natural pigments and acrylic. Secondly, so-called ‘skins’ were created, which were adhered to the surface of the facimiles following careful alterations of the layers of colour to later be able to brown and abrade the surface. Finally, the process was finished with the meticulous recreation of the decorative elements that complete the splendour of the original; this included the teeth and tongue of the dragon, reproduction of the signage stickers of the Royal Collection, and recreation of the leather jerkin that is disposed inside the helmet (labelled with the access date of the piece’s entry into the Royal Collection). The fine details of the wings, as well as the colour details of the dragon’s head, also formed part of this incredible attention to detail by the Factum Foundation specialists involved in creating this extraordinary facsimile. 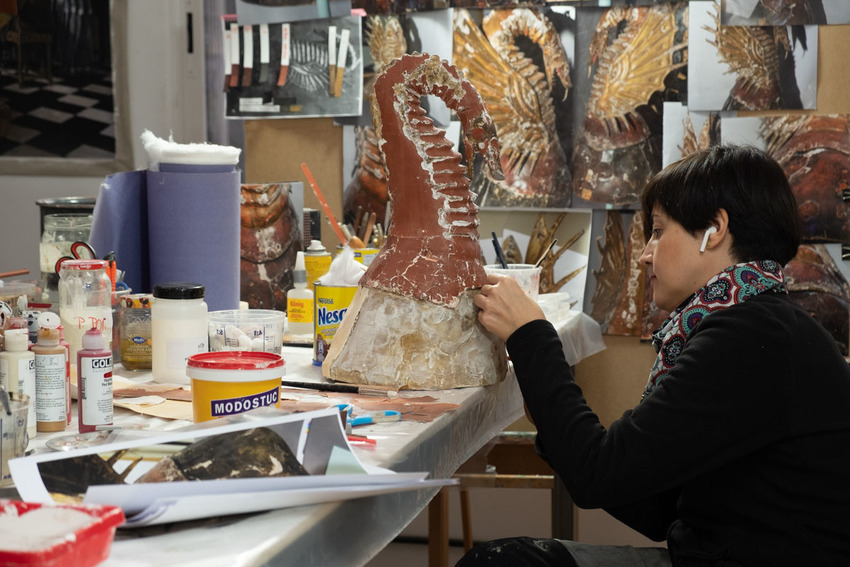 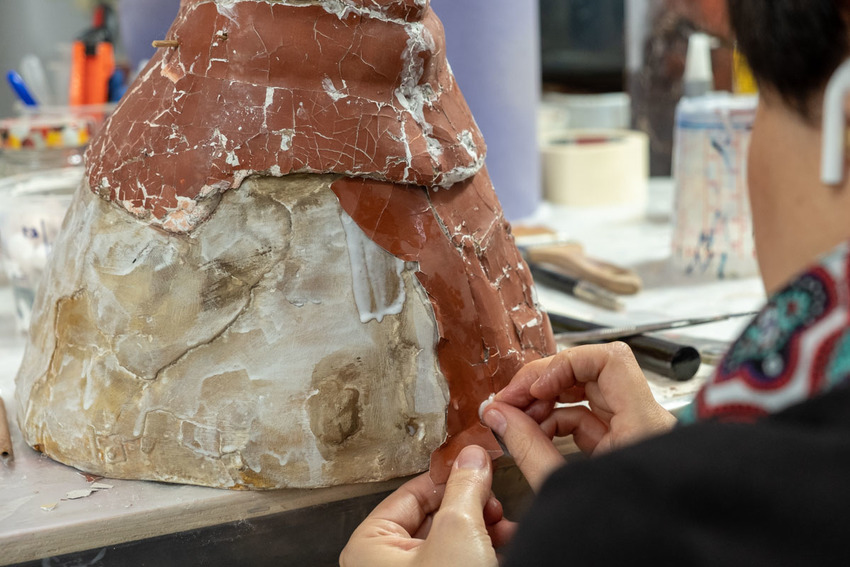 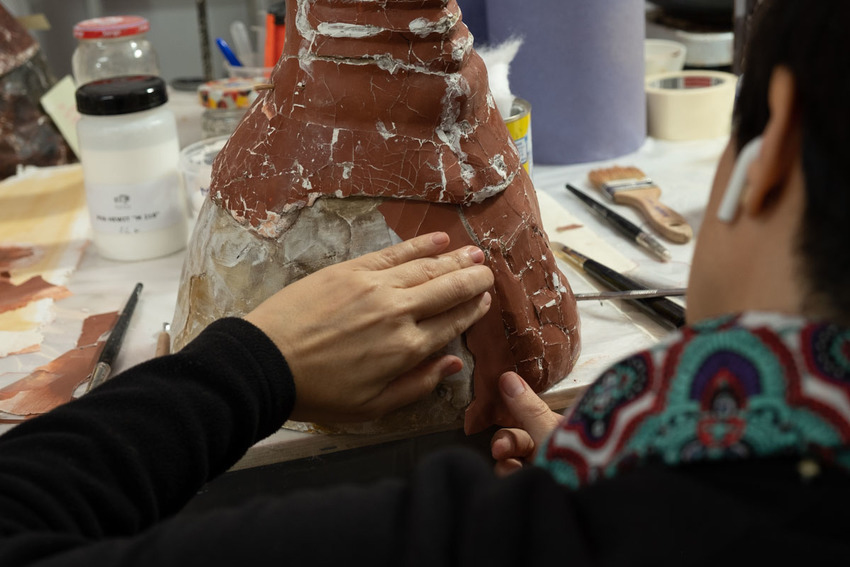 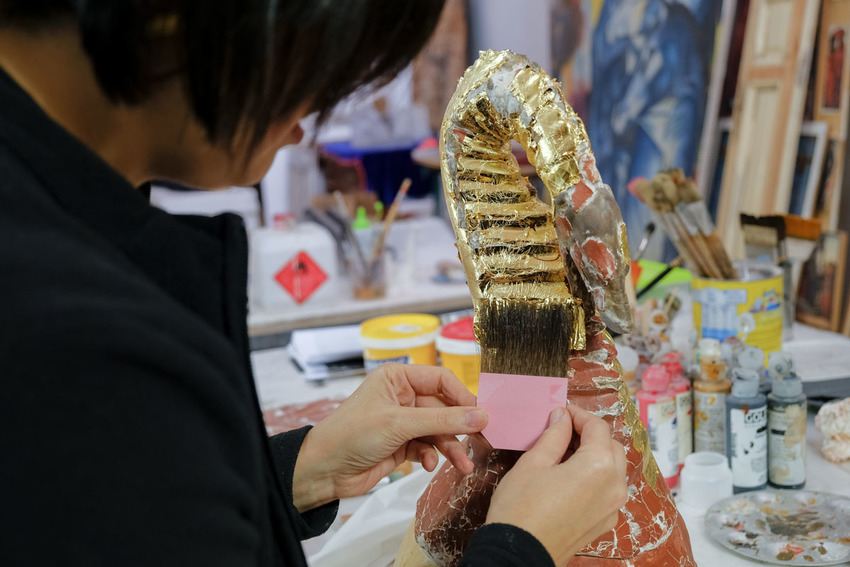 The gold leaf being pressed into place. © Oak Taylor Smith The wings of the final facsimile © Oak Taylor Smith