Bringing back Salviati’s ceiling to the Palazzo Grimani

The dispute between Minerva and Neptune by Giuseppe Porta (Giuseppe Salviati), recorded in the Musée Jaquemart-André, Paris; facsimile installed in the Palazzo Grimani, Venice 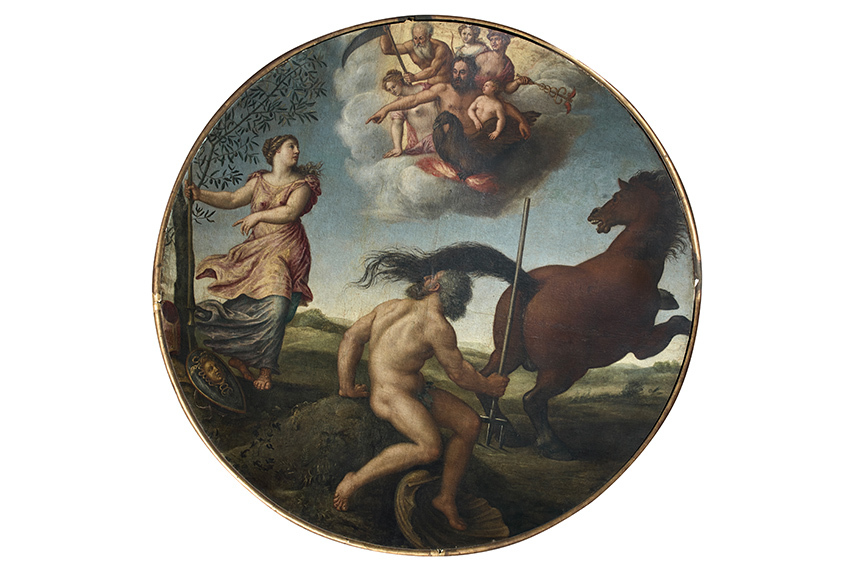 A sixteenth-century painted ceiling has been returned to the Palazzo Grimani in Venice in the form of a facsimile made by Factum Foundation. The original ceiling was painted for the Palazzo by Giuseppe Porta, also known as Giuseppe Salviati, and shows the dispute between Minerva and Neptune over the city of Athens. Factum recorded both the ceiling itself, which is now in the Musée Jacquemart-André in Paris, and the oval space which it once occupied in the Palazzo Grimani; this data was used to ensure that the final facsimile would fit into the ceiling’s original context.

The painting was commissioned for the ceiling of the Vestibolo della Tribuna in the Palazzo Grimani, one of the great 16th century palazzi of Venice, and executed in the 1560s. In 1893 it was sold by a Milanese dealer to the French collector Edouard André, and before the end of the decade it entered the collections of André and his wife Nélie Jacquemart, which in 1913 would become the Musée Jacquemart-André. To this day, the museum houses one of the major collections of Italian art in France. Within the museum, the painting is displayed on the ceiling at the centre of a square smoking room. 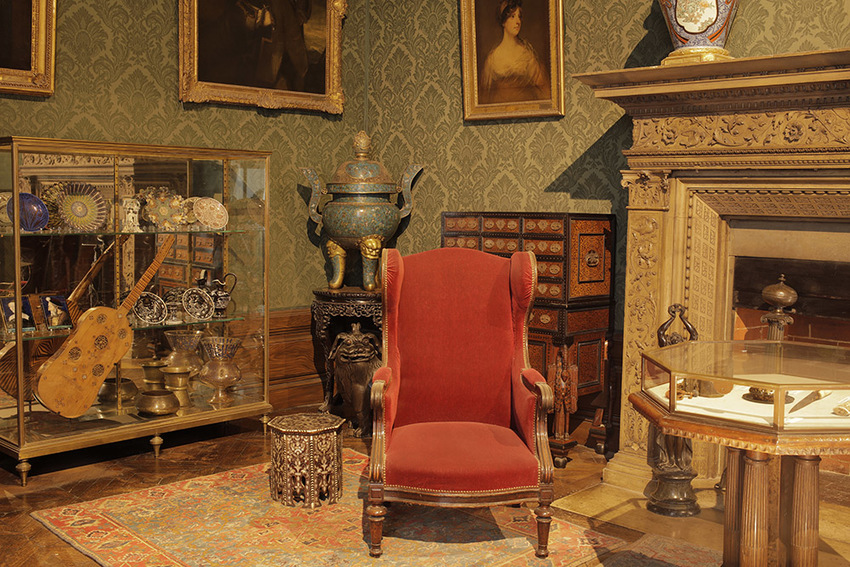 Le Fumoir in the Musée Jacquemart André, the room in which the painting is now kept © Factum Foundation

From 7 May 2019 to November 2022, the Palazzo Grimani welcomes back many of its original sculpture collections for an extended exhibition. To coincide with this, they commissioned Factum Foundation to create a facsimile of Salviati’s ceiling, which was placed in its original location, the entryway to the Tribuna, the vast room in which a collection of 130 ancient sculptures was once exhibited. 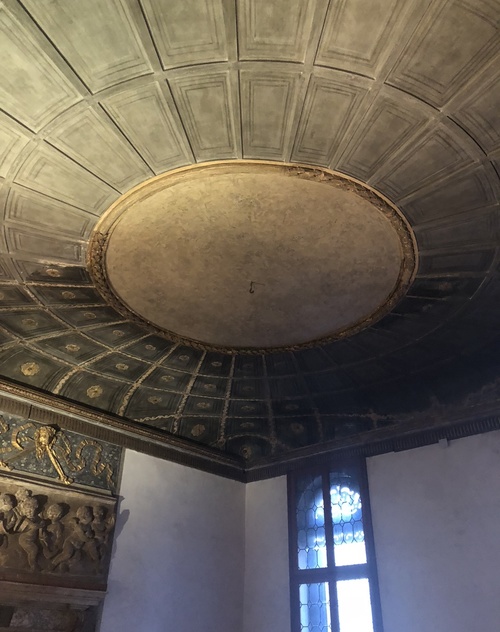 The ceiling in the Palazzo Grimani © Factum Foundation

Recording the painting in the Musée Jacquemart-André

As the painting is fixed to a ceiling in the Musée Jacquemart-André and could not be recorded using the Lucida 3D scanner, Factum Foundation used panoramic photography and photogrammetry to scan the work in February 2019.

Panoramic photography, which involves taking hundreds of paintings from a static point (single point), was used to record the surface of the painting itself. These photos are joined together into a single composite image, and software is used to correct the distortion which results from the fact that every picture is taken from a single point (and therefore some parts of the painting are inevitably further away from the camera’s lens than others). Panoramic photography is also used by Factum to ensure that the colours of a scan and a facsimile correspond precisely to the colours of the original.

Photogrammetry, which involves taking hundreds of photos from different angles, was used to record the frame. This technique allows for the capture of the contours of a complex, multifaceted surface. 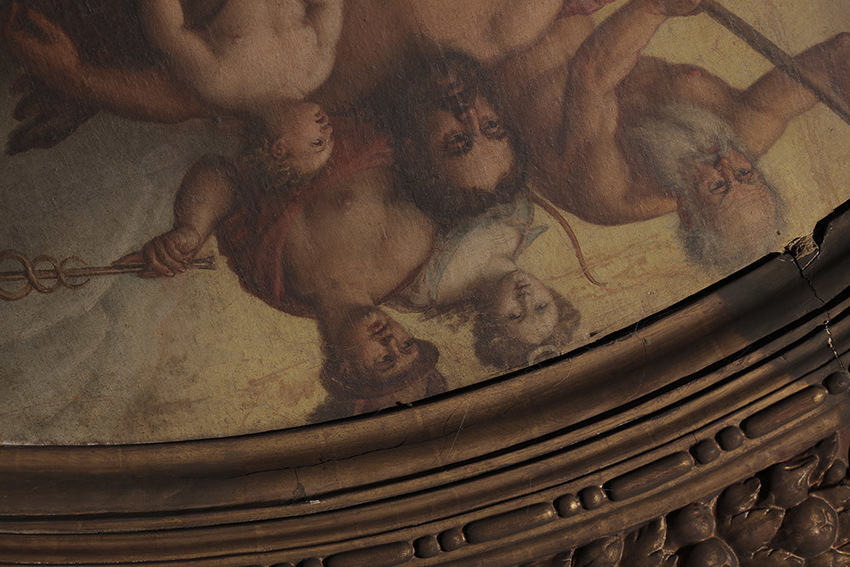 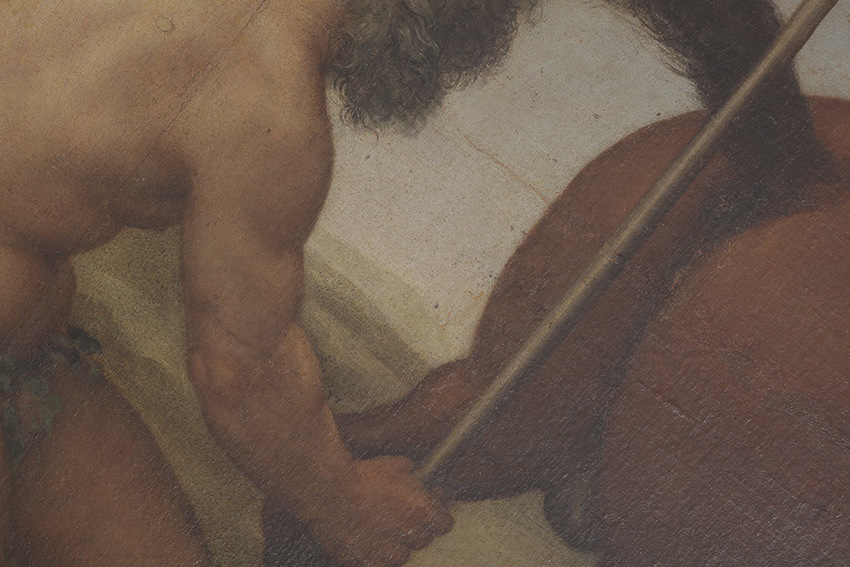 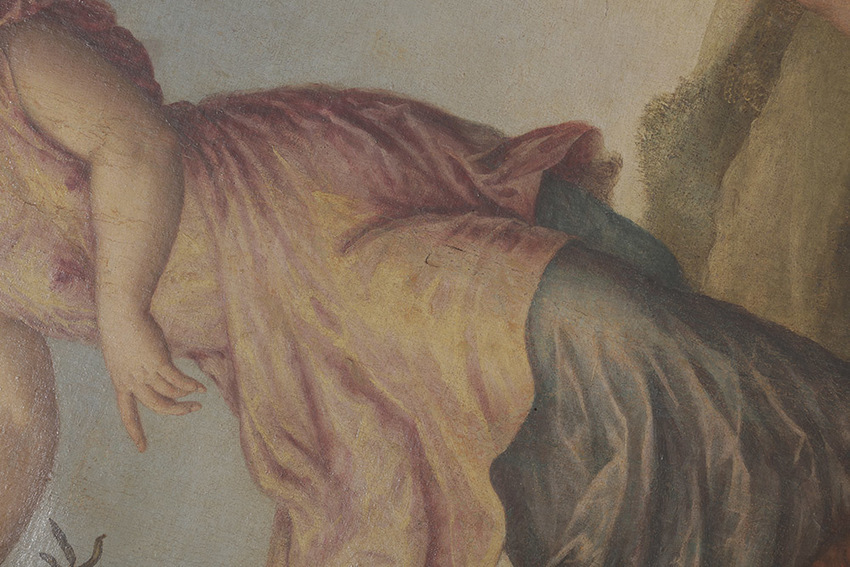 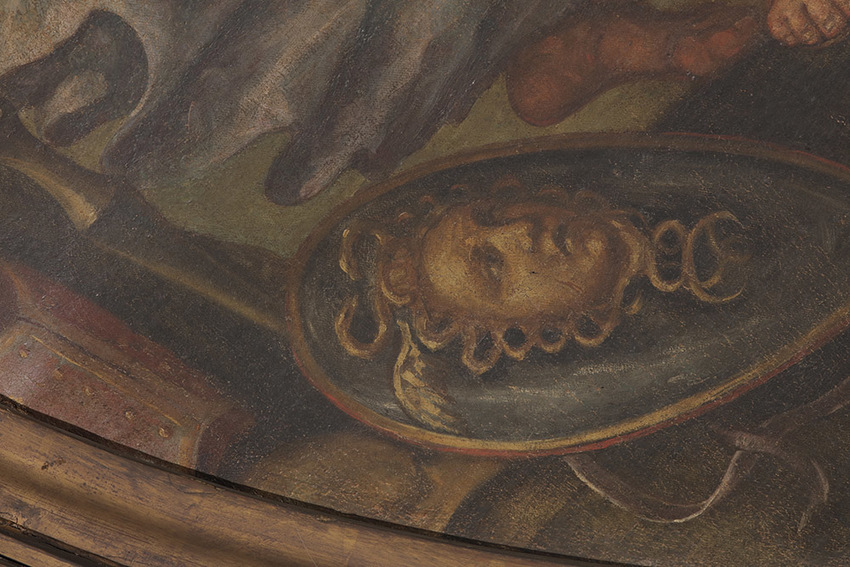 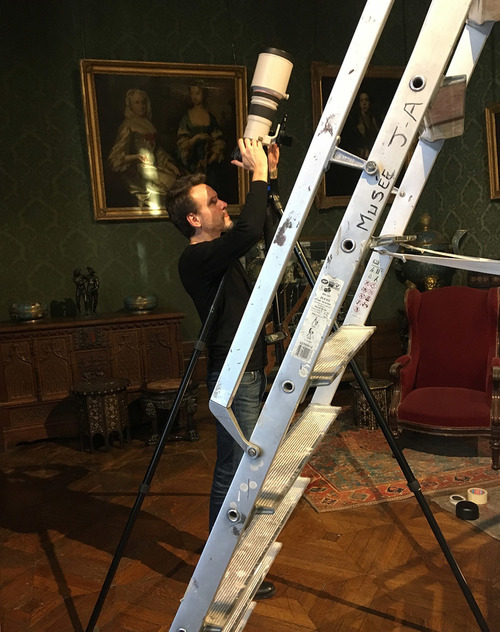 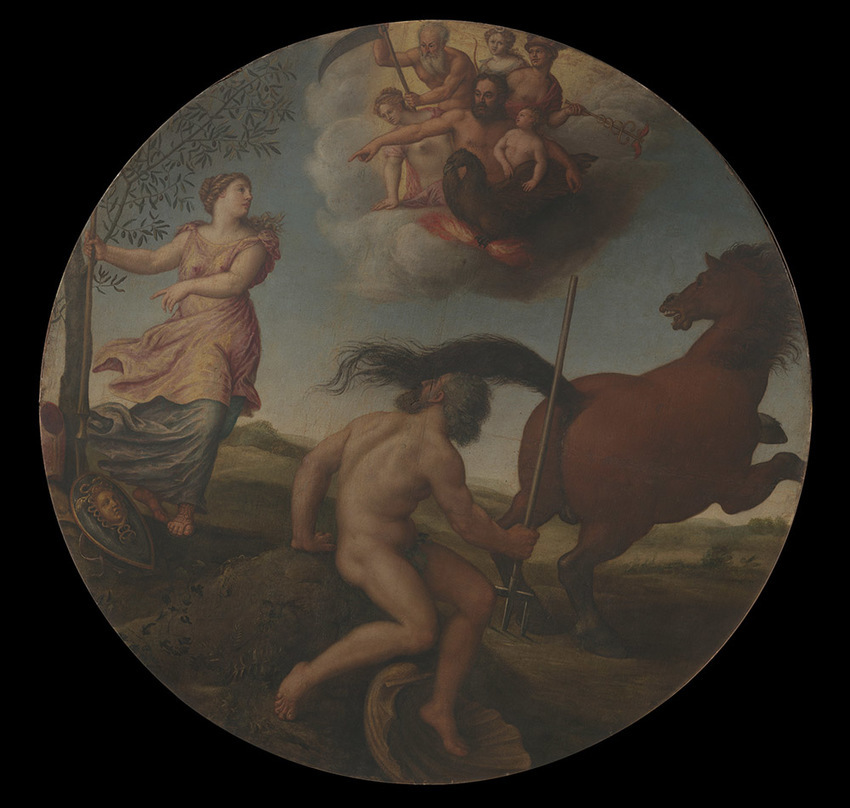 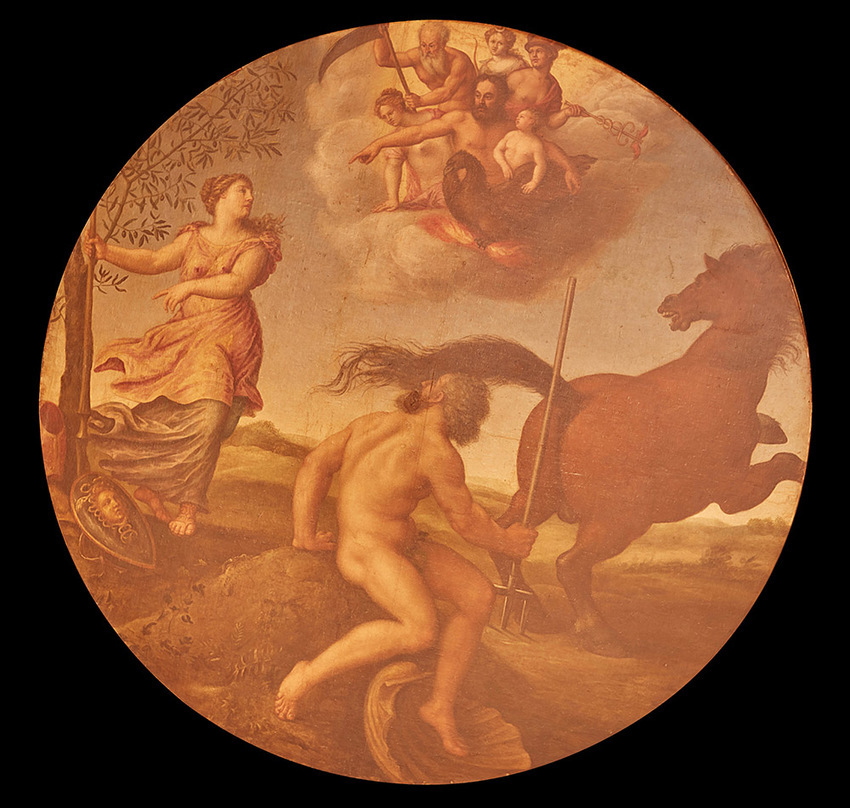 Orthophoto of the original ceiling.

Recording in the Palazzo Grimani

The original wooden ceiling of the Palazzo Grimani collapsed during the 20th century and now, post-restoration, has slightly different contours from the ceiling to which the painting was once fixed. Therefore, in order to ensure that the facsimile, based on the painting in its current state, would still fit into the space which it left in the 19th century, Factum Foundation recorded the original ceiling of the Vestibolo della Tribuna as well as the painting itself.

The recording was carried out using the terrestrial laser scanner FARO FOCUS 3D CAM2, which is suitable for quick acquisitions and was able to provide accuracy to the nearest 3mm over this distance. LiDAR systems like this work by sending a pulsed light towards the target object and measuring the time it takes to return; based on this time they calculate the distance between sensor and target object. They plot these points (of which they measure up to 976,000 per second) in digital 3D space, creating a 3D model from the data. 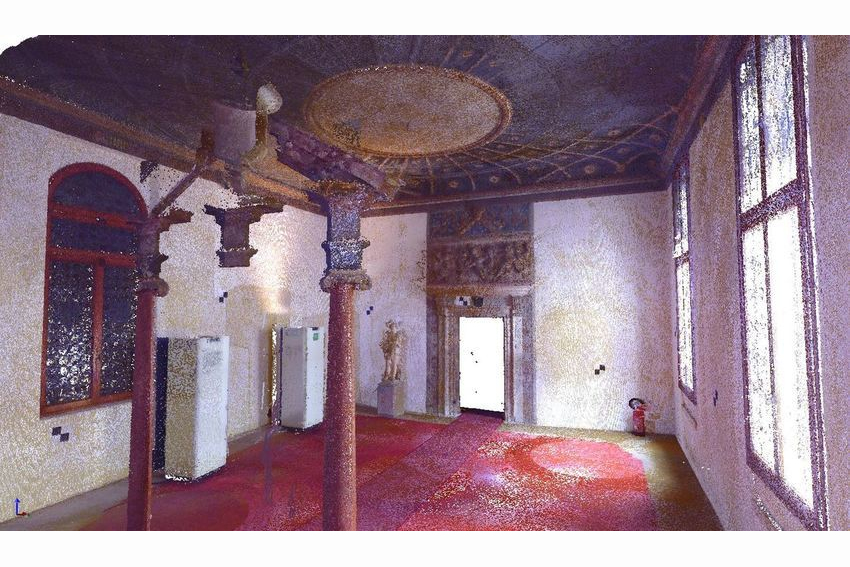 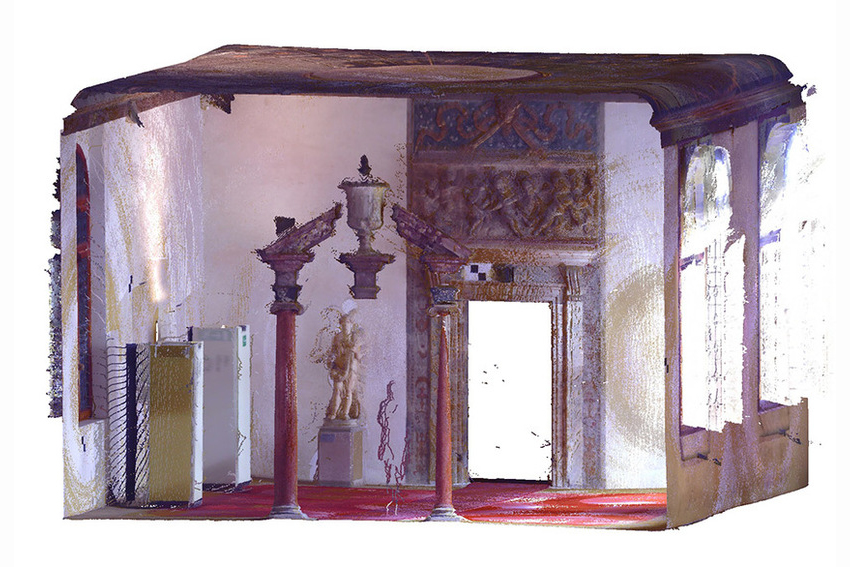 In addition to correcting the panoramic photography data, digital artisans in Factum’s Madrid workshops used Reality Capture software to create a 3D model for the painting’s frame. The separate LiDAR datasets were aligned with each other before being imported into a CAD program where, with the help of the Pointools program, it was possible to study the deformation of the ceiling. 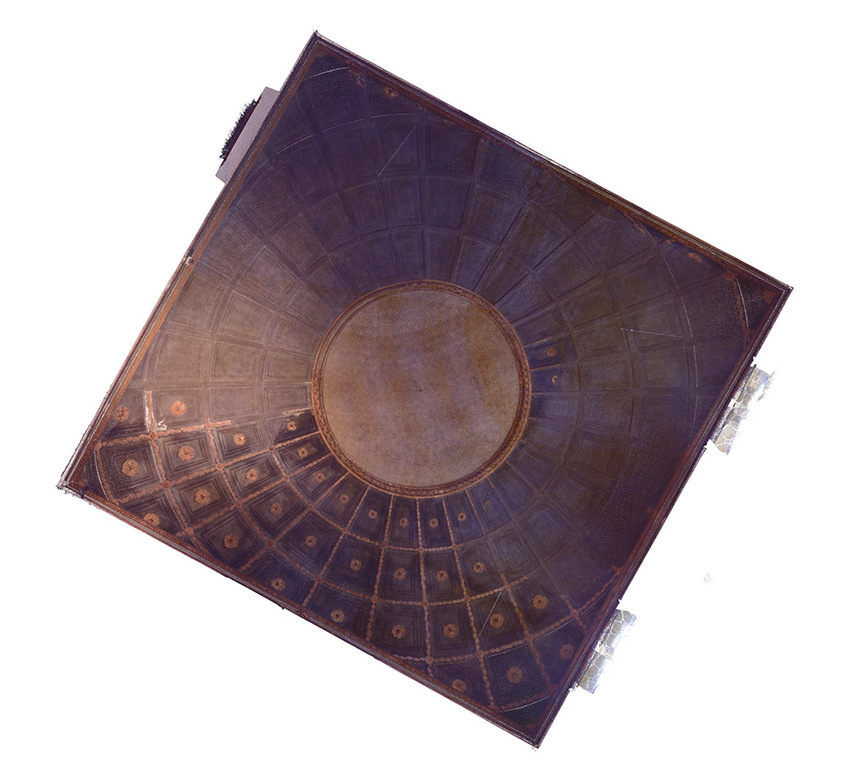 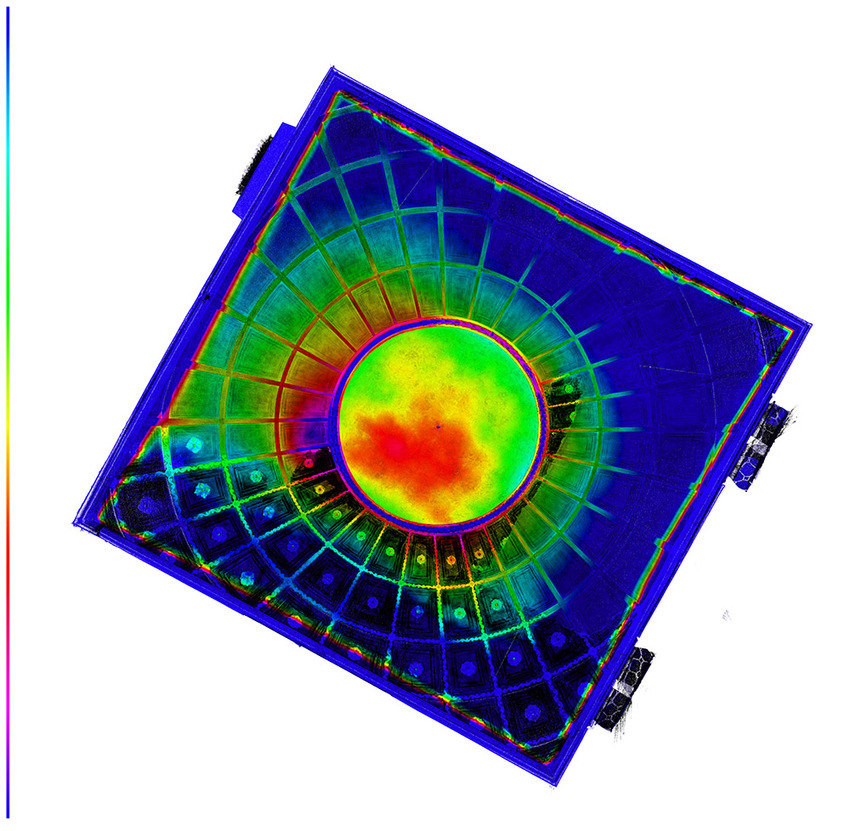 The colour data for the ceiling was printed onto a surface of gesso lined on linen using Factum’s unique flatbed printer, which is able to build up pigment in layers to give a depth of colour comparable to that of the original oil paint. Because the ceiling is so large, it had to be printed in two halves. 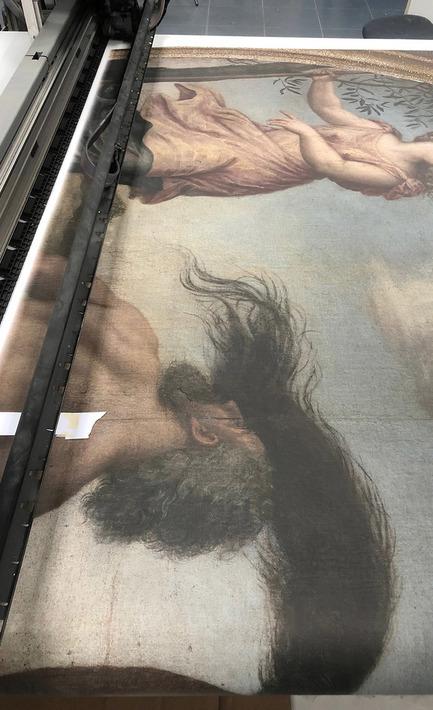 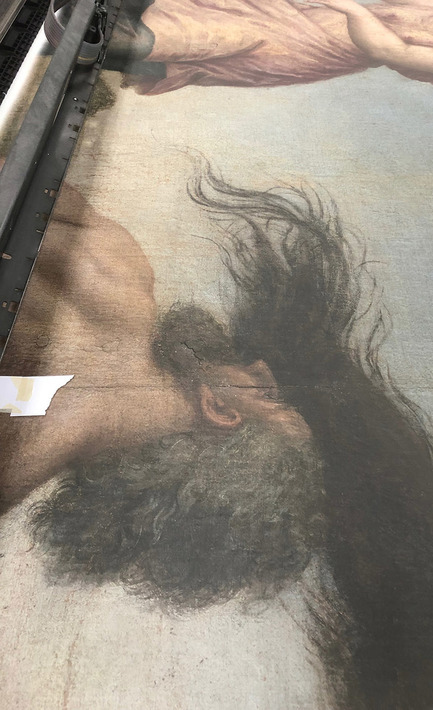 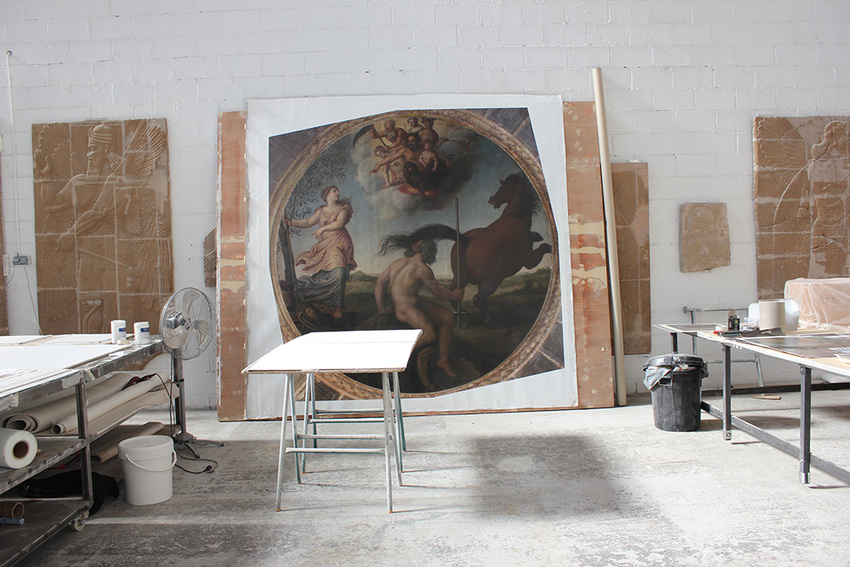 Facsimile of the Salvati ceiling © Elizabeth Mitchell for Factum Foundation

Installing the ceiling in the Palazzo Grimani

The ceiling was installed in the recently restored Palazzo Grimani, where it is on display until November 2022 alongside many of the original statues from the Palazzo. The sculptures returned to the palace temporarily while their current location, the Biblioteca Marciana, undergoes restoration, within the context of the exhibition 'DOMUS GRIMANI 1594 – 2019. La collezione di sculture classiche a palazzo dopo quattro secoli'. 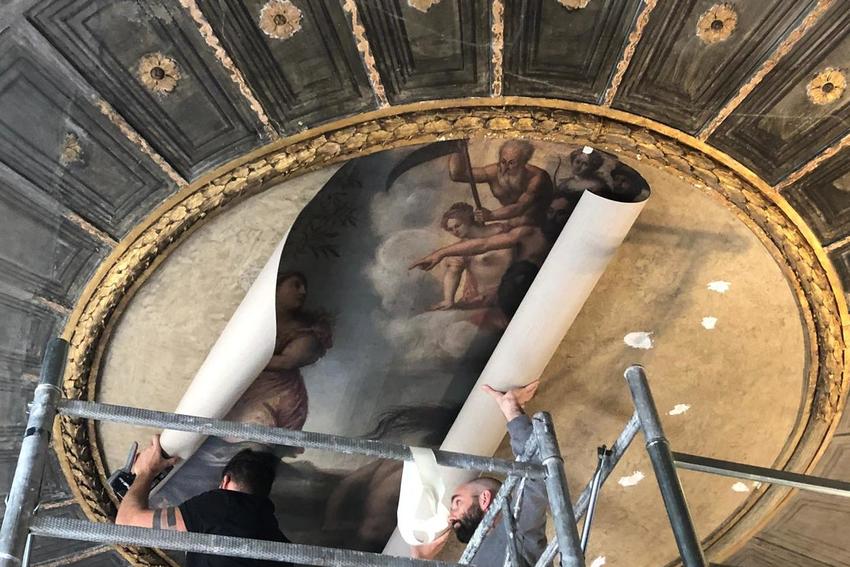 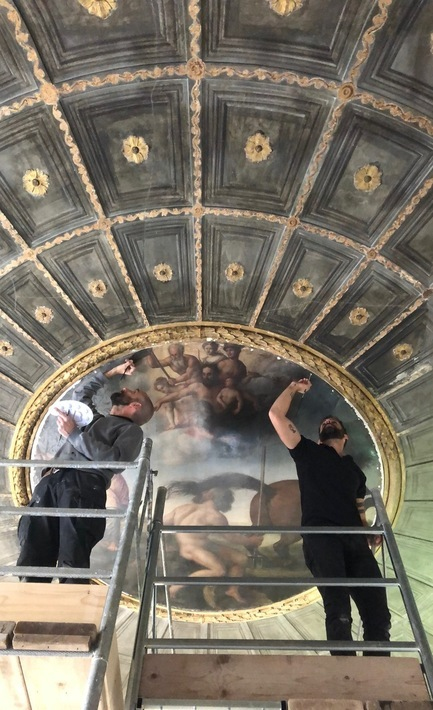 With thanks to Hélène Echiffre at the Musée Jacquemart-André and to Valeria Finocchi, Annunziata Genchi, Giada Ceccaroni, and Toto Bergamo Rossi at the Palazzo Grimani.

The Factum team was made up of Adriana Bustamante, Guendalina Damone, Jordi García Pons, Rafa Rachewsky, and Gabriel Scarpa.