A recent archaeological mission lead by the Spanish National Research Council (CSIC) at Dra Abu el-Naga, Luxor, unearthed this early Twelfth Dynasty funerary garden in a remarkable state of preservation; complete with remaining traces of pollen and seeds planted over 4000 years ago. As part of the archaeological excavation and documentation of this site, Factum Foundation was enlisted by the CSIC to create an exact facsimile to form part of the protective framework built to safeguard the fragile ancient structure from further erosion; this will extend the garden's life by at least a decade. 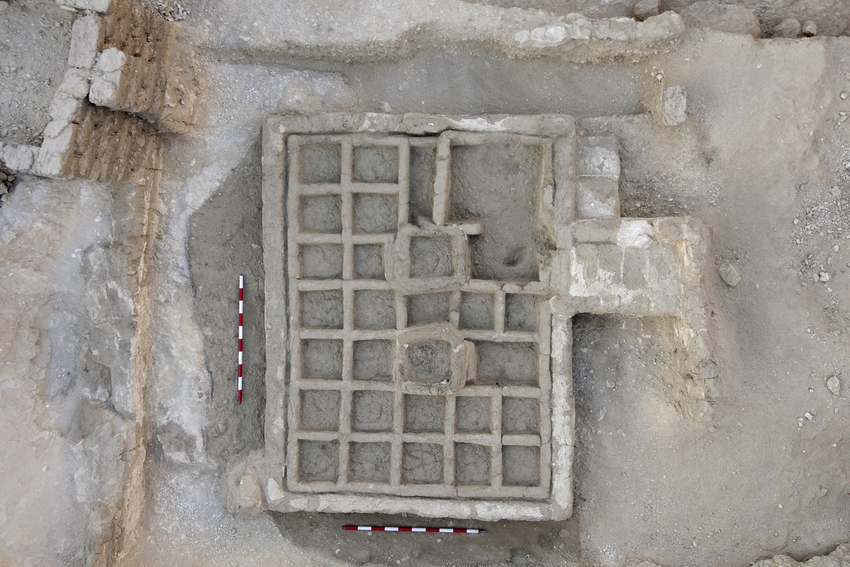 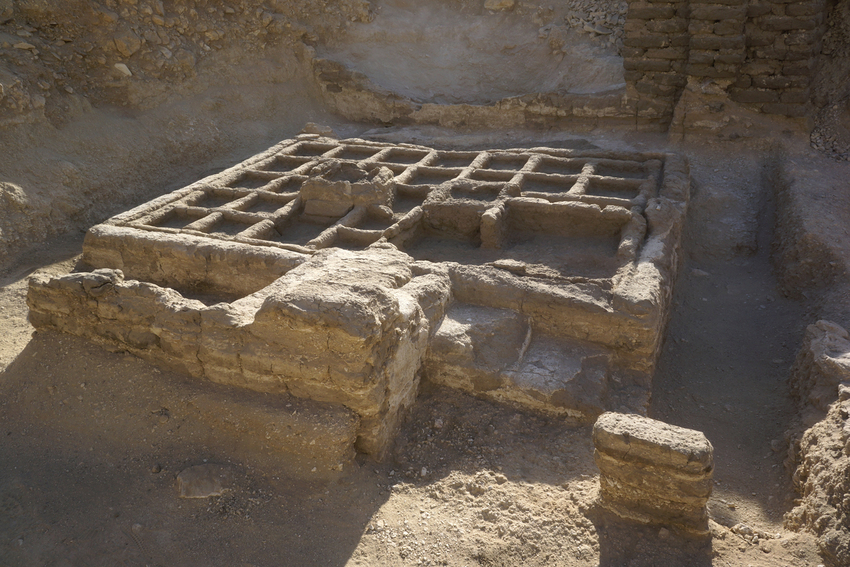 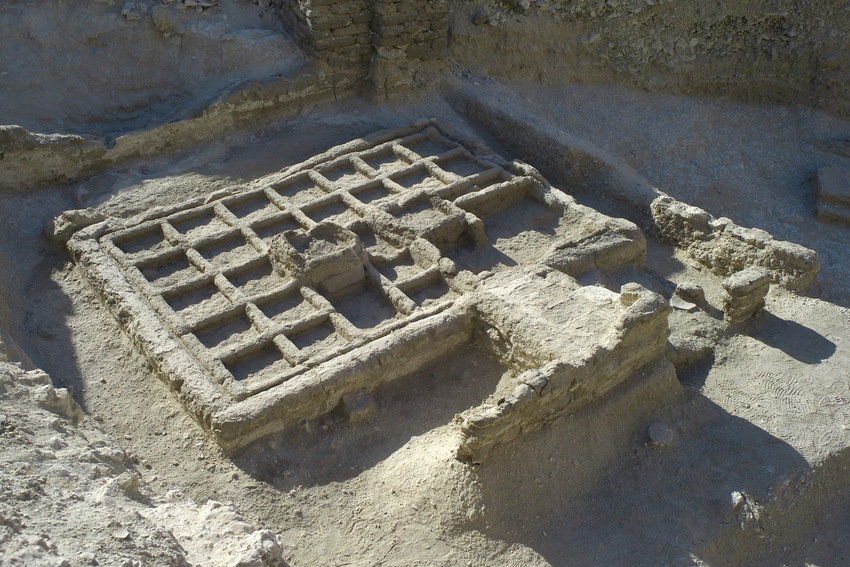 The process began with the scanning of the original garden carried out by the CSIC’s ‘Proyecto Djehuty’, a mission that has been exploring and excavating the Dra Abu el-Naga area since 2002, with this documentation conducted utilising LiDAR equipment in a collaboration with Leica Geosystems. Dated to circa. 2000 BCE, the dawn of the Twelfth Dynasty of Egypt, the mud-brick structure largely takes the form of a grid, composed of 23 squares of 30 x 30 cm, with several additional spaces alongside, as well as a small three-stepped staircase that allowed access for water-carriers tending to the plants located in the middle. Not only standing as an unprecedented example of an Egyptian garden of this type remaining to this day, the evidence of the dark, fertile soil and plant remains that have stood the test of time will shed light on the mysteries surrounding the purpose of such ritual gardens and the crops that were grown there. 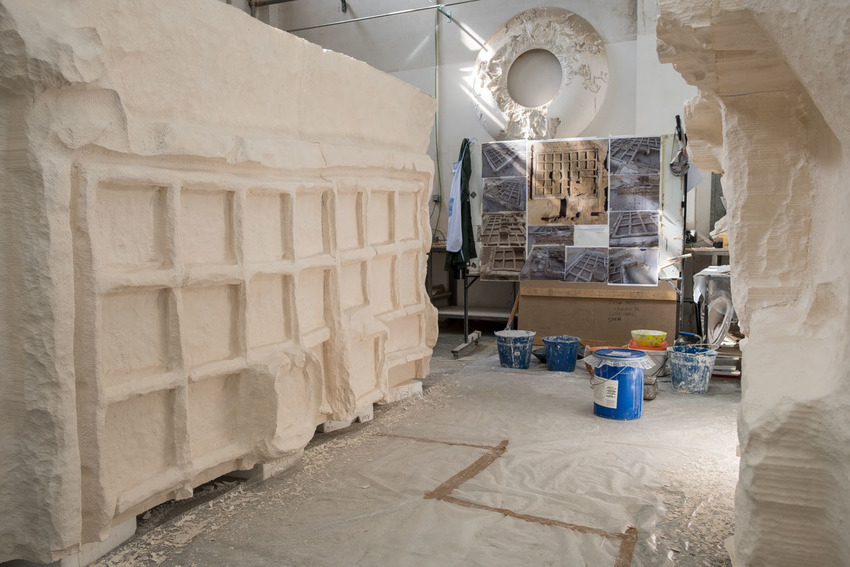 The original polyurethane base © Oak Taylor Smith for Factum Foundation 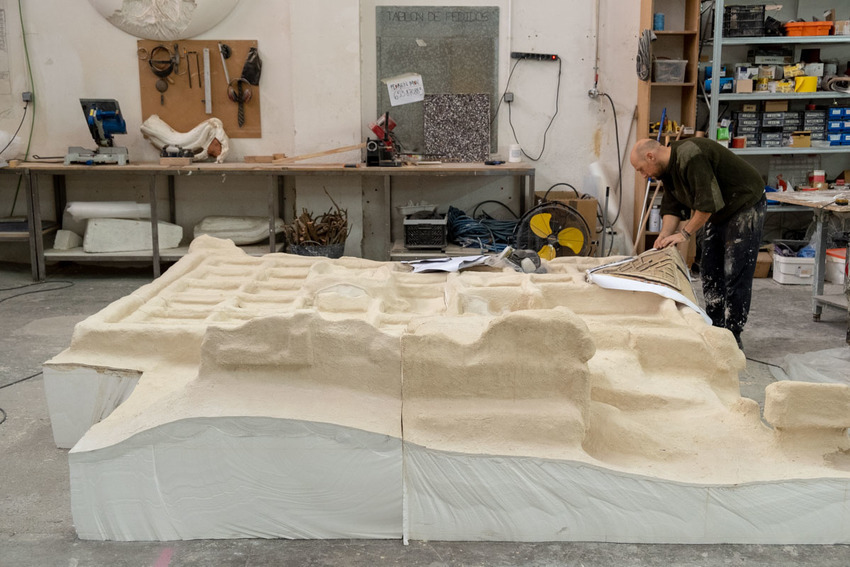 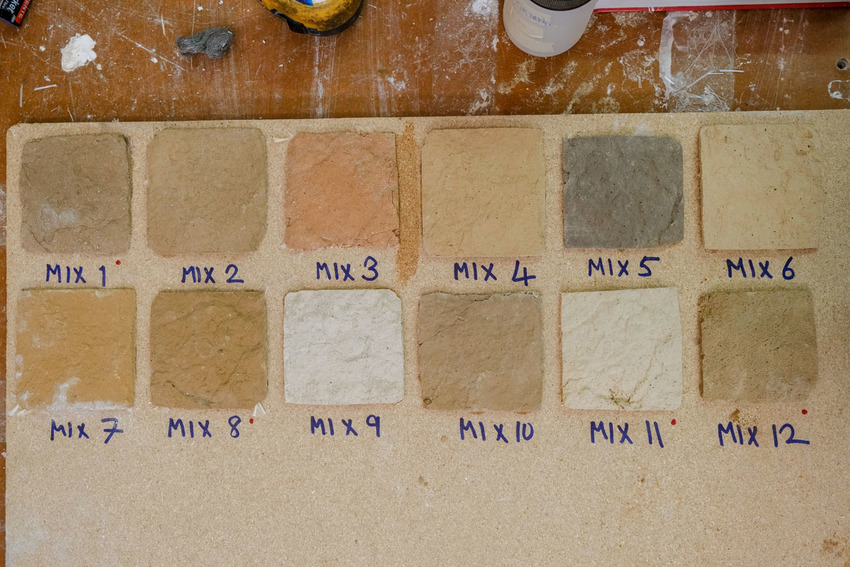 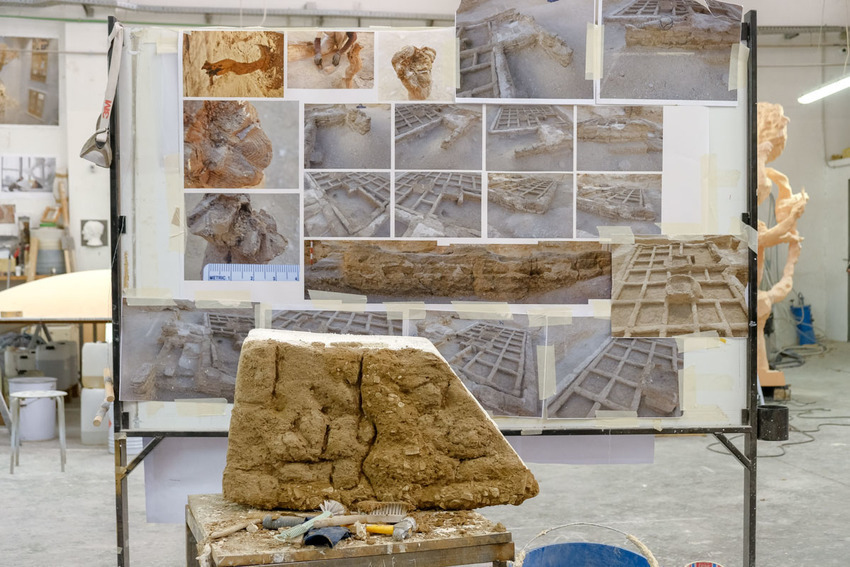 This data was materialised through a 3 axis CNC machine milling directly onto medium density polyurethane at a resolution of 200 microns and split into four separate sections to facilitate transportation from Madrid to Luxor. Working directly on top of the original routed polystyrene surface, the depths of the walls had to be exaggerated whilst the widths had to be reduced in order to facilitate the bulk of the fibreglass and resin that was to be placed on top. The fibreglass was applied in 4 layers and laminated using the non-toxic resin Acrylic One, which was in turn mixed together with sand to provide maximum resistance to the elements. Following this, the finer hand-crafted details of the walls, the individual squares, and the tree stump began to be sculpted utilizing the same resin alongside natural pigments; these were carefully matched with soil samples taken from the original garden in Luxor. All together, 6 different colour mixtures were incorporated in the facsimile’s construction to fully emulate the coarse, crumbling appearance of the original. 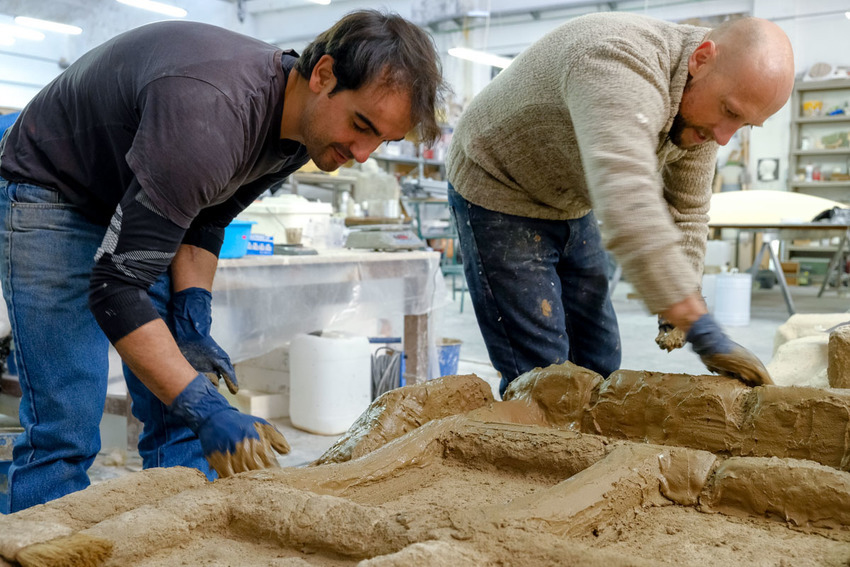 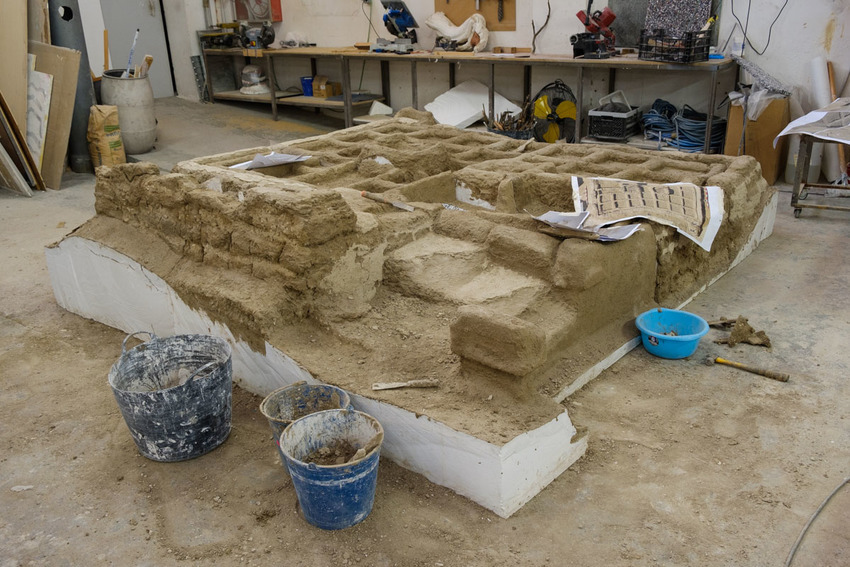 The garden under construction © Oak Taylor Smith for Factum Foundation 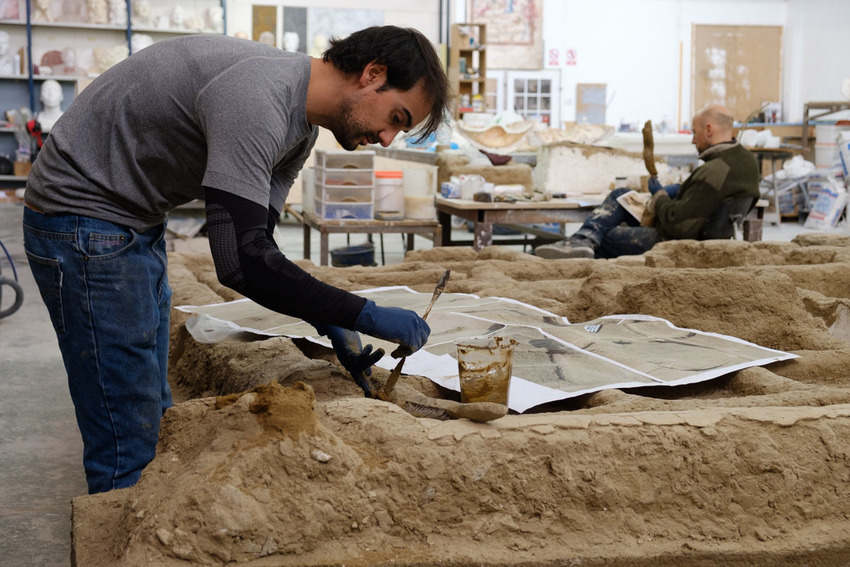 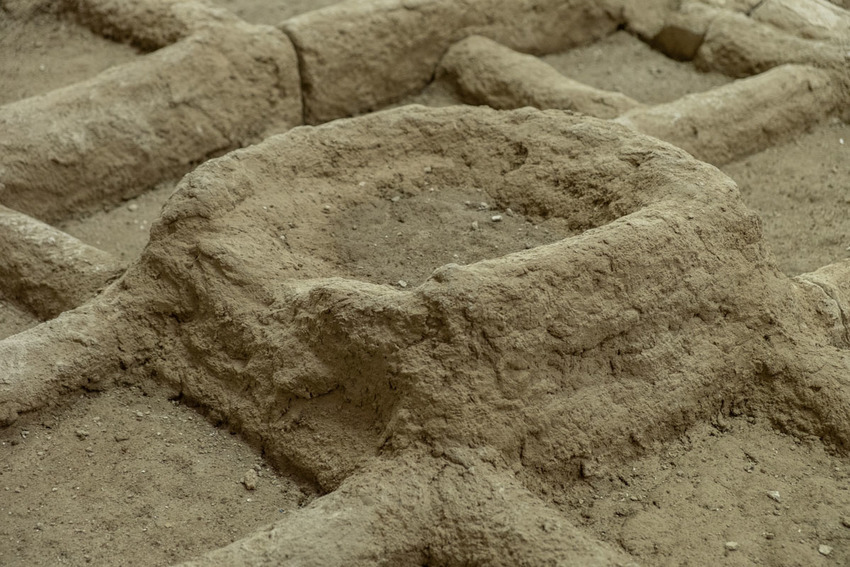 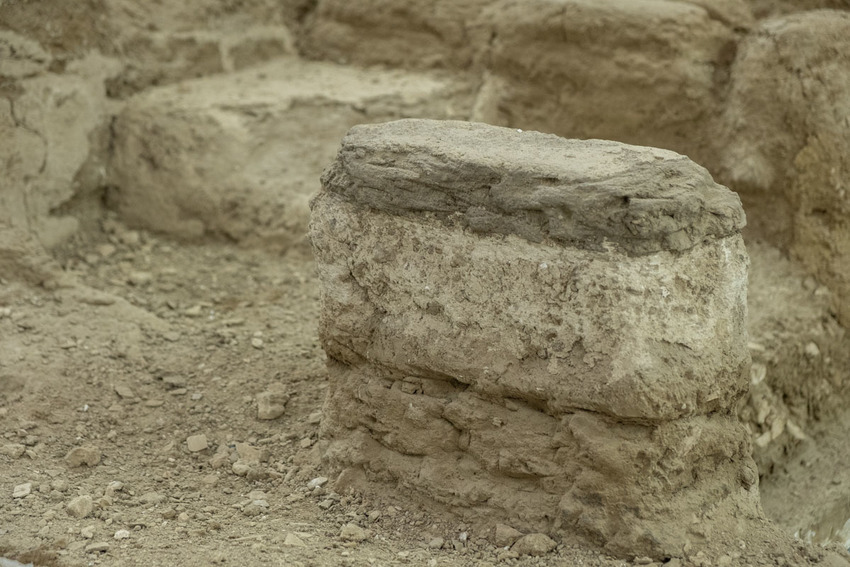 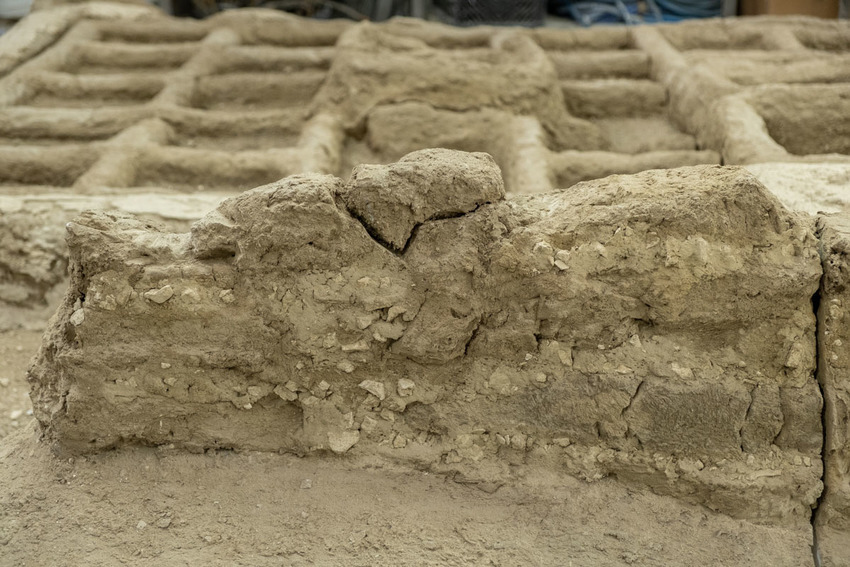 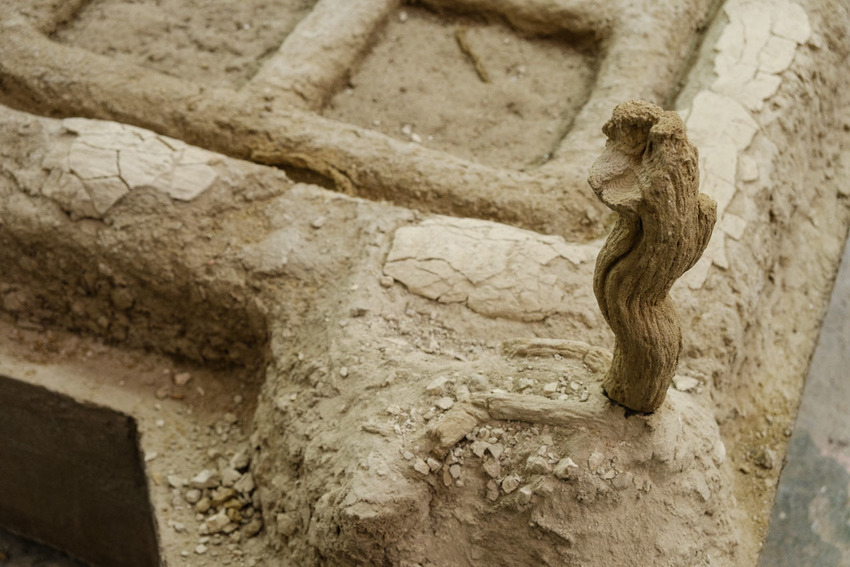 Between the end of January and the first days of February 2020, the facsimile of the Djehuty garden was installed in Luxor as part of the protective framework meant to preserve the fragile structure in the decades to come, aiding research over this fascinating structure. 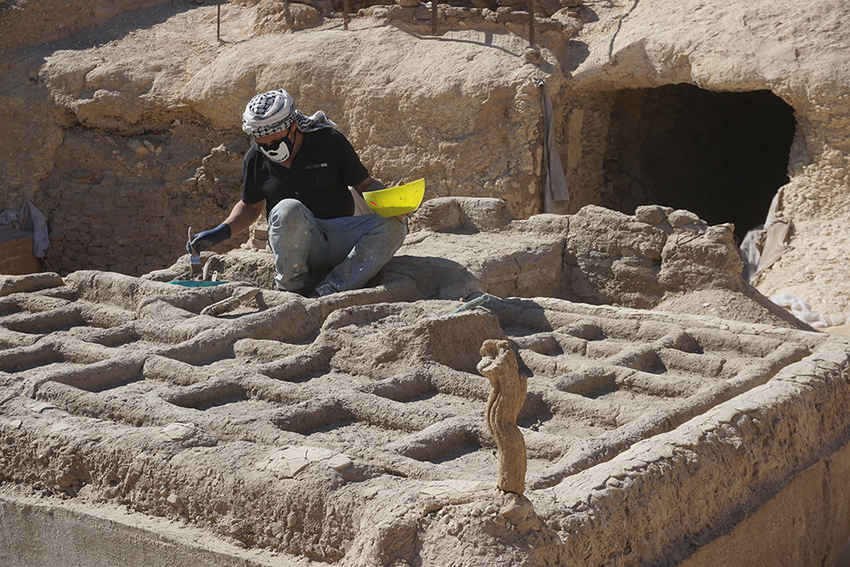 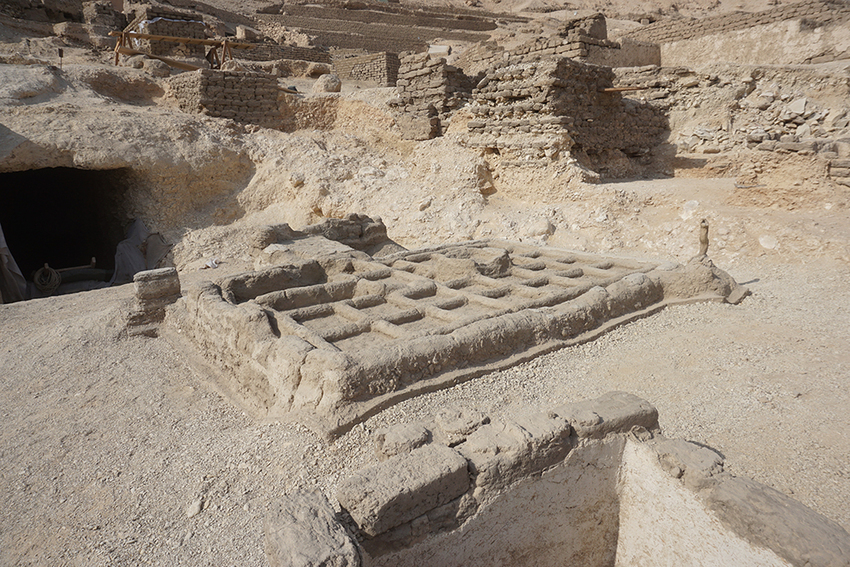 The facsimile after its installation © CSIC 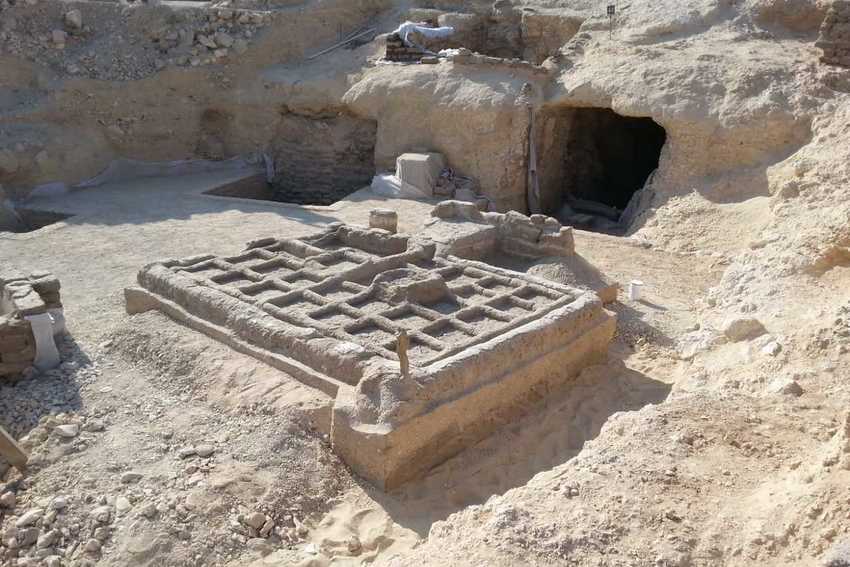