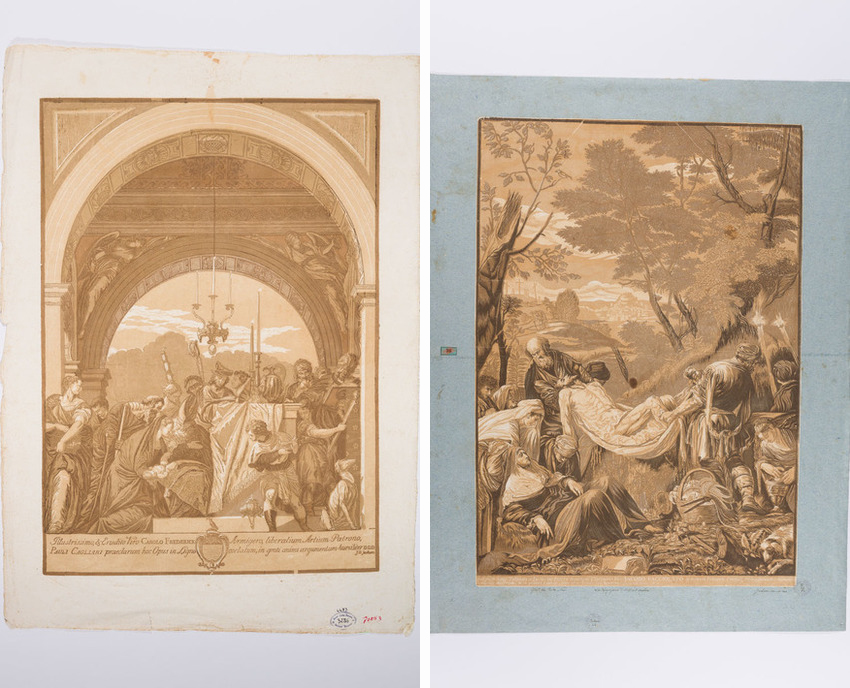 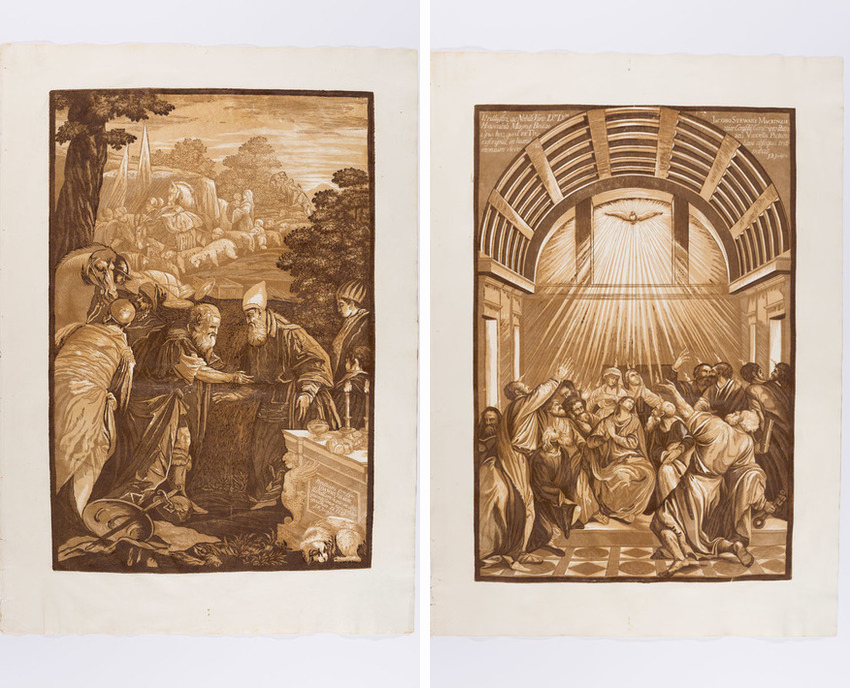 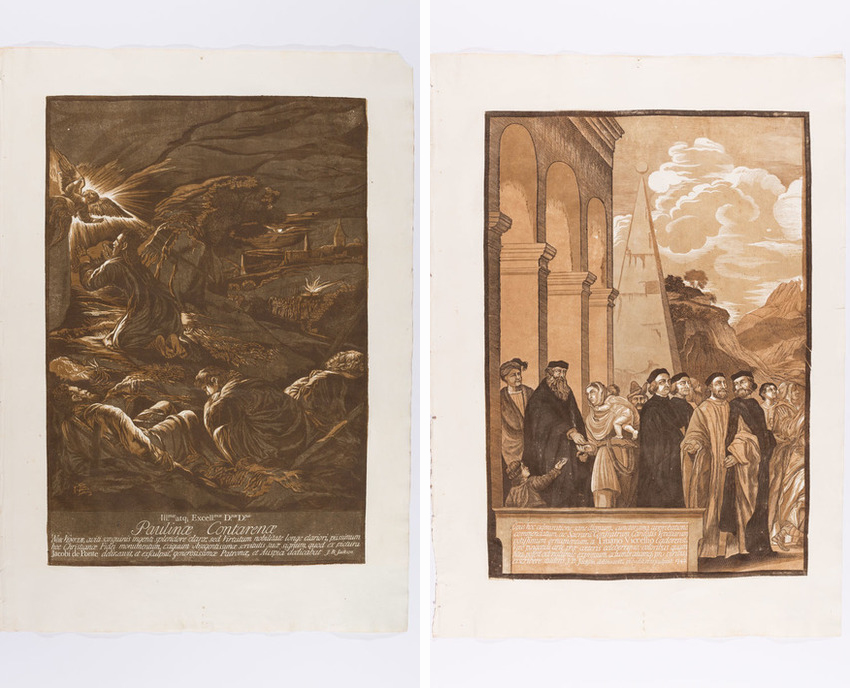 Palazzo Sturm in Bassano del Grappa has partnered with Factum Foundation to digitise and create new versions of a series of chiaroscuro woodcuts by John Baptist Jackson, a British artist and printmaker working in Italy in the 18th century.

The woodcuts form part of the Remondini Collection, which documents the illustrious history of the Remondini family of printmakers, active in Bassano del Grappa from the 17th to the 19th centuries. The collection focuses on print-making processes of the period and among other things comprises objects and documents relating to the production of books, decorated papers, religious and popular prints, games, optical illusions, etchings, and woodcuts.

John Baptist Jackson (1701-1780) was one of the most innovative printmakers of the 18th century, creating embossed prints using a rolling press of his own construction, and developing new oil-based inks for use in polychromatic prints. Amongst other experiments, he revived the Renaissance printing technique known as chiaroscuro, where the image is divided into several blocks that are then printed in different colours onto the same sheet of paper. This method gives a richer tonal range and a greater sense of depth than traditional wood stamping techniques.

Over the course of a week, Guendalina Damone from Lucida Lab Milano scanned the reliefs of 24 woodblocks from the collection with the Lucida 3D Scanner, a system specially designed by Manuel Franquelo in collaboration with Factum Foundation to record low-relief 3D data in high resolution.

In the same period, Oak Taylor-Smith photographed the corresponding chiaroscuro woodcuts at high-resolution. Other woodcuts at the Palazzo Sturm, part of the same series reproducing Venetian masterpieces, were also recorded in the same way. Amongst these was the Wedding at Cana by Venetian artist Paolo Veronese. Produced in 1740, the woodcut represents one of the most audacious experiments of the 18th-century engraving technique; its original reference point, Veronese’s painting, was also among the first paintings re-materialised by Factum Arte as a facsimile.

The images and 3D data have been processed and assembled into digital archives. 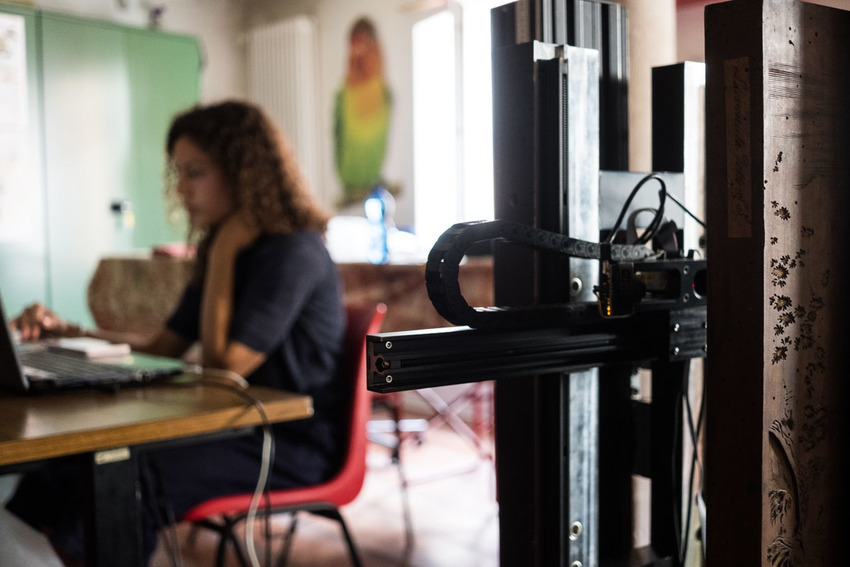 After scanning the woodblocks with the Lucida Scanner, Factum Foundation rematerialised them using contemporary technology, routing blocks of wood into the shapes of the originals using a CNC milling machine. While CNC milling is often regarded as an imprecise reproduction technology, Factum's milling experts are able to program CNC milling machines to rout in far greater detail than is usual, returning to the same surface multiple times with smaller and smaller drill heads to eliminate almost all of the ‘noise’ created by the drill. 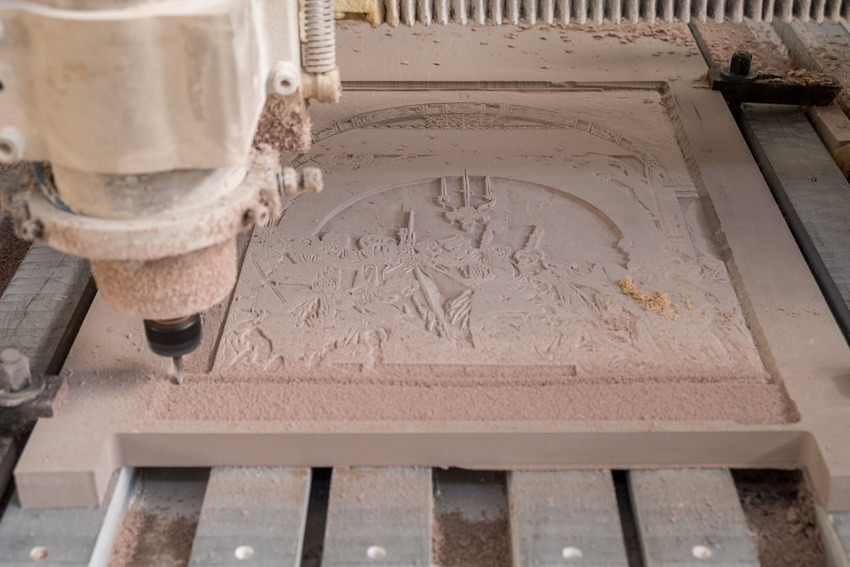 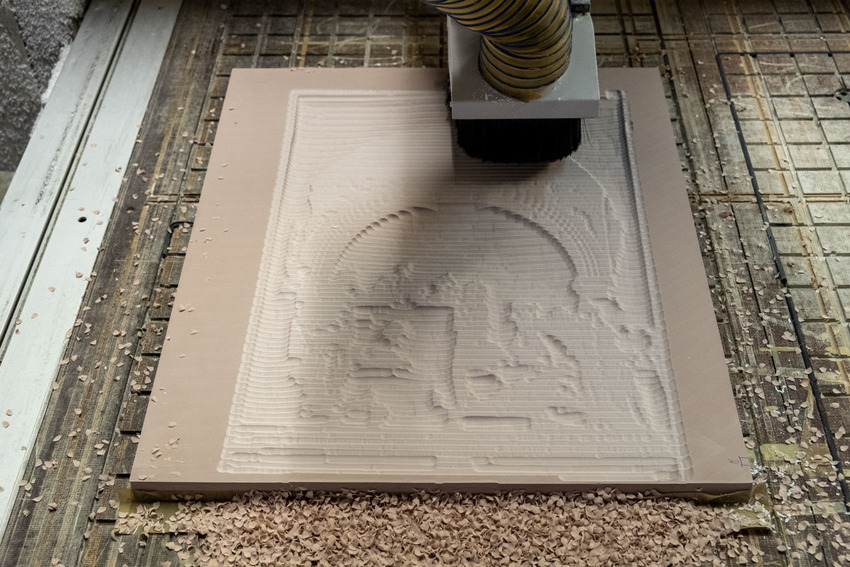 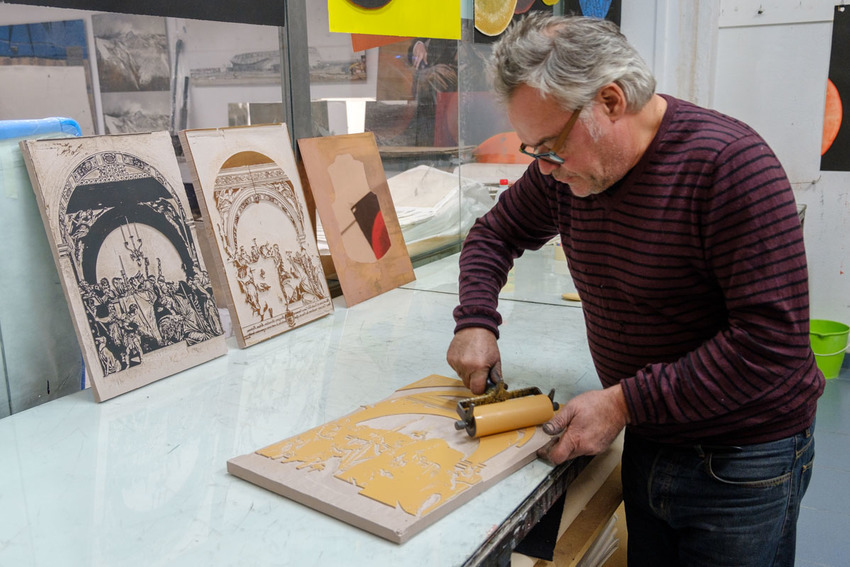 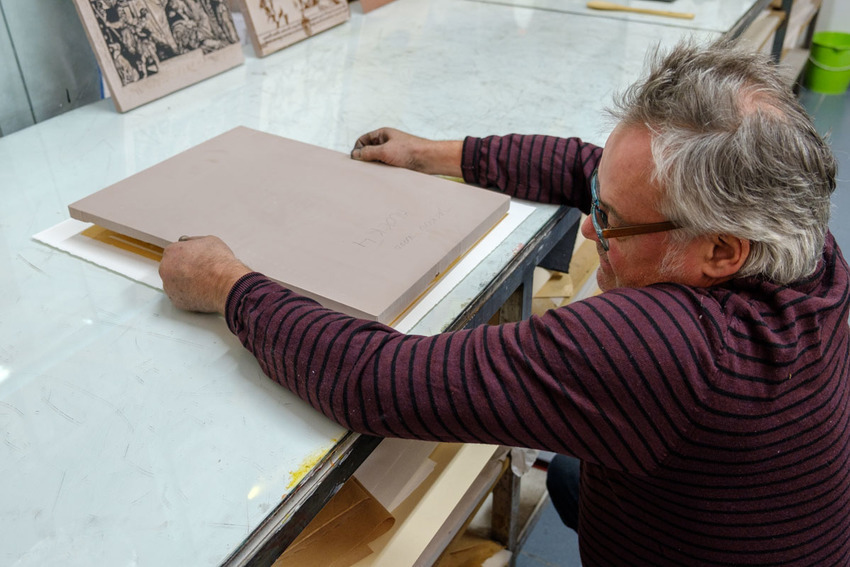 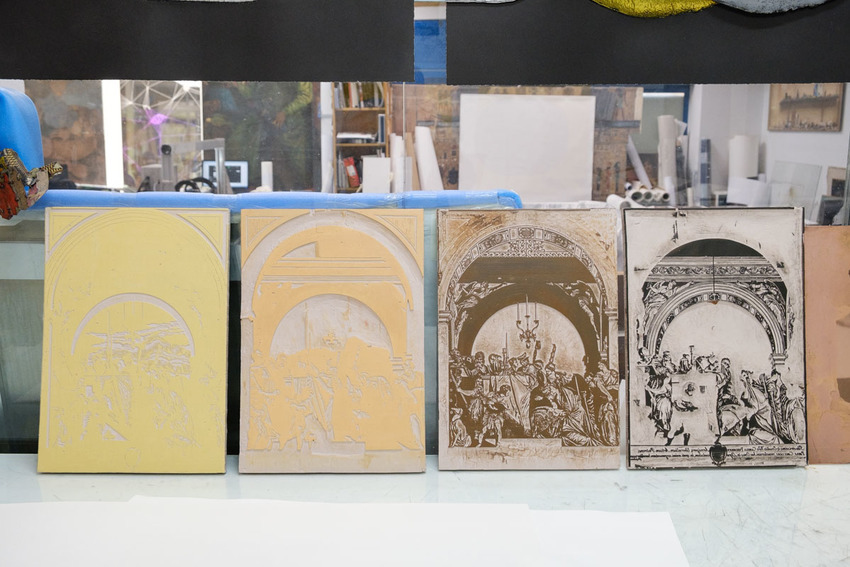 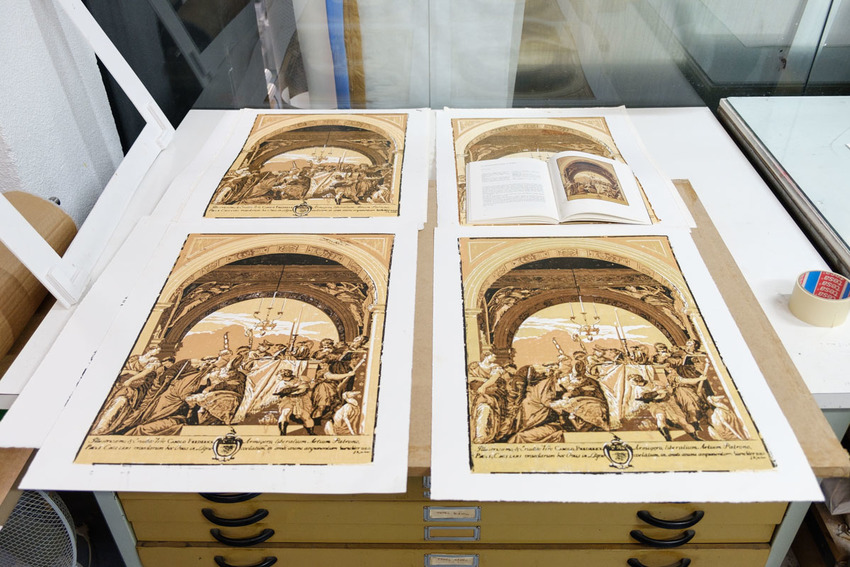 This work represents an opportunity to openly discuss the potential of new technologies for the dissemination of the collections at the Palazzo Sturm and to stimulate reconsideration of the display and presentation of objects that are not normally exhibited. 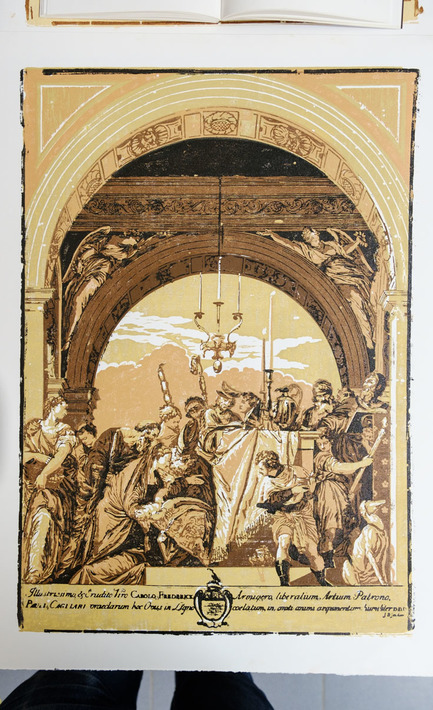 (The corresponding woodcuts are illustrated at the top of the page.) 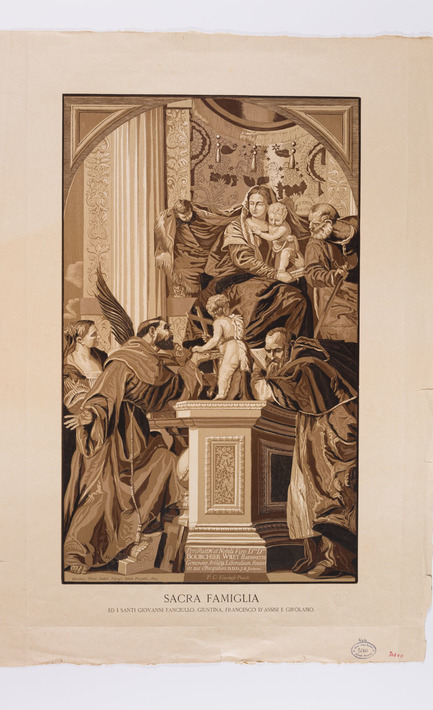 With thanks to Luigi Gollin from Palazzo Sturm and Roberto Dalle Nogare from the Museo Civico di Bassano del Grappa.