Conservation and Facsimile of Sorolla´s Lampshade

Factum Foundation produced a facsimile of a silk taffeta lampshade owned by Joaquín Sorolla and held at his house museum in Madrid. The facsimile of the 23 cm-width hand-painted fabric decorated with flower and bird motifs will protect the fragile original from further deterioration.

The poor conservation state of the original lampshade limited the possibility of restoring it and exhibiting it again. Exposure to ambient light and the overall dryness of the environment caused the discolouration of the silk, the warp and weft of the original to loosen, and the disintegration of the fringes after minimal manipulation. The facsimile will allow museum visitors to continue to see the object in its original location while the original is stored and preserved under optimal conditions. This is a clear example of the possibilities offered by digitization and facsimiles as facilitators of textile conservation. 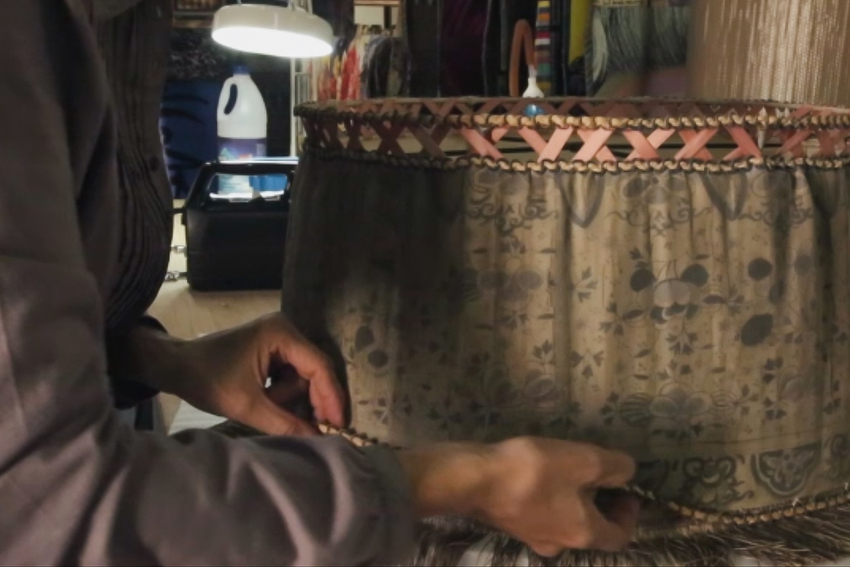 Dismounting the lamp shade to clean 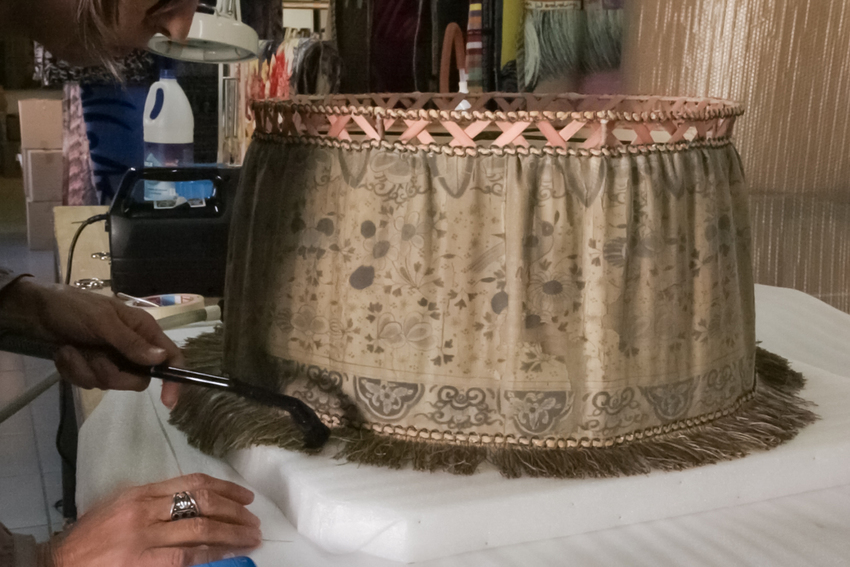 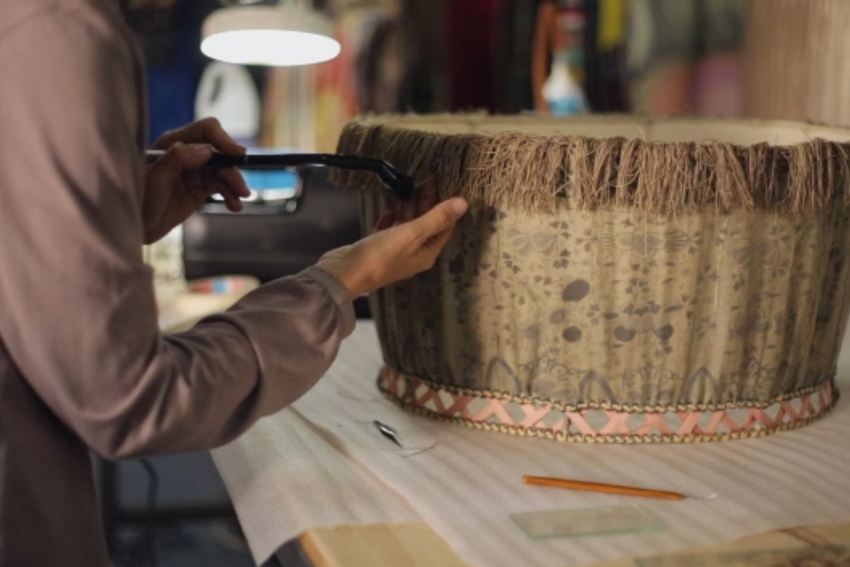 The processes of preserving the original tissue and making the facsimile were developed in parallel. The trimmings, fringe and encapsulated tissue were micro-vacuumed before dismantling the lampshade to eliminate dust accumulated on the surface of the fabric. The silk was dismantled and laid flat on a Melinex® sheet of 75 microns. Moisture was applied to increase plasticity and re-position the weft and warp threads and the layout of the fabric. 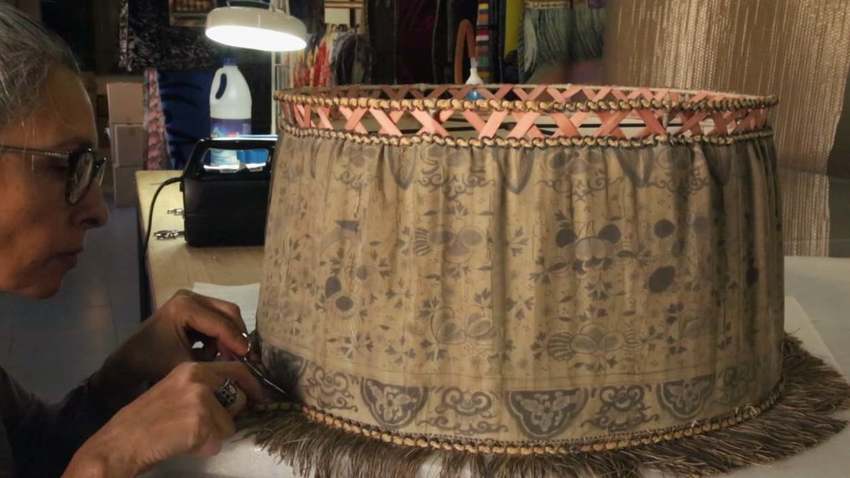 The original was digitized and stored in a flat sheet. The photographic information was processed to create a digital model of the fabric. The image was digitally restored by correcting discoloured areas and tears. The advantage of digital restoration is that it allows for a no-risk intervention on the original in the form of erroneous or excessive actions. 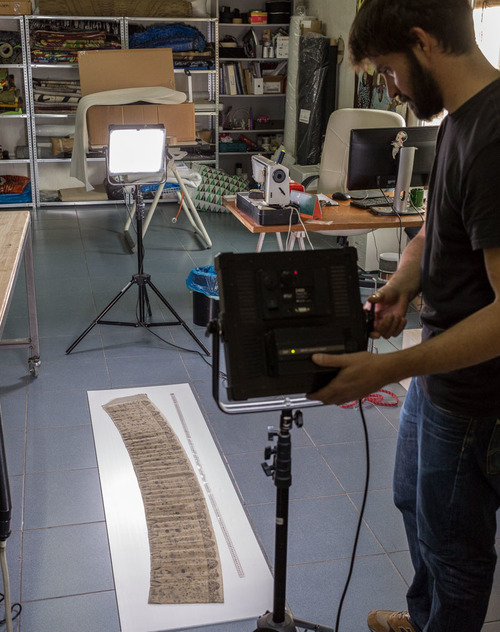 The image was printed on a polyester and cotton tissue, a material that creates an effect similar to the shine of aged silk of the original. It was printed on a special flatbed printer designed by Dwight Perry for Factum Arte following a process established by in-house textile conservator Isabel Fernández. Her team researched and developed a transparent base for ink-jet printing textiles. Numerous colour and texture tests were carried out to refine and control the fabric's ink absorption. 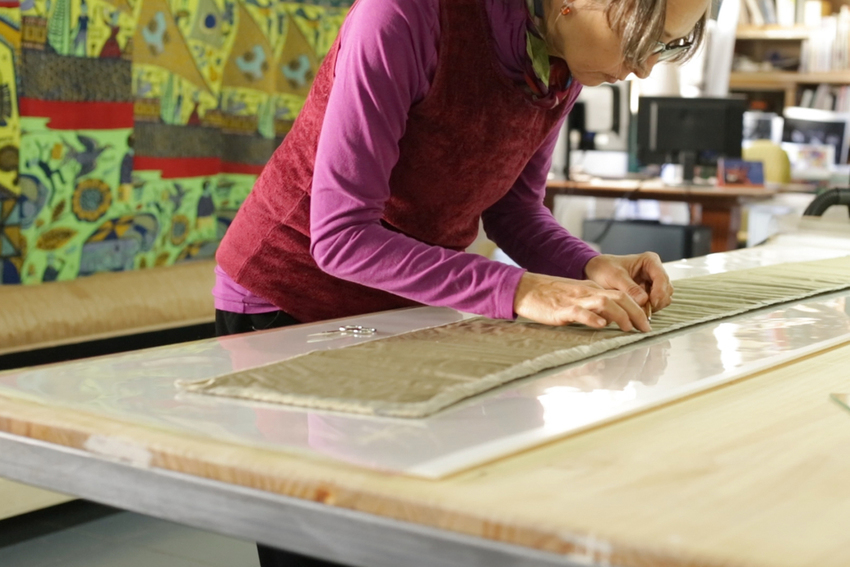 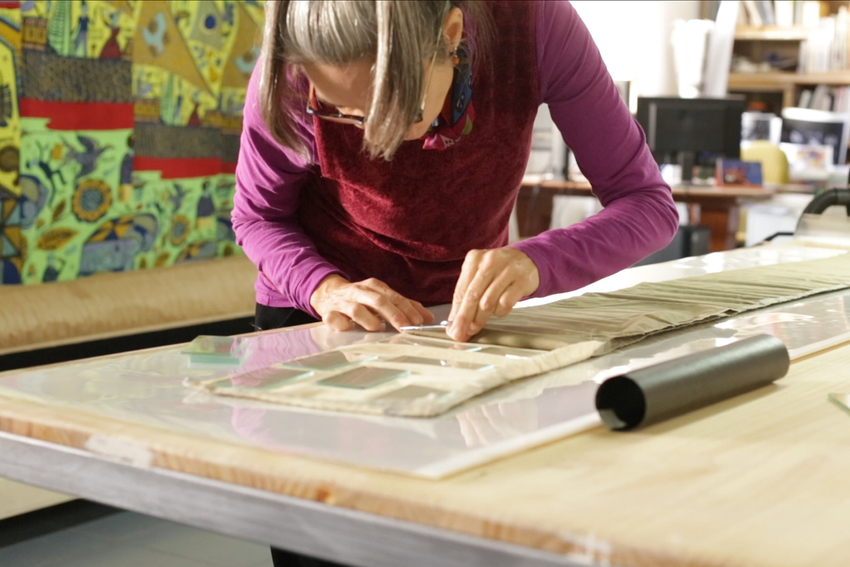 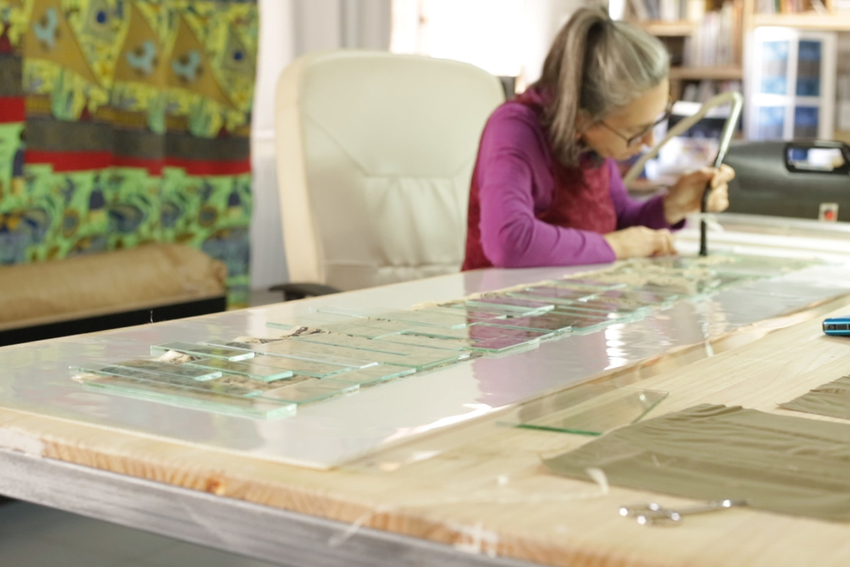 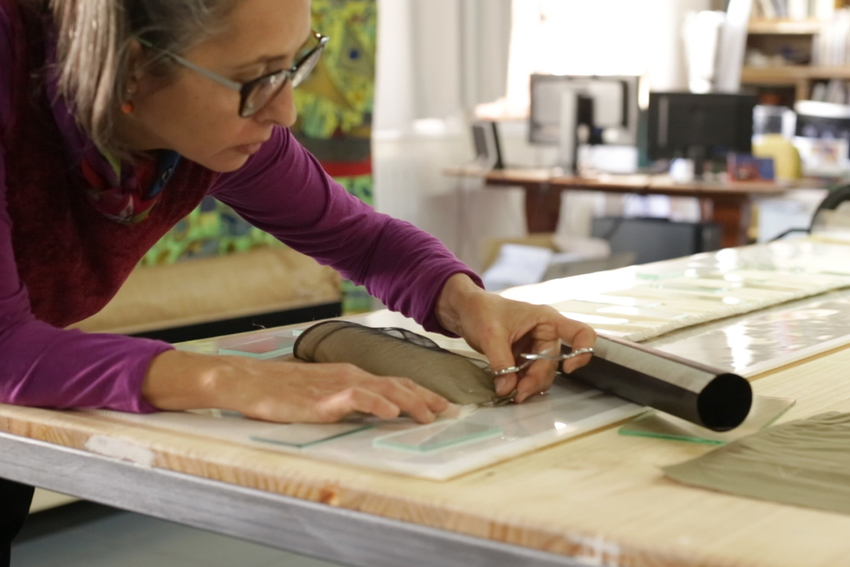 The printed silk was mounted and stitched to the structure of the original lampshade. The fringe was replaced and the original ribbons were added by hand. The original fringe and silk were stored in a conservation case. 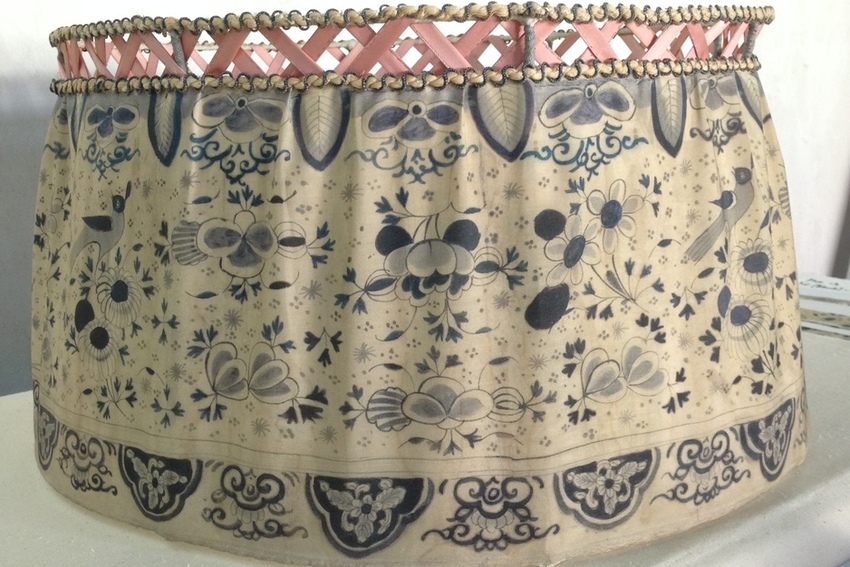 VIDEO
2018 Conservation and facsimile of a lampshade