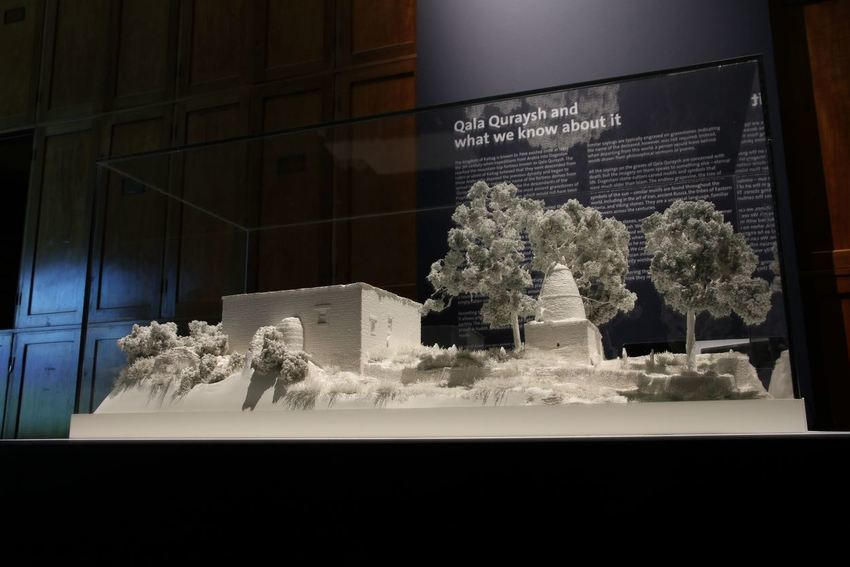 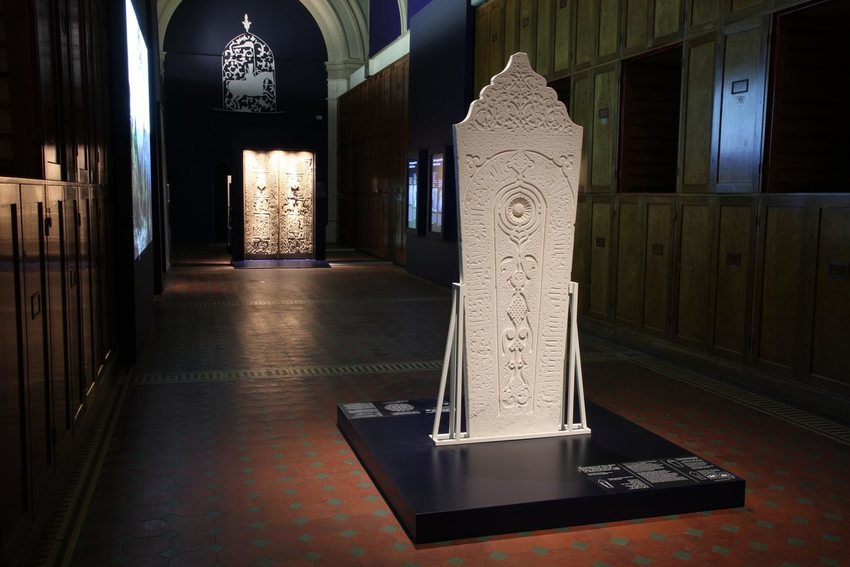 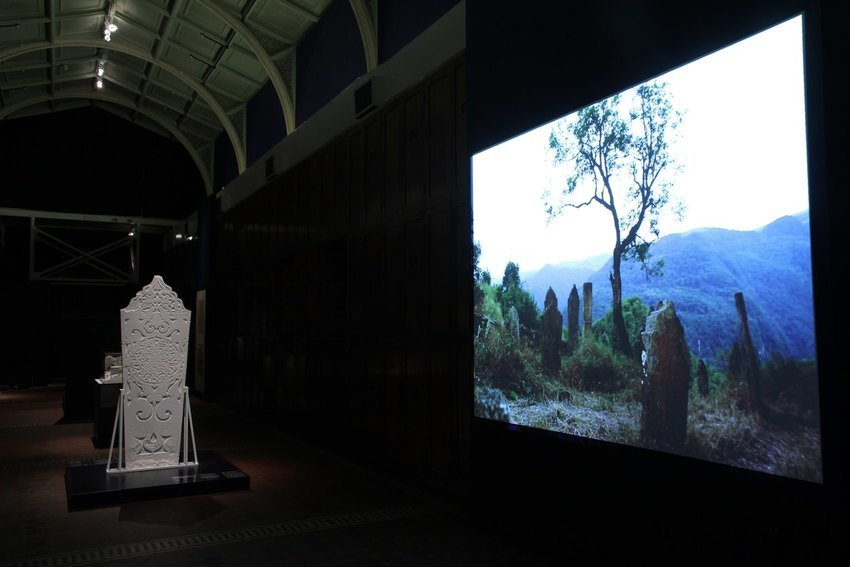 Still from a film of the Qala-Quraysh cemetry. On show at the V&A. 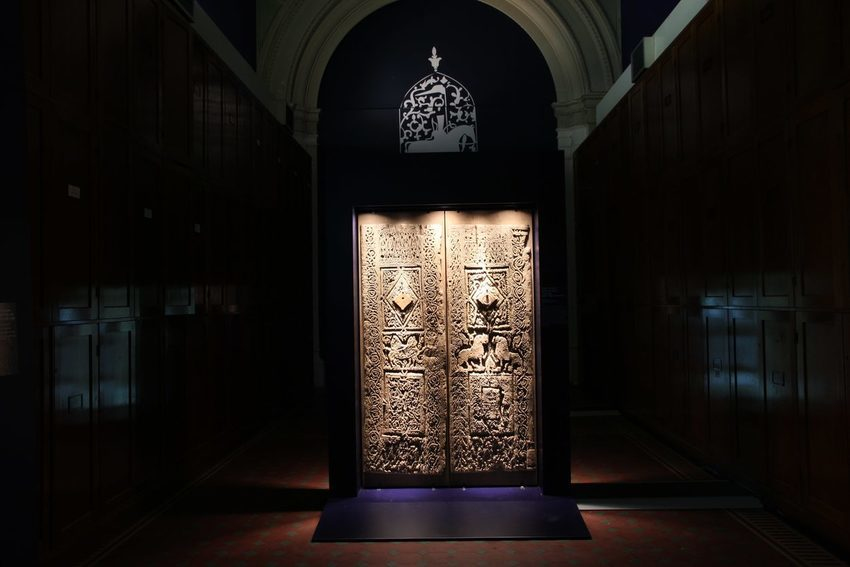 As part of a series of events linked to the third ReACH roundtable, the State Hermitage Museum in St. Petersburg hosted the exhibition Words of Stones: An experiment in reading and conveying the legacy of Qala Quraysh, the first ever at this world-famous institution to comprise only facsimile objects. The exhibition traces the history of Qala-Quraysh (also known as Kala-Koreysh), one of the oldest Islamic settlements in Dagestan, through the tombstones in the mosque cemetery.

The tombstones at Qala-Qoreysh, as well as the mosque doors, were recorded using photogrammetry in 2016 as part of an initiative between the Peri Foundation and Factum Foundation. The high-resolution 3D models were used to machine-rout two of the most important tombstones and a pair of doors from the mosque. These were shown at the Hermitage alongside multimedia and virtual reality installations. The exhibition was a synthesis of new technology with tradition, encouraging viewers to look deeply into the meaning of the inscriptions and ornamentation on the stones through the various data available. Most importantly perhaps, it revealed the great potential of non-contact recording, not just as a means of safeguarding, but as a way to disseminate our cultural heritage in new and interesting ways.

Words of Stones was organised by the Peri Foundation and curated by Ksenia Filatova. The exhibition was at the Hermitage in October 2017. It was later shown at the Victoria & Albert in London (8th December 2017 - 8th February 2018) coinciding with the sixth and final ReACH event.

Read more about the recording of Qala-Quraysh here.