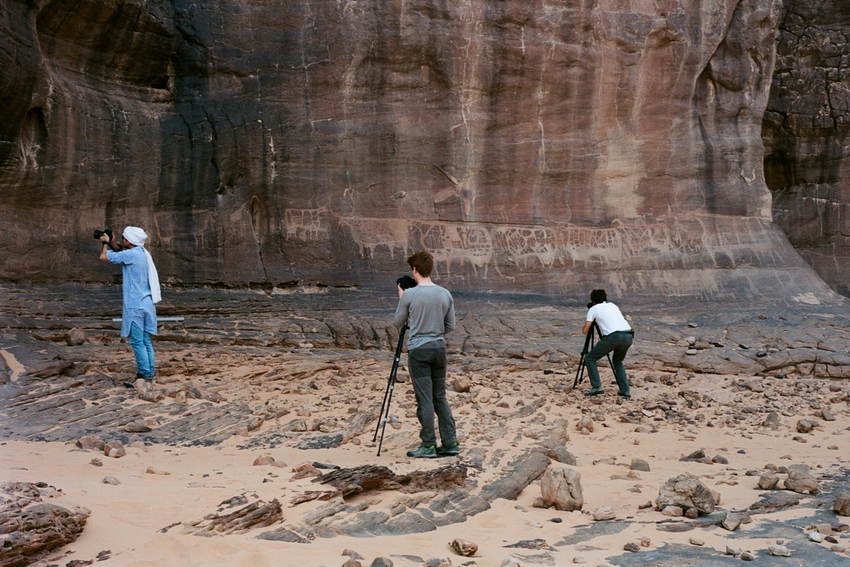 In November 2017, Factum Foundation continued its partnership with the Trust for African Rock Art (TARA) and the Societé de Voyages Sahariens (SVS) with an expedition to the Tibesti Mountains of Northern Chad. The aim of the project was to carry out 3D documentation of rock art sites, developing work begun in 2016 in the Ennedi region. Over a three-week period the expedition covered a total of 3948km, visiting sites in the regions of Ennedi and Borkou as well as Tibesti, the area that was the chief focus. TARA’s main objective for the trip was to promote awareness of the importance of Chad’s rock art heritage within the Chadian government. To this end, the project benefited from the participation and expertise of Professor Nangkara Clison, Chef de Département d’Histoire, Université N’Djamena; Abiatar Goi-Mbi, Directeur du Patrimonie Culturelle des Archives Nationales et de la Documentation; and Ahmed Oumouss, Directeur du Centre National du Patrimonie Rupestre Maroc. Cataloguing and geo-location of the sites carried out by this team provided vital contextual information for Factum Foundation’s work.

Factum Foundation's work was made possible by the generous support of Jason Whittle.

TARA's work was made possible by the generous support of National Geographic and the US Ambassador's Fund for Cultural Preservation.

Where the landscape of Ennedi is formed of a sandstone massif, Tibesti is the result of volcanic activity caused by the pulling apart of the ancient supercontinent of Pangaea. This movement forced ruptures in the centre of the African tectonic plate, releasing the magma that went on to form the volcanoes of Toussidé, Trou au Natron, Tarso Voon and – the highest point in the Sahara at 3445m – Emi Koussi. Precipitation in this network of volcanic mountains fed into the paleolake Mega-Chad, which peaked around 5000 BC but is now reduced to a fraction of its former size as present-day Lake Chad in the southwest of the country. Testament to this ancient lake can be seen in the form depictions of boats at the site of Tohil, in the region of Borkou. 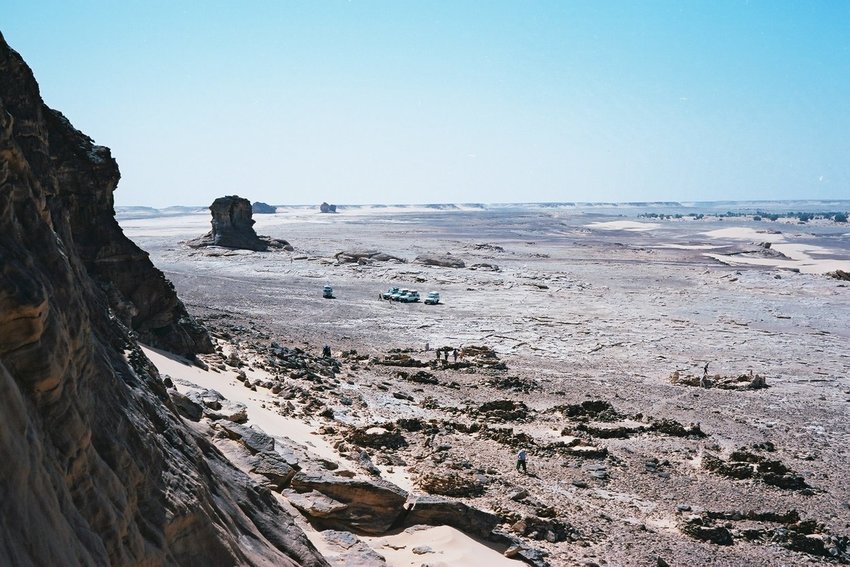 These striking natural features were the spectacular backdrop to a number of periods of human activity. As represented by the rock art, they range from approximately 7000 BC to the present day. Each epoch is distinguished by the unique artistic styles of its peoples: from large and lifelike depictions of the now vanished wildlife that was once supported by the radically different climate of the Mesolithic period, through the paintings and engravings of the pastoralists in the cattle period and concluding in the camel period - named for the animal that was (and still is) the signature of the nomadic peoples that have inhabited the region for the past two thousand years. At many sites in Tibesti each of these different styles are in evidence, sometimes even occurring within the same rock art panel.

Chad’s more recent history - scarred as it is by violence - is also represented: at some sites bullet casings are interspersed with Neolithic potsherds and grindstones, others are difficult to access as a result of the extensive planting of landmines. Furthermore, Chad’s current geo-political status is far more of a present factor than in the less economically important area of Ennedi, with routes used by the expedition to access rock art sites shared by traders bringing people and goods to and from neighbouring Libya. These issues bring to light the difficulty of conservation in such a remote area, one that has historically been the site of much conflict.

To reach Tibesti, the team travelled through some of the areas of Ennedi that were covered in the previous years expedition, revisiting the important network of cave sites that make up Gaora Hallagana. A new and impressively situated site not visited in November 2017 was Bischegara, which featured a similar painting to that found at Grande Reparo with elegant camels in flight. 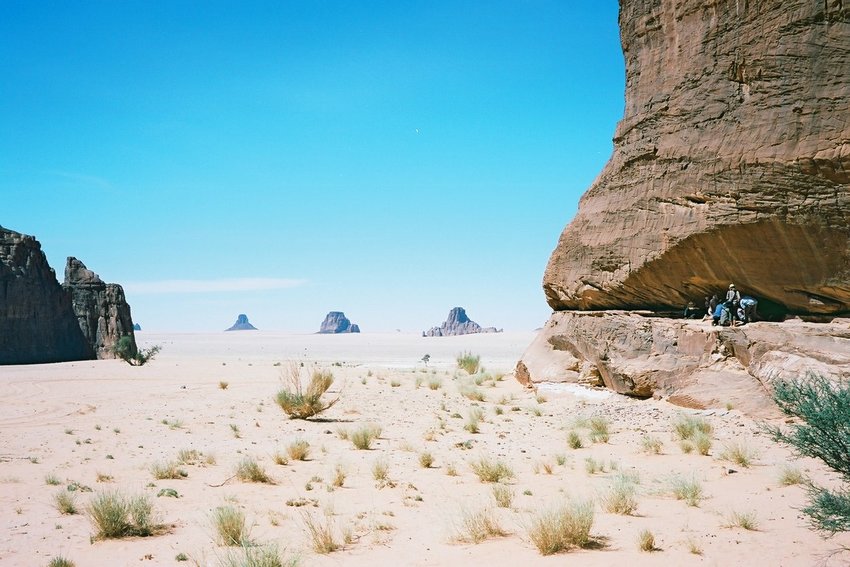 Niola Ajoos is a remarkable recently discovered site featuring five (four large, one small) carved cattle. Located not far from an important regional oasis, it indicates that there are still many spectacular rock art sites to be discovered in northern Chad. Furthermore, since this site is accessible by car it demonstrates that it may be possible to find undiscovered sites without recourse to camel-mounted exploration in less accessible areas.

Tougoui Tongour is an extensive and heavily eroded ridge that is the home of numerous rock art sites, of which 'Les Grandes Vaches' is easily the most extraordinary. The site features multiple cows, each with strikingly individual patterned markings, alongside which are depictions of human figures carrying spears who, in some examples, are contained within the bodies of the cattle. Centrally placed in the sequence is a muscular and powerful bull that seems to command the rocky outcrop. 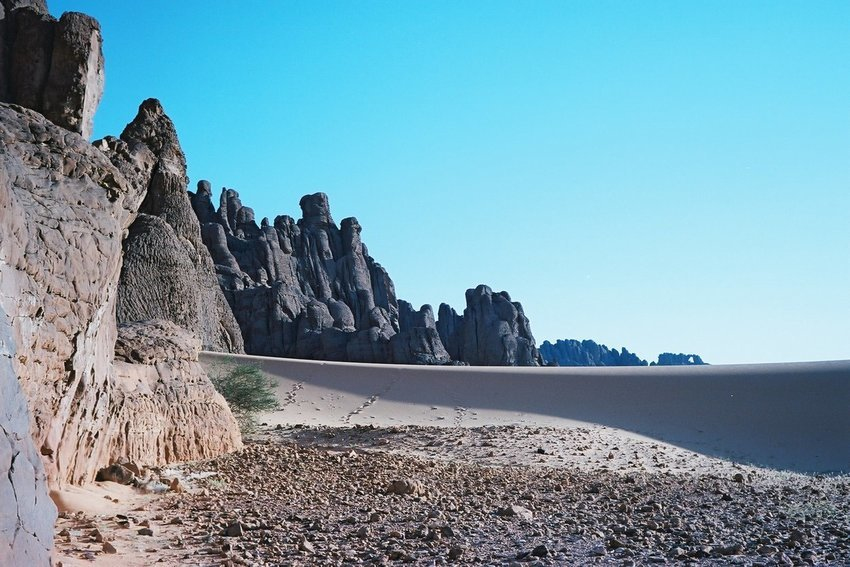 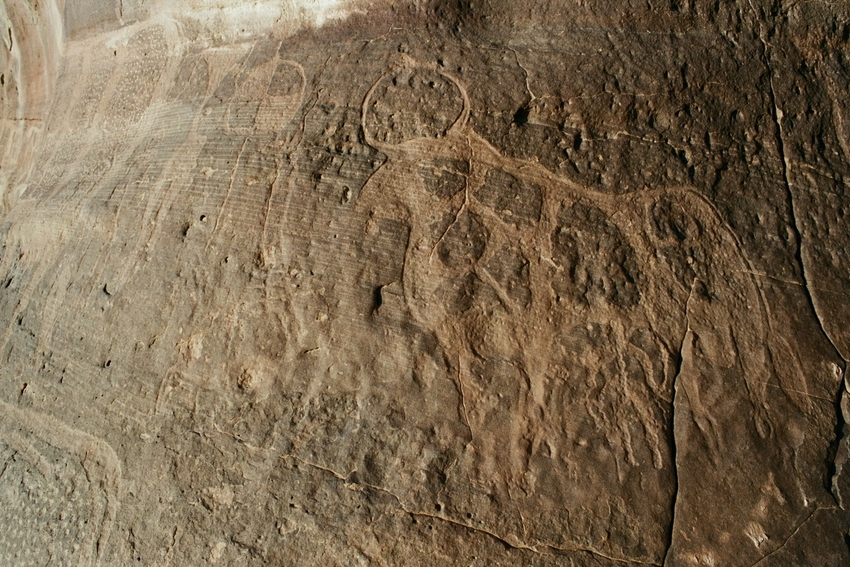 Tigi Piton ranks with Niola Doa as one of the most impressive natural settings for a rock art site. Engraved onto a shorn-off rock face underneath a towering spire of sandstone, the slightly smaller than life-size depiction of an elephant watches over the valley below. The data recorded was processed then CNC-milled at a reduced scale on a sheet of alabaster. 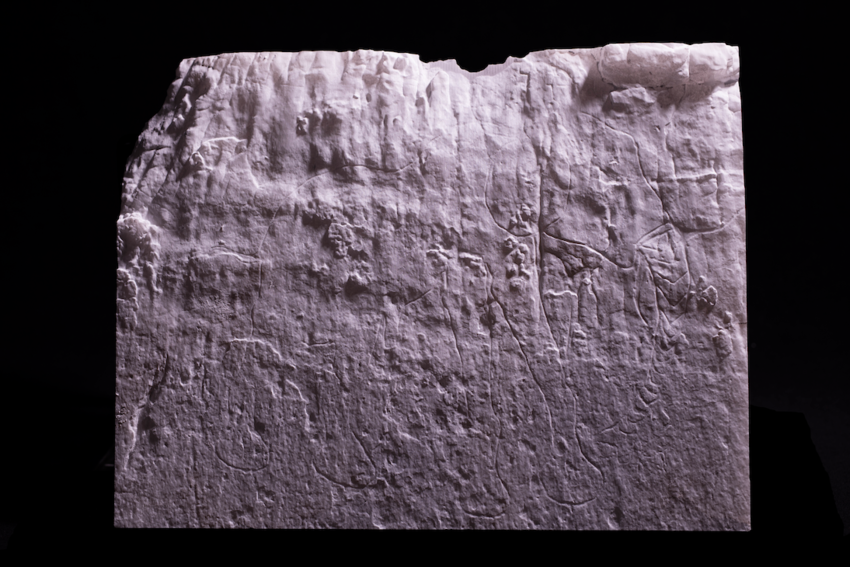