The Marbles of St. Mark's Basilica
In partnership with the University of Geneva 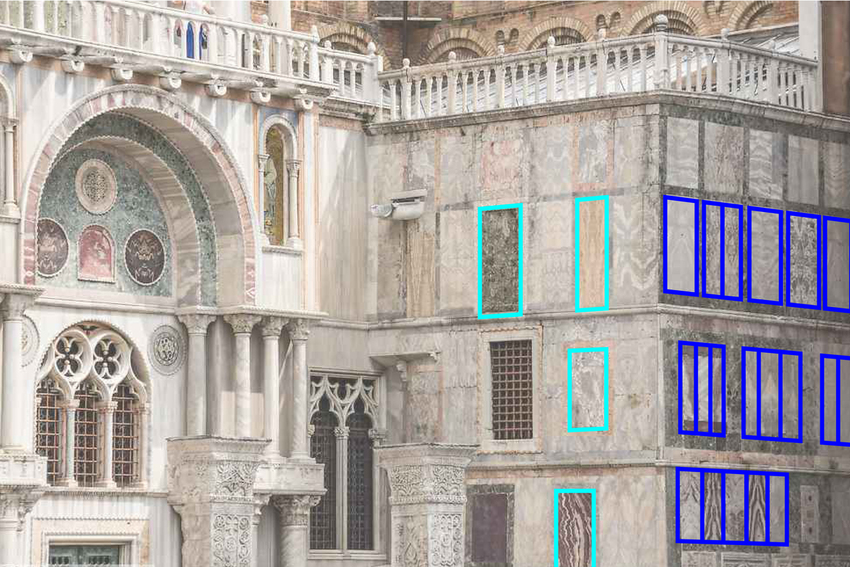 Students from Columbia University´s graduate course Preservation Technology assisted Factum Foundation´s Pedro Miró and Otto Lowe record in high-resolution 3D the marble panels from the South and West walls of the Basilica. The surface of the trophy wall of St. Mark´s Basilica in Venice. This complex surface was digitized with photogrammetry as part of a research project about the aesthetics of marble. More than five thousand photographs were taken of the two walls. 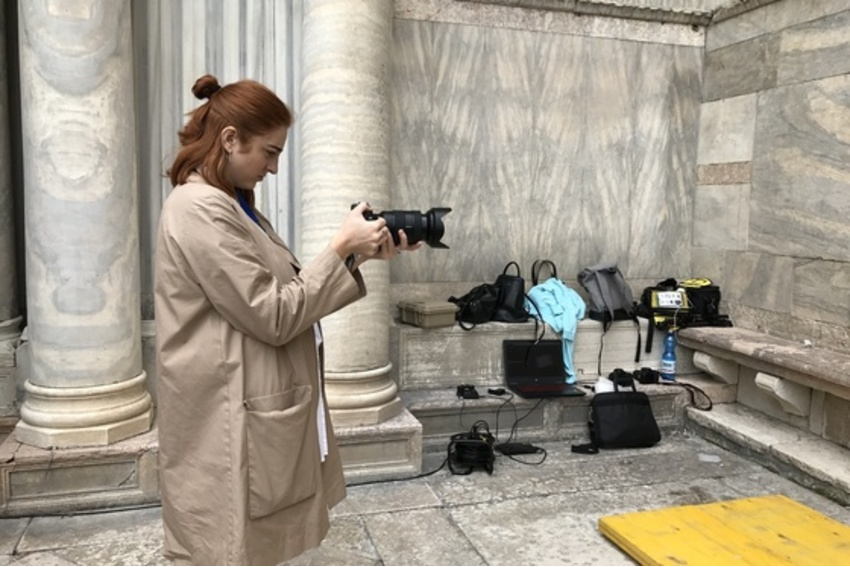 Students carried out photogrammetric recording of the marble panels 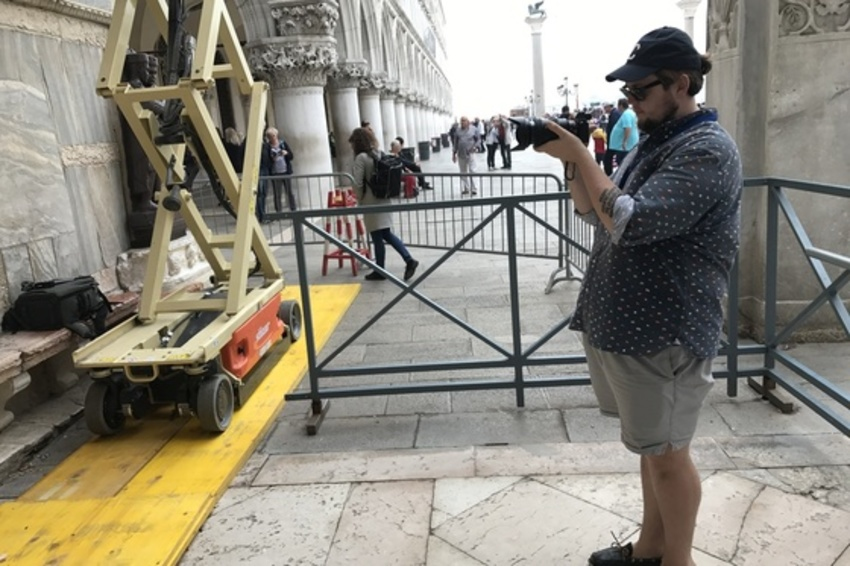 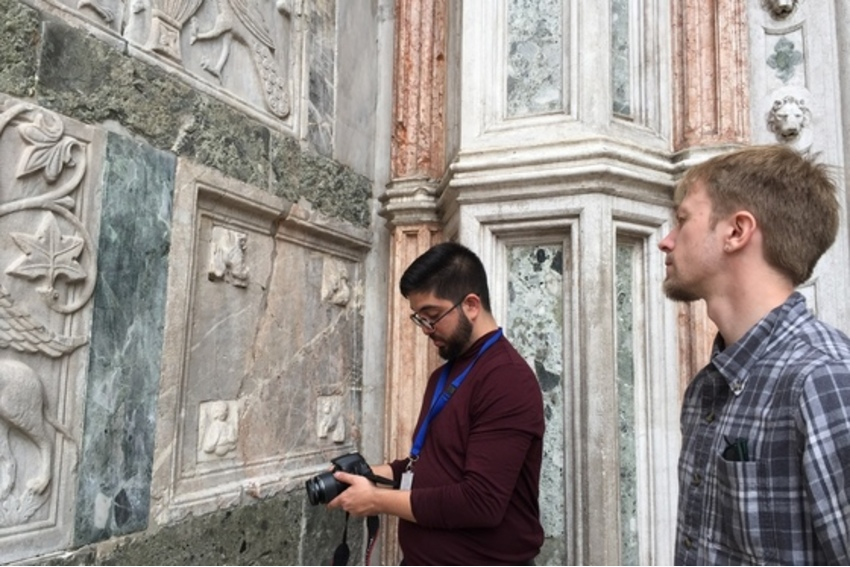 The marbles add a symbolic layer of meaning to the facade of St Mark Basilica. The slabs, formed with materials taken from Constantinople, were positioned to draw attention and significance to their location. Each colour carried political or liturgical connotations that visitors could recognize within the interior and the exterior of the space. For instance, green, black and white marbles, used to cover slabs and column shafts of the facade were traditionally associated with imperial sarcophagi. 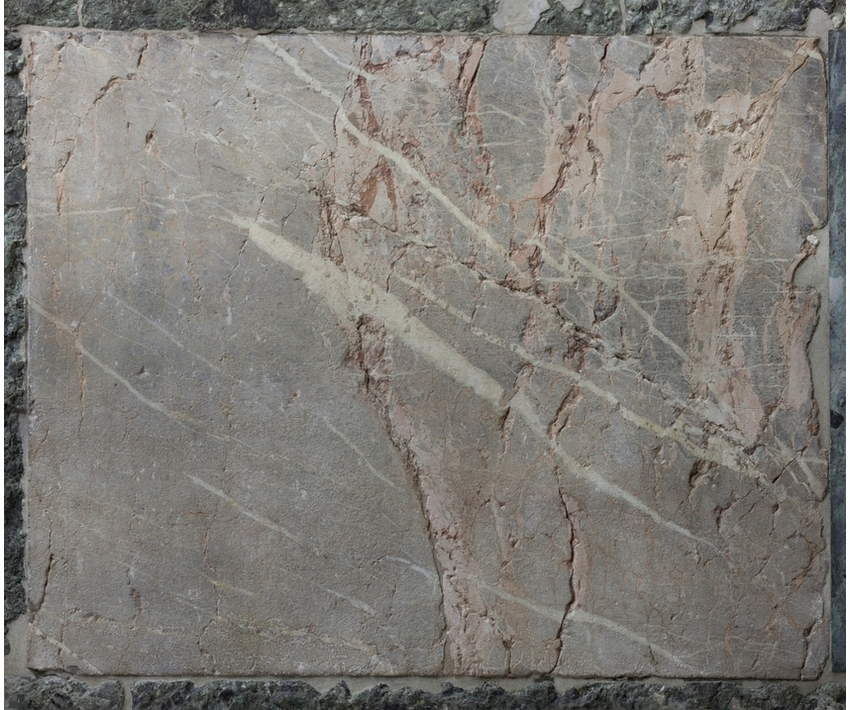 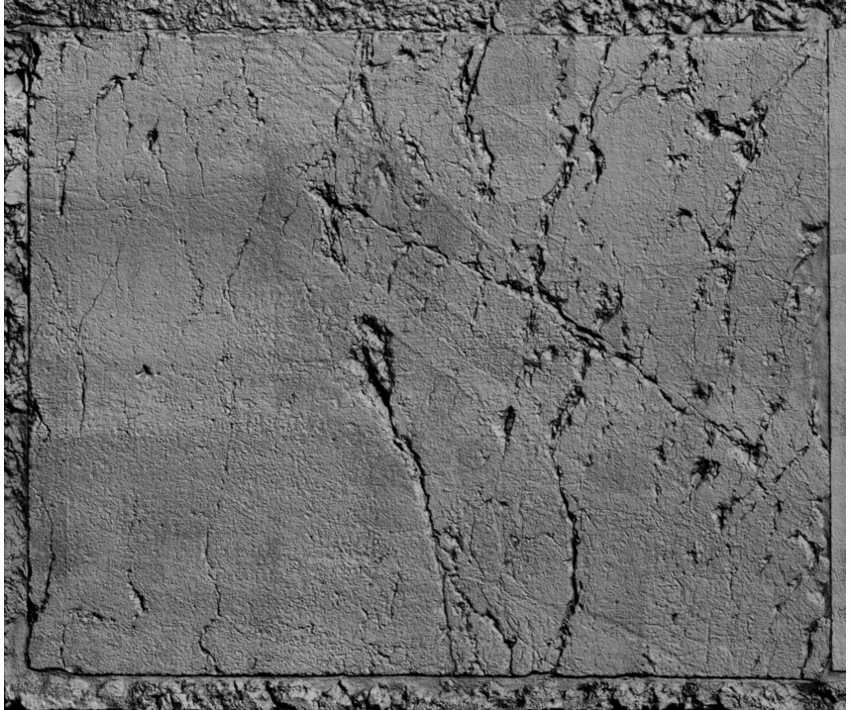 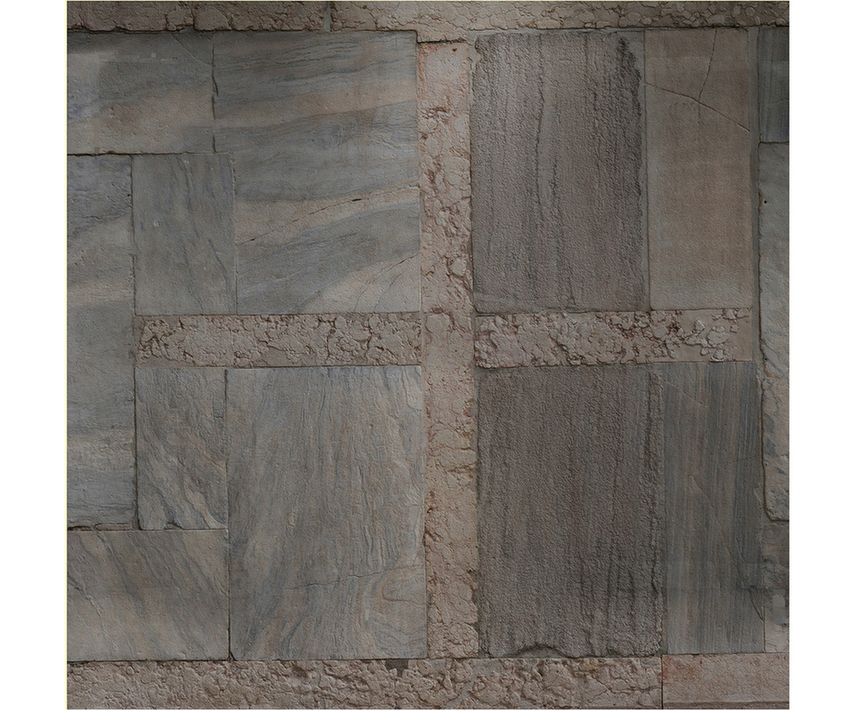 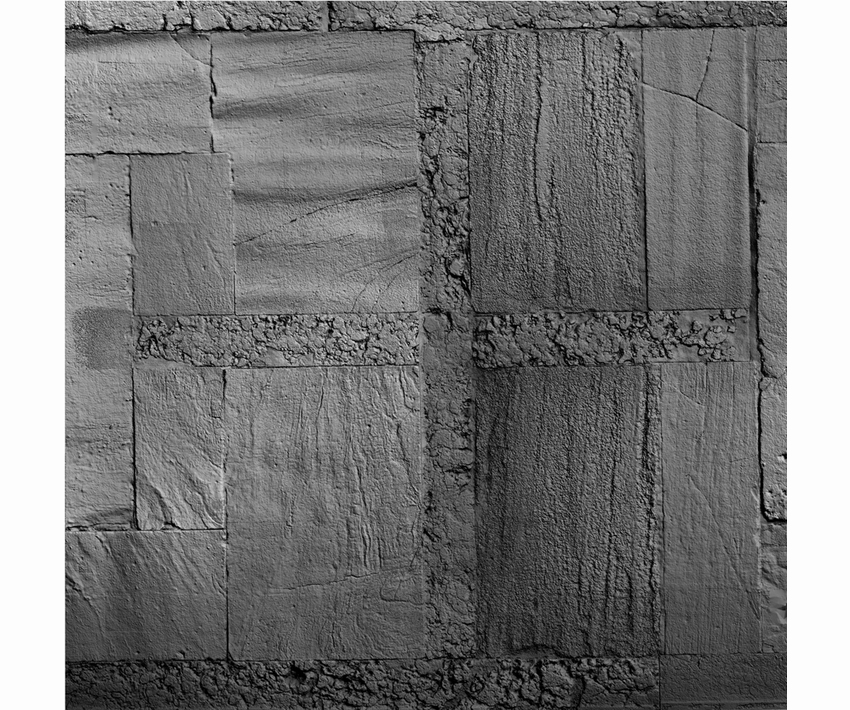 The students continued their training at the Institute of Art History at the Fondazione Cini. They recorded a selection of paintings, sculptures and architectural elements from the collection in 3D and colour. The foundation will use this information to monitor the condition of these artworks and for dissemination.

The students practised different recording techniques including scanning and photogrammetric photography. Factum Arte´s Carlos Bayod explained the uses and advantages of each recording system and demonstrated the applications and specificities of Manuel Franquelo´s Lucida 3D Scanner. 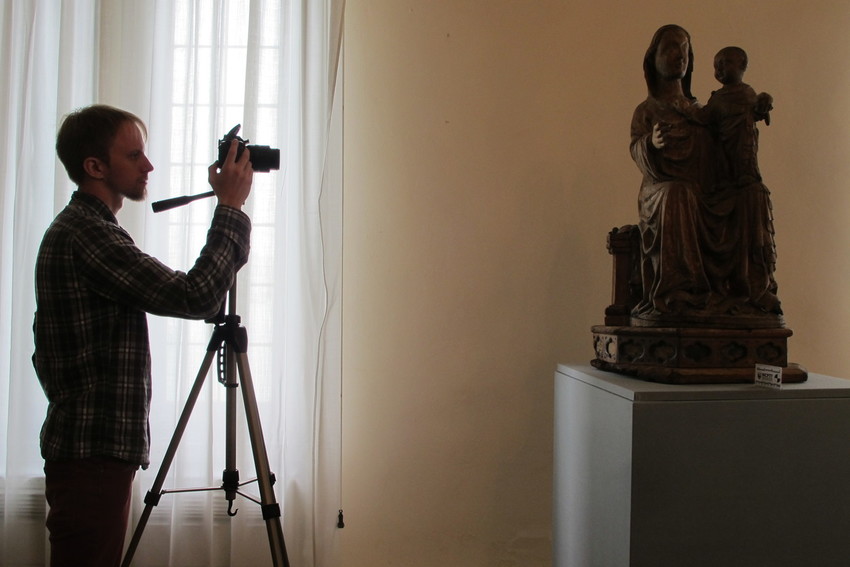 During the visit to the Fondazione Giorgio Cini, Adam Lowe explained the re-materialization process of Veronese´s Wedding at Cana. The facsimile installed in its original location provided a unique opportunity for them to perceive and understand additional information about this work.

The visit underscored the role of technologies in digitizing and preserving heritage. The Fondazione Cini uses Factum Arte´s Replica 360 Recto/Verso Scanner for digitizing its collection of manuscripts and books. Adam Lowe and Andrea Barbon described the advantages and applications of this system in recording and processing data. 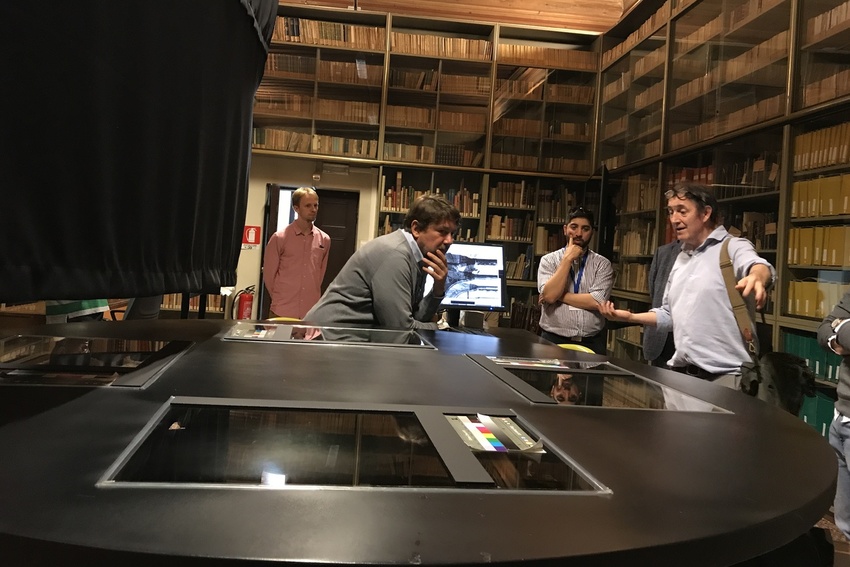 Adam Lowe and Andrea Barbon demonstrating the uses of the Replica 360 Recto/Verso Scanner during a lesson at the Fondazione Giorgio Cini.

After recording and training in Venice, the students travelled to Bologna to see the Polyptych Griffoni installed in October 2017 at the Basilica of San Petronio. Factum Foundation reunited the dispersed panels of this Polyptych and returned them to its original location in the Basilica. The Polyptych Griffoni was studied as an practical example of the uses of 3D data of a cultural object. 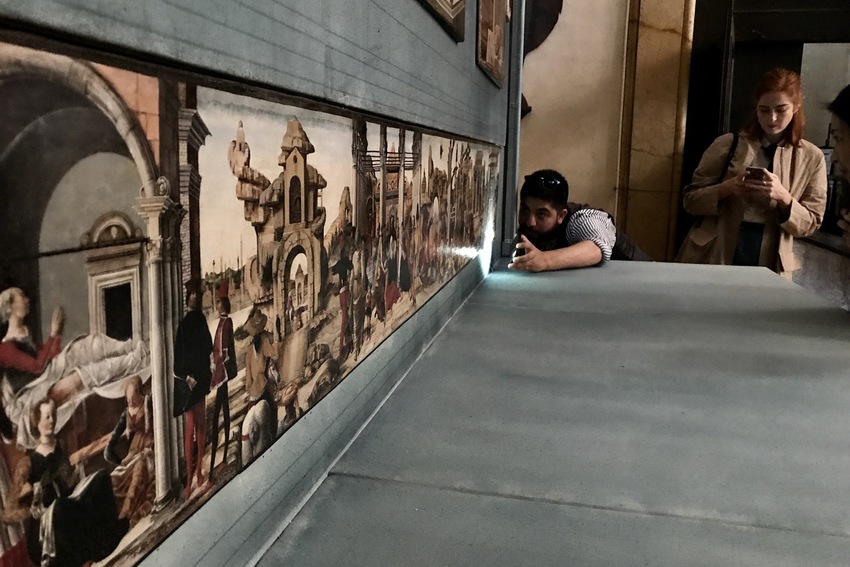 The students also recorded the Griffoni Polyptych installed at Basilica of San Petronio in October 2017.

Survey of the Refectory of Santa Maria delle Grazie in Milan
The training continued in Milan at one of the city's main landmarks, Leonardo da Vinci's Last Supper. The Refectory receives over a thousand visitors a day. Most of this masterpiece's surface has been restored over time and what remains of the original painting is in critical condition. 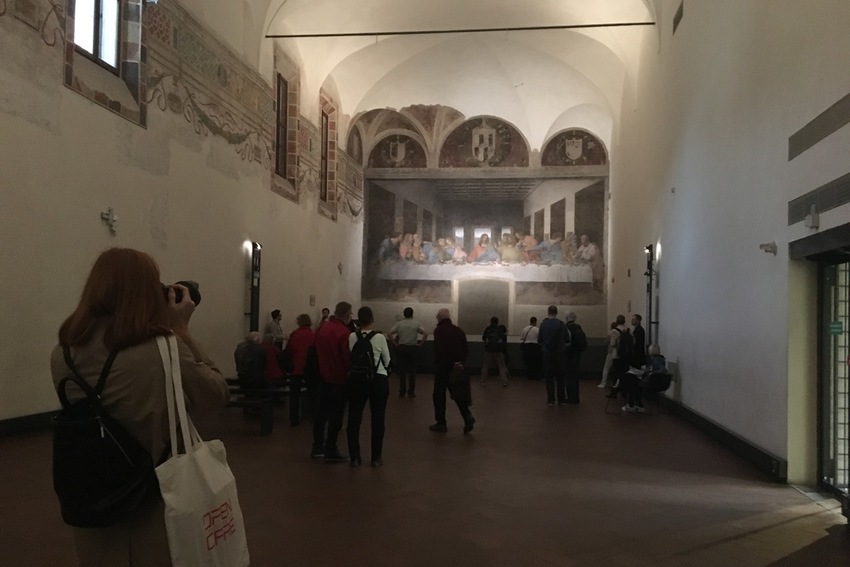 The students participated in a recording session at the Refectory led by Factum Arte´s Pedro Miró, Carlos Bayod and Otto Lowe. They digitized the walls of the Refectoryusing photogrammetric recording and high-resolution scanners, obtaining data for a virtual model. These models will serve as a basis for their preservation proposal in which they will be able to digitally restore certain areas.