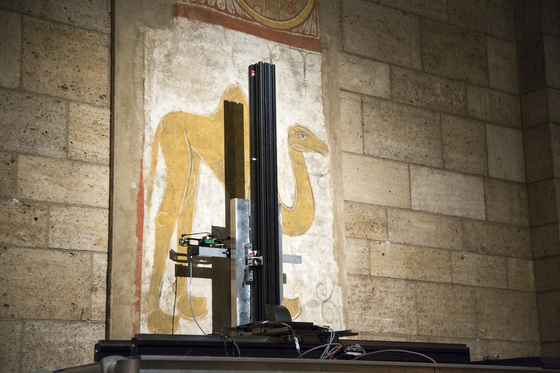 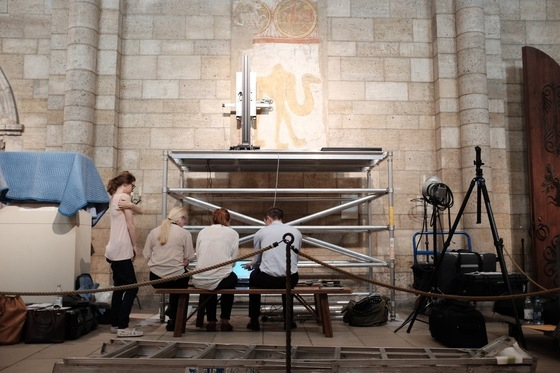 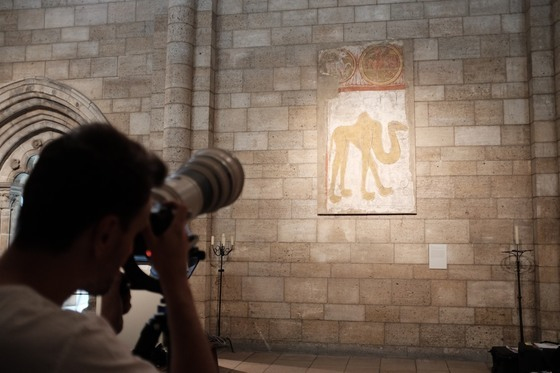 The 11th-century Chapel of Mozarabic influences is considered one of the best examples of Sorian pre-Romanesque architecture. Most of the fresco paintings that once decorated the interior walls were removed in 1926, transferred to canvas, and sent to various museums in the US and Spain.

Trained in using different recording systems, the students carried out high-resolution 3D and colour recordings of the Chapel in Casillas de Berlanga in Spain and digitized three frescoes preserved at The Met in New York. The colour and surface relief of the wall paintings at The Met Cloisters were recorded with the Lucida 3D Scanner and composite photography in September 2016 while the Chapel of San Baudelio was recorded using a Lidar Scanner and photogrammetry in October 2016.

The students digitally reassembled the data of the recorded fragments and proposed an arrangement of the panels within the Chapel. They informed their approaches using primary sources and research on materials and techniques. 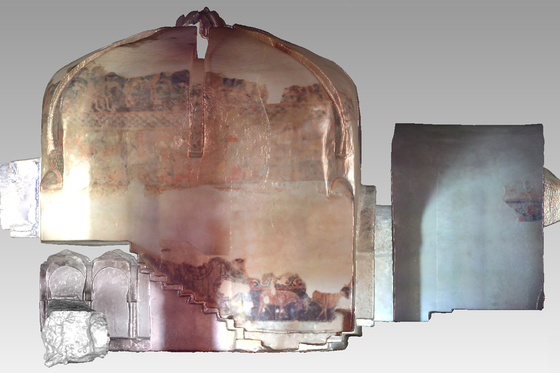 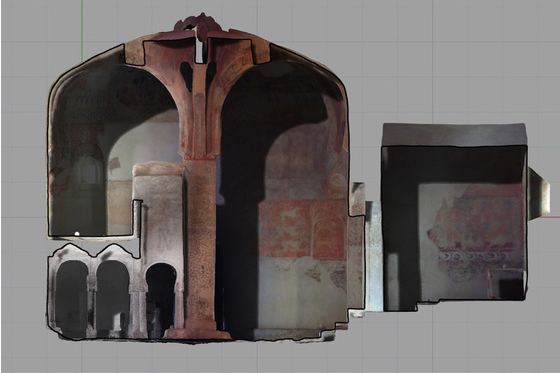 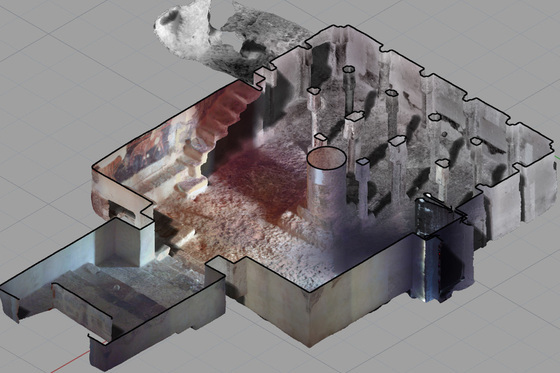 The goal of the training was for students to explore the potential of non-contact digital technologies in documenting, studying and preserving cultural heritage. 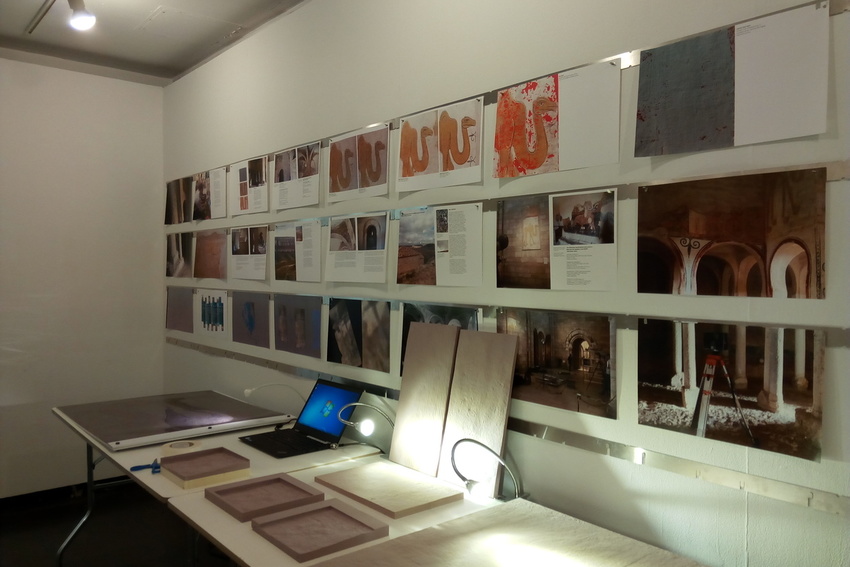