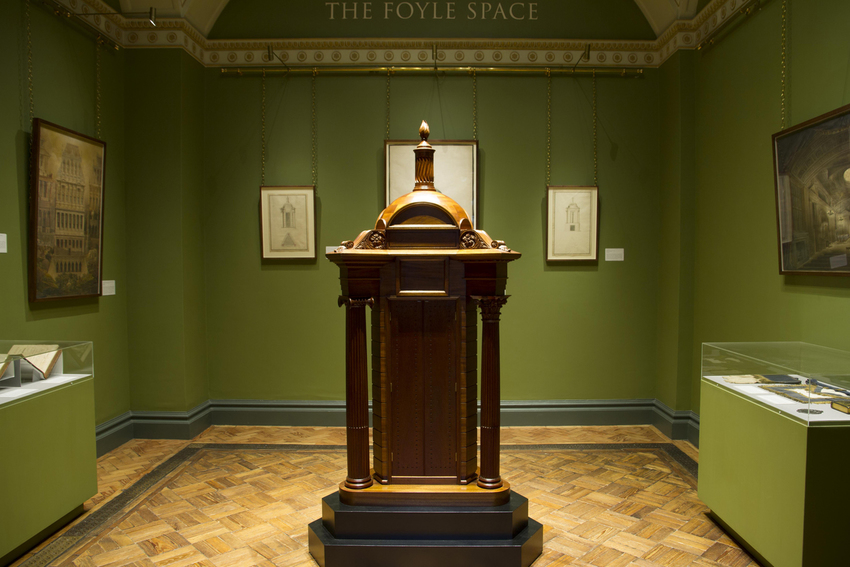 The reconstruction of the Ark of the Masonic Covenant.

To coincide with the tercentenary of the establishment of freemasonry in London in 1717, Factum Foundation organised an exhibition at Sir John Soane’s Museum exploring the celebrated English architect’s relationship with the masonic order, curated by Ferdinand Saumarez Smith. The centrepiece of the exhibition was a reconstruction of a piece of ritual furniture that Soane designed for the freemasons in 1813, but that was destroyed by fire in 1883: the Ark of the Masonic Covenant. The Ark was an ornamental cabinet intended to hold the document that concluded the union of the ‘Antient’ and ‘Modern’ Grand Lodges, two rival organisations of freemasonry that had emerged in the course of the eighteenth century. In its translation of a historical design into a three-dimensional object, the exhibition may be seen as a sequel to Factum Foundation’s 2014 exhibition at Soane’s Museum ‘Diverse Maniere: Piranesi, Fantasy and Excess’, which likewise translated a number of Giovanni Battista Piranesi's furniture designs into three-dimensional objects through rapid prototyping techniques and traditional craft skills.

A selection of masonic books from Soane's library

Around the reconstruction of the Ark were exhibited a number of Soane’s masonic objects and artworks, displayed to reveal the networks of meaning in which it existed. These included his regalia (apron, gloves and medal) and a selection of his masonic books: featuring James Anderson’s ‘Constitutions of the Free-Masons’, the foundational text of freemasonry, Laurence Dermott’s ‘Ahiman Rezon’, a representative text from the ‘Antients’ Grand Lodge, Alexandre Lenoir’s ‘La franche-maçonnerie rendue à sa veritable origine’, a work that explores a postulated ancient Egyptian origin for masonic ritual and William Preston’s richly-bound ‘Illustrations of Masonry’. 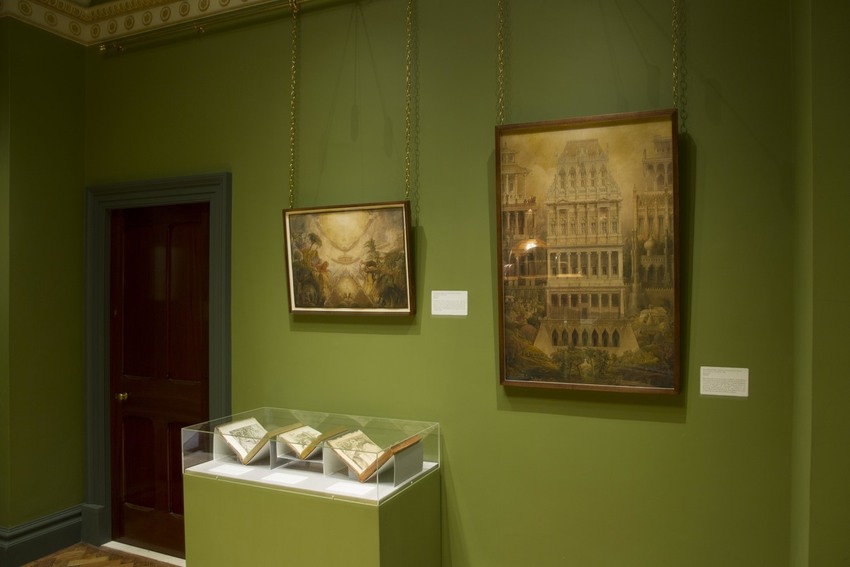 J. M. Gandy's watercolour 'Comparative Characteristics of Thirteen Selected Styles of Architecture' with a reflection of Soane's Ark of the Masonic Covenant.

Alongside these texts, three monumental watercolours by Soane’s collaborator J. M. Gandy were exhibited: ‘Interior of the Edifice Devoted Exclusively to Freemasonry… an Evening View’, in which the Ark can be seen prominently placed within Soane’s atmospherically-lit interior at Freemason's Hall, and the pair ‘Comparative Characteristics of Thirteen Selected Styles of Architecture’ and ‘Comparative Architecture Continued, an Emblematic Sketch’. These latter works can be seen as reflecting upon the symbolic language of freemasonry, in its employment of the language of architecture to express the moral development of the initiate.

To accompany the exhibition, Factum Foundation published a catalogue including texts from exhibition curator Ferdinand Saumarez Smith, Douglas Burford (like Soane a former Grand Superintendent of Works) and the architectural historian Dr James Campbell, see here. The reconstruction of Soane’s Ark was carried out by Houghtons of York and was generously supported by the United Grand Lodge of England. Following the exhibition, the reconstructed Ark will be on permanent display at Library and Museum of Freemasonry on Great Queen St. 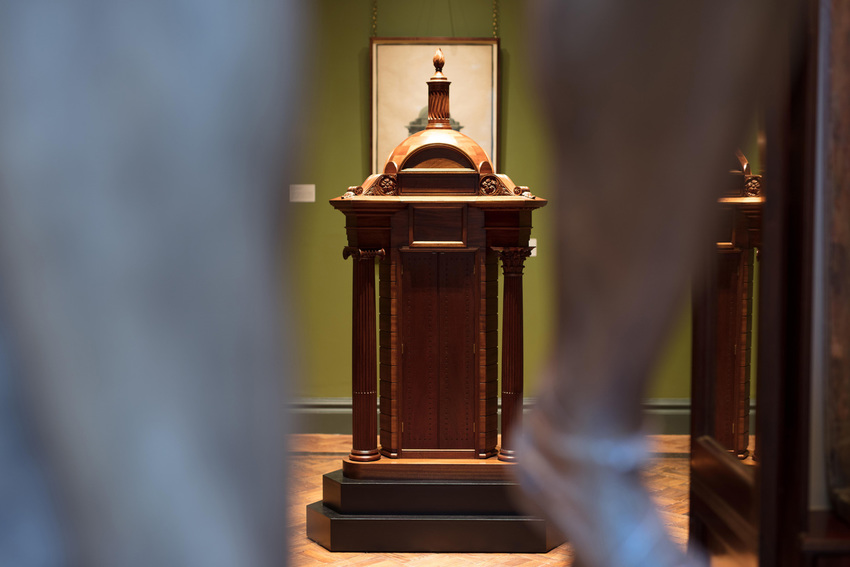 The reconstruction of the Ark of the Masonic Covenant appearing between the legs of Soane's plaster cast of the Apollo Belvedere.