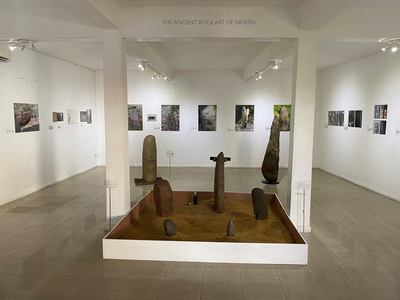 Factum Foundation has collaborated with the Trust for African Rock Art and the National Commission for Museums and Monuments Nigeria on the exhibition ‘The Ancient Rock Art of Nigeria’ at the Nigerian National Museum in Lagos (May 5 – June 2, 2022). The display is curated by Terry Little and Ferdinand Saumarez Smith, and is supported by the US Ambassador’s Fund for Cultural Preservation.

Two facsimiles of Bakor monoliths, made from data recorded in 2018 at The Metropolitan Museum of Art and the Musée du Quai Branly, are featured in the exhibition and will be returned to the Bakor region in July for permanent display at a new visitor centre at Alok, supported by the Carène Foundation.
An exhibition on the Bakor monoliths launches at The British Museum on November 17 2022.
More on the project 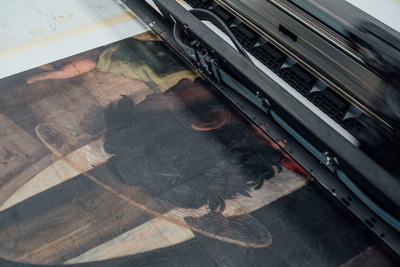 Following the surface, colour and infrared recording of the seven Raphael Cartoons at the V&A in 2019, Factum Foundation and Factum Arte worked on the making of the facsimile of Paul Preaching at Athens Cartoon for the exhibition 'The Credit Suisse Exhibition: Raphael' (9 April - 31 July, 2022) at the National Gallery.

As the original Cartoons are unable to travel, the recording and rematerialisation of the data is another example of how facsimile provide new ways to study, disseminate and display artworks, such as this series of preparatory cartoons made by Raphael for the Sistine Chapel tapestries, on long-term loan to the V&A by Her Majesty The Queen from the Royal Collection. 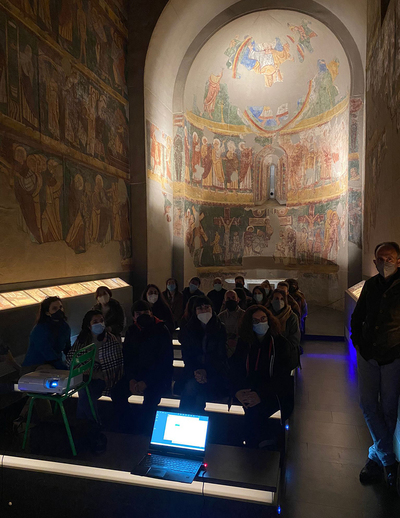 Factum Foundation is carrying out a new digitisation and training initiative focussed on the unique series of Romanesque wall paintings removed from the Church of San Juan de Ruesta (Huesca) and other churches that form part of the ‘French route’ of the Camino de Santiago. The aim of the work is to obtain high-resolution records of the current condition of the paintings (both in colour and 3D) as the base for digital restoration, and hopefully, facsimiles.

In the 20th century, the removal of paintings from churches in north-eastern Spain using the strappo technique was a normal part of their preservation. The wall paintings originally covered the apse of the Church of San Juan de Ruesta, and after their removal, the church lost its function and its meaning and fell into near-total disrepair. An extensive restoration project carried out by Sergio Sebastián Arquitectos has recreated a new space from the old ruin.

A team from Factum Foundation worked with a group of graduate students from the Universidad de Zaragoza's Máster de Gestión de Patrimonio Cultural to record the wall paintings, now within the collection of the Museo Diocesano de Jaca. As part of Factum's 'learning by doing' educational model, the students recorded in the museum and in the church, employing different recording methodologies to understand the strengths and limitations of each. They are now merging and processing the data and carrying out a digital restoration of the damaged paintings. 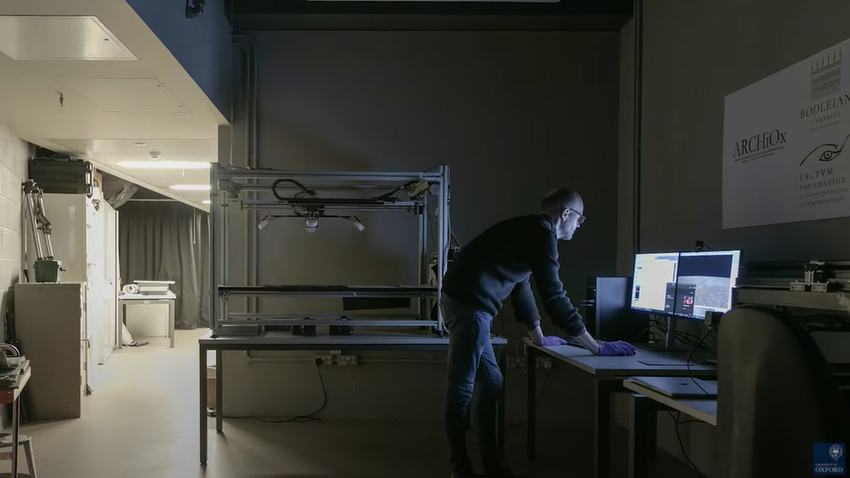 ARCHiOx (Analysing and Recording Cultural Heritage in Oxford) is an exciting new project partnership between the Bodleian Libraries, University of Oxford and the Factum Foundation, generously funded by The Helen Hamlyn Trust. The project will enable the practical transfer of knowledge and technology from the Factum Foundation to the Bodleian, including the permanent transfer of equipment and software to the Libraries.

More on the partnership
Video © University of Oxford 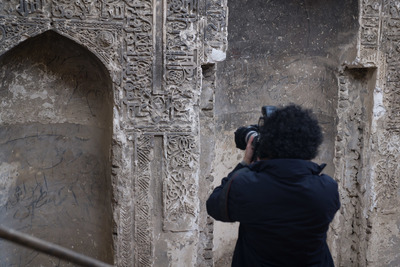 Recording the Mausoleum of Ikhwat Yusuf with ARCE

The Mausoleum of Ikhwat Yusuf is a Fatimid monument with later Ottoman additions located in Cairo’s Southern Cemetery at the foot of the Mokattam outcrop. The mausoleum is one of very few surviving Fatimid period (AD 969-1171) monuments in Egypt.

In March 2022, Osama Dawod and Otto Lowe arrived in Cairo and recorded the mausoleum’s stucco mihrab in high-resolution using photogrammetry. They also provided hands-on photogrammetry training at the site for inspectors from the Ministry of Tourism and Antiquities, as part of a field training program ARCE coordinated to complement its work at the mausoleum. 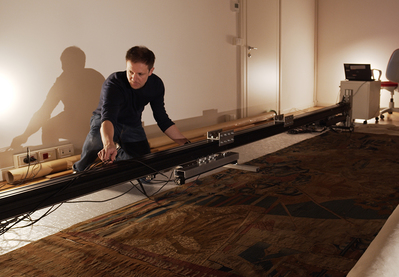 ARCHiVe has completed the first high-resolution digital recording of one of the great tapestries owned by the Giorgio Cini collection: The Entry into Palestine of the Army of Vespasian. Dated between 1470 and 1480, it was recently identified as the right half of another textile work within the collection of the Musée des Arts Décoratifs in Lyon, making its recording, conservation and restoration a priority for the Fondazione Giorgio Cini.

The digital documentation of the tapestry's surface is an essential step toward understanding its material structure.

More on ARCHiVe | More on the recording 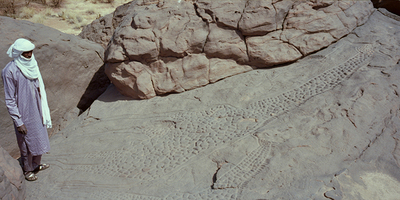 In February 2022, Factum Foundation accompanied the Trust for African Rock Art on a project to record the Dabous Giraffe, located in the Aïr mountains in the north-east of Niger.
The remarkable engraved panel contains lifelike depictions of a larger and a smaller giraffe, with the former measuring 5.4m, as well as a small human figure. It was recorded using drone-based and close-range photogrammetry. 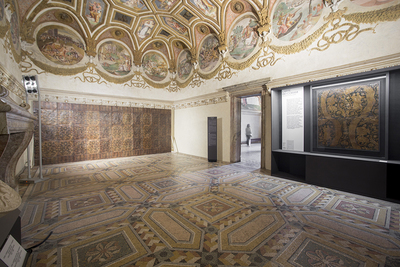 Factum Arte and Factum Foundation have worked with Fondazione Palazzo Te to recreate the atmosphere that once welcomed the guests of the Gonzaga family for the visitors of the exhibition Le pareti delle meraviglie (26 March - 26 June, 2022).

After recording a 17th-century Leather wallpaper with flower vases inside the collection of the Musée des Arts Décoratifs in Paris in January 2022, different sets of data were processed merged in Factum's headquarters. The modular nature of the corame allowed Factum to make a recreation fitted to the spaces of the Camera dei Venti. 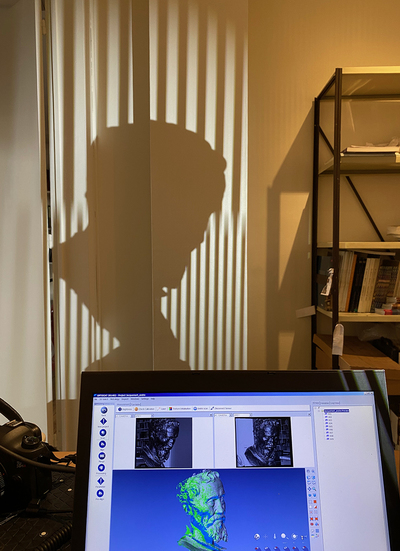 The bronze potraits of Michelangelo

Daniele da Volterra, a close collaborator and friend of Michelangelo, inherited the house of the artist in Rome after his death. In two years, he produced a number of bronze casts of the Renaissance master, which are often thought to have derived from Michelangelo’s deathmask.

The exhibition 'The Bronze Effigy of Michelangelo by Daniele da Volterra' (15 February - 19 June, 2022), curated by Cecilie Hollberg at the Gallerie dell'Accademia in Florence, reunites for the first time nine bronze busts from various collections around the world. Direct comparison has revealed both similarities and differences, and much debate still surrounds the 'genealogy' between the different casts.

Each of the busts was recorded by Factum Foundation’s experts using a structured white light scanner and photogrammetry, and during several months of work in the studios of Factum Foundation in Madrid, the busts were digitally "mapped" in their key points and correspondences, overlaid and compared in a unique research work.

The data was rematerialised as 3D-printed busts, which are on display next to their digital form and the original busts.

It is hoped that the exhibition will focus the debate and produce some informed responses. 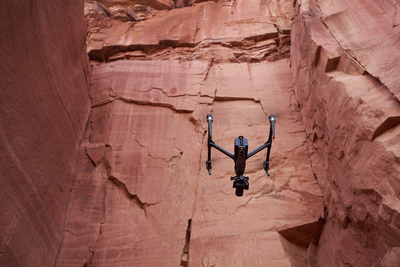 Factum Foundation and the Royal Commission for AlUla (RCU) are delighted to announce that the first phase of their collaboration is now complete. The largest high-resolution 3D recording project ever carried in the Kingdom of Saudi Arabia and initiated over a year ago, aims at producing a 3D model of the archaeological sites of Hegra (UNESCO World Heritage Site since 2008), Dadan, Jabal Ikmah and Abu Ud.

The data from the recording is currently being processed and will be handed over to the Royal Commission for AlUla in the first months of 2022.

Watch a preview on Vimeo